With Wolfenstein: The New Order came something that almost every other shooter lacks: the power of character. While many shooters do come with single player campaigns, they remain short, designed as more of a training tool for the multiplayer to come, giving the player an array of different armaments to play with and enough features that everything is taught through the narrative. Wolfenstein doesn’t have time for that, though, mainly because it doesn’t have a multiplayer, and Machine Games would rather focus on delivering an exceptional first-person experience than make another bland shooting gallery of a campaign. Wolfenstein delivers some of the most memorable characters, flanked by a quality story that every other shooter lacks. Wolfenstein II: The New Colossus takes it up a notch, doubling down an already stellar cast, giving them even more lime-light.

No need to rehash the story: Nazis are the leaders of the not-so-free world and things seem to be going from bad to worse for B.J. our shining star. Touching briefly on another outstanding feature in The New Colossus, B.J.’s health being vastly diminished not only makes the audience question what a hero looks like, but also allows for focus on the many side-characters throughout the story. This is doubly true because characters are being lost and gained rather quickly, all of it can be exhausting, with moments of quiet in between. These moments of rest are for when diving into who B.J. is fighting alongside can get some attention. It also gives way to the more sentimental and emotionally-driven dioramas in Wolfenstein. 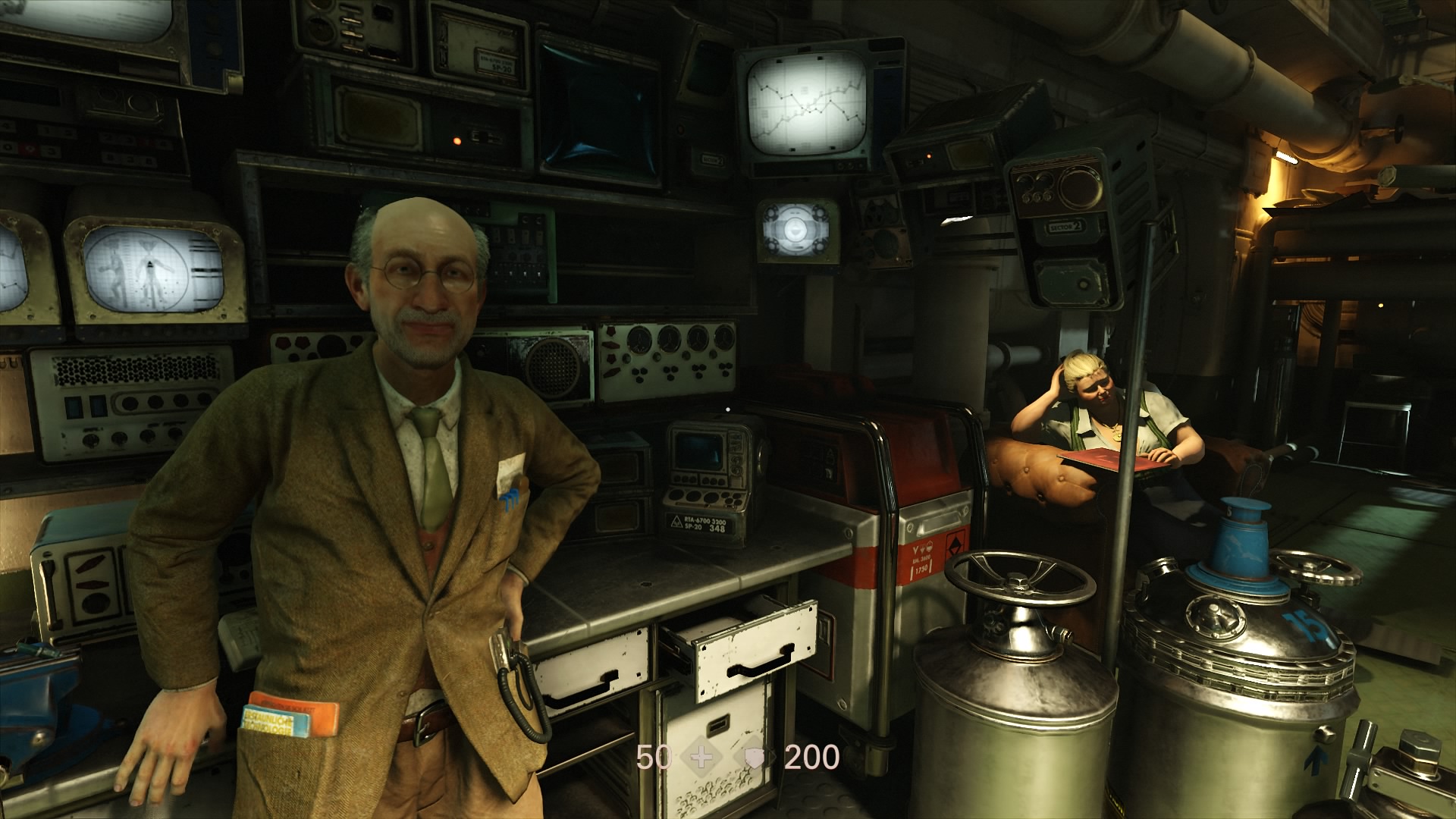 For a game with so much death in it, Wolfenstein II: The New Colossus has the heart of a mother. Not only is Anya (BJ’s lover/wife) pregnant with twins, but the American resistance leader Grace is also caring for child whom looks to be only a few months old. Then there is the exploration of BJ’s mother, and Sigrun Engel, villain Frau Engel’s daughter. The game is brimming with mothers, but isn’t trying to drown the player in themes of parenting. Where this does reflect is in the resistance ship-base BJ and crew call home. Nesting is the act of making a space up to feel comfortable, even if it might not be that comforting on the surface. And nesting can be seen throughout the HQ of the resistance: hand-painted signs liter the hallways, clothes hang on lines and everyone’s separate rooms feel like their own. This is of course a theme carried over from The New Order, because it works so well. Nesting in this sense is making the most of a terrible situation and finding comfort in the little things. Even if it’s just a hand-painted sign with a name on it. 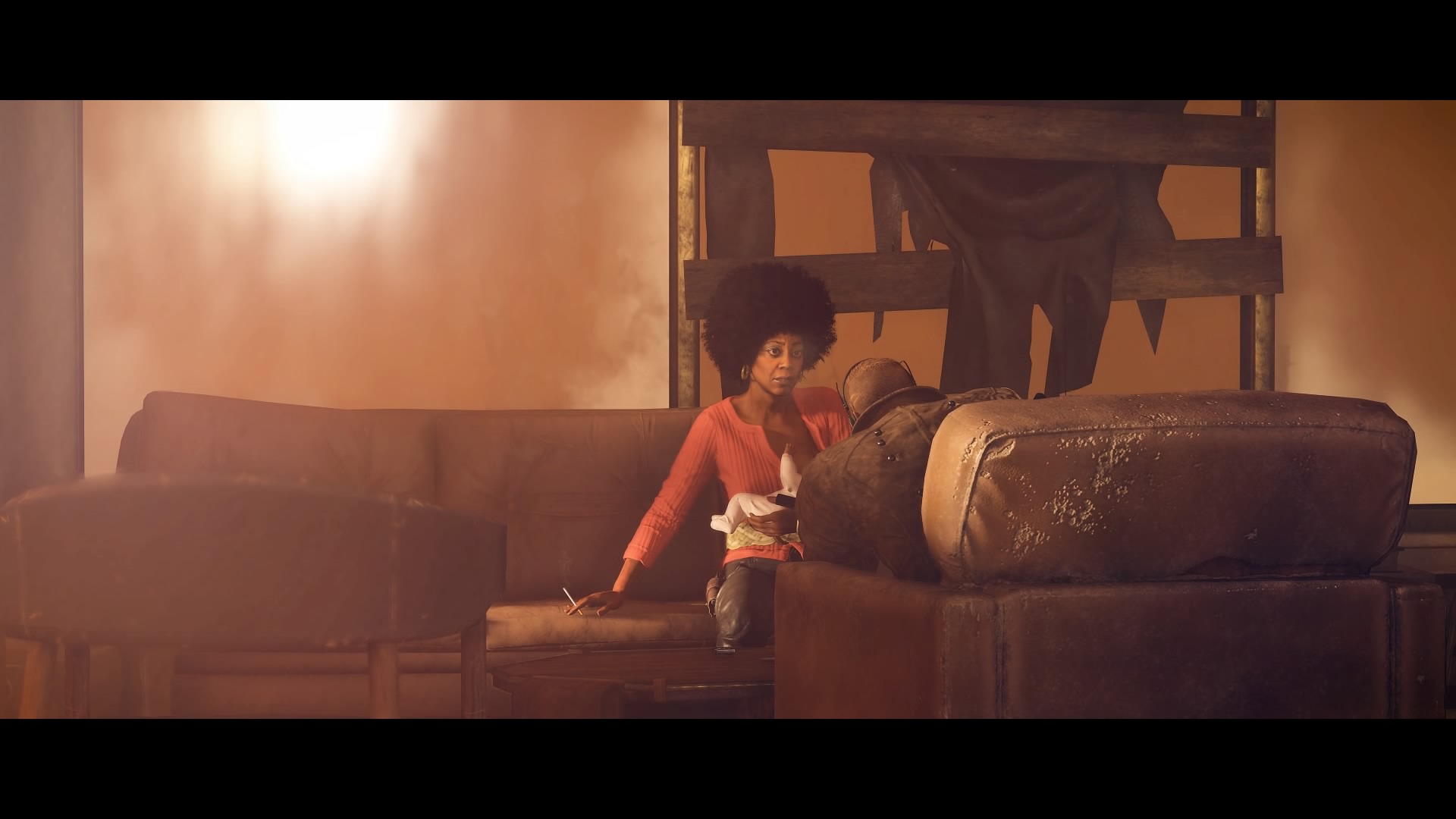 With such a large space to house a number of people, exploring the ship becomes fun. While BJ can’t directly interact with those around him, unless they are specifically giving him a quest, he can hang around long enough to learn more about them. It’s up to the player to see these moments, but they are worth it. They reveal a bit more about BJ’s crew mates, creating some of the more emotional moments throughout the game. Like when watching Set play chess against Max, only to get upset that Max somehow keeps winning. Or when Sigrun decides to burst out into one of her favorite songs. This is further helped by how much attention to detail has gone into making these moments come to life; they are things anyone has probably witnessed when hanging around others. These moments connect the audience to these characters, balancing with the ludicrous amounts of shooting throughout the game.

Wolfenstein understands it doesn’t need to go for the gut by always having the most dramatic set pieces exploding or actively harming the protagonist. People aren’t cookie cutter versions of stereotypes, although some might like to think they are, feelings are messy, complex and usually need time to grasp a full understanding. All of this is shown in Wolfenstein, as the personal battles people are fighting begin to show face towards BJ through his crusade. Those around him begin to break down, turn towards vice or worse. Others rise up or have already been elevated in knowing what they need to do. Both of these lines of thought make it even more important to understand who these people are when the time is available. 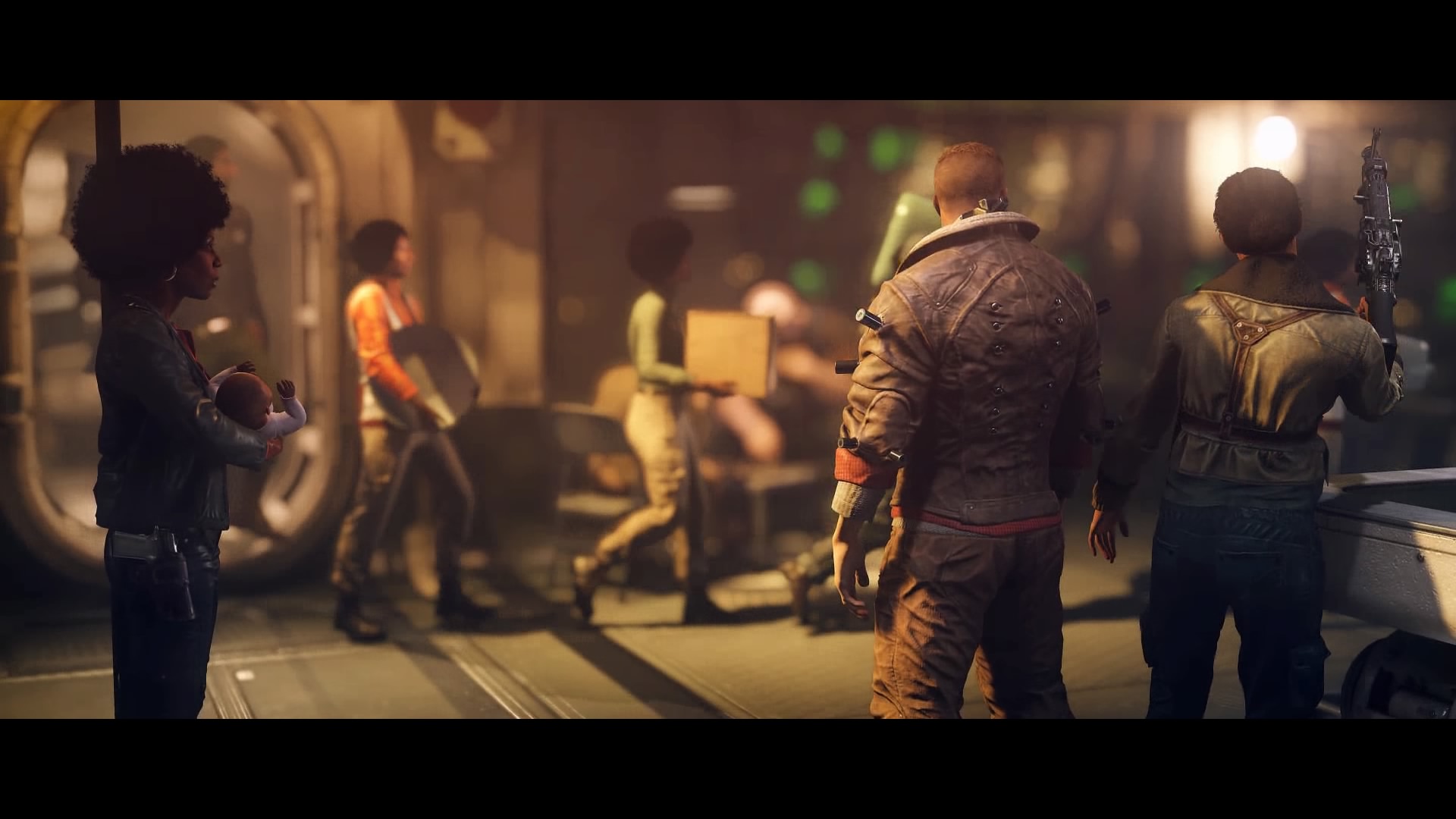 It’s not often a game can present the complexities of what makes us human, but at the same time these complexities can also lead to misrepresenting the message trying to be shared. The beginning of Wolfenstein II: The New Colossus is pushing boundaries, but it doesn’t mean the people being represented are portrayed in an accurate way. It also shows how important it is to understand this delicate balance with games that focus on character must pull off. For all it’s worth, though, Wolfenstein is leading the charge for action games in delivering a compelling, memorable story.