The Dreamcast was a remarkable system, and in some ways, years ahead of its time. While the dramatic increase in graphical quality compared to the PlayStation 1 and Nintendo 64 are often touted as why it was popular at launch — it really did have a feeling of “this is the future” in real-time. NFL 2K showcases the best-looking graphics anyone had ever seen in a football game, while NBA 2K did that for basketball and remains the go-to franchise for that genre to this very day. Sega’s swirl-infused system was short-lived as a commercial device, but did help pave the way for what gaming would become in the eighteen years since its debut in North America.

One small, but noteworthy, part of that was Sega Swirl — a full game distributed in a unique way. Every month, the Official Dreamcast Magazine had a demo disc and while that concept was nothing new, the ODCM one stood out by including a full game in many of its discs – Sega Swirl. This simple to learn, but tough to master puzzle game offered up some of the most exciting and enjoyable puzzle action on the device and wound up being one of the best parts of the Sega Smash Pack released on that device as well — which was marred with terrible audio for most things outside of that and a stellar version of Virtua Cup 2. 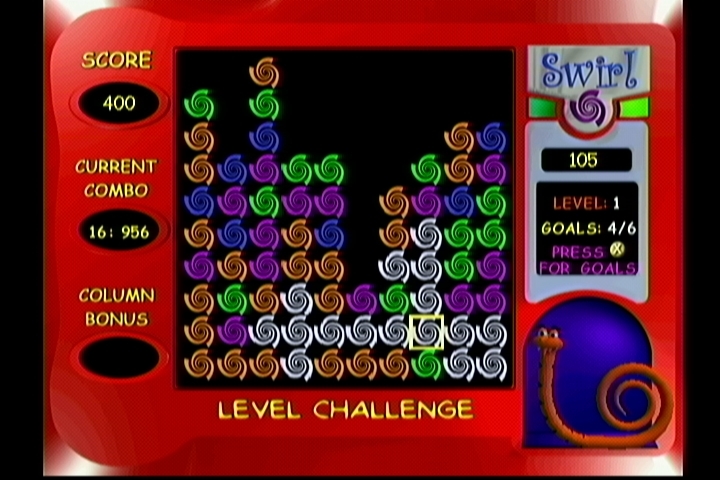 The demo disc was also known for including the console’s web browser updates — and once the 2.0 version of the browser was released, you could access Sega Swirl by selecting it on the left-hand side of the menu. The browser itself is long-gone, and the parts that remain are an amusing look back at the very-rounded era of UI design known as the early-00s. It’s a time capsule of a time gone by, but fortunately, Sega Swirl manages to live on via the browser despite not actually being a fully internet-playable game. You could, however, play the game via e-mail and upload high scores using a custom Sega e-mail address if you so desired. It’s amazing to see just how far things have come in eighteen years and even though it doesn’t feel like it, nearly double the amount of time has taken place between the Dreamcast’s launch and today than had passed between the release of Tetris and Sega Swirl.

The idea of Sega Swirl is very much like Puyo Puyo — only using the Dreamcast’s well-known swirl icon instead of a traditional jewel or block. You are given a large grid to work with and ideally want to combine as many swirls as possible into large structures so they will collapse. If you do this properly, your score will skyrocket. Doing this perfectly allows you to chain these large structures together and then topple them quickly. Beating a stage with haste isn’t always your end-game, but it does feel rewarding to just set out to beat a stage and then wind up with an A+ run where you don’t need to rely on too many single-swirl eliminations. 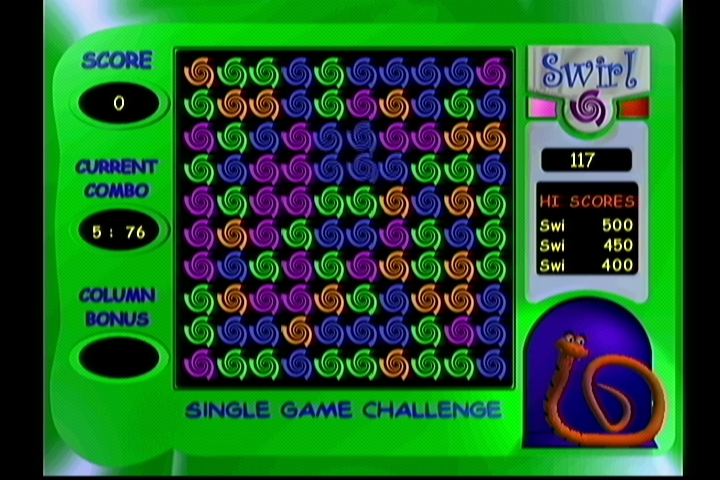 Going with two or three-swirl eliminations is bad enough and will drop your score a bit, but doing single digit ones cripples your score and causes it to go down. It’s one thing to learn the game well enough to know the basics — but mastering chains is the key to truly excelling. Facing yourself in either an endless or more traditional level structure works nicely. The best way to test yourself against the CPU, however, is using bots in a multiplayer game. Here, you not only have a small surface area to work with, but also have to compete with the speed of the CPU-controlled players. While the reduced screen size can be tough to navigate, thanks to the lit-up markers for each piece, it’s easy enough to figure out which piece you’re over while the bold colors make it a cinch to see which colors you’re working with. If you have a large set of swirls accumulated, you will see either a column or row of white over them letting you know that this is good.

However, you also want to check the surrounding pieces.  If you have a lot of single pieces, then it’s worth a little extra time to see if you can marry those pieces together after taking out your current large set. Sometimes, eliminating twelve in a row and then getting three after that is your best bet – but other times dame fortune will smile upon you and you’ll land a large row and then segue that into a slightly-smaller column to eliminate more of your board quickly. The gameplay is simple, but addictive and it’s amazing to see just how little has been done with Sega Swirl since the Dreamcast. 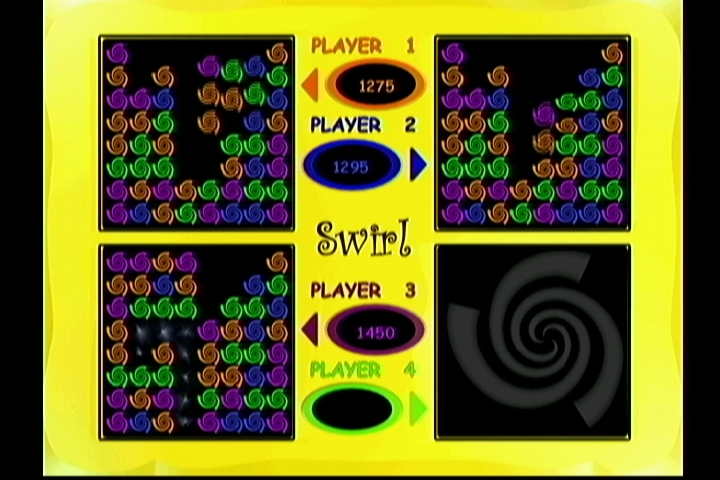 The soundtrack is light-hearted and amusing, and in today’s era of apps and easy to enjoy puzzle games, it would have a home on mobile devices. It would be a perfect freemium game and would fit in nicely with the Sega Forever service. Sadly, that doesn’t seem like it’s going to happen — but Sega Swirl did live on a bit with the Gametap online service. This allowed you to play a myriad of games via a PC program and one of those games was of all things a sequel to Sega Swirl that was exclusive to the service. It never received a proper PC download release publicly, which is a shame since it would be nice to see the Sega Swirl name live on in any form possible. With the Sega community being so full of die-hards, maybe it will get an unofficial release one day — or better yet, maybe Sega will release it on Steam and give the game a second chance at life. Heck, it would be cool to play it on a console as well and with the Xbox One’s Edge browser enabling controller-based games on it, it would be a great fit there.

Sadly, none of these things seem likely — but fans can always dream. As long as fans dream, there will be people wishing for a Dreamcast 2 or for Sega returning to actual hardware. Realistically, the best hope modern-day gamers have to play this via an official means would be either through a Dreamcast Classic release of sorts as a physical device that would include it or by finding a Dreamcast demo disc with it on there. You could try getting it on the Sega Smash Pack, but the emulation on it is terrible, so you would really be buying it for Sega Swirl and Virtua Cop. 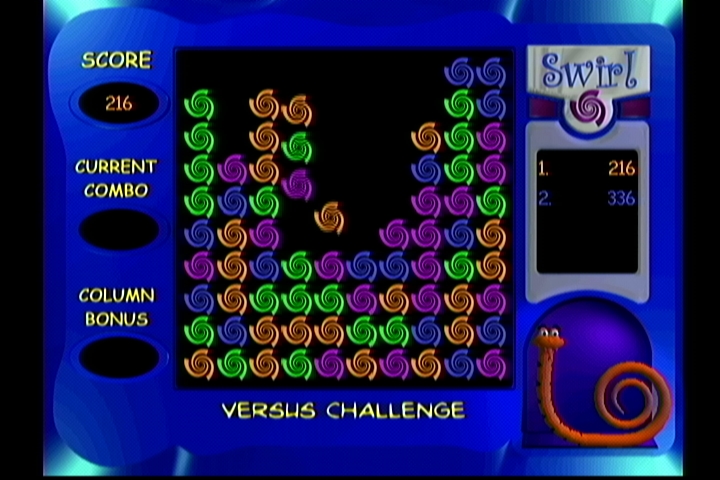