Elgato Gaming has made a name for themselves as the leading manufacturer of consumer grade capture devices. They quickly saw a growing market of people all around the world looking to share their gaming experiences and jumped on it. In just a few short years since they released their first Game Capture HD device, the gaming division of Elgato has grown exponentially in becoming a household name when it comes to capture technology, and rightfully so, as they have been at the forefront of plug-and-play technology. I still remember back in the day having to buy an ATI All-in-Wonder 9800 Pro just to record PlayStation 2 footage, and looking back on it, it was a complete pain to set up. Even though they already have a lock on the mainstream, Elgato has been moving a little more into the enthusiast market recently with the release of the internal HD60 Pro, and their latest product only helps strengthen their position. It only makes sense that we’d see a 4K capture card from one of the three major manufacturers, especially considering the incredibly powerful Xbox One X just hit, and having spent some time with the 4K60 Pro, it has left a strong impression on us.

Aesthetically, the 4K60 Pro is an incredibly appealing package. Right when you open the box up, you’re greeted to a minimalist package in that contains the capture card and below it is a high bandwidth HDMI cable and a simple installation booklet. This is a premium product and Elgato wants to show it as the 4K60 Pro is displayed with the stylized backplate that more companies need to take advantage of. While manufacturers like to put all their effort on the frontal design, no one likes looking at a circuit board, especially if it’s taking up the top component slot. Other than that, it looks similar to Elgato’s HD60 Pro, including the HDMI in and Out ports, except for one key difference: it requires a minimum 4x PCI-e slot. This allows more bandwidth to streamed through the device, ensuring you’re able to capture footage at such a demanding rate.

The Elgato 4K60 Pro is a powerful piece of hardware, meaning that it requires a beefy computer to properly utilize it. The minimum requirements are set at an Intel Core i7 6xxx series or Ryzen 7 CPU, with an Nvidia GTX 10xx or AMD RX Vega GPU. These aren’t the most outlandish requirements you will find, but for recording gameplay footage, they could pack a wallop to any streamer’s bank account, especially if they’re used to Elgato’s 1080p60 devices. You might be able to get away with a comparable i5 series of Intel CPUs, but even then, it’s probably not advised as it might cause hiccups in your recording, including frame loss, freezing or other undetermined issues. Installation itself is easy as you just need to slot it into an open PCI-e 4x/8x/16x slot and the machine should recognize it immediately. No unnecessary power cables that graphics cards, hard drives, DVD drives and other components require. Even Elgato’s brand new software platform is easy to set up and the signal will be automatically recognized.

While everything is easy to install, in the end, all that really matters is how the card performs. The short answer is that it works; it works very well. Provided you meet the required specs listed above, the Elgato 4K60 Pro can easily capture 4K footage without many hitches. You’re able to record upwards of140Mbps, and the card is even capable of capturing at half-step resolutions such as 1440p on their built-in software, which is a pleasant surprise for someone such as myself who generally plays PC games at that resolution. We did run into a couple of issues recording that fortunately weren’t entirely represented in the final rendering. This includes a couple of frame drops, and oddly enough, sound anomalies that would add static to the audio. Fortunately, as mentioned above, these were not represented in the final video, with everything being smooth and crystal clear. It only occurred through the 4K Capture Utility program’s video preview. We also occasionally had some trouble with the software itself, primarily not properly shutting down its background processes, thus forcing a manual closure in the Task Manager to actually start it up again. These are minor issues that never truly disrupted our time with the device. 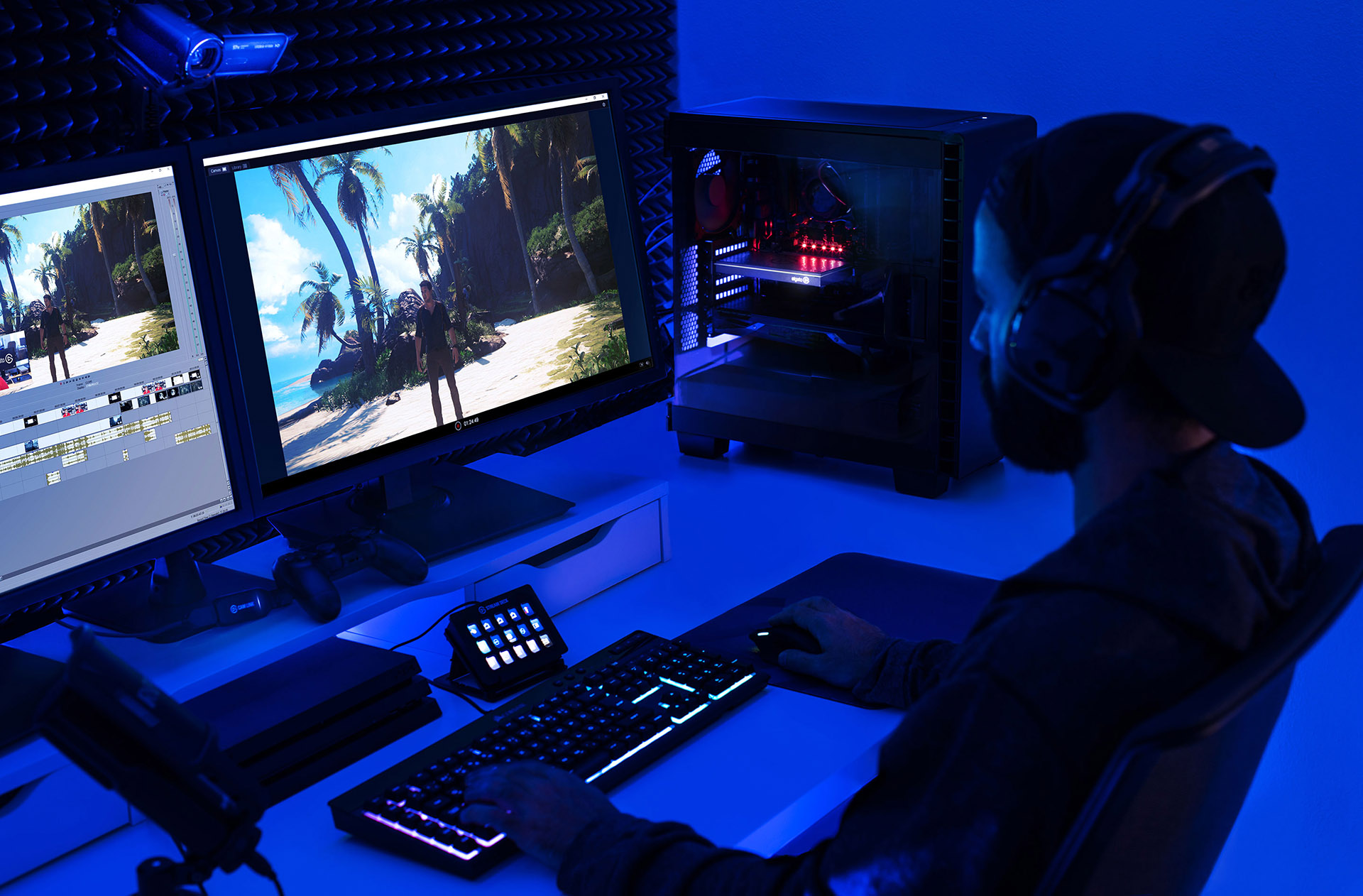 Speaking of the software, Elgato now requires a new program outside of their standard Game Capture for Windows. This is merely called 4K Capture Utility and is simplistic, although that’s probably for the best. You have a big preview of the HDMI signal taking up the vast majority of the program, with most of the buttons being relatively small comparatively. You’re able to change the bitrate on the fly, alongside the various resolutions and framerates. It supports 720p, 1080p, 1440p and 2160p, all of which have 30 and 60 fps options. Due to the fact the card only supports HDMI, you won’t be doing any retro gaming on it (unless you have more modern iterations such as SNES Classic). Outside of that, there’s HDMI Color Range and Input EDID Modes, Video Encoder options (GPU or software based) and the ability to reduce the preview resolution during recording. The program will also automatically check for updates, and best yet, give detailed patch notes and what’s currently being worked on.

Even being a bit picky, not a whole lot is bad about the 4K Capture Utility, but there are a couple things that could stand to be improved from a UI perspective. For example, I do wish the record icon would change into a stop icon when capturing footage, only because I found myself having to rely on the timer more times than not. The bitrate slider also feels touchy, especially when dealing with a larger spectrum of options. It should have been simply a field to enter a desired bitrate, but our 4K60 videos will have to settle for an extra .1Mbps. The screenshot button in the bottom right of the program is just there. There are no options or any real feedback when you press it, so it took me a few days to realize that it was capturing stills and putting them on the desktop. In addition, there’s no streaming capabilities, forcing users to use other programs to get the job done. Finally, it’s too bad the software doesn’t have the ability to setup swappable profiles, instead it forces users to readjust everything in the menus each time they go from platform to platform or game to game. There are a few things that could be improved upon in the 4K Capture Utility, which are more than possible via updates, but this is more than enough to get the job done for a 1.0 release. And if you don’t like the built-in software, you can always use third-party programs such as OBS. 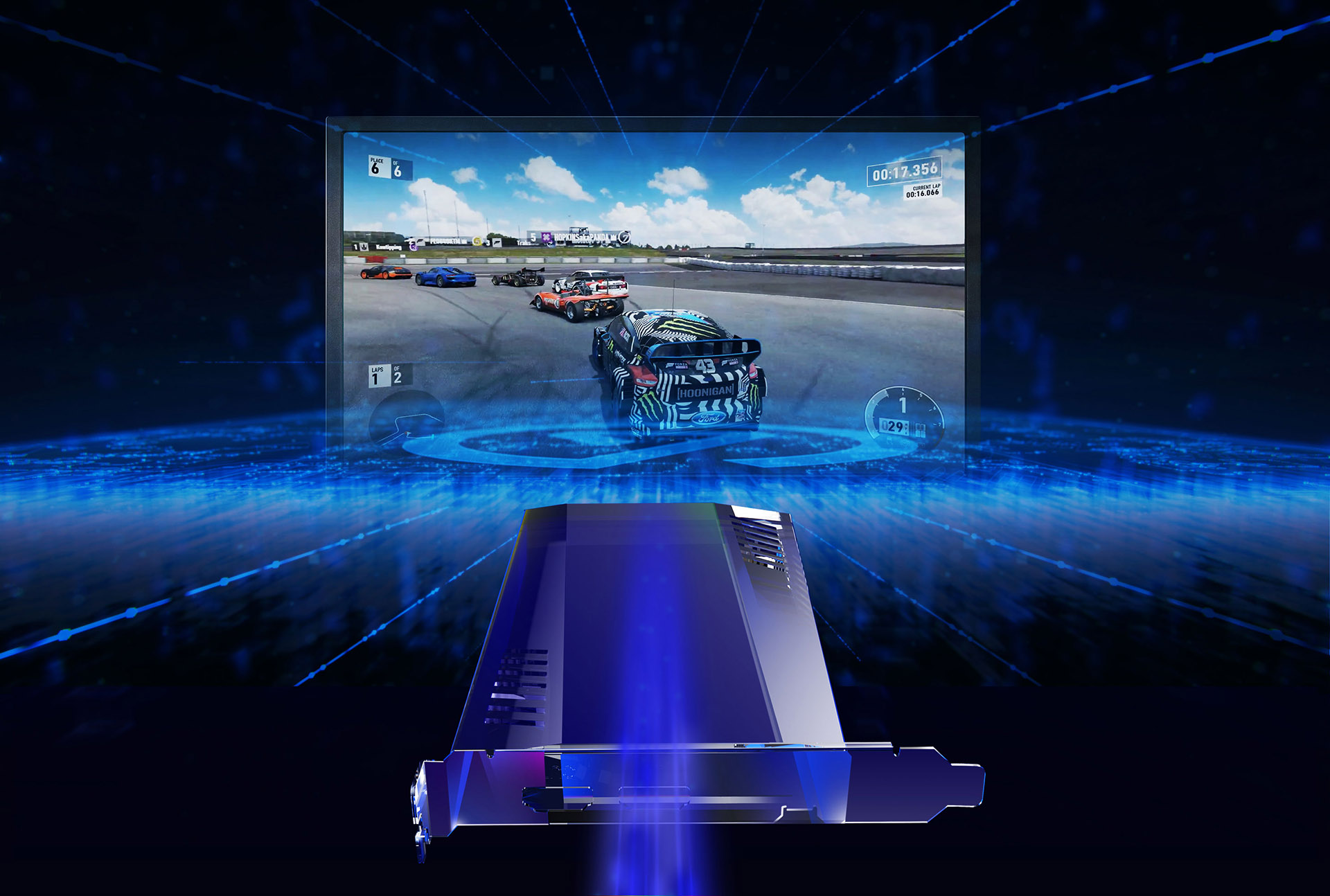 The Elgato 4K60 Pro can be a hard sell right now, not because of its capabilities, but because of the current marketplace. While we have the availability of 4K video game content, mostly thanks to the Xbox One X, it’s all about the viewership and the adoption rate online. More and more users are obtaining televisions and monitors that are capable of viewing 4K content, but it’s still difficult to get someone to upload a video that’s 3x the bitrate of the prominent 1080p standard, especially at $399. Granted, even at the price of most modern consoles, it’s an incredible value for what you’re getting, especially factoring in the card’s ability to do 60FPS at such a high resolution. While the new software Elgato supplied could use some alterations, it’s still a sleek and easy-to-use program, especially for a 1.0 release. The Elgato 4K60 Pro is more of a future-proof device than anything else, setting things up for when 4K is more of an industry standard. With this device on the market, it paves the way for future content from both media and YouTubers alike.