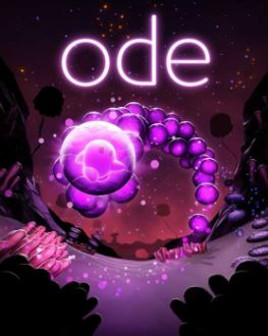 The evolution of video games has been incredible in the decades since the medium was first created. What began as simple entertainment programs have transformed into vehicles for intriguing and emotional storytelling, with musical scores and cinematic presentations that can compete with any Hollywood blockbuster. While these changes are welcome and a contributing factor to gaming becoming more of a mainstream pastime, there is something to be said for the classic style of games where the fun of the gameplay itself was the only factor that determined the interest level of a game. Ode is one such game that is designed around the fun of actually playing it, intending to sell itself simply on the merits of the game mechanics without a deep story or A-list celebrity voice actors.

That’s not to say Ode is a throwback title. It actually feels modern and provides a unique experience, but has the same pick up and play quality many classic arcade games had where the story is nonexistent or may as well be. The player takes control of Joy, a fallen star who has landed in a place filled with tucked away light and sound. Joy is somehow contained inside some stellar grade hamster ball, but this allows her to travel about freely and turn the environment into a musical lightshow. There is a story, which needs to exist to provide context for what the player is doing, but this is not a game that has a heavy focus on the narrative, which is to say it has a virtually nonexistent focus on the story. Instead players freely guide Joy throughout the environment, exploring at their own pace. Joy is able to collect balls that form a segmented tail, much like the Nibbly Pibbly’s from Snake Rattle N’ Roll if anyone remembers that game.

Ode is pure in that it exists purely for the sake of enjoying its presentation. It features exploration and platforming, but the element of danger is just as present as the plot. In other words, there is none. There are no malevolent creatures trying to take away all of Joy’s joy. Missing a jump in some high altitude platforming means Joy will have to find her way back up there or keep searching to activate whatever she needs to in order to make passage possible. There are four distinct worlds to explore, none of which are all that massive. There is no time limit, so it’s up to player whether or not they want to try to speedrun the game or take their time and explore their surroundings at a leisurely pace and play with everything the environment has to offer. 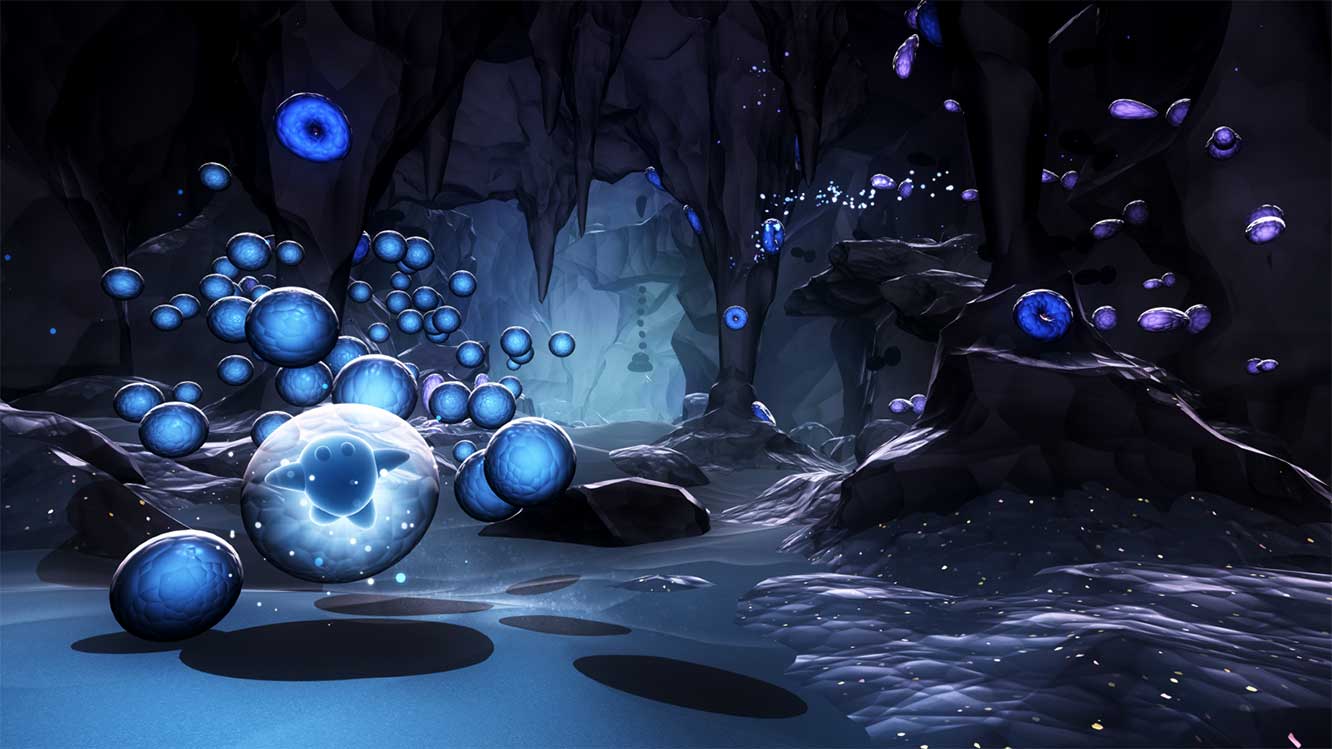 By now Ode might be starting to sound rather boring, but that is actually an untrue assessment of it. At the start of each level things are quiet and bland. Interacting with the environment will sound musical notes and while Joy builds her Nibbly Pibbly inspired tail, these segments can break off and cause changes in the environment. Using the shoulder buttons, the player can throw or attract these segments which can bring dormant structures to life or create updrafts to ascend to new heights. Dangling tendrils from the ceiling can swing Joy around the world like Tarzan, assuming Tarzan was a star-shaped blob confined to a hamster ball.

The exploration and interactive music is the real heart of Ode. There is no score being kept or any real challenge and the puzzles are so simple they can barely be called that. With four worlds that are unlocked through linear game progression, there is a clear end to the game, but this is one of those titles that is more about experiencing and enjoying the journey instead of reaching the endpoint. Ode is designed to be a relaxing, joyful experience where the sights and sounds of the world transform and bring the environment to life while the player progresses through the game.

The game mechanics are simple, the shoulder buttons are used to throw and attract segments either to or from Joy. Left stick moves, right stick adjusts the camera and there’s a jump button. The throw/attract functions do provide some fun activities and make progression a bit quicker, but even though this wasn’t tested during the review, it’s probably possible to complete the game without even using them. The music is calming, although there isn’t any set background music besides what sort of music results from the player’s actions. The environments are imaginative in their design and watching them come to life is surprisingly enjoyable. Ode could be marketed as being ideal for young children due to its safe subject matter and sensory stimuli, but it can be enjoyed by anyone. 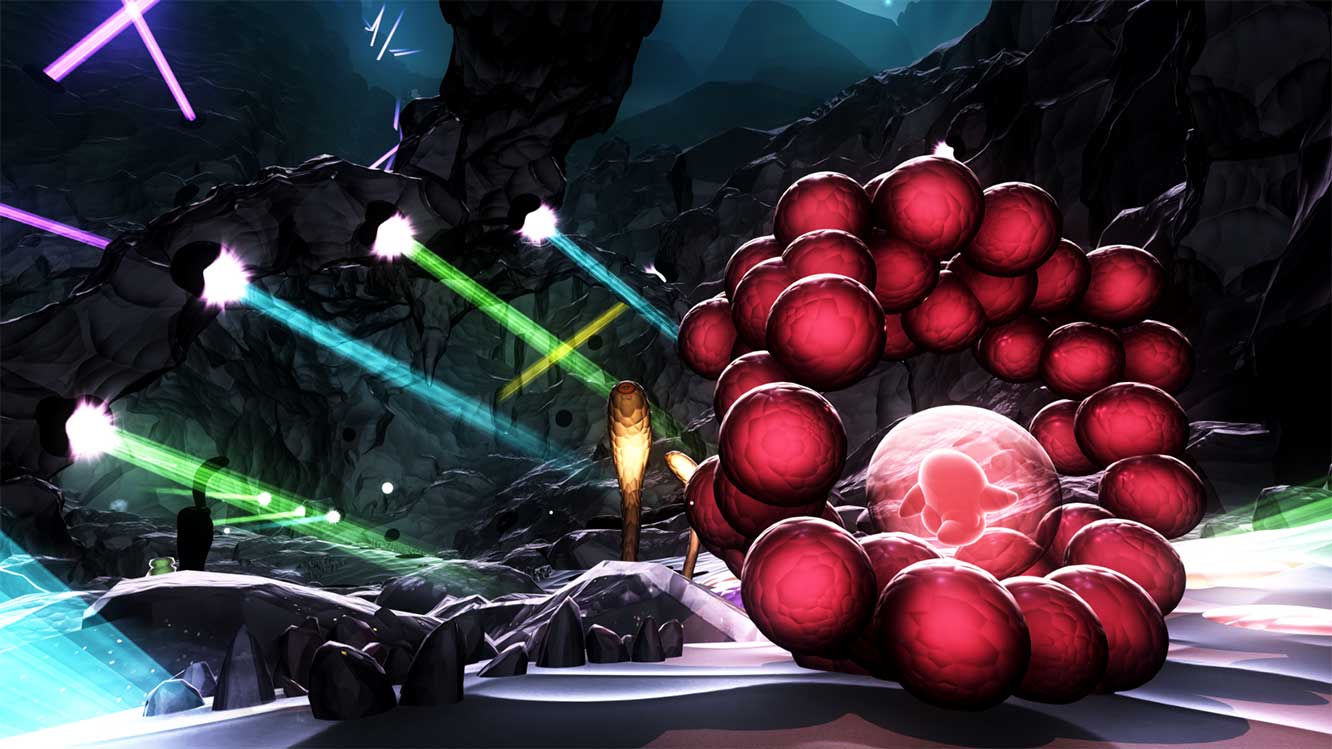 Ode is a unique mix of platforming, exploration and music. It’s accessible to everyone and can be enjoyed by casual and hardcore gamers alike. As much as it succeeds at providing a unique experience, it also fails to scratch a lot of the common gaming itches. Ode is short enough to not overstay its welcome and simple enough for something to pick up and play when you’re in the mood for something different. It’s not a title most people will want to play all the time, but every now and then it can be the perfect title to break up the repetition of more traditional titles.