Looking back on how video games were generally sold, things like collector’s or limited editions used to be quite the rarity. Sure there might have been a pre-order bonus from retailers here and there, but getting a collection of special items alongside games was usually left for special releases. These days collector’ editions have become increasingly common, with some indie titles even able to receive special physical collector’s editions with bonus items. The question is: are these worth the price tag they’re given? Judging a game by its price comes with many mixed opinions, but judging bonus items is something everyone should be able to know in order to see if that special edition is truly worth picking up.

The start off figuring out the full price of a collector’s edition is of course the game itself. Average price these days range from $39.99-$59.99 depending on system or type of game, while indie titles largely vary in price. One of the most common items seen in a special edition is a soundtrack, or sampling of said soundtrack depending on the size. A smaller sampling soundtrack would come to around $10-$15 if it’s a smaller number of tracks, while a full soundtrack that would be equal to around $30-$40. Posters are another item easily slipped into limited editions, as they’re simple to produce. If the posters are tear resistant, which is most common due to their durability, these can go for around $10 for larger sizes while cloth posters will run about the same price if not slightly more. 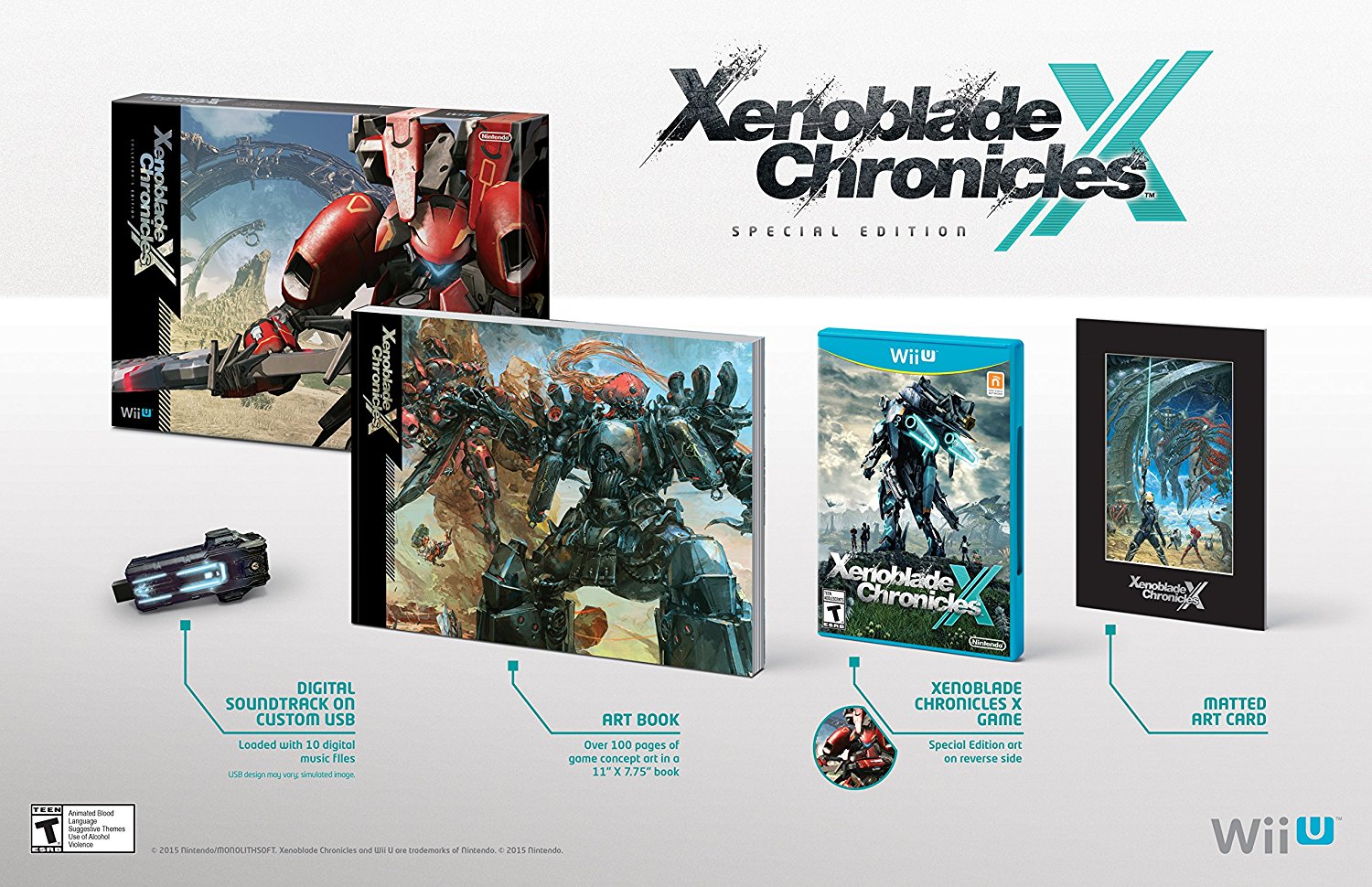 When it comes to art books, judging their worth can most often come down to the amount of pages. An art book with less than 50 pages will be about $10, anything with 50-150 pages can run about $15-$20, going over 200 pages will be worth around $25-$30 and is usually about the maximum included in most collector’s editions. This doesn’t take into account these books being hardcover, in which case that can add about $5 to the price tag. Steelbooks, which are nice metal cases for the CD or cartridge, have become increasingly common in special editions due to their nice structure and use of special art on the cover. They’re great for display or just keeping games on the shelf looking fancy and on average run about $10. Short stories or comics are often included to add a nice little extra story and run about $5 to $10.

Figurines are one of the hardest items to put a price tag on for collector’s editions, as their prices vary more than other items included. Small figurines, under around 5 inches, will run about $30-$40 each. Larger figurines, depending on the size and level of detail, will be worth upwards of $50. In the rare chance it’s a huge figurine that is hand painted, these can be worth $70-$100, but are unlikely to be seen in most limited editions. Any figurines included that are able to be posed will generally be worth around $15 more than the pricing listed here, especially if they come with alternate item pieces or face plates. 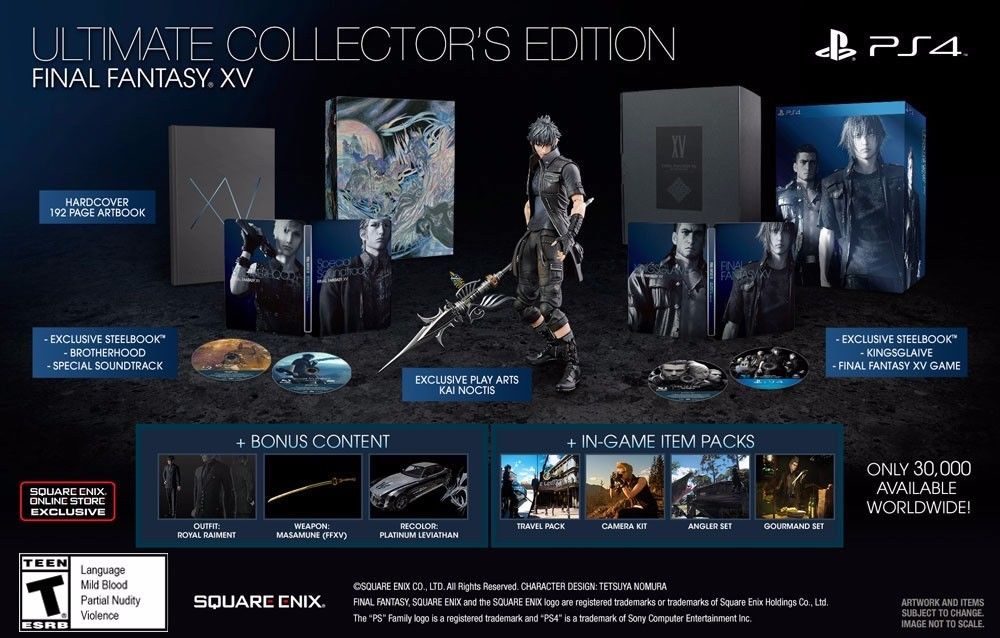 Often in the mix is a collector’s edition box itself. Frequently this is just a flimsy cardboard box reflecting the cover art for the title, but some will include nice sturdy boxes that have the unique art showing off characters, gameplay or the world players will dive into. These are a bit harder to put a price on, as it isn’t an item commonly sold otherwise, and the value can vary from person to person. Some might throw out the cardboard box as it takes up a larger amount of space, while others might enjoy keeping it to display. For those looking for a price to be set for these boxes that hold the treasures inside, these can run about $5-$20 depending on how well they’re made. This is often hard to tell with just a photo of the collector’s edition itself, so it may be best to leave this out when adding everything up unless it mentions the exact make of the box.

Alongside the bigger items listed so far, small items are often added in for a nice mix of loot. Art cards and lanyards will generally be worth $2-$3. Any keychains will be worth $5 each if plastic or rubber, and around $10 if metal and on the larger side. Pins will be about $3-$7 depending on if they’re simple button pins or sturdy cut out metal ones. Some limited edition’s will come with bonus DLC, including costumes or story which is often released at a later point. Costumes will usually be around $2 each, while extra story content can hugely vary and is best added by checking the price set by the publishers if it’s been released. 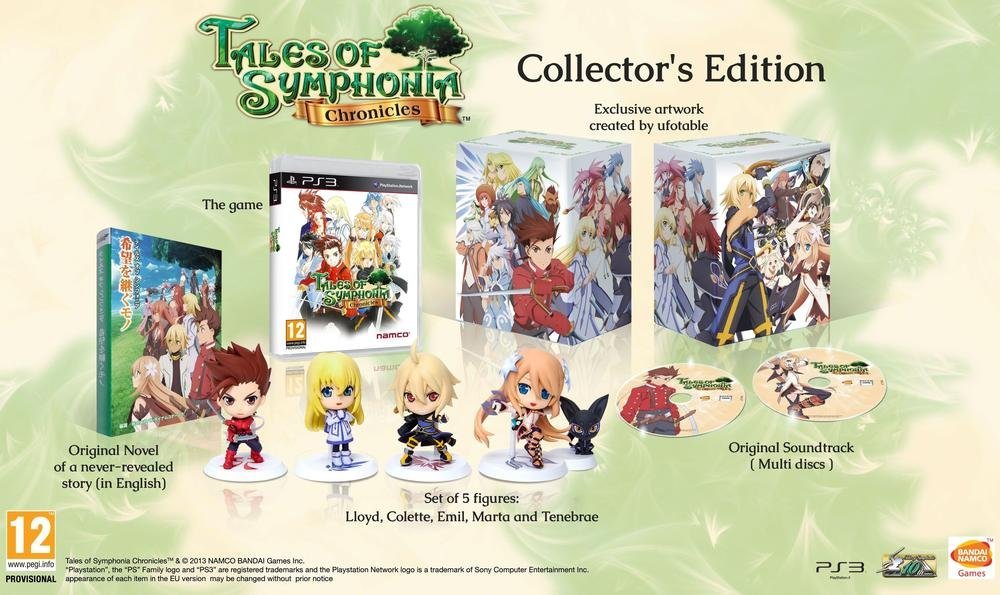 Finally, some collector’s editions will include wholly unique items that are hard to put a price on. Some include replicas of in-game items like mirrors or unusual additions like character book ends. There’s no real way to put a set price on these between all limited editions, but the easiest way to take a guess at it would be to look up the closest similar item of the same size. Plastic items will also usually run cheaper than metal of the same object, but depends on size to determine the difference.

At the end of the day, the price of a collector’s edition may not be important to someone if they are truly invested in the title and want it no matter what. An item’s worth can easily vary from person to person, with figurines not being interesting while a soundtrack or art book easily catches their eye. It’s always good to take note of the fact that many of these items are limited to these special editions and often won’t be for sale otherwise making them future rare collectibles. Do keep in mind that the prices here are simple estimates and can vary from one to the next, but for those looking to check if that price tag is worth the overall package, hopefully this helped just a little bit.