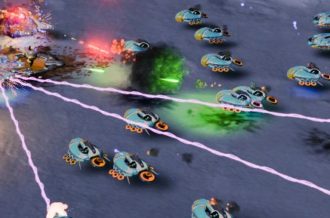 One of 2016’s most innovative indies is receiving a standalone expansion next year, with an Early Access version arriving on Steam just two days after its announcement.

Last night, the Superhot Team released the teaser trailer below for Superhot: Mind Control Delete, which adds procedural generation and roguelike elements to the time-oriented FPS. While the final release will be made free for all current Superhot owners when it launches next year, those looking to check it out earlier can do so via Steam Early Access starting December 7.

Superhot is out now on PS4, Xbox One and PC, which our review called “the epitome of cool.”