1. Tomb of Djoser. Travel down the opening until Bayek comes to a movable shelving unit on the right wall. There is a small crack at the end of the room Bayek can squeeze into and do nothing, ignore this for now. Move that shelving unit out of the way and travel through the opening. Keep traveling down, there is a small opening Bayek can slide under to collect one coin. Yay. After getting that slide back out and continue the descent. When Bayek reaches the dead end he can go left or go through a narrow crack in the wall to the right. Go through the crack for now and move some object and smash some pottery to uncover some decent treasure. Go back out through the narrow crack in the wall and continue traveling the path but be on the look out for cobras. Eventually there will be some cracked walls to the Bayek’s left, break these to uncover treasure and the Ancient Tablet. After reading the Ancient Tablet climb up and the follow the path the exit. Eventually Bayek will find a movable object that reveals a crack in the wall that happens to be the one we ignored earlier, which leads him out of the tomb. 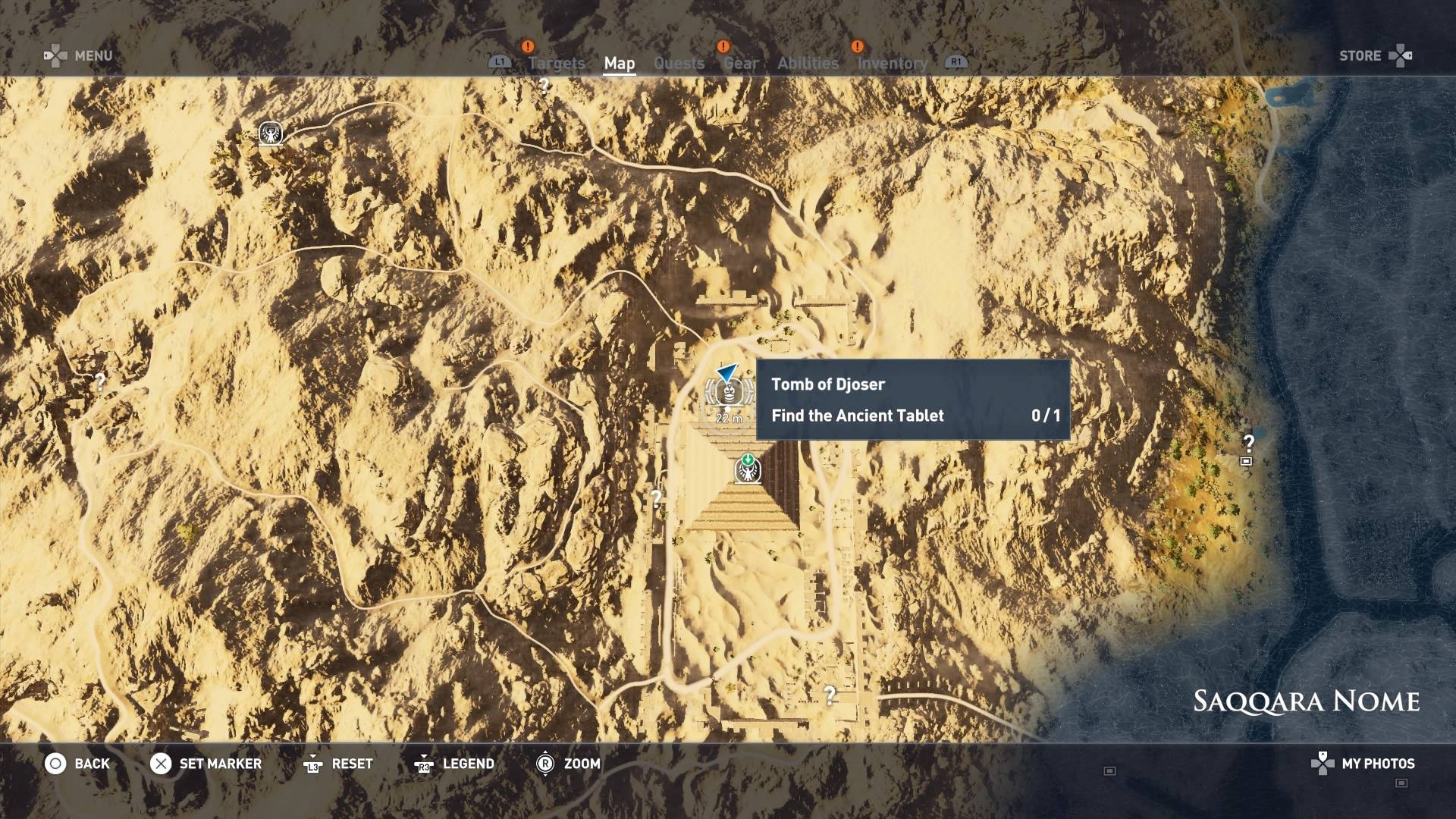 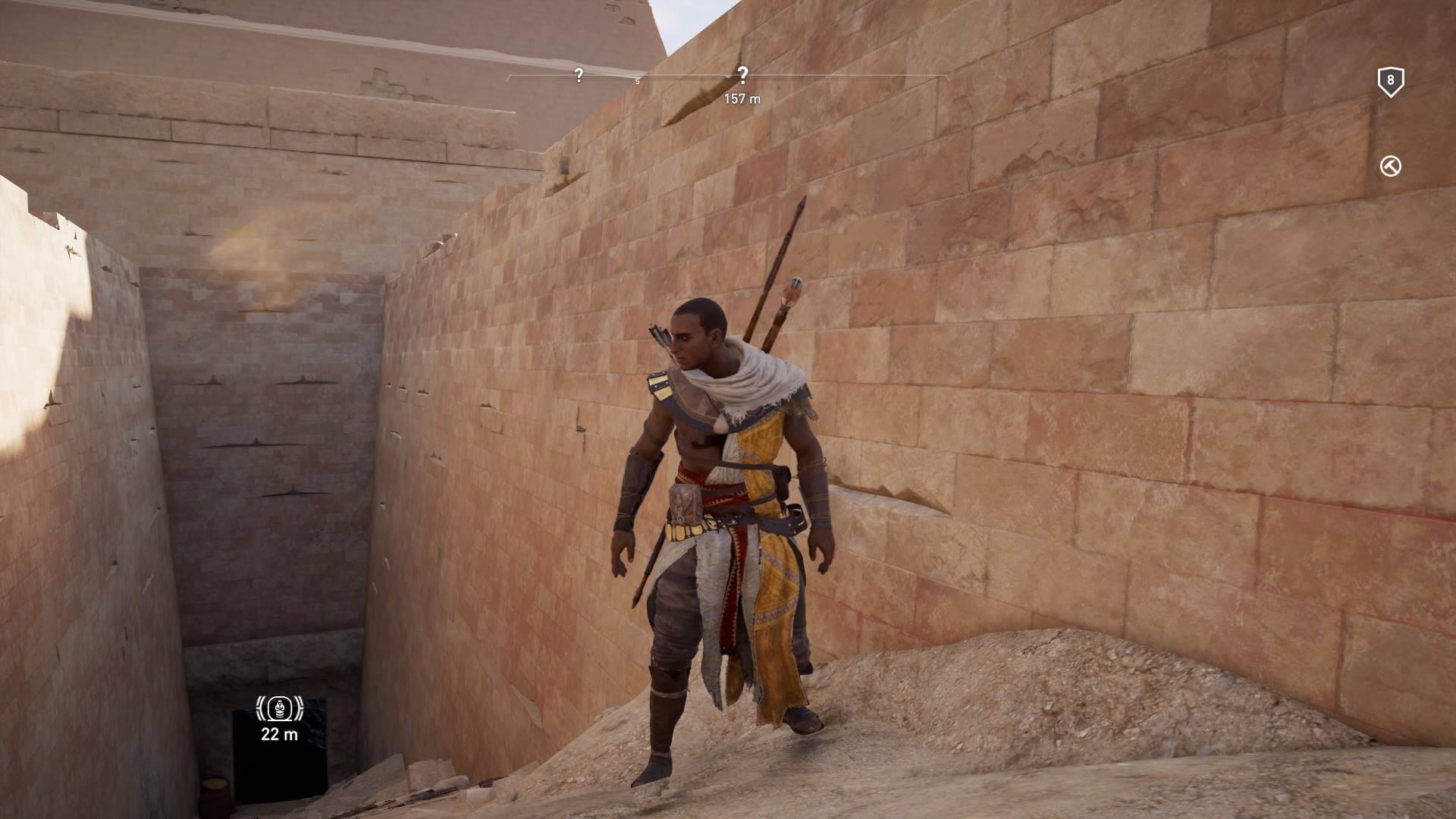 2. Tomb of Sneferu. Follow the path until there is a small hole in the wall Bayek can crouch under. This will lead to a dead end, but using the Animus Pulse will reveal the location of a secret door. This will lead to a room with some water, keep going nothing to be found by deep diving in here. Jump into the pit in the room after the water there are two platforms suspended by rope. Lower the platform by the way Bayek came in to the ground and push the movable object on it and drop a couple counterweights on for good measure, this will keep the platform at the other side of the room raised so Bayek can use it to go out the other door. On the other side of the door to Bayek’s right is an opening which leads to a room with two more suspended platforms. Step outside to grab a couple counterweight and drop them on the platform by where Bayek came in. In the corner adjacent to the still suspended platform with no weights on it there are some things Bayek can climb on, get to it and jump to the platform and walk into the next room for the Ancient Tablet. 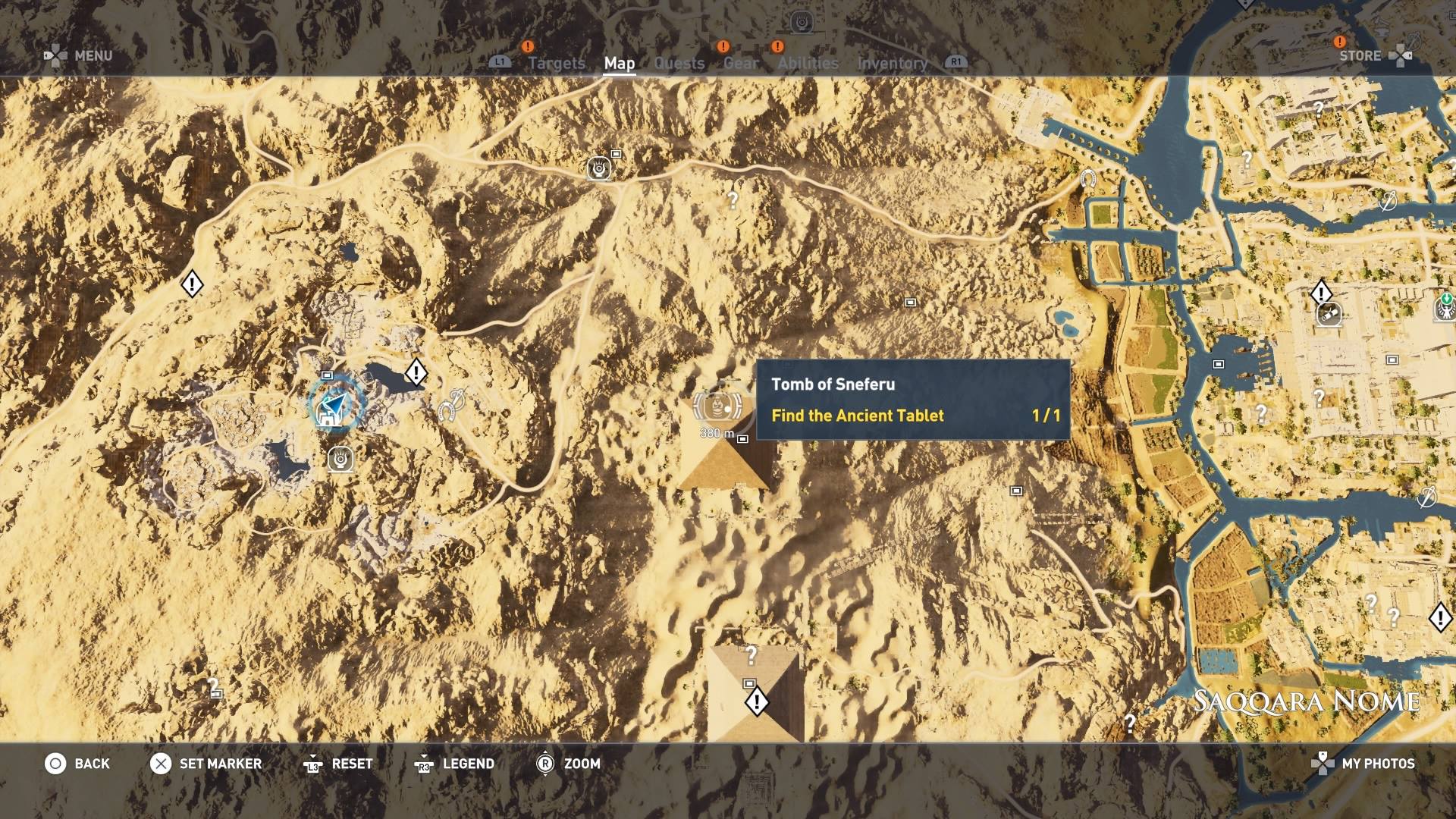 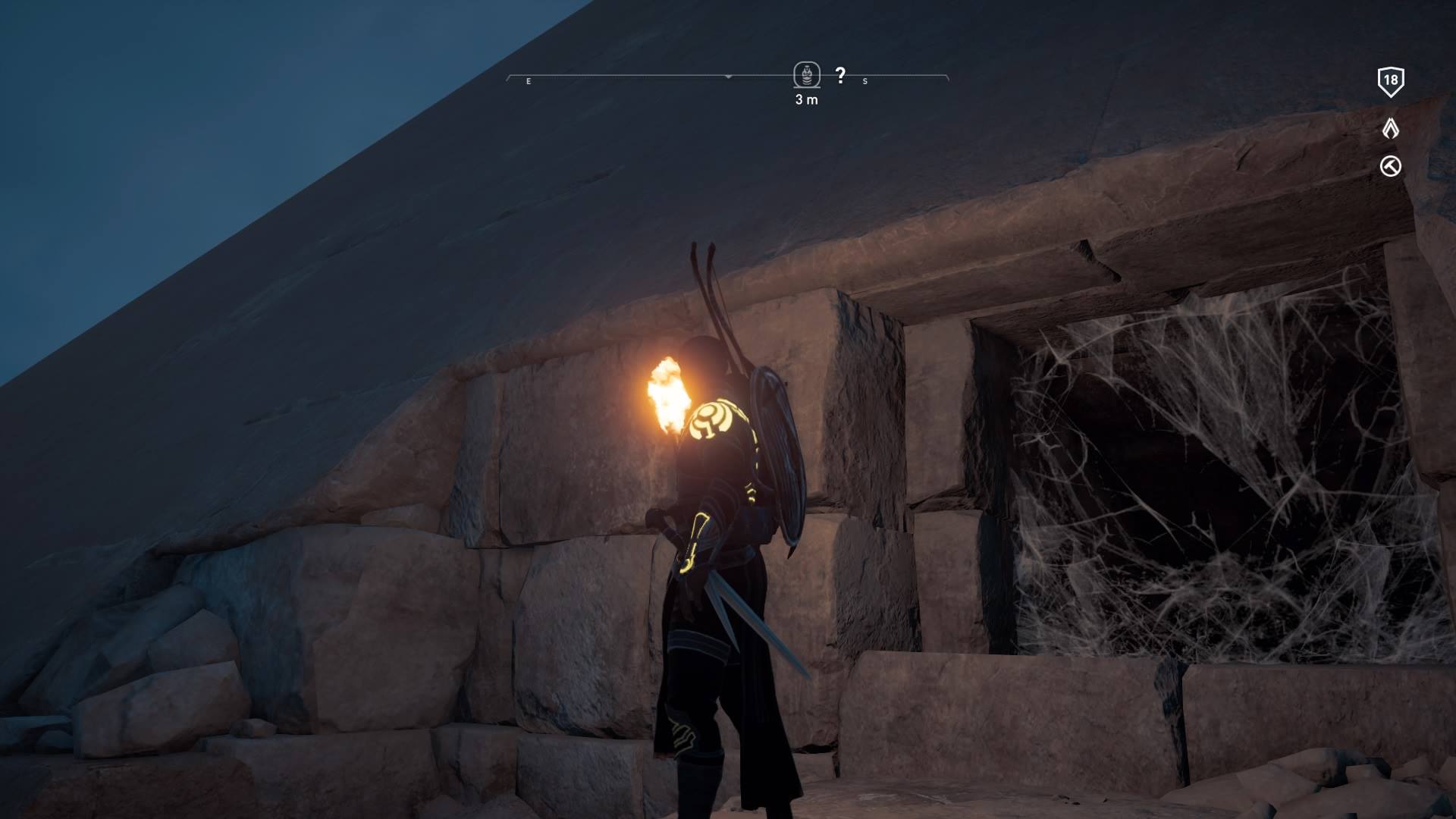