Game development continues to change in an industry that embraces new technologies and ways to innovate the storytelling experience for players. Whether it’s indie or big-budget blockbuster titles, the gaming industry has provided countless developers and studios with a platform to bring forward new, engaging ideas for audiences. British developer Mike Bithell is no stranger to testing his own projects within the gaming industry. 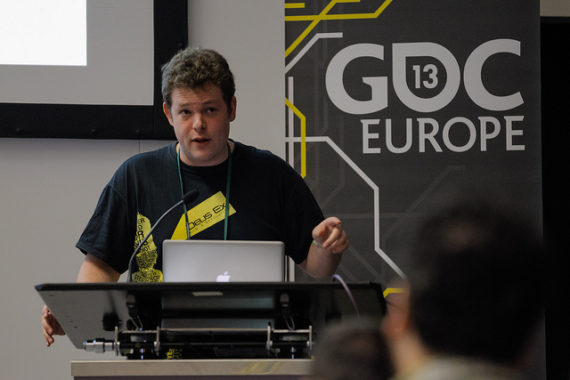 Working as an independent developer, Bithell’s résumé of titles are as unique as the one that preceded it. From the critically acclaimed Thomas Was Alone to the Metal Gear Solid-inspired Volume, Mike Bithell Games’ titles stand out for the variety and intrigue each one can create for would-be players. In fact, it’s a trend that hasn’t stopped for Mike Bithell Games. Bithell’s latest work, 2017’s Subsurface Circular, is the first entry in the so-called ‘Bithell Shorts,’ bringing forward short, experimental and narrative-driven stories for players to experience. Bithell Shorts are not a one-off thing or a novelty idea. With Subsurface Circular, Bithell now has a foothold to deliver more titles of a similar style going forward.

Hardcore Gamer had the opportunity to catch up with Mike Bithell for an exclusive interview. We spoke to Mr. Bithell about the creation of Bithell Shorts, the release of Subsurface Circular and its reception and finding out why titles in the Mike Bithell Games collection are so different from one another.

[Hardcore Gamer] With the release of Subsurface Circular, we’ve been able to experience our first taste of Bithell Shorts. How did the idea for Bithell Shorts emerge and was there any specific inspiration behind its conception?

I like writing stories, and we’d noticed that players were consistently drawn to that part of our games. We thought it might be worth making some more experimental games that explore storytelling, to see if the audience would follow us there if the worlds and characters were interesting. By making them short, we could keep costs down and make them relatively quickly.

Labeling them Bithell Shorts was primarily done to be upfront and honest with the audience about what we were doing, and that’s reflected in the price. It was important to me that players went in knowing what they were getting.

“Bithell Shorts are not a one-off thing or a novelty idea. With Subsurface Circular, Bithell now has a foothold to deliver more titles of a similar style going forward.” 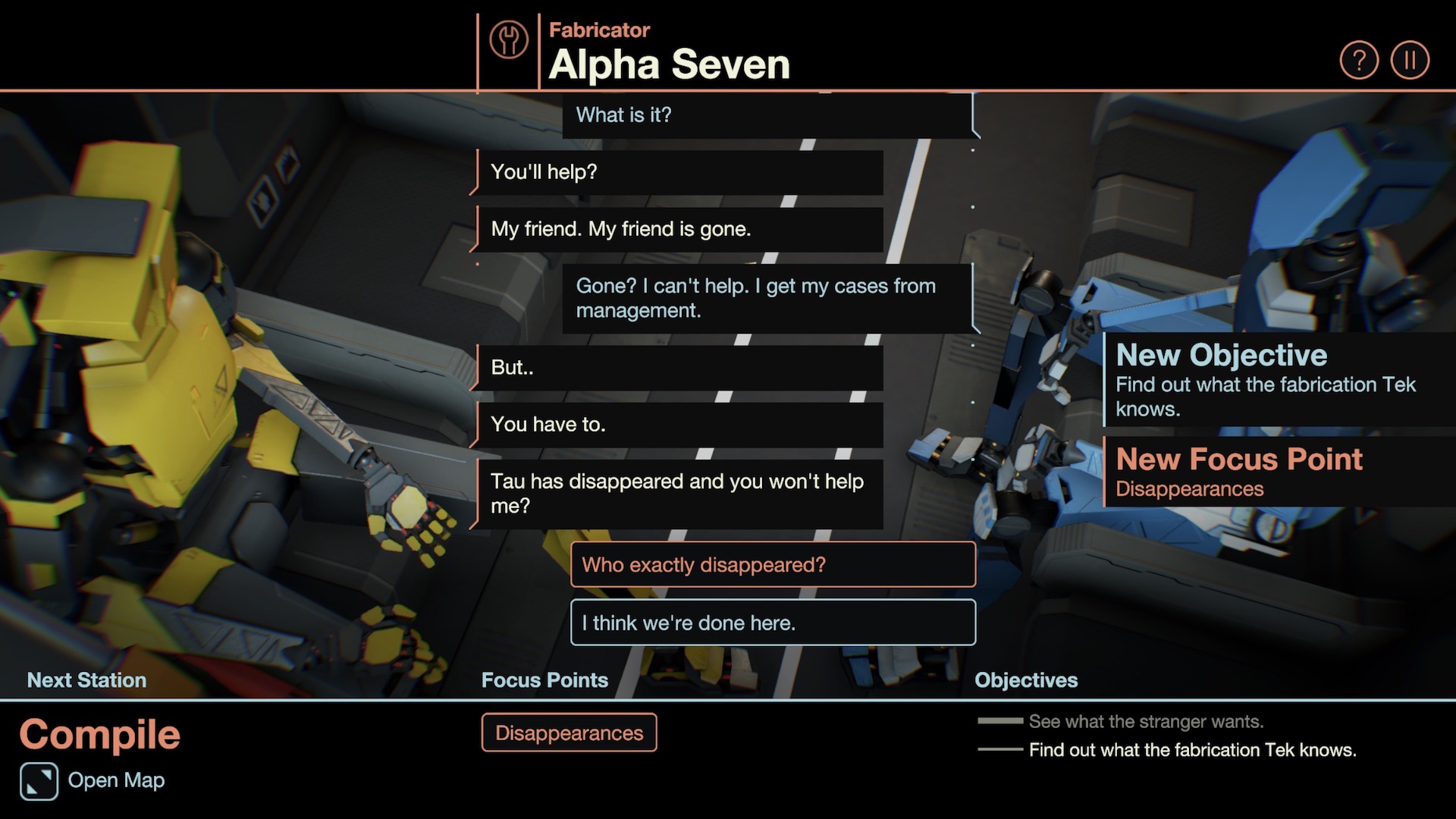 Do you still plan on moving forward with Bithell Shorts? And will future Bithell Shorts be similar to what we’ve seen in Subsurface Circular?

Subsurface Circular has massively outperformed what we were expecting it to do in terms of reviews and sales. It’s sort of proven to me that there might be a market out there for smaller games from us. We’ll certainly be releasing more in the future.

What was the main feature or aspect that you were particularly keen to highlight in Subsurface Circular?

I really like the Focus Points: they’re a subtle addition to dialogue trees, but they form a really neat backbone for puzzles and choice gameplay. We didn’t invent the concept, but I like our take on it. 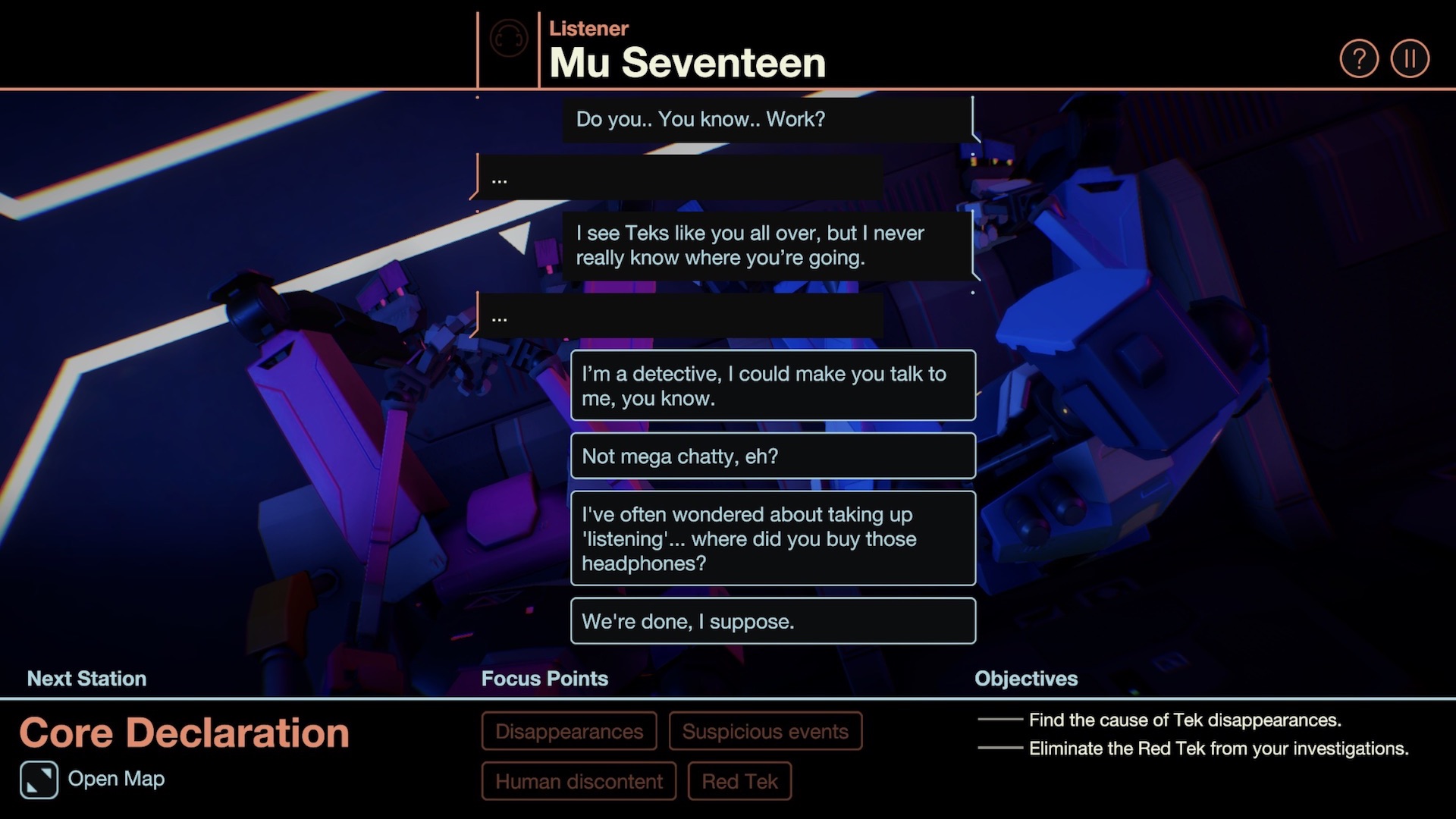 When we look at Subsurface Circular, it’s very different from a Mike Bithell Games title like Thomas Was Alone or Volume. Is this an important part of the development process, making each title feel as unique as its predecessor?

We jump around a bit, right? Thomas Was Alone and Volume were very different, too. Honestly, I don’t sit down and try to come up with a completely new game each time; I just tend to go for what I think will be interesting.

We’ve yet to do a sequel or follow-up, but I imagine that’d be a fun thing to build on existing mechanics. At this point, a sequel from us might qualify as surprising, too.

“Players should expect a similar scope to Subsurface Circular [in other Bithell Shorts], maybe building on the same mechanics, perhaps exploring a different theme? We’re having fun experimenting.” -Mike Bithell

Even after being an indie developer for as long as you have been, do you still feel anxious each time a title is launched, especially in terms of how well it will do commercially and critically?

Of course. Releasing a game is terrifying, no matter how many times you’ve done it. Obviously, we do more playtesting than we used to [do], so we generally have a good idea of the reaction, but it’s always a gamble. We’ve been consistently lucky so far, but I’m sure we’ll release something everyone hates some time.

This interview continues on page two, as Mike Bithell talks about the transparency behind Subsurface Circular’s marketing, the current state of indie developers in the industry and Hellblade: Senua’s Sacrifice’s independent AAA model.