Yuri visual novels often tend to fall into one of two camps. On one hand, most showcase relationships in cutesy, slice of life fashion where nothing particularly serious ever goes wrong. The other way may include this depiction but puts a focus primarily on the sexual side of a relationship as per nukige. There is nothing wrong with either one of these approaches, though just like any other romance-focused visual novel, it can become tiring after a while to see the same stories play out again and again. Fortunately, SeaBed does not travel this exact same territory. Instead, it opens with a mystery that spreads and shifts throughout.

Sachiko and Takako have been best friends basically their entire life. From their earliest memories at school until starting their own design firm together they’ve experienced everything as a pair. As they grew up, they went from best friends to romantically involved. Their fairy tale life included travelling the world thanks to business success. However, while on a trip, Takako simply goes missing. Sachiko knows this is the case but has no explanation or answers to her myriad of questions. To make matters worse, Sachiko often hallucinates Takako never went missing. While these delusions have not yet caused ramifications in her real life, they could easily become indistinguishable from reality. This provides an intriguing tale focusing on the surprising loss of one’s partner.

It might sound like SeaBed is a super morose visual novel, but as it turns out, there’s a lot of pleasant memories to play through. At many times characters reminisce about earlier days to provide context for how solid Takako and Sachiko’s relationship was. All of this also aids with fleshing out the characters. At the beginning Takako comes across as one dimensional but that unfortunate first impression doesn’t last long. Despite the depressing subject matter, players might actually feel themselves calm throughout the playthrough. So much of the game is pleasant and slow-paced that it becomes hard to feel particularly upset about anything going on, even when there are major reveals. Instead of provoking a shocked reaction, it simply flows as yet another layer of storytelling. 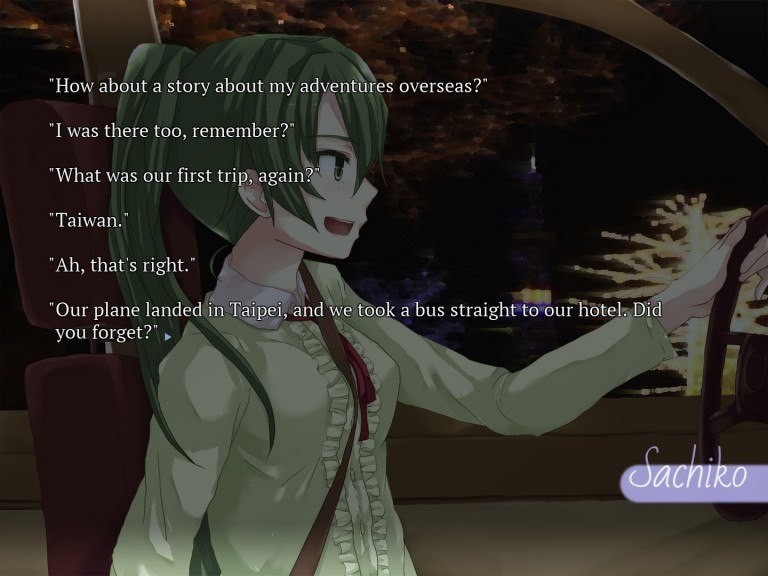 Given that SeaBed focuses primarily on adult characters, they also don’t act out in super ridiculous ways most of the time. Sachiko recognizes the oddity and potential issues with her condition enough to seek out psychiatric help. This leads into a main facet of the storyline which provides glimpses of the tale from three different perspectives, including that of psychiatrist Narasaki. This is a kinetic novel meaning there are no dialogue or story choices to make throughout a playthrough. Offering up three different perspectives provides a much-needed source of dynamism to the experience instead. Given the ever-morphing nature of the mysteries, it also does make sense that developer Paleontology wanted to tell one specific story with their game.

Admittedly, the story does drag along at times. That is not a fault of the writing or translation but simply the gentle pace at which the story moves. Some may even dislike the turn which occurs to fundamentally change the nature of what’s going on. By the end, players are left with an adequate conclusion to the main mystery, though they may still be reeling over other aspects. It’s a good idea to play through all the tips which are unlocked after each chapter, as well. Finishing all those actually unlocks a final tip that also helps to close SeaBed’s story. 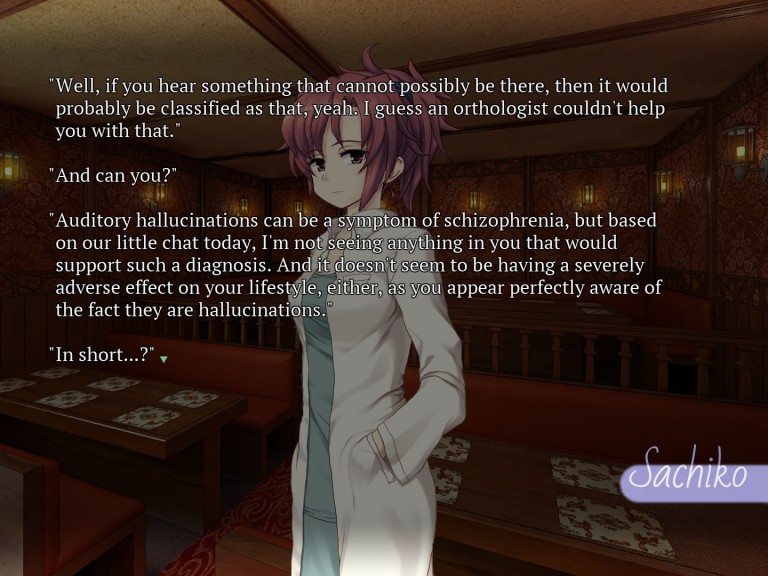 One strong point of SeaBed is its artwork and soundtrack. Although it does not appear super professional in nature, the art definitely isn’t bad and the music maintains a placid, nostalgic atmosphere. Part of what makes the art style work so well is that, aside from anime standard wild hair colors, the characters aren’t exaggerated. They do not all come across as shiny, sexualized beings but as everyday people. There are a good deal of CGs to unlock. There is some nudity displayed on occasion, but it is always obscured by things like steam in a bath. The version available on Steam is the only version of the game available so do not go looking for a phantom adult patch.

SeaBed is the type of visual novel which presents a full screen of semi-transparent text with images behind it. Please note that this can cause issues if you set text to either display all at once or move at an automatic pace. When CGs or sprites change, the text goes entirely away so you can see the art unobscured for a few seconds. Then the text returns. This becomes highly annoying for people who wish to read visual novels with the least amount of clicking required, as it means you’ll be regularly interrupted when the text goes away and then returns in auto mode. There’s nothing technically wrong with this appears intentional, but some players will be bugged by it all the same. 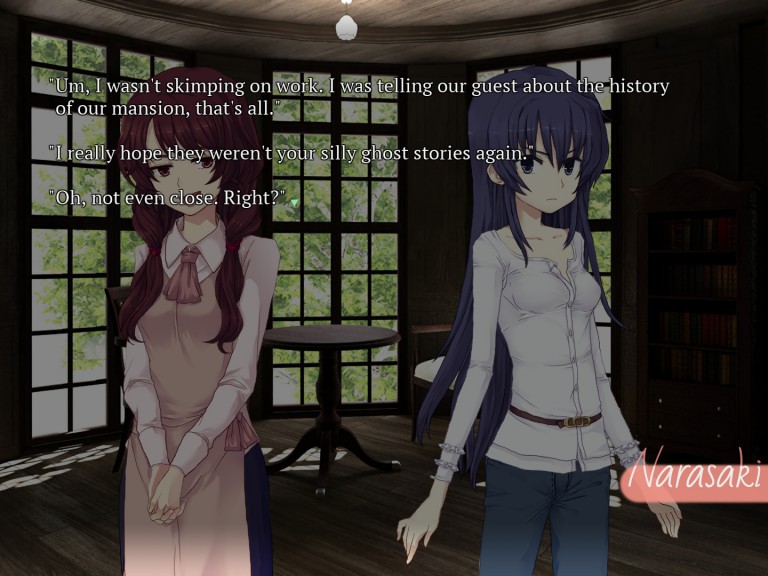 It’s exciting to see a game like SeaBed receive an official English translation. After a regular onslaught of yuri nukige, it starts to feel like that’s all companies care for. Of course, we’ve seen that not to be the case in the past with releases such as Kindred Spirits on the Roof, Highway Blossoms and now SeaBed. It may not be the most fast-paced or engaging tale on the market, but it provides a distinct experience. Those looking to dive into a new yuri game can expect to swim with SeaBed for ten to twenty hours as they uncover its secrets.