Historically speaking, silent characters have rarely worked. A voice is a powerful tool, perhaps the most powerful, when it comes to bringing a character to life. Without one, there’s often little for a player to latch onto and use to define the character they’re seeing on screen. The problems grows even deeper when that character is the game’s protagonist. Now, silent avatars aren’t an issue. Their whole purpose is to serve as a bridge between the player and the game world. It’s when they are treated as a character that the problem arises. When the game tells the player that they’re playing as an interesting person, then the player will naturally want to understand why that is. Unfortunately, most games with silent protagonists fail to provide that much-desired insight. As a result, the silent protagonist has largely fallen out of use in modern gaming. It’s a shame because they still have so much storytelling potential. Bethesda demonstrated this through an obviously rage-filled Doom Slayer in Doom (2016). Supergiant Games took it even further and showed gaming that silence doesn’t have to handicap a character. It could even be said that the protagonist of their 2014 release, Transistor, benefits from it quite a bit.

Despite having her voice stolen, Transistor’s cyber-sword-slinging songstress ends up being more or less fully defined by game’s end. Instead of trying to define her solely through dialogue, Supergiant defines Red with her actions and surroundings. She comes across as driven and determined through her very first actions in game. Upon waking up, she takes up the Transistor, tears-off the hem of her dress and boldly sets out to recover what she’s lost. She’s also shown to be stubborn, running towards the danger rather than running away at the Transistor’s insistence. She can be a bit carefree, taking takes time out of her mission to order flatbread and to spend a quiet moment in her home to enjoy it. Her concern and changes in attitude shine through her brief text exchanges with the Transistor, conflicting emotions manifesting as she struggles to find the right words. She’s even shown to reject the path of the hero, ending her adventure on her own terms rather than doing what she ought; what she would have done at the game’s outset. Every action she takes is used to show the player exactly what kind of person Red is. What’s more, Supergiant even uses the game’s character lore and background music to define her even further. 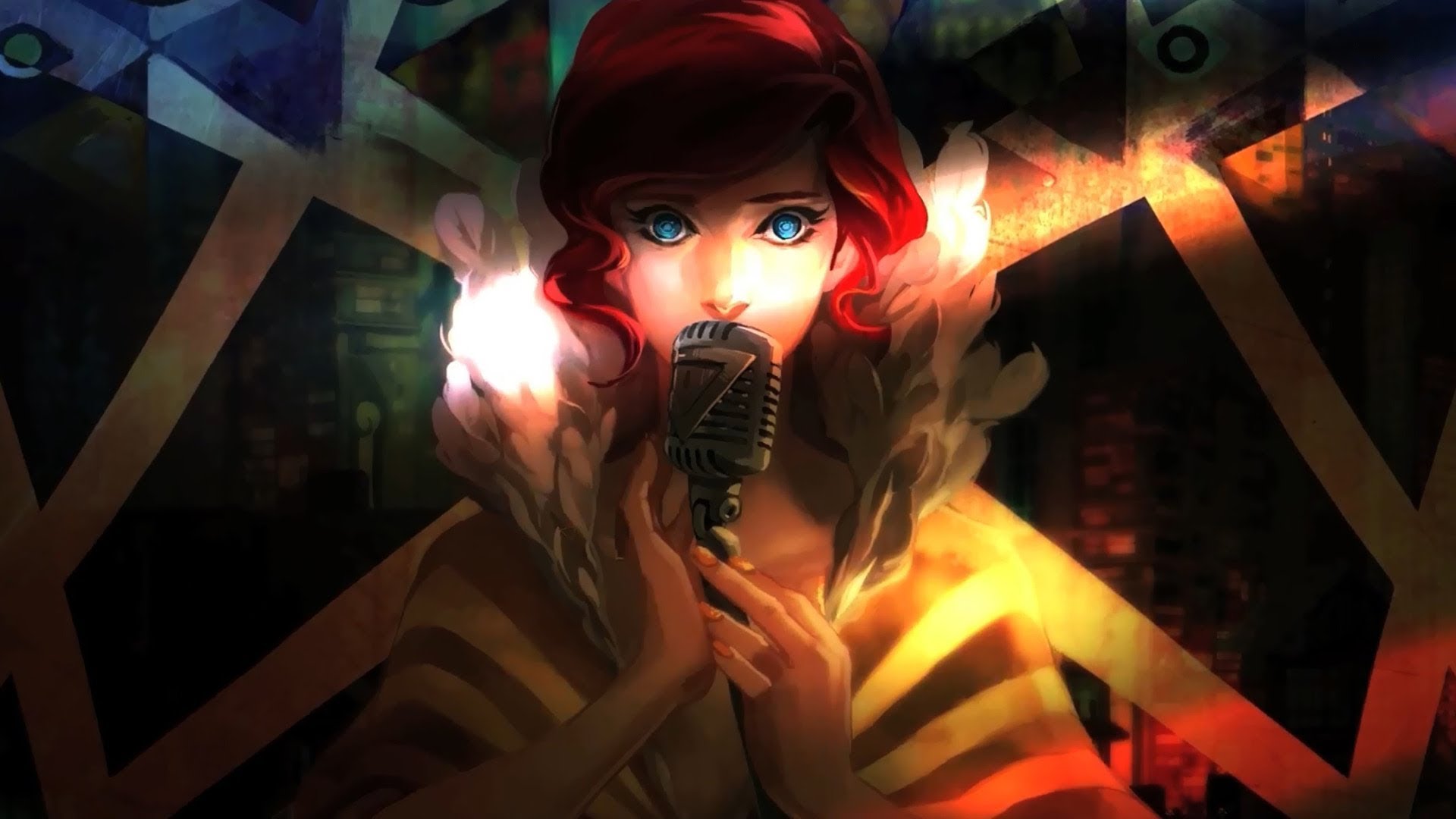 Red’s actions and displayed attitude are backed up by everything the player learns about her past. Her backstory and mentions in the stories of others paint a picture of a woman who was both fiercely intelligent and unafraid to stand out in her society. Her music, which just so happens to serve as the game’s background music, was controversial. It inspired questions about the city’s status quo in its listeners and may have even spoken of a desire to change the world she lived in. This is exactly the kind of person who would be capable of effectively wielding the greatest tool for change in her world: the Transistor. Further, knowing her backstory and hearing her music makes her actions at the end of the game all the more significant. They’re not the actions of the passionate ideologue she was before. Red has most definitely changed over the course of her journey, her goals and priorities having fundamentally shifted as a result of what she’s seen and done. Transistor makes all of this plain to see and does so despite Red uttering only a single spoken word of dialogue.

Silence isn’t the handicap that it first appears to be. While it’s a difficult quality to pull off in a character, the player’s character especially, getting it right can create something rare and special. Adding little details to movement or timing have the power to turn an avatar into a character in their own right. Making full use of every opportunity, on the other hand, has the power to turn a basic character into one that can be even more complex and deep than many that have the benefit of spoken dialogue. Silent protagonists don’t need to be banished to the realm of the obsolete. It’s just a matter of putting in the effort to define them and giving the player motivation enough to pay attention to the details surrounding them.

If all of this Transistor talk has raised an interested eyebrow, take a moment to check out our review and see if this game is worth a deeper look.