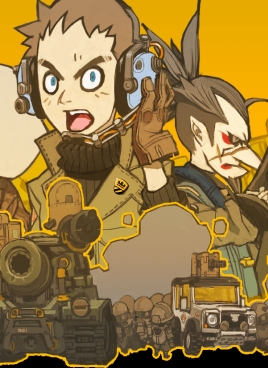 Nintendo’s Wars series went from obscurity to fairly mainstream success with the rise of the Advance Wars games on the GBA. The franchise was largely unknown for thirteen years and all it took was the first English-translated installment to bring it to prominence and result in Nintendo also greatly diversifying its portfolio outside of Japan. For the first time, the company had a chance to flex its tactical RPG muscles and did so with a comedic war-themed game that never took itself too seriously and still allowed players to engage in exciting turn by turn combat that tested your mettle every time out. Its grid-based combat was easy to learn on its own, but what really gave it depth was the wide variety of things you do on the battlefield to emerge victorious.

Tiny Metal takes inspiration from the latter-day Wars games, but puts its own spin on the presentation. Tiny Metal has a more serious story, focusing on assassination and being on the side of good as you battle the armies on the side of those who took your king’s life. The nation’s safety and survival essentially rests on your shoulders and it’s up to you as the commander to properly place your troops in the right places as many times as possible to ensure victory. You have a variety of troop types to make use of and each has their own pros and cons.

The Advance Wars games gave you an option to control various types of commanders with their own strengths and weaknesses. Tiny Metal takes that concept and expands upon it with an array of unit types. Units can be built up by taking over buildings — which itself takes a fair amount of strategy to do well. Capturing will use up at least two turns, but that will be extended if you wind up taking damage. This means that you could wind up quickly taking over a single building, but also cause damage to your army because you’re too busy building to attack. Each unit type you build on a captured area has its own cost to assemble and advantages.

Riflemen are your red shirts — they’ll go in and throw as much at the enemy as they can, but they are weak and don’t deal out a ton of damage. They are great for polishing off enemy troops and for holding a position. If you have an area that needs to be built, use them and accept that they may turn into cannon fodder. Lancers are far more powerful, but aren’t the best options for building. They take longer to do so and this means that their giant rocket launchers aren’t being put to good use during a battle. If you have a riflemen/lancer combination, your best bet is to use the lancers to severely weaken foes and then hope that your riflemen can finish the job. You can rank up your troops as well, so having a riflemen troop stick around means that you can upgrade them to commandos. This will greatly increase their overall usefulness and make them more powerful on offense or defense while allowing them to traverse more types of terrain. 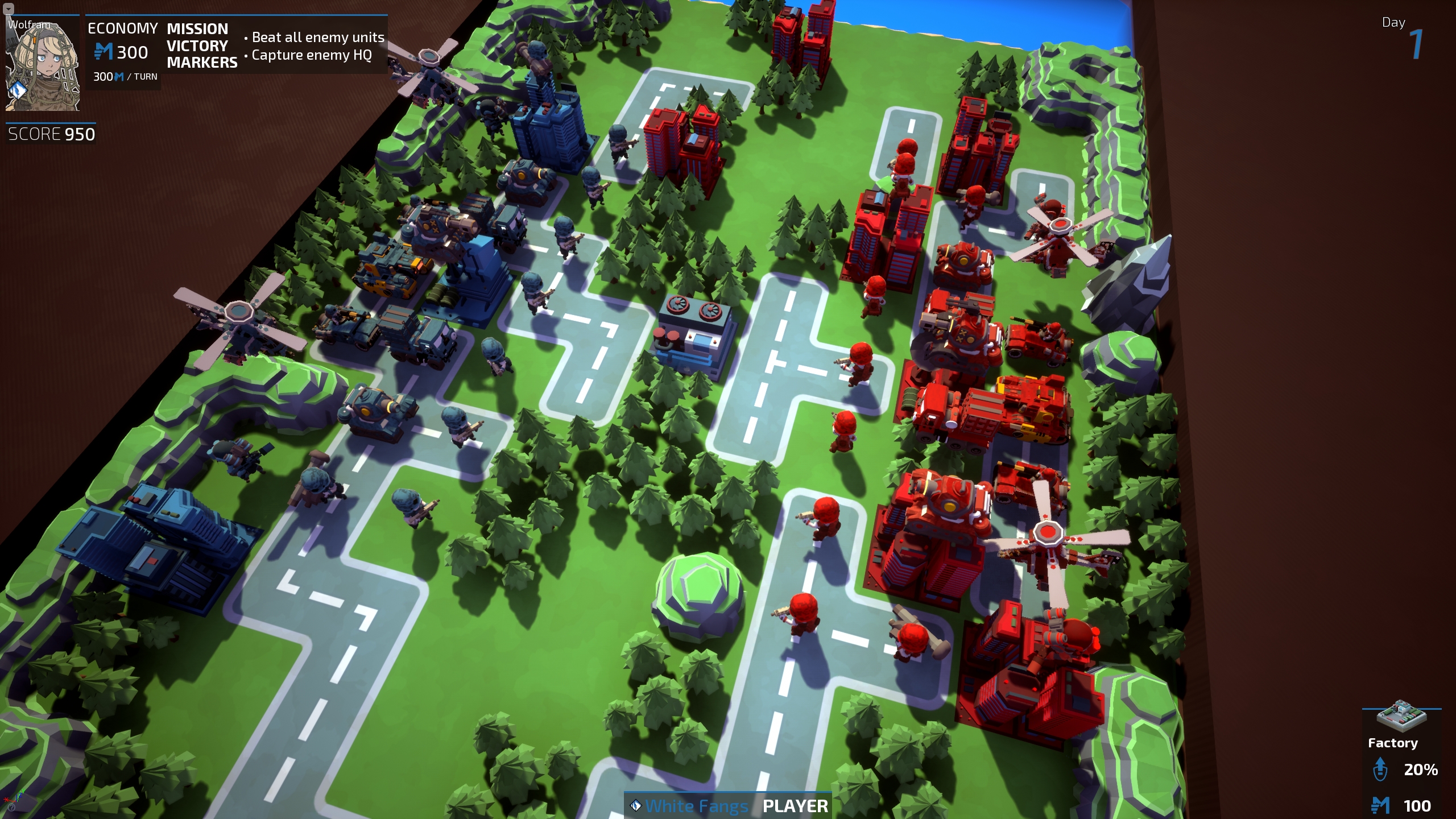 Many battles will see enemies get a strategic advantage thanks to having vehicles and this is where using lancers to wear them down comes in handy. You’ll generally want to set up two lancers for every one vehicle you’re up against if you don’t have vehicles of your own available. Radar units can scout and get you a solid advantage, while strikers are essentially a mix of snipers and lancers. Beyond being useful against longer-range enemies, they can also attack enemies in the sky and can save your bacon in a hurry. Metals are super-powerful missile-firing tanks and incredibly slow. They can take out a small army in one go, though, so if you find yourself in a situation where you have a metal as a Hail Mary play against a greater number of riflemen, use it effectively and you just may wind up winning.

Troop positioning is key, as is having a solid variety of unit types on the battlefield. Going with a few rilfemen is smart since they can do a solid amount of damage from behind and also have the best range for taking over buildings. Doing so allows you to create more troops for your reserves, so if you wind up eating a ton of damage in a single turn, using a couple of them to replenish a particular type of troop or even upgrading isn’t a bad idea. Diversifying your troop lineup allows you to do heavy damage while also not losing maneuverability around the battlefield. It enables you to cut the battlefield up a bit and take out a single enemy at a time to chop down your rivals while also not allowing any single area to lack troop coverage. 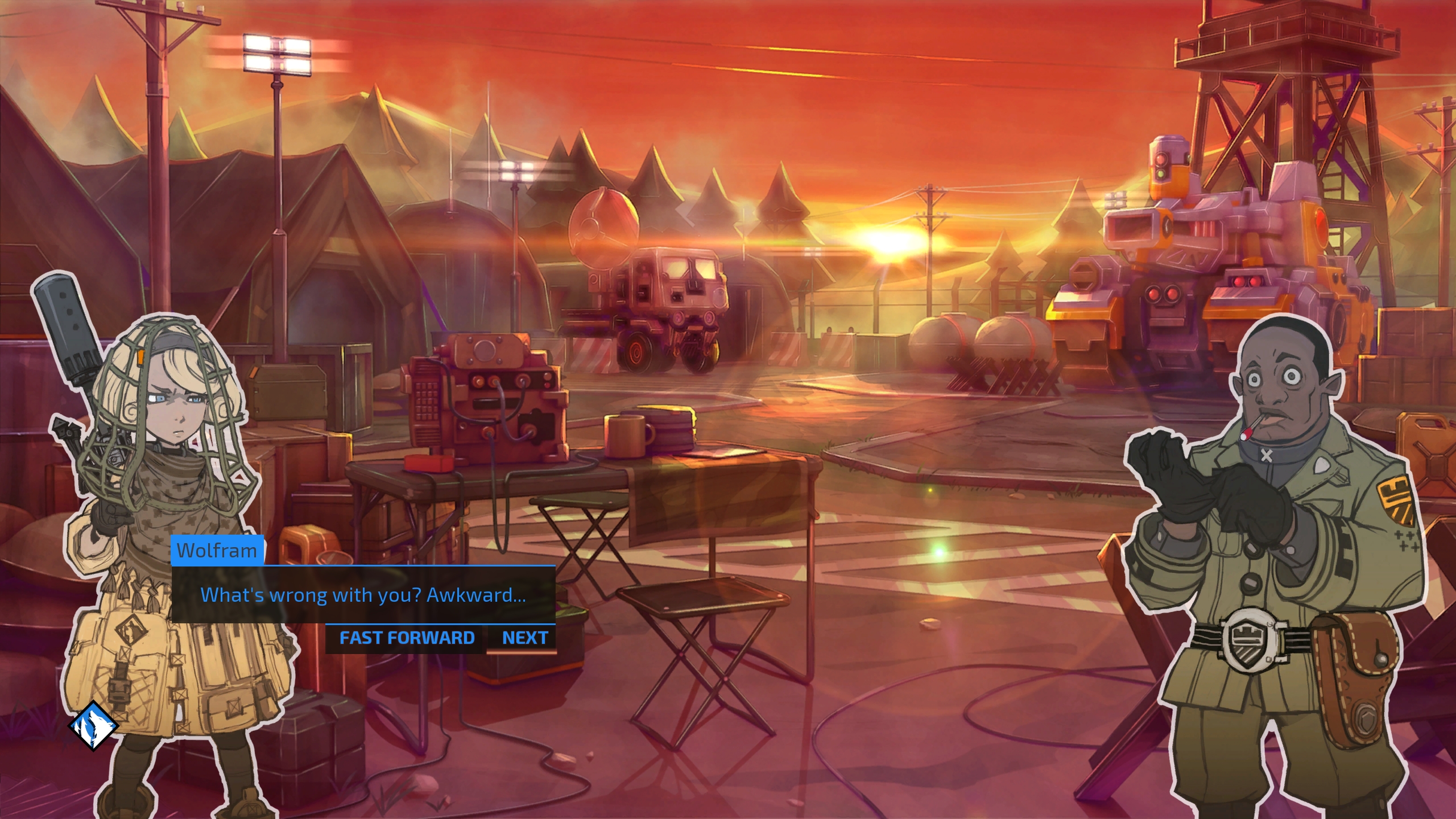 The combat is a lot of fun and the game itself finds a nice in-between when it comes to teaching you what the mechanics are and then forcing you to make use of them. You’ll always get some guidance — but only enough to know what you have available and what it will do. There are still puzzle pieces to put together on the fly, which is good since you’ll have to make quick changes to any gameplans you’ve made at a moment’s notice. You may plan to take out a large part of enemies quickly — only to have them take out two units of yours in one go instead. This means that you would have to scramble for new troops or to reposition the ones you have and make better use of them now to avoid having that happen again. Losing is a tough pill to swallow, but an important part of improving and making sure that you learn what you need to do to excel.

Tiny Metal plays like a dream and looks fantastic. The simplistic art style may not be for everyone, but it works at not only conveying the environments, but also showing off a bit of broad comedy. The move to the third dimension makes the battlefields more alive than ever before and requires you to put in more strategy for longer battles. Enemies being blown up will just disappear into a puff of smoke while uttering a few choice phrases — and these phrases could stand to have a bit more variety. Presently, there are only about a half-dozen quips and while they are entertaining, you’ll hear the same ones over and over again during a single long battle. 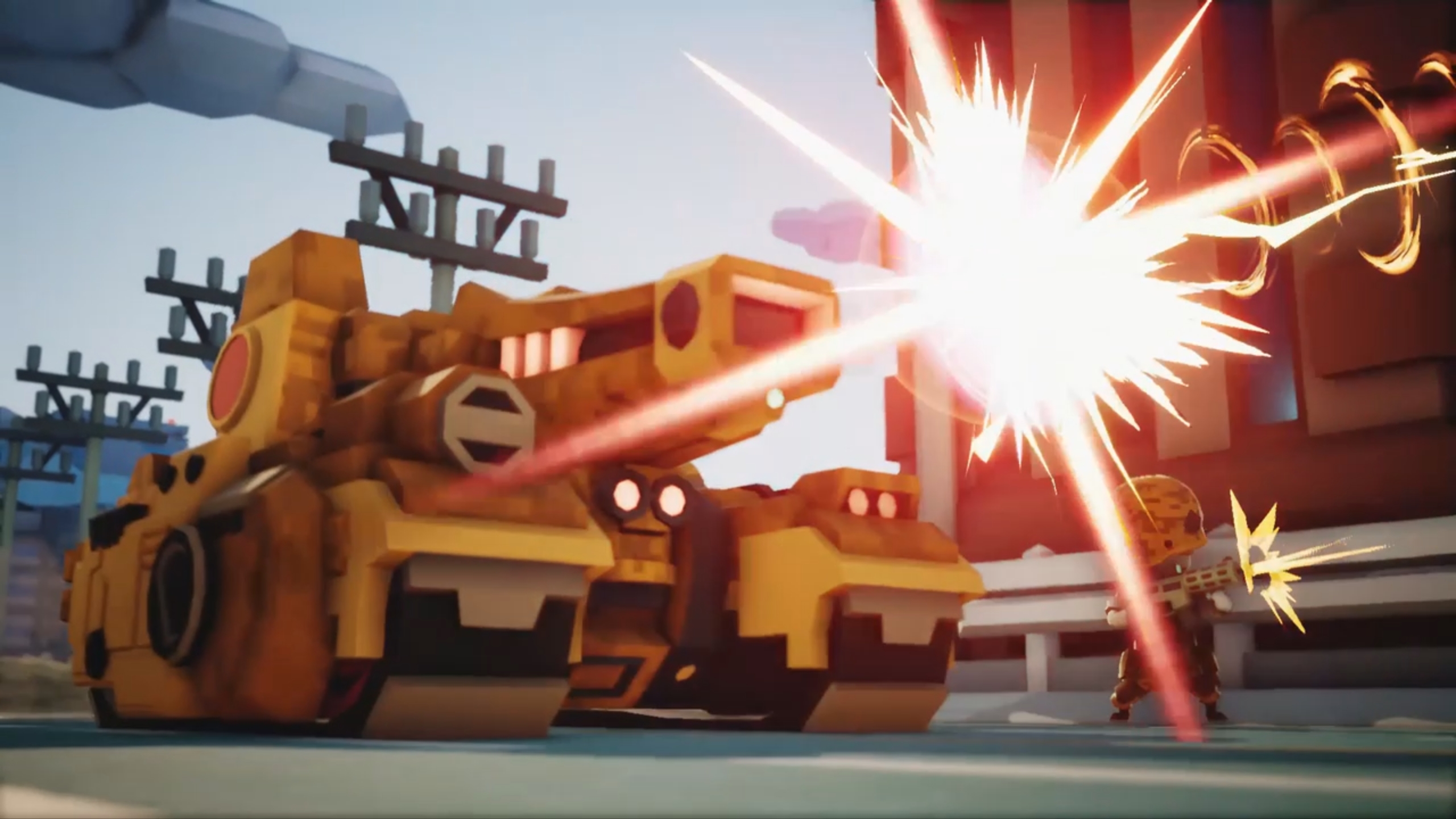 Tiny Metal doesn’t copy the Advance Wars formula — it improves it. The third dimension brings with it a better way to do battle and tell where your enemies are. This change allows the tactical side of combat to flourish in a new way and one anyone who enjoys the Wars games will find it fun. It controls easily with a base controller, and while PC users can get a bit of an edge using a mouse to traverse maps, it isn’t a game-breaking issue for those prefer a pad. It’s a gorgeous-looking game with a cartoony art style that adds a touch of slapstick to battles, which remain funny thanks to voice clips that entertain until they get a bit too long in the tooth due to repetition. Minor quibbles aside, though, Tiny Metal is an excellent tactical RPG at the end of the day and one that longtime fans of the genre should check out.