We’ve come to that wonderful time of the year again! No, I’m not talking about Christmas – I’m talking about Star Wars. Lucasfilm has once again delivered a new entry into the Star Wars saga during December with Star Wars Episode VIII: The Last Jedi. Fan reaction to the newest film has been mixed (to say the least), but the film has received critical acclaim and stands as one of the most thematically rich in the series. It’s a movie about failure, disappointment and regret: and oh yeah, there’s lightsabers and stuff too.

The Last Jedi’s bold risks and surprising tone are something we’ve seen in the series before – but not necessarily the film series. Back in 2003, before BioWare made the epic Mass Effect trilogy or kicked off the Dragon Age franchise, they released Star Wars: Knights of the Old Republic. It served as a taste of what would come in their future releases, as KotOR was a mechanics- and story-heavy RPG, set in space, that took about thirty hours to get through. A sequel, Star Wars: Knights of the Old Republic II The Sith Lords, was released by Obsidian Entertainment just a year and a half later. Both games received critical acclaim and introduced exciting, deep and surprisingly integral stories to the Star Wars cannon. BioWare Austin took the series into MMO territory in 2011 with Star Wars: The Old Republic, a highly profitable and critically well-received entry that continues to expand to this day.

Though The Old Republic keeps its fans satiated, there has been a recent desire from gamers for dense, single-player experiences to remain prominent. EA, which now owns BioWare, hasn’t been particularly proactive about catering to their fan base, particularly Star Wars fans. Now’s the time for them to rethink their strategy with the extremely lucrative Star Wars IP. After all, Star Wars Battlefront II underperformed critically and EA shares dropped sharply after the controversy surrounding its microtransactions hit the mainstream media. EA could use some good faith right now and what better way to make Star Wars fans happy than by bringing back the (debatably) best video games the franchise has ever seen? It’s time for the lack of Knights of the Old Republic to end.

This is Not the Canon You’re Looking For 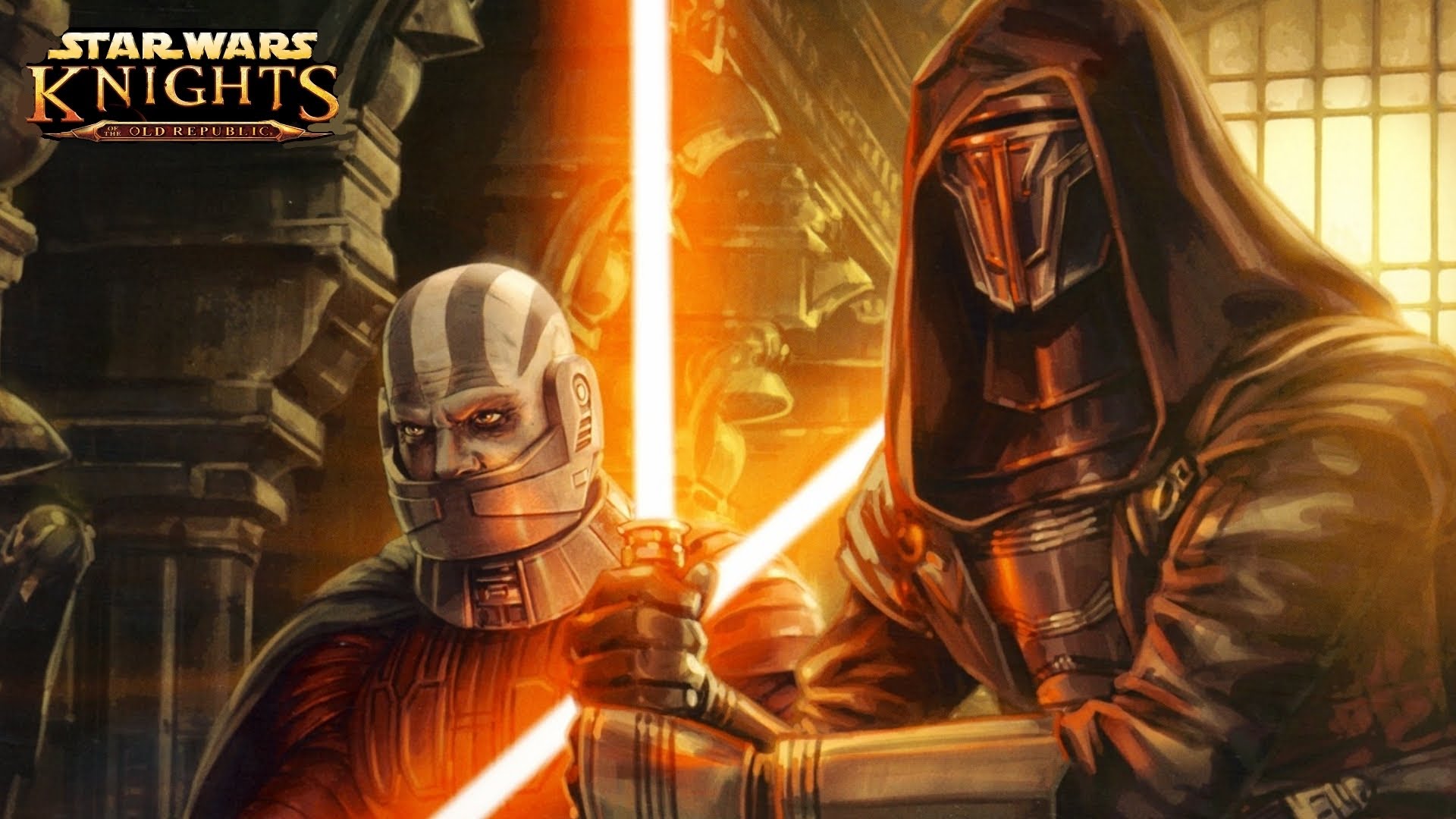 Before getting too excited at the prospect of a new KotOR game, it’s important to note: the events that took place during the games are no longer canon. Yes, during Disney’s infamous scourging of the Extended Universe, they removed pretty much everything Star Wars related that wasn’t a mainline film, The Clone Wars TV show and film, and a single graphic novel about Darth Maul. That means, unfortunately, pretty much everything that had to do with The Old Republic, which spans a nearly 25,000 year period in the Star Wars universe, no longer counts. There is, however, a new hope that might allow some of this “Legends” canon to become gospel again.

Anything that Lucas Film and Disney have created since 2014 is now considered canon, and that includes the animated TV series Star Wars Rebels, which takes place between Revenge of the Sith and Rogue One. During a Season 2 episode of the show, “Trials of the Darksaber,” a character casually mentions that a Jedi named Ta Viszla “won the war with the Mandalore.” This likely refers to the Mandalorian Wars, which took place thousands of years before the films, during the period that is now referred to as The Old Republic. Most importantly, the Mandalorian Wars saw the rise of Darth Revan, the protagonist of KotOR. In fact, the Mandalorian Wars were invented by the writers of KotOR, and take place shortly after the Old Sith Wars, which saw the rise of the modern Sith in the galaxy.

This simple line doesn’t retroactively make everything involving the Mandalorian Wars canon again, but it is a spark that may light the fire that could burn this section of removed lore down. The fact that the official Star Wars canon is referencing this old event is certainly meaningful, and it’s absolutely possible for Disney to okay a return to this ancient time in a galaxy far, far away. Because EA has the Star Wars license for video games, owns the Knights of the Old Republic IP outright and even has the various BioWare teams under its belt, the time certainly could be right for KotOR to return. To what capacity that return would be, however, is an interesting prospect.

Have You Ever Heard the Tragedy of Darth Revan the Flip Flopper? 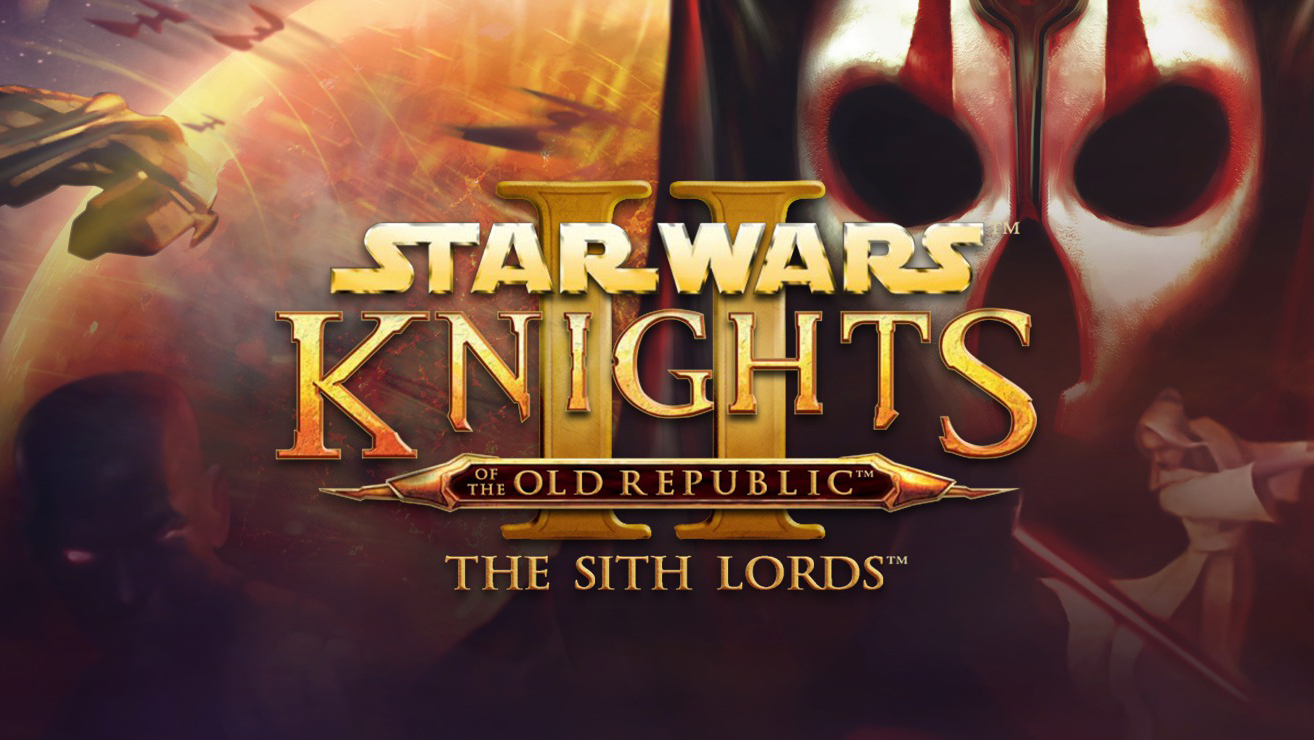 [Warning: spoilers for a couple of nearly fifteen-year-old games ahead]

Darth Revan is the focal point of Knights of the Old Republic in every conceivable way. About 4,000 years before the rise of the Galactic Empire (aka, the end of Revenge of the Sith), Darth Revan and his apprentice Malak were former Jedi, who left the Jedi Order so they could fight in the Mandalorian Wars. Revan returned to the Republic leading an invasion fleet, calling themselves the Sith, and declared war on the Republic. Revan, however, didn’t truly consider himself a Sith – he simply did so in order to unite the Republic and attack the true ancient Sith Empire.

Just as Revan was about to win the war, Malak ordered his ship to attack Revan’s. Darth Malak, and nearly everyone else in the galaxy, believed Revan to be dead. However, the Jedi on Dantooine revived Revan and wiped his memory. They then implanted a new identity in him, which is the same identity that the player creates at the beginning of KotOR. The rest of the game follows Revan learning of these events, and is eventually told of his true identity by Darth Malak. In what was once the canonical version of the story, Revan decides to become a Jedi Knight once more and defeats Malak.

Knights of the Old Republic II takes place five years after the events of the original game, and follows “The Exile,” the protagonist who was (you guessed it) exiled from the Jedi Order. The Exile once served under Darth Revan, and ordered an attack on the planet Malachor V using a super weapon. The immense death and destruction this caused broke The Exile’s connection with the Force. For the rest of the game, The Exile attempts to restore his or her connection with the Force, and travels to various planets to find hidden Jedi Masters and either has them join the cause to defeat the new Sith, or kills them in retribution. After defeating the Sith Lord Traya, The Exile will either travel to uncharted regions to find Revan, or remains on Malachor V as the new Dark Lord of the Sith.

These plots are dynamic and engaging, filling out countless years’ worth of lore for the series that had only been examined in books. Their loss from the official Star Wars Canon is unfortunate, and they deserve to be reinstated. What’s more, there’s still plenty of plot left to tread, and if a theoretical Knights of the Old Republic III were to exist, it could easily follow the light side ending of KotOR2 and follow The Exile into the unknown in their search for Revan. But with the involvement of Disney, EA and BioWare in this process, the path to KotOR’s return isn’t simple. In fact, if it does come back, there are many forms it could take. 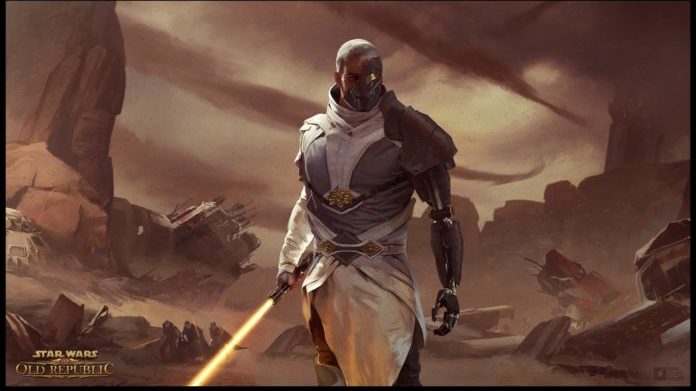 As much as fans love the KotOR series, the two entries have sold less than a combined five million units across the Xbox and PC. For just two games, that’s not too shabby, but it’s hardly enough of a fan base to hang a sequel on nearly fifteen years later. A remake of the original, or even both games, would be a fine way to both make the series accessible for today’s audience, and to maybe tweak a few plot points that Disney doesn’t want to effect their new movies. In fact, it looks like EA and BioWare felt the same way – it appears that a prototype for a remake or revival of the series was indeed being worked on by BioWare Austin (the team behind The Old Republic MMO). Unfortunately, this hot rumor is old, and it’s likely BioWare Austin has joined the primary BioWare studio in Edmonton on their upcoming new IP, Anthem.

Still, like BluePoint games remaking Shadow of the Colossus, Austin wouldn’t have to pull a complete restart on Knights of the Old Republic. The story, mechanics and character designs are all there. They would, of course, need to rebuild the game from the ground up for modern consoles and the PC, but with a solid working blueprint right in front of them, the development cost and time would be cut down significantly. The game hasn’t aged exceptionally well, so battle mechanics would need to be worked on as well as visual upgrades, but that’s in BioWare Austin’s wheelhouse too – they have been working on The Old Republic for the last six years, after all. They’re a natural fit to remake and realize the original KotOR, or perhaps even bring The Sith Lords back as well. Then, perhaps, another sequel would be in order.

Speaking of KotOR2: Obsidian is still alive and kicking. The Sith Lords was the first game they ever made, and considering they did so in less than two years, is a testament to their abilities as a development team. They’ve been hard at work on the excellent Pillars of Eternity games, and Tyranny, but it would be great to see them return to the KotOR games, and perhaps even take on the challenge of continuing its story into a third installment.

Knights of the Old Republic, its sequel and its MMO spin-off reveled in player choice and plotlines that didn’t adhere to the classic notions of good or evil. With The Last Jedi shaking up this long-standing tent pole of light vs. dark in the movies, the time is right to bring back KotOR for a new generation. Whether the series becomes more action-oriented like Mass Effect did or doubles down on classic RPG elements remains to be seen, if the series returns at all, but thinking about the return of this great series is exhilarating. Star Wars lore deserves to have The Old Republic plotlines returned and begs for a proper, story-oriented game for the first time in a long time. Unfortunately, KotOR’s fate lies with EA and Disney, but if we’ve learned anything from Star Wars, it’s that we should never give up hope.