Considering how long the Nintendo Classic consoles actually remain available on retail shelves, it’s safe to say nostalgia for retro games is alive and well. This isn’t exactly a new revelation either, what with virtual consoles and classic collections that have been released across many console generations, it’s quite apparent people do miss playing their old games. There are even third-party consoles that are designed to play old games that are compatible with HDTVs, so the glorious pixels can be seen with the utmost clarity. Retro-Bit is one such company that has a retro console product line, so it shouldn’t be surprising that they’ve followed the example of Nintendo and got into the business of releasing game carts that can be played on their hardware. Oh, and their games also work just fine on an actual Nintendo Entertainment System if you happen to have one laying around.

Out of the several game collections Retro-Bit recently released, one of them is actually for the 8-bit NES called Data East All Star Collection, which contains five Data East titles crammed into on convenient NES game cart: Bad Dudes, Burger Time, Buggy Popper and Ring King. These titles typically are not in discussions of the greatest NES titles of all time, but they aren’t unheard or even bad titles, and a lot of us who have a history of playing on the 8-bit box probably have fond memories of a couple titles in this collection. It is unfortunate that Karnov is not included, simply because it would be cool see that packaged alongside Bad Dudes. This collection comes with a standard NES box, a sticker, a couple pins and a rudimentary instruction booklet. All games are exactly as they were in their original release, and the player selects the game they want to play from the title screen when they turn the system on. The only real negative is there isn’t an option to exit the game to return to the main menu, or if there is it’s not listed in the instructions, but thankfully with the NES, pressing the restart button to return the main menu doesn’t have the lengthy start up times that come with modern consoles.

Bad Dudes is a port of the 1988 arcade games Bad Dudes vs Dragon Ninja. Since this collection has the games exactly as they were on the NES, this game still is guilty of committing the NES cardinal sin of attacking with A and jumping with B, but the 63 life code still works. To save you the trouble of Googling it, on the title screen on the second player controller press B A down up down up and then start on the first player controller. It’s a 2D brawler where Blade and Striker are on a mission to rescue president Ronnie by punching and kicking a bunch of cannon fodder ninjas with the occasional dropped weapon to pick up, kind of like a Double Dragon and Contra hybrid, or Rush’n Attack if a comparison to a real game if preferable to some abstract idea. It’s pretty brainless but also fun, especially with a second player. The music is actually pretty good for an 8-bit game, so this might be a title worthy of getting the Vomitron treatment. 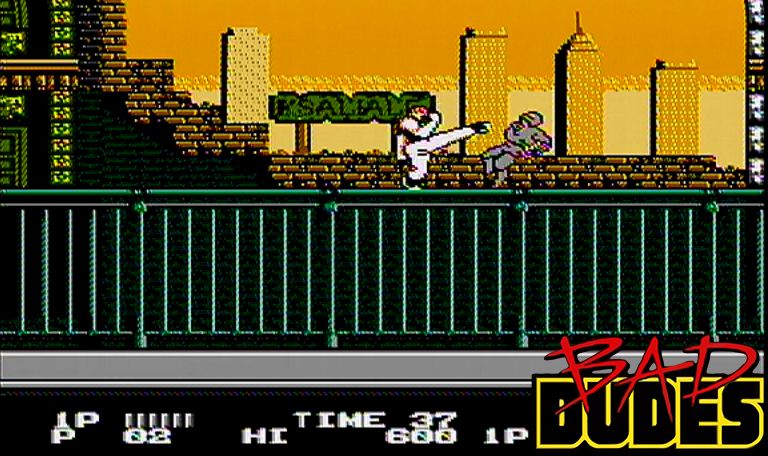 Burger Time is a relic from 1982 that combines two of the greatest things in the world, food and video games. It’s setup is pretty simple like most arcade games from that time with the single screen level where the player has to guide Chef Pepper to the burger ingredients while avoiding enemies, similar to games like Pac Man and Donkey Kong Jr. but different enough where it has its own identity. The concept is simple, climb up the ladders and walk on the burger ingredients to build a delicious burger stack and if Chef Pepper gets backed into a corner he can stun his enemies by using pepper shakers like they were pepper spray. The level configuration changes but the basic gameplay is pretty much the same throughout and gets progressively more difficult. This is actually quite a bit of fun if you’re in the mood for a classic arcade game.

Buggy Popper is an overhead driving game which is the Famicon port of the 1982 arcade game Bump ‘n’ Jump. Bump ‘n’ Jump was released for the NES in North America in 1988, and I would guess aside from the title this is pretty much the same game but without owning this title for the NES I can’t do a proper side by side comparison. The plot is your girlfriend has been kidnapped by the Black Army Corps and you must race to save her. The gameplay is you drive along the highway and try to bump other vehicles out of the way and jump over large rivers, making the original game’s title make a lot more sense. There is actually quite a bit of variety in level design appearance throughout the game. This title is fun but ultimately forgettable, though having a Famicon port is kind of interesting. 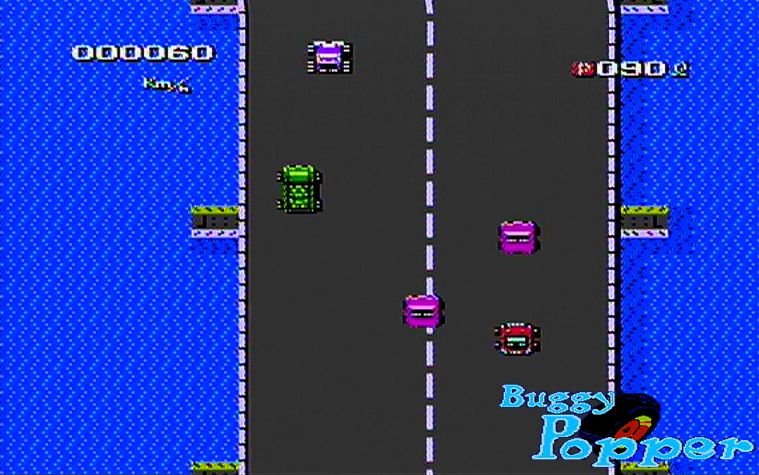 Side Pocket is the 1987 NES port of the 1986 arcade game. The goal is reach a certain score to progress to the next city by clearing all balls from the table in a limited number of shots, with more points being awarded for trickier shots. There are two different two player modes, one is a variant of the main game and the other is a nine ball game, where the goal is to sink nine balls before your opponent. Much like Ring King, there have been significant advances in billiards games since this title came out but there is still some enjoyment to found in here. A broken line is used to line up the shot to give an idea of the cue ball’s trajectory and the player can use the power gauge to shoot with force between feather touch and hammer blow. During the review play sessions it was difficult to care about advancing to the next city but it was fun trying to pull off some tricky shots.

Ring King is the 1987 port of the 1985 arcade game, and feels like a more realistic depiction of the sweet science than the much more popular Punch-Out!! The player fights for the championship belt either against friends or the computer, fighting boxers from around the globe. The field of view is in an isometric view, which is as close to 3D as we can expect from this era of gaming. This allows the boxers to freely move about the ring, ducking, dodging and punching each other with different combinations of attacks. For it’s time it seems like a fairly advanced boxing game, and playing this one can suspect that this influenced later boxing games like Greatest Heavyweights for the Sega Genesis, thought the mechanics on this is much simpler. It’s fun in small doses, and interesting from the perspective of viewing the evolution of video game boxing. 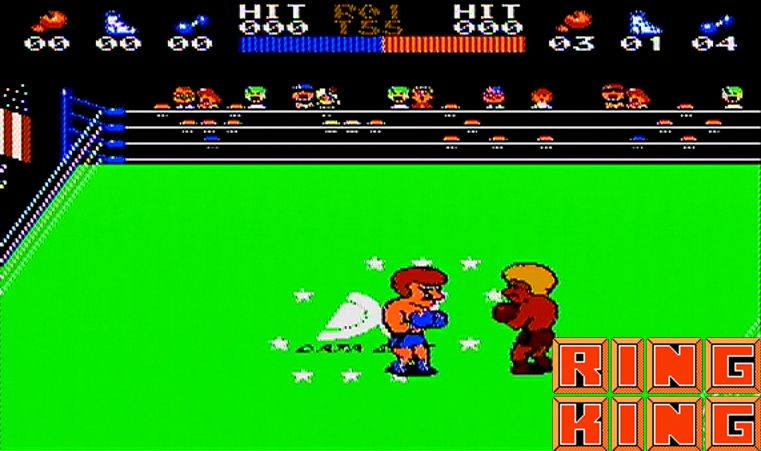 Data East All Star Collection is a great idea and it would be nice to see more collections like this from Retro-Bit. The game selection menu is as straightforward and simple as could be, and all the games in this collection work and play how they should, which is always a concern when dealing with unlicensed Nintendo products, but thankfully not an issue in this case. This is a niche product obviously and designed for someone who likes the novelty of being able to play them on a Nintendo game cart. These are straight up ports of old Nintendo games, so if someone is hoping for an HD facelift or bonus content they won’t really find any of that here, but if they just want the Nintendo games they remember as they were, this is exactly what they’re looking for. This package is solid as far as collections go, so it really boils down to whether or not someone is interested in these particular games.