If the popularity of the recently released SNES Classsic is any indication, there’s still consumer interest in the Super Nintendo Entertainment. That collection contains a bunch of games that are fondly remembered by the SNES generation and many titles that are considered to be among the best 16-bit games period, so it’s not surprising those things are flying off the shelf. Retro-Bit recently put out a few compilation titles for the old Nintendo systems that tend to focus on the less popular titles but may still hold interest to players. The Data East Classic Collection is one such title, though the nostalgia factor is weaker with this collection since the focus is heavily on Japanese releases.

Data East Classic Collection is a straightforward collection of five SNES on one SNES cart. Cart goes into the system, title selection screen comes up and a quick push of the reset button returns the player to the start up screen for when they want to play a new game. The titles included here are Fighter’s History, Fighter’s History Mizoguchi kiki Ippatsu!!, Magical Drop, Magical Drop 2 and Super Side Pocket. Not exactly heavy on household names, but part of that is due to some of these titles never seeing an arcade release outside of Japan, so while this collection loses points for nostalgia (which why else would most people be interested in SNES games?) it makes up the loss by offering Super Famicon games, which is interesting from a historical/collector standpoint. Like the other Retro-Bit collections, this includes a proper SNES box and plastic dust cover, buttons, sticker and a small instruction pamphlet that explains the controls for each game.

Street Fighter II was insanely popular in the early ’90s, so it shouldn’t come as a surprise that there were a bunch of knockoffs that paled in comparison. Fighter’s History was one such knockoff. Fighter’s History has nine playable fighters and two boss characters, one of which is Karnov from Bad Dudes. Karnov has slimmed down since his employment with Dragon Ninja, but he still breathes fire so we’re going to say it’s the same Karnov. There’s the standard arcade mode called CPU Battle, a five against five team Survival Mode and a basic Versus Mode for two players to face off against each other. While not a terrible game, this is about as bootleg Street Fighter II as can be. The stage and character designs don’t even try to hide their influence, complete with taunts at the end of battle, breakable objects at the edge of the screen and plenty of quarter circle D-Pad special moves. It’s of a lower quality than what it is trying to copy, but despite the imitation factor and slower gameplay, the control mechanics are solid so it’s at least enjoyable. 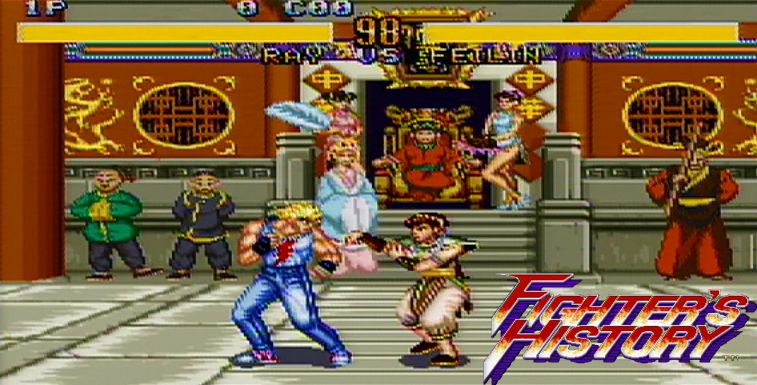 Fighter’s History Mizoguchi kiki Ippatsu!! is a 1995 game exclusive to the Super Famicon. This includes the standard arcade/CPU Battle and Vs. modes, along with some new modes like Tag Battle, Survival and Practice. The biggest addition is the Mizoguchi Mode, which is a story driven single player mode with narrative cutscenes where the player controls  Mizoguchi. As this is a port of the Super Famicon game, so unless one is literate in Japanese they won’t really know what’s going on. The roster of fighters features some returning pugilists from Fighter’s History mixed in with some new faces. The visuals are a little improved over its predecessor though the mechanics remain largely the same. It’s actually kind of fun for what it is, but it’s questionable how long a twenty year old Street Fighter II knock off can hold someone’s attention these days.

Magical Drop and Magical Drop 2 were released in 1995 and 1996 respectively. The first game may look familiar since it was released in the arcade under the name Chain Reaction but it never saw a home port in the US. Magical Drop 2 was ported to Neo Geo, Sega Saturn and Super Famicon, so those of us that favored Nintendo consoles in the ’90s never got to experience this title. These games are similar to Columns but different enough where they can’t be considered a clone. The player can either face off against a computer opponent in Story Mode, play against another person or just play the game as its own puzzle. The player selects a character to control and the goal is to line up three balls of the same color in a column to make it disappear. The rows of balls keep increasing, and if it amasses to many balls the player is crushed and it’s game over so speed is an important part of strategy. The player moves their character under a ball, calls it down to them and then throws it back up to balls of the same color. The player can grab multiple balls at once to create a bigger chain reaction, as any adjacent balls of the same color to the column disappear with it. 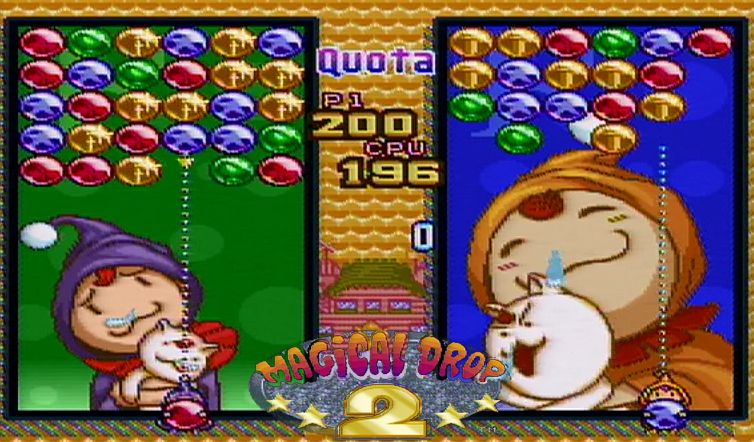 Magical Drop 2 is essentially the same game, except with more characters, greatly improved visuals and added gameplay elements like making special balls able to interact with the regular ones. Character choice for the player doesn’t seem to affect anything besides appearance but the characters have different behaviors when controlled by the computer. These are surprisingly the titles that are most likely to get the most mileage out of this collection, and while they may not exceed games like Puzzle Fighter, Columns or Tetris they do share the fun elements of fast paced spatial puzzle solving.

Side Pocket is the 1993 SNES port of the 1986 billiards arcade game, and basically the same game featured in Data East All Star Collection for the NES except with better graphics and sound and better control due to the extra buttons on the SNES controller. The goal is reach a certain score to progress to the next city by clearing all balls from the table in a limited number of shots, with more points being awarded for trickier shots. There are two different two player modes, one is a variant of the main game and the other is a nine ball game, where the goal is to sink nine balls before your opponent. As far as billiards simulators go, this one is pretty basic compared to more recent games but what do you expect for a game that’s been around for over thirty years? It’s still fun to try to pull off some tricky shots, and if you just want a simple billiards pick up and play game to face off against a friend this one fits the bill just fine. 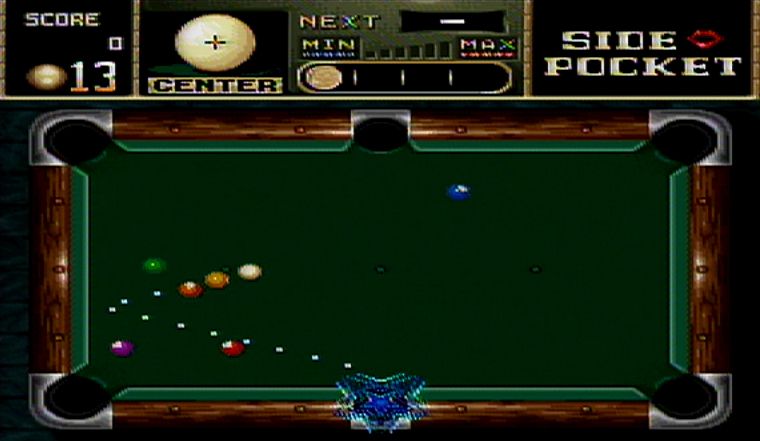 Data East Classic Collection is a bit of a strange compilation. A collection of old 16-bit games seems like it would lean heavily on nostalgia to sell itself, but three of the five games present were never available in this format in this country. The Fighter’s History titles are cut-rate but decent Street Fighter knock-offs, and while it is cool to be able to play Fighter’s History Mizoguchi kiki Ippatsu!! on a SNES, the faithful Japanese text cutscenes will leave most American gamers having to piece the story together from the visuals alone. Side Pocket is fun though basic for billiards, with the Magical Drop titles being the most enjoyable games included with some potential addictive qualities. For the collection itself, the games run just fine and selecting a game to play is a quick and easy process. As for the included titles, this would be recommended to fans of puzzle games just for the Magical Drop titles for games based strictly on enjoyment and fighting game connoisseurs just to experience the Fighter’s History titles for the sake of experiencing them, though they are not the greatest 2D fighters or even the best Street Fighter wannabes.