Music can often be overlooked and underappreciated in the gaming industry. While there is always an emphasis placed on pushing console software to its limitation or seeing continued innovations such as virtual reality, aspects such as music have continued to evolve and refine the gaming experience over the past few decades. From the 8- and 16-bit eras of music to the Hollywood-esque soundtracks emulated by composers in today’s gaming market, it’s difficult not to look at the history of music and admire how far it has truly come in the industry. Whether it’s the use of an original score or even licensed tracks, music can be a cornerstone factor that helps establish some gaming moments to become memorable or be considered as iconic. 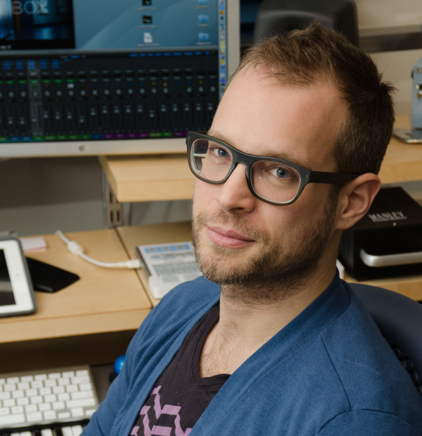 Joel Corelitz, along with Keith Leary and Peter Scaturro, received a BAFTA nomination for The Unfinished Swan in 2013. Credit: Joel Corelitz

For a composer like Joel Corelitz, the role of music will never be downplayed in the gaming industry. Corelitz, who composed soundtracks for acclaimed titles such as The Unfinished Swan and TumbleSeed, recognizes the significant contribution that his particular works can add to the overall gaming experience. One of his most recent projects included the puzzle title Gorogoa, which brought together “a variety of handmade sounds and unconventional themes, [as] each piece is designed to capture the emotions of Gorogoa’s environments and story in ways both unexpected and unique.”

Hardcore Gamer had the opportunity to catch up with Joel Corelitz for an exclusive interview. We spoke to Mr. Corelitz about his career in the gaming industry, how he ended up working on Gorogoa and the challenges he faced in the development of the soundtrack.

[Hardcore Gamer] We know that Joel Corelitz has a history of working on gaming soundtracks, but how did you become so involved in this industry? Was gaming a big part of your childhood growing up?

Yes. I grew up in the ‘80s and ‘90s and each system had such a distinct personality and unique sound. I think that led to my fascination with sound design and electronic music.

Whether it’s the use of an original score or even licensed tracks, music can be a cornerstone factor that helps establish some gaming moments to become memorable or be considered as iconic.

So, how did you end up getting involved with a project like Gorogoa?

Nathan Gary, one of the producers from Annapurna Interactive, was a fan of my work from The Unfinished Swan and thought its sensibilities might work for Gorogoa and introduced me to Jake (Jason) Roberts.

What’s it been like to collaborate with developer Jason Roberts on Gorogoa? Was there a shared vision between the two of you on the direction of the music?

Jake is so talented, has such a strong vision for the game and has poured so much into this project, yet he was so open to both creative and technical ideas for the score. It really was the ideal collaborative experience.

Most scores [that] I work on start with the way many scores do — with musical themes or sounds. But my first several conversations with Jake were purely technical, revolving around the unique musical opportunities we had because of the game’s tile system. It was interesting to conceive the implementation scheme first and then build the creative component of the score around that. 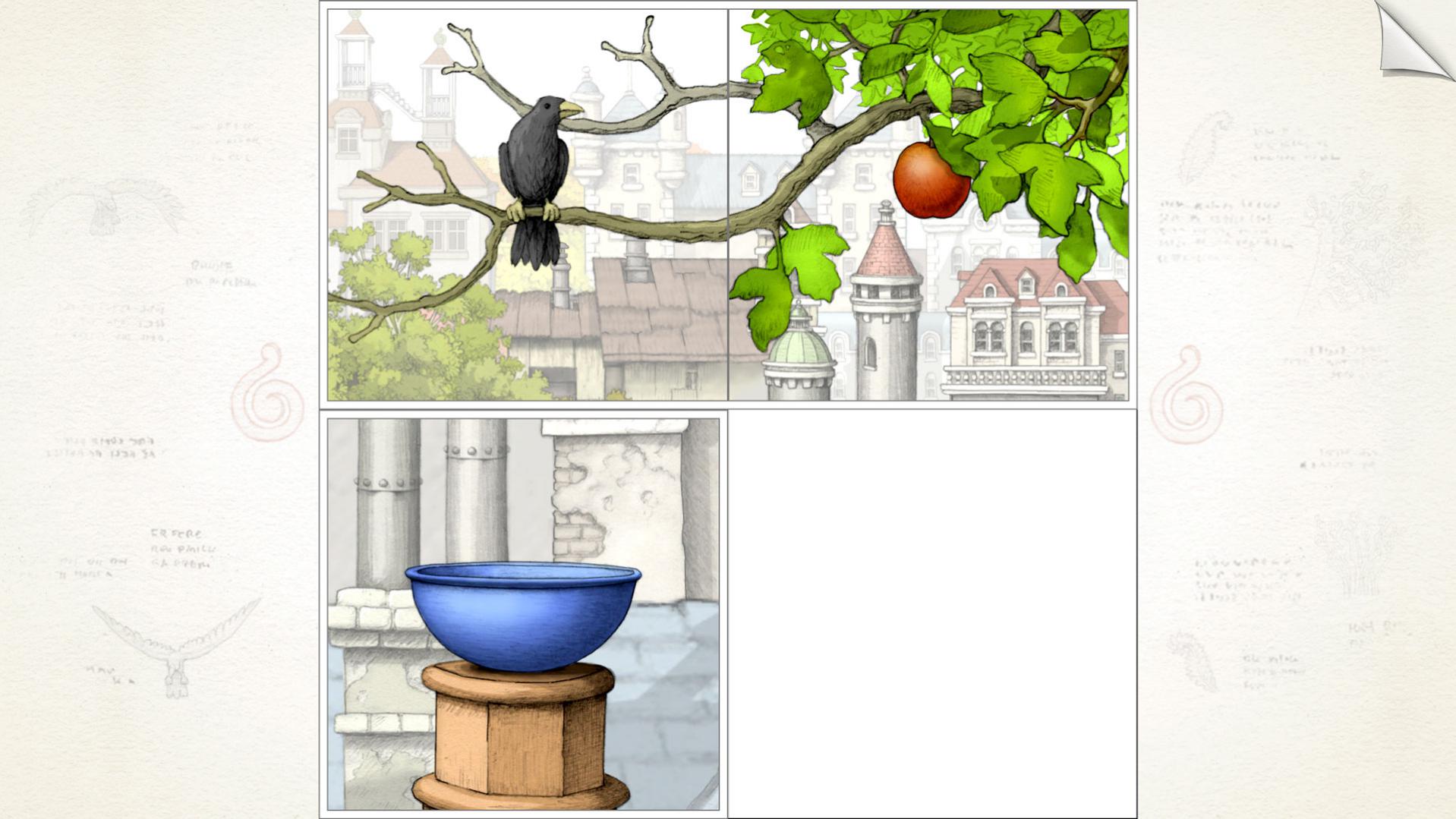 Give us an insight into how you began your work on the soundtrack for Gorogoa. Did you have any specific inspiration behind the music?

There’s a website, inbflat.net, which is a bunch of YouTube videos all on one page that you can play in any order at any time. It was one of the first things I sent to Jake.

I loved the idea that, in the game, we could have many pieces playing at once because, as a player, you’re accessing multiple places at once. As a listener, your experience will always be interesting and different. To me, that’s the most exciting thing about games: to present music in different ways, where you don’t have to always just listen from beginning to end.

What was the tone that you were trying to create through Gorogoa’s music?

Jake specifically didn’t want anything thematic or many recognizable instruments — anything too thematic could be disruptive of the players’ concentration. So, in many ways, the music functions like a musical space — a musical signature of each environment in the game. I tried to figure out how each place in Gorogoa felt and expressed that musically. 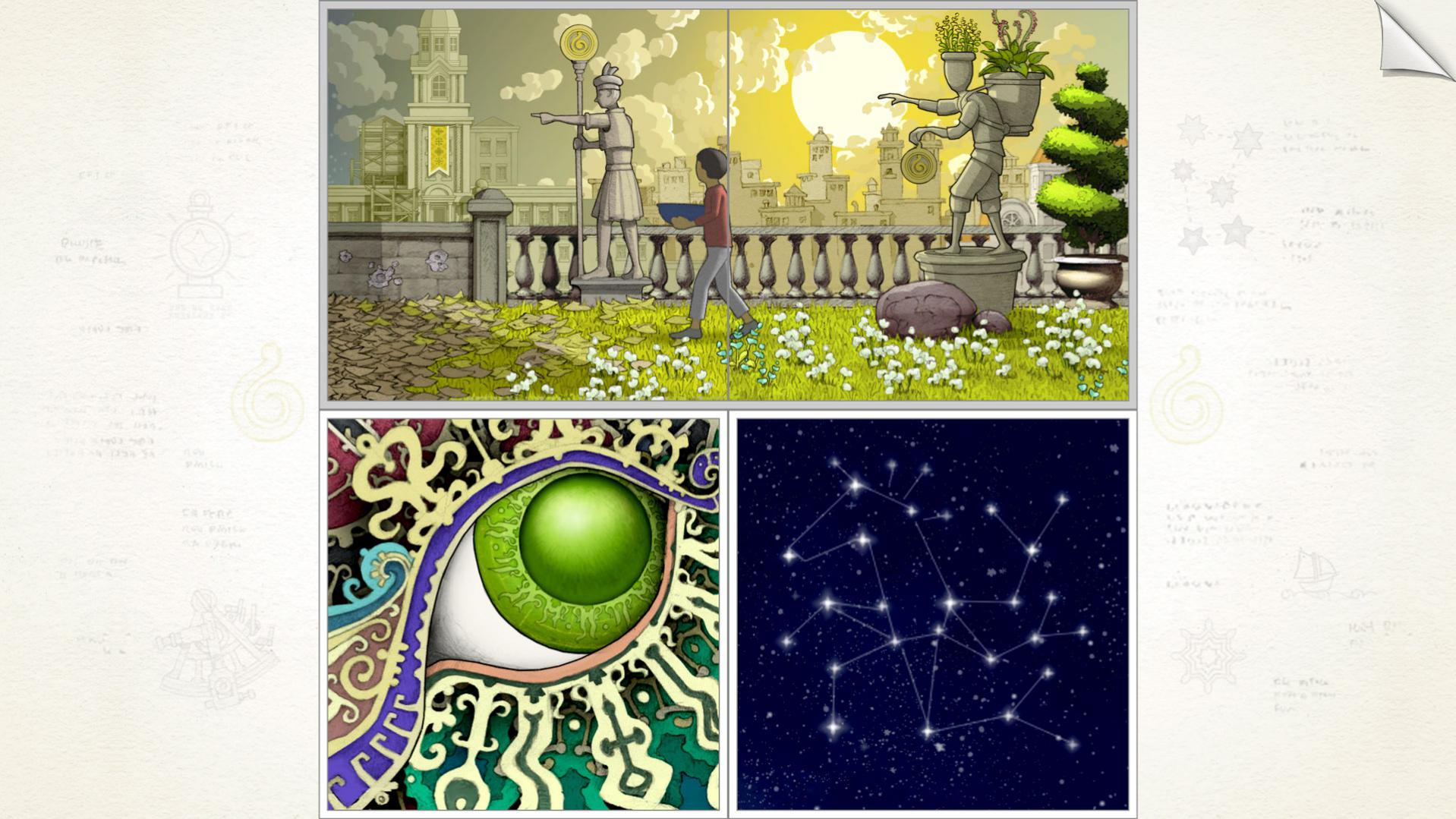 How do you think the music for Gorogoa compares with other puzzle titles on the market?

Different, I hope! I always try to make things unique.

Most scores [that] I work on start with the way many scores do — with musical themes or sounds. But my first several conversations with Jake were purely technical, revolving around the unique musical opportunities we had because of the game’s tile system. -Joel Corelitz

What was the biggest challenge that you faced in the development of Gorogoa’s soundtrack?

Because of the way the score works, every piece of music has to sound good with several other pieces of music, so getting it all to work together was like a puzzle. The trickiest part was finding space and scaling back. My first few experiments had way too many layers, were too dense and I had to pull them back because it was important for things to breathe. It’s also an interesting challenge to create sounds that are from unrecognizable sources that don’t sound too electronic or synthetic. I wanted it to feel human and handmade.

This interview continues on page two, as Joel Corelitz talks about how his past projects have impacted his current works, the evolution of sound in the gaming industry, what he considers to be his best soundtrack and what the future holds for his career.