Now that our Game of the Year Awards are out of the way, it’s time to take a much needed rest and…ah, who are we kidding? We might have just kissed the best of 2017 goodbye, but we’re already rearing to check out the best of 2018. As such, we’ve put our heads together to come up with our top ten most anticipated games of 2018. While many of the games on this list have had limited gameplay shown, it’s hard not to be impressed with their unique gameplay and concepts. 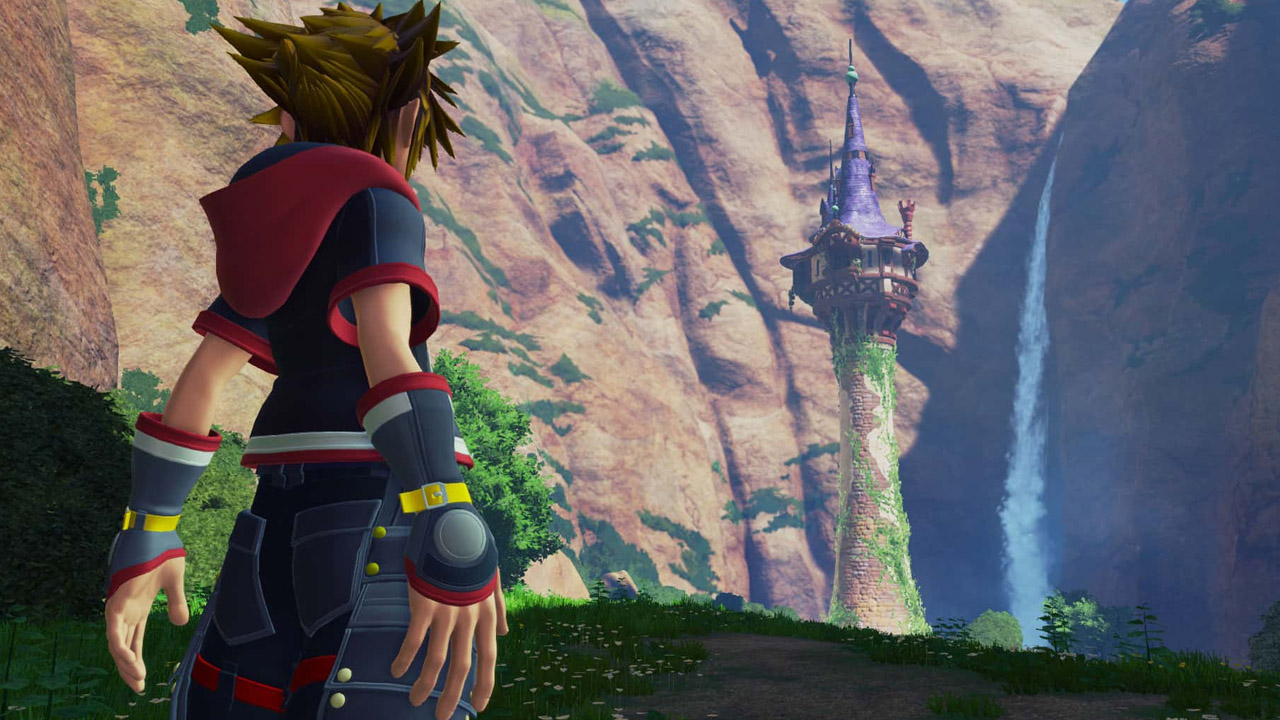 It’ll be thirteen years since Kingdom Hearts II when 2018 rolls around. For thirteen years we’ve waited on Tetsuya Nomura to deliver the third Kingdom Hearts game. Sure, we got spin-offs and a prequel, but it’s the main course Kingdom Hearts fans have been waiting for and we’re finally getting it in 2018. Square Enix has confirmed that Kingdom Hearts III will finally launch in 2018. Sora’s back and ready to take us on one final adventure against the dastardly Master Xehanort. Alongside Donald and Goofy, Sora will travel to worlds inspired by Toy Story, Big Hero 6 and Tangled as he builds a team of seven lights to take on Xehanort’s thirteen darknesses. It’s going to be an epic showdown, which is why we can’t wait for the game to finally launch later this year. 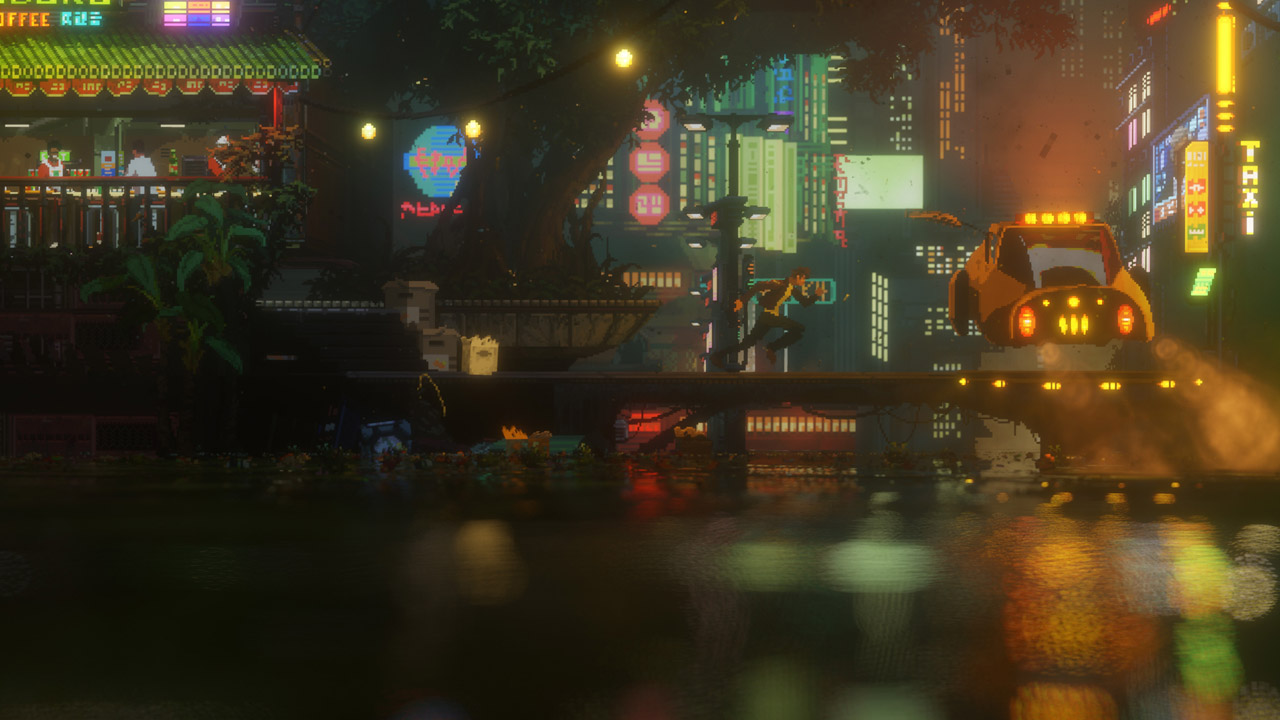 The way it’s presented, one might tend to believe that E3 is largely a showcase for triple-A games only, while smaller indie titles tend to get their highlights during the likes of PAX. That wasn’t the case this year, though, as everyone was buzzing about The Last Night after it was revealed during Microsoft’s press conference. A cinematic platformer in the vein of games such as Flashback and Another World, The Last Night has dazzled us so far with its cyberpunk universe and its jaw-dropping animation and unique implementation of pixel art, with the gameplay so far suggesting an action-packed mystery and impressive combat sure to keep us on our toes. Needless to say, we can’t wait for Raw Fury and Odd Tales to deliver the whole neon-soaked package. 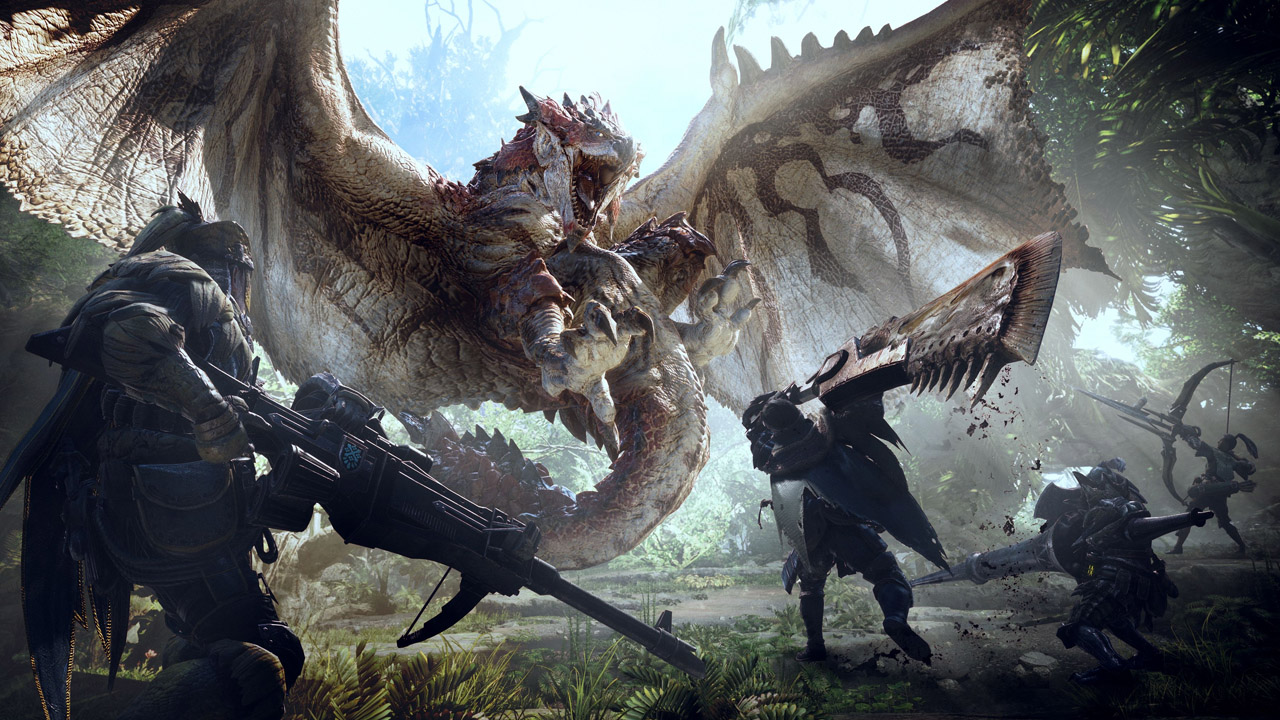 It’s been seven years since players have had a Monster Hunter title released exclusively on console in the west and taking down these amazing giant beasts head on has never looked better. While the series has been a bit of a mixed bag outside of Japan, Monster Hunter: World is aiming to appeal to the widest audience yet with some of the best looking gameplay and story integration the series has ever seen. Along with being in the works for quite some time, this marks the first time Xbox and PC will receive official English releases of any Monster Hunter title. This opens the doors for even more players to join the fight against all manner of wyverns, leviathans and elder dragons that stand in their path. The best part about it is hunters don’t have to wait long as Monster Hunter: World is right around the corner, and we can’t wait to load our bowguns and sharpen our hammers to take down the biggest brutes yet. 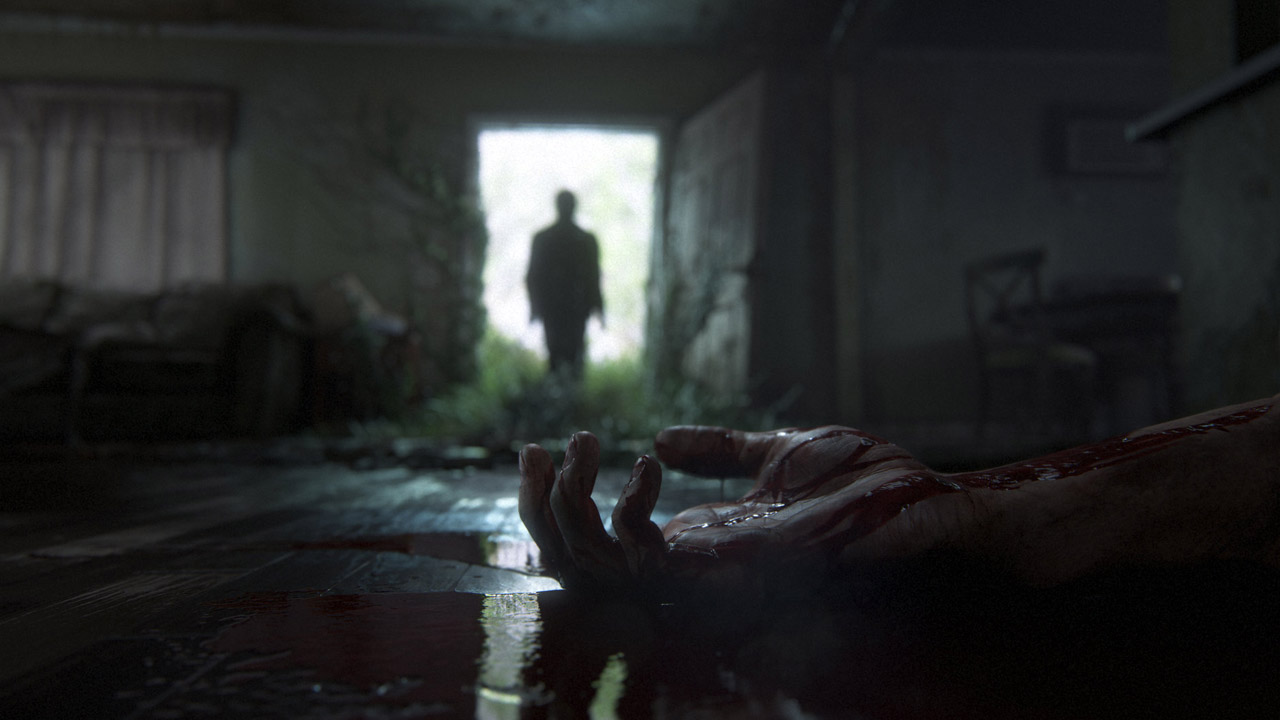 The Last of Us wasn’t just an amazing game, it was one of the best games ever created. Naughty Dog’s take on the apocalypse explored the darker sides of humanity after society collapses. Taking on the role of Joel, players saw through the eyes of a man who lost everything and the lengths he would go to protect his surrogate daughter, Ellie. First announced in 2016, Naughty Dog and Sony have been selective with what information has been put out so far for The Last of Us Part II. We’ve only gotten a few looks at the game, but what’s been shown so far has been tantalizing. The Last of Us Part II is already exciting with what little we know, which makes it all the more exciting to see the rest of the game in 2018. 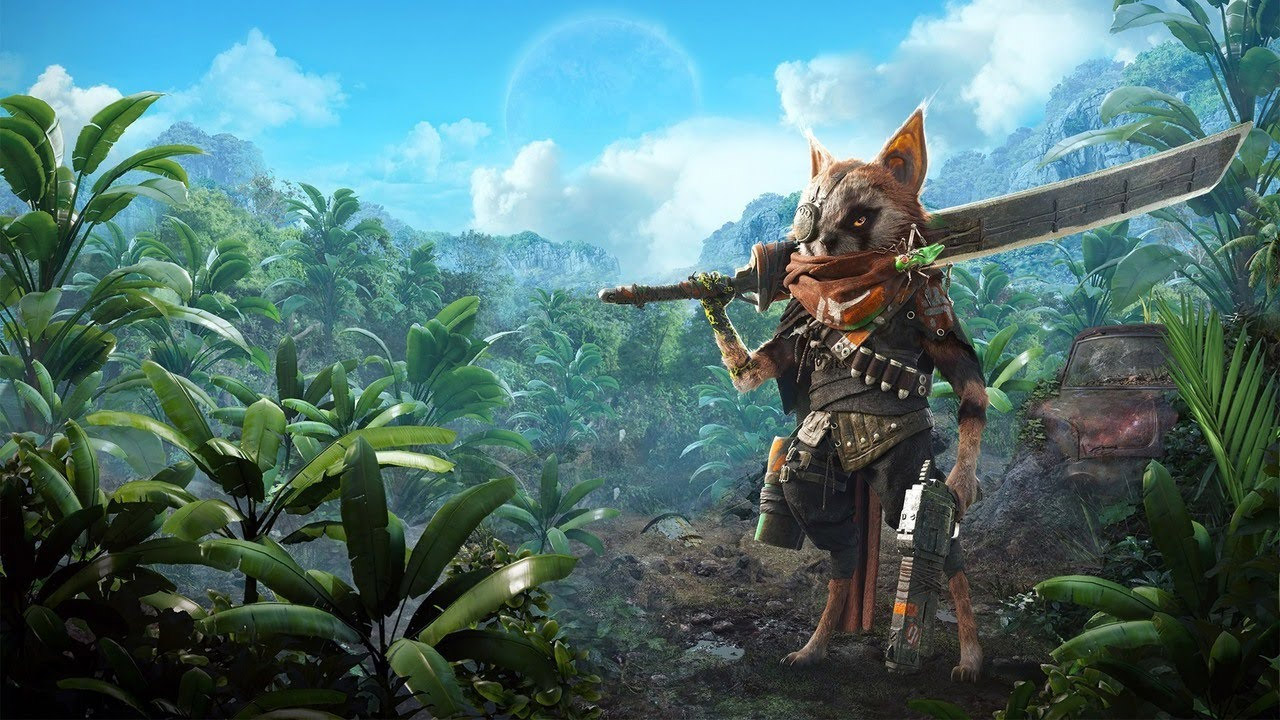 If we were to place money on an early frontrunner for the “Best Surprise” category for next year’s awards, it would likely be on Biomutant. Revealed during PAX West last year and seemingly coming out of nowhere, THQ Nordic and Experiment 101 look like they’re aiming to deliver what could potentially described as the best open-world Ninja Turtles game we never received, with intense kung fu combat, enjoyable gunplay, the ability to actually mutate your character in order to gain new skills and appearances, and some rather striking and lush visuals. Most importantly, it all just looks so damn fun, whipping around the area and having your furry little friend swat away entire enemy hordes in a test of skill. Truly some impressive stuff and we’re looking forward to enjoying even more of this post-apocalyptic beauty. 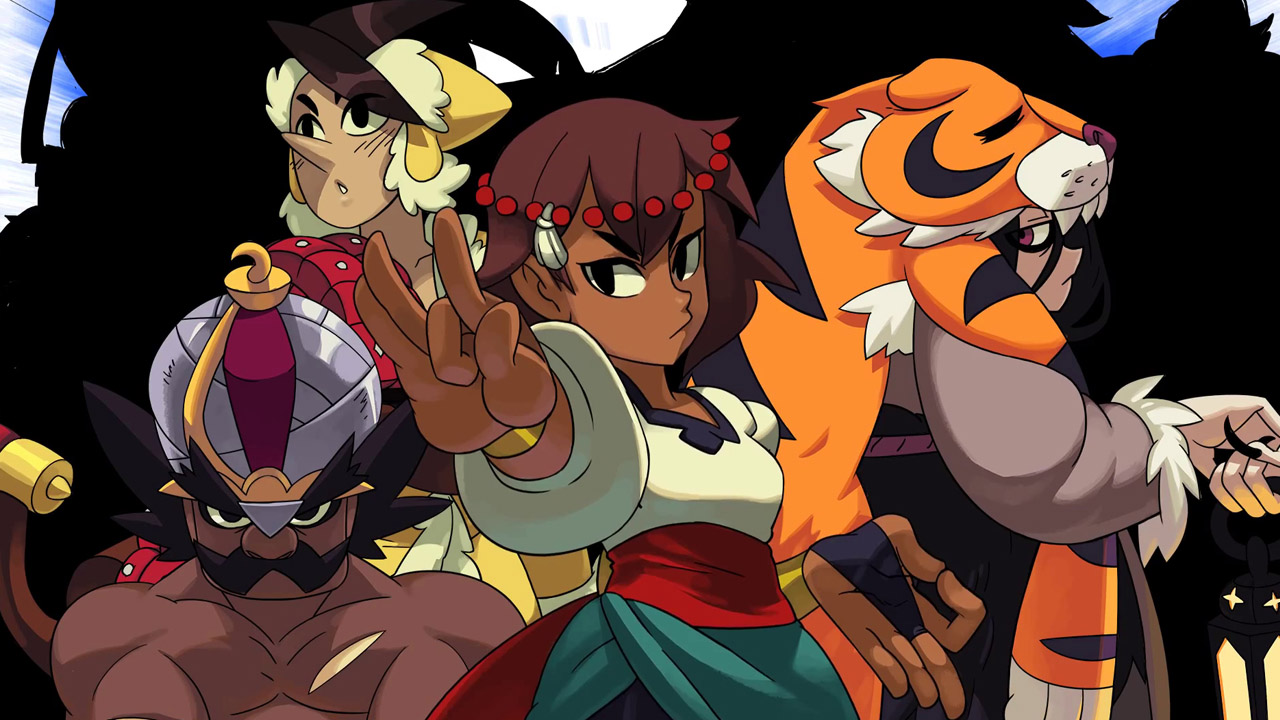 Where crowdfunding has often been the domain of projects with a fair sprinkling of nostalgia or longing for gaming of yonder, aesthetically or otherwise, Indivisible is shaping up to be a title that doesn’t need the crutch of past legacy to stand on its own two feet. And while the diverse illustrations of its art-style will appease some, perhaps it’s the enticing alternative to combat the game brings that might be one of its more highly-praised enjoyments. Much like Child of Light or Bravely Default before it, Indivisible’s desire to break from the binaries of turn-based/real-time combat results in a system that blurs the line between both and is far more compelling to master as a result. From first-hand impressions alone, Indivisible just might have one of the more interesting gameplay mechanics of 2018 and with an intriguing world to back it up, developer Lab Zero’s meshing of genres here could be something prominent to add to their Skull Girls fame. 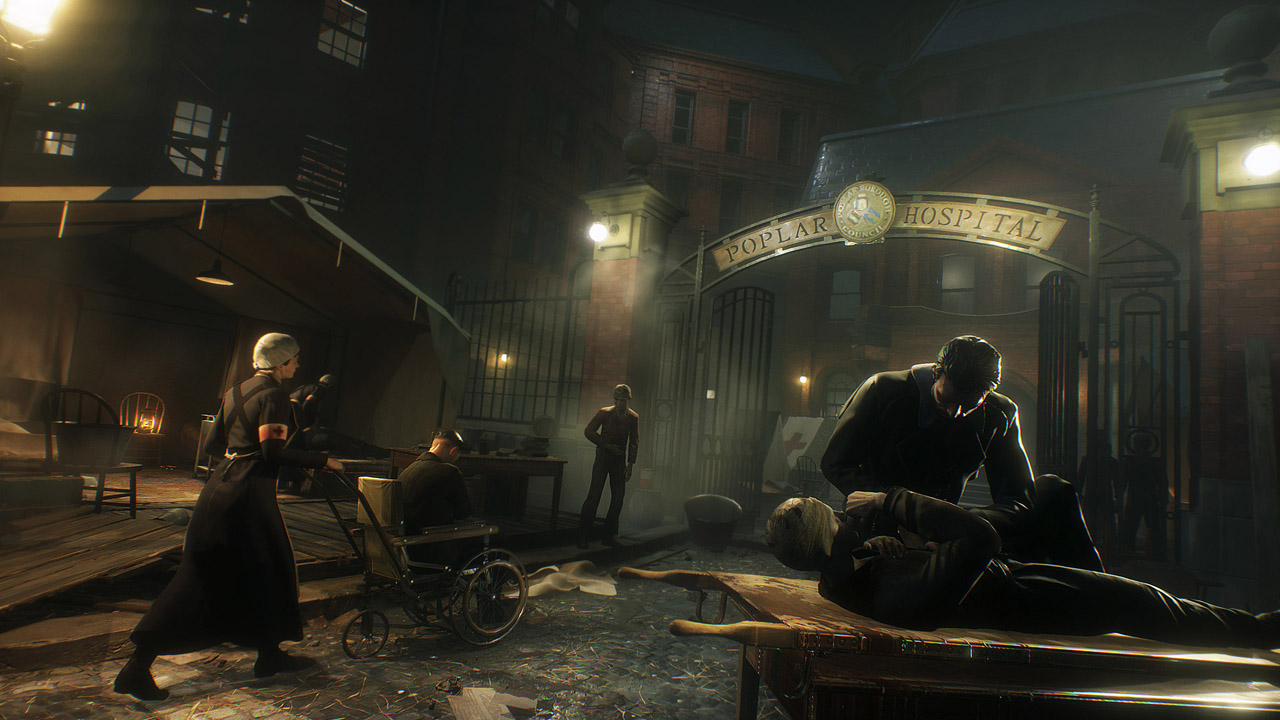 Vampires have been a popular subject matter for so long it’s difficult to find a way to make a vampire game seem interesting enough to stand out from all the other undead human mosquito games. Vampyr is one of those titles that has succeeded in setting itself apart. Set in London in 1918, the player takes on the role of Dr. Johnathan Reid, a physician who recently became one of the sanguine addicted undead. By day he must work on a cure for the flu that is ravaging his city, by night he preys upon the life essence of those he toils to save. Living as both human and vampyr, he faces opposition from both vampyr hunters and other undead monsters. Will Reid succumb to his bloodlust and condemn London to a terrible fate, or will he be able cling to his humanity? The desire to know what fate Reid will bring to London, and how players can influence it, make Vampyr a highly-anticipated title. 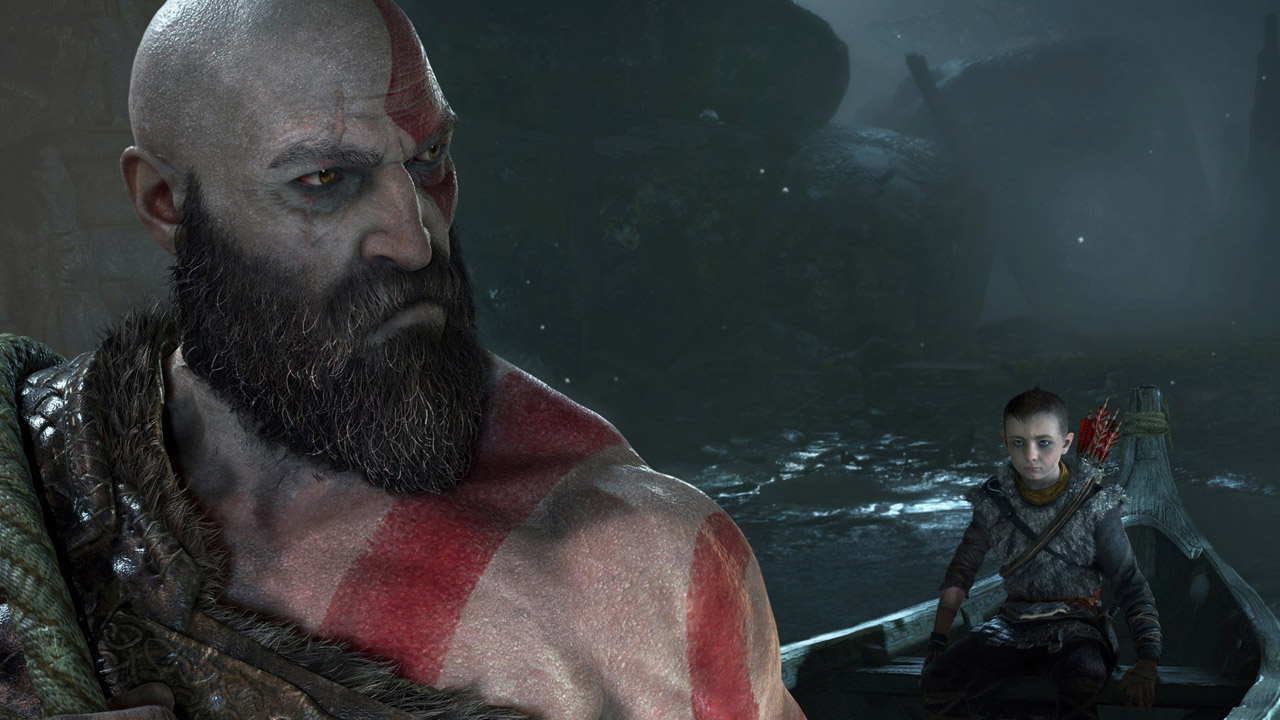 God of War is back with a brand new style. We know Kratos for being an overly aggressive and just plain vengeful individual – you can’t get the title of God of War by being a softy, after all – but in the upcoming title, our anti-hero is faced with his most challenging task yet: fatherhood. God of War has always had a distinct combat system and Santa Monica Studios is looking to flip it on its head. Just as the game’s name suggests, they are looking to completely rework God of War to be a fresh new take on the universe, moving from Greek Mythology to Norse, and having a more personal experience with Kratos. You’ll still have all the blood and gore we’ve come to expect from the franchise, but on a much grander scale. While there will be some who fight the idea of change, we can only hope that it will be for the better, because God of War is shaping up to be one of the biggest games of 2018. 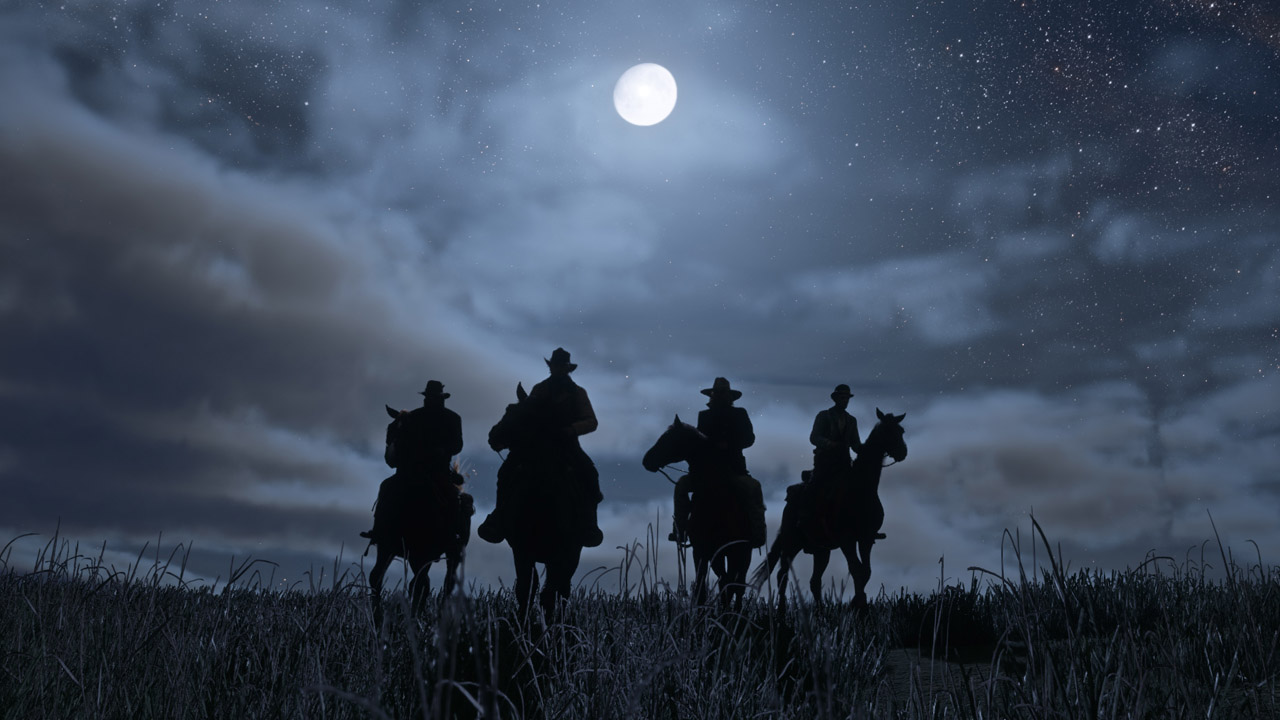 Who could have ever guessed that a little game by the name of Red Dead Revolver, released in 2004, would lead to such an acclaimed sequel in the form of Red Dead Redemption? In many ways, it was a total re-imagining rather than a sequel and quickly became a powerhouse alongside other much-loved Rockstar Games titles. Yet, it took years before the company finally revealed that, yes, Red Dead Redemption 2 is actually happening and not just a fan fever dream. Folks desperately want to return to this western-themed game for good reason. Now seems like the perfect time with western movies and TV series such as Westworld making an impact on the mainstream audience. One can only hope that Red Dead Redemption 2 truly makes its debut in Q2 2018 on PS4 and Xbox One as it’ll be tough to deal with another delay on this hotly-anticipated title. 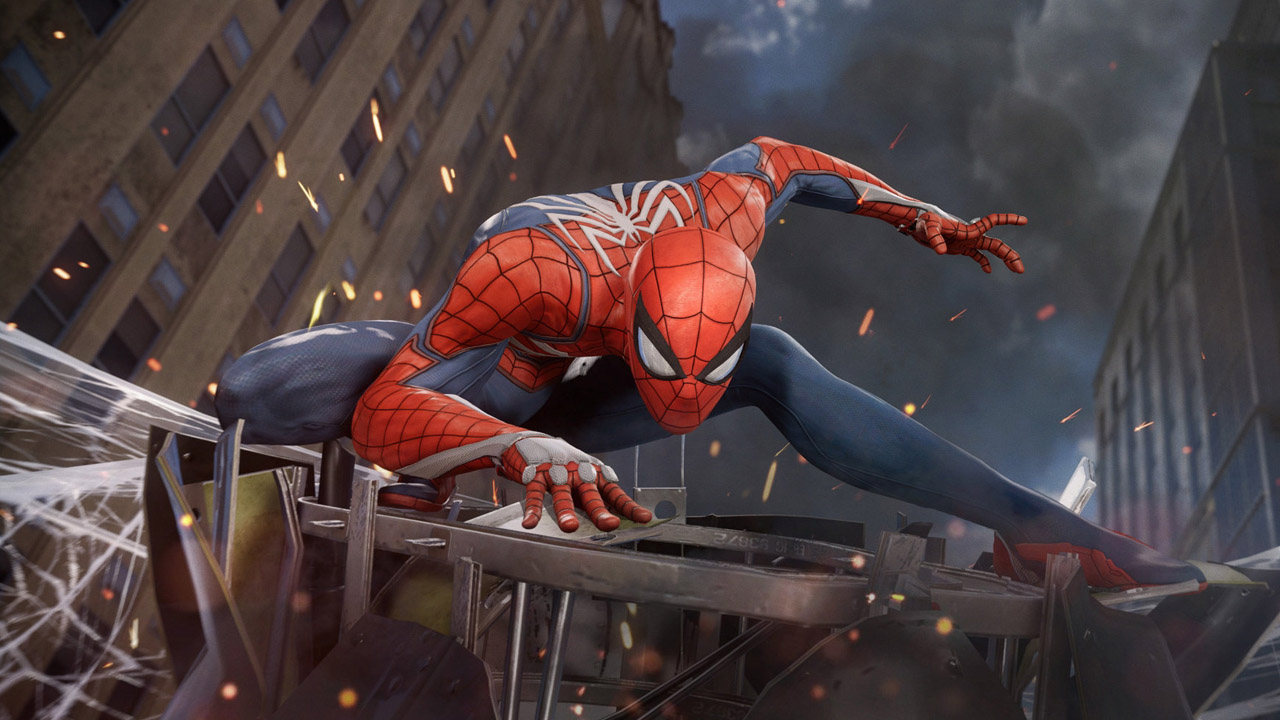 Considering the limited details and gameplay revealed thus far, it goes to show how great Spider-Man looks that we’ve decided to crown it our most anticipated game of 2018. Of course, that likely wouldn’t be the case without the fantastic developer behind the helm. Responsible for Spyro, Ratchet & Clank, Resistance and Sunset Overdrive, Insomniac Games is one of the best in the business. There’s been no shortage of games staring the web-slinger throughout the medium’s history and Insomniac’s take on the character could represent one of the biggest swings in quality following the mediocre The Amazing Spider-Man 2 just over three years ago. The inherent powers of Spider-Man match up perfectly with third-person video game mechanics and we have seen flashes of greatness in a few of the character’s previous games. Combining a character perfect for video games with a developer perfect for the character could make for the perfect storm of licensed video game greatness. Spidey took E3 by storm with the incredible gameplay demo showcased at Sony’s press conference and our hype hasn’t died down a single bit. We’re champing at the bit to get our hands on Spider-Man like no other game thus far in 2018 and its release can’t come soon enough.