Fans of Assassin’s Creed Origins have quite a bit of new content to look forward to, as Ubisoft released the details on their upcoming expansions. Two story expansion DLC packs are planned for release. The first expansion, scheduled for January 23, is titled The Hidden Ones and takes place four years after the events of Assassin’s Creed Origins during the clash with the Roman Empire in the new area of Sinai. This expansion will allow players to continue customizing their character as the level cap will be raised to 45 and will introduce new weapons, outfits and mounts. The Hidden Ones is included with the Season Pass and will cost $9.99 for those without it.

The next story expansion called The Curse of the Pharaohs is slated for March 6. This content will introduce a new storyline for players to explore as they travel to Thebes to investigate an ancient curse that is plaguing the region. The Curse of Pharaohs will focus on Egyptian mythology, pitting players against the famous pharaohs of history and Egyptian beasts as the player tries to unravel a curse that is bringing pharaohs back from the dead. This content will introduce new gear to the player and raise the level cap to 55. The Curse of Pharaohs will cost $19.99 but is included in the Season Pass. 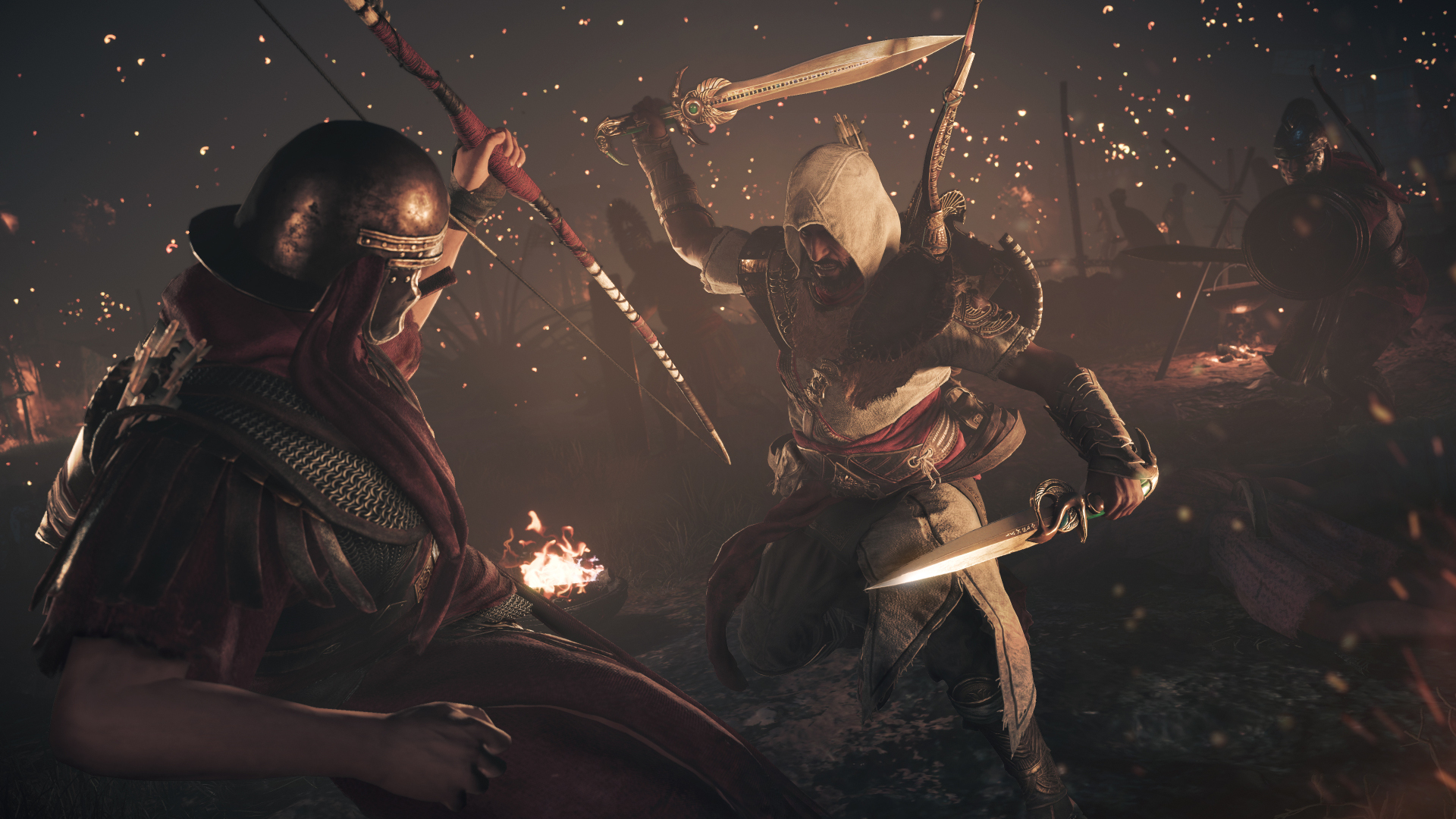 On February 20, the Discovery Tour will be available as a free update for all Assassin’s Creed Origins players and will also be available as a standalone purchase for PC on Uplay and Steam for $19.99. This new mode will turn the Ancient Egypt of Assassin’s Creed Origins into a living museum, curated historians and Egyptologists. This mode allows anyone, whether a hardcore gamer or not a gamer at all, to explore the game world and learn about history and daily life or embarking on guided tours. This provides people an opportunity to explore Egypt free from any bandit or irate hippo attacks or time constraints as quests and the story mode will be disabled when this mode is active.

In addition to these expansions, new free content for all Assassin’s Creed Origins players is planned including more Trials of the Gods and a new quest, Incoming Threat. Incoming Threat is a prequel to The Hidden Ones, which has players heading off for an incoming incursion to discover the source of it. For an in depth look at what we thought of Assassin’s Creed Origins, please check out our review and anyone who is stuck on trying to find all the tombs can refer to our guide.