Digital Continue has created memorable experiences before – with the company itself creating an interesting 2D action RPG/tower defense hybrid in Lock’s Quest and one of the co-creators has crafted experiences like Drawn to Life and Scribblenauts. While the latter games merged things like point and click adventures with puzzle solving, Next Up Hero mixes twin-stick action up with a bit of a rogue-lite while also turning that concept on its head a bit. Even in its early access form, the game gives you a healthy amount of heroes to play as — with nine being playable fully after some unlocking. Each character has their own fairly unique feel to them and will suit certain kinds of gameplay styles better than others.

Anyone who prefers a longer-range attack setup will want to go with the pink-haired Morta to start things off. She has a medium-range shot by default and her aimable mortar makes her secondary attack one of the most useful of the lot if you land it dead-on. Widget is going to be better for those who prefer to play defensively. His primary weapon sets up turrets around the area to attack while his secondary attack unleashes a moveable bomb to tear through enemies. He’s a bit of a glass cannon though since he can’t get out of situations quickly with brute force and requires you to think a move or two ahead in order to excel. 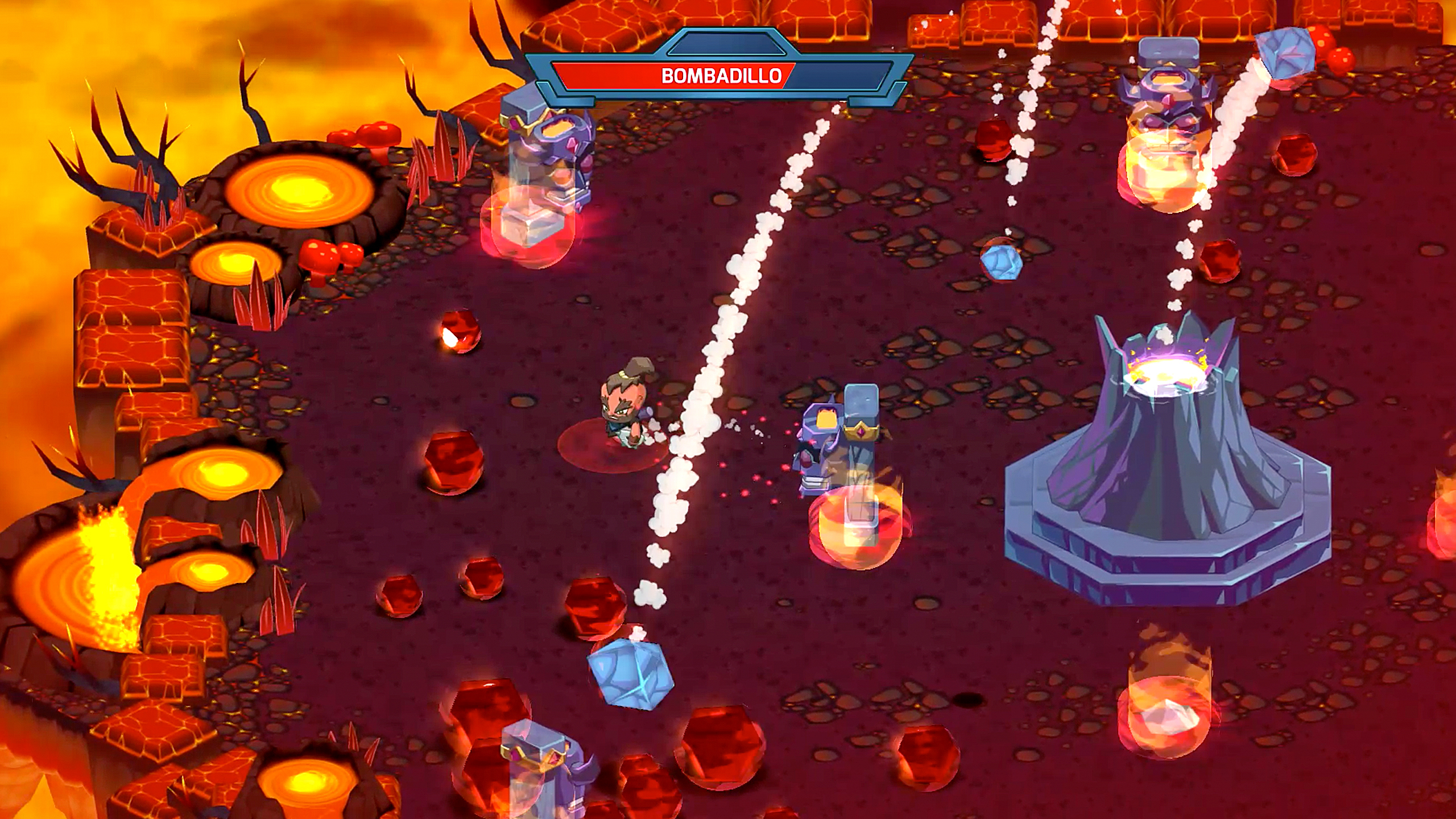 Vale is a short-range goddess and is reminiscent of playing a Mega Man X game with Zero instead of X. Her range is short, but she’s deadly up-close and can deal out tons of damage quickly with her sword. Her secondary attack allows her to go invisible and one-shot kill many enemies with a switch dagger through the body if you land it from behind. She’s a sleeper character because she’s not flashy, but she’s deadly with highly-skilled play.  Rook is a long-range dynamo with a caveat. His boomerangs can attack from a great distance, but require you to position yourself at an angle to either ensure you hit two surrounding foes at once or accept that you will miss one. His secondary attack is outstanding though and allows him to transform into a stick-controlled boomerang to do a healthy amount of damage quickly.

The game’s overhead viewpoint and possible hack and slash action evokes a bit of the Legend of Zelda series — and no character better showcases than than the blonde-haired Paladrin. With a trusty sword and shield, he can take out enemies both close up and far away. For boss battles, his versatility works wonders. If you’re feeling bold, you can take out foes close-up, but you still have the freedom and picking and choosing shots with your shield-throwing secondary attack. It’s a challenge, but this single attack does a lot of damage and can go through several enemies — making it a perfect choice for getting out of a tough spot where you are surrounded. 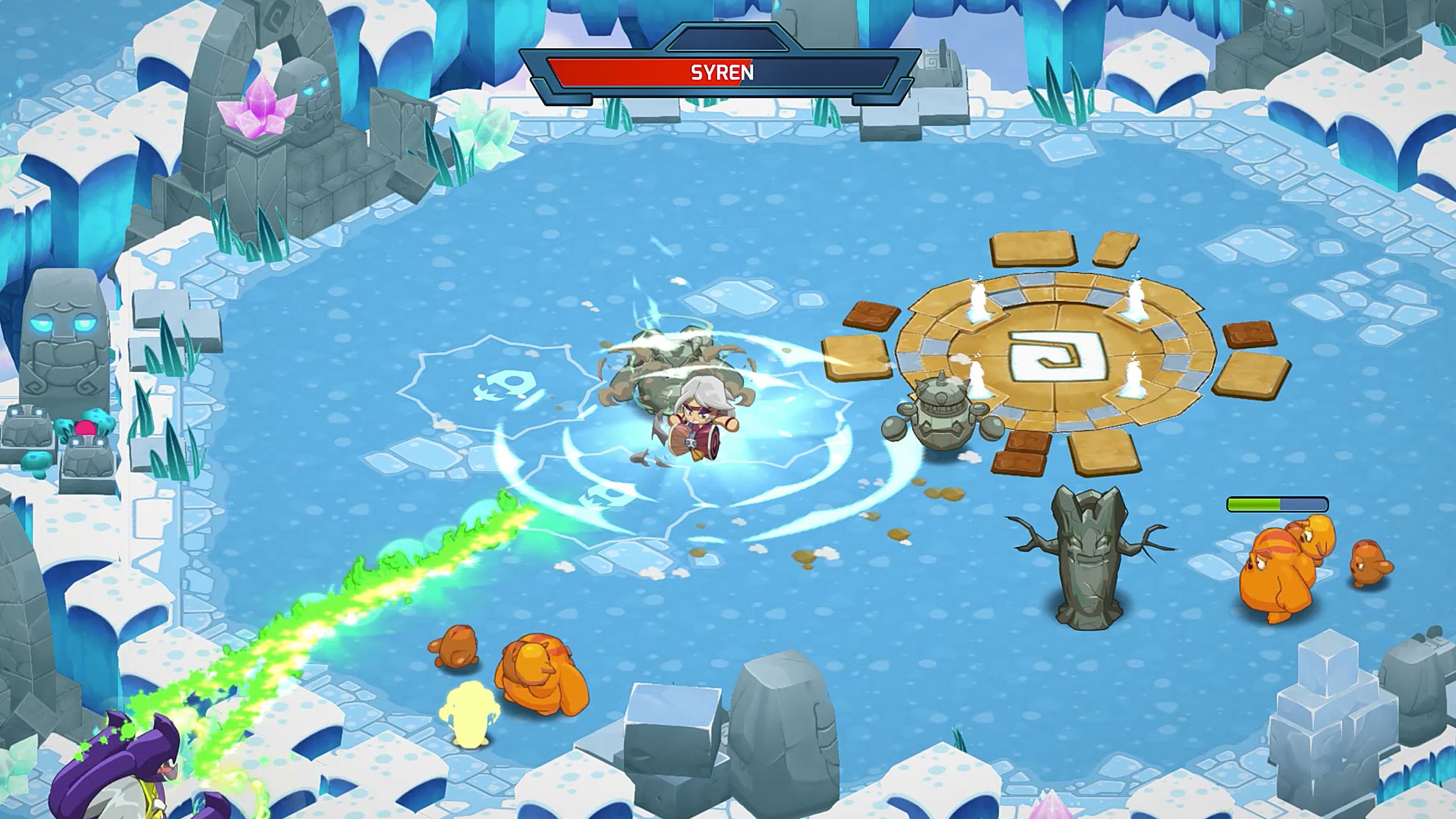 Even in its early stages, NUH offers up a fun twin-stick action game with a lot of variety. Beyond the roster’s diversity, stage goals vary quite a bit. One stage could have you just try to beat a certain amount of enemies until the end goal opens up for you. These are generally good learning stages because you can figure out enemy patterns. Then, you can have a level that has you do that but also tests your efficiency by making you beat a certain amount of enemies within a time limit. These stages are the biggest tests of your skills early on since you have to fight well and avoid death at all costs. Boss stages offer up a challenge as well, but actually give you some forgiving patterns — so they’re not something to be terrified of beyond a little thing like two hits being able to kill you.

Dying in the game evokes a rogue-lite with it ending your total session with that character, but with a change in the mix. You do get to keep your riches and use those to either upgrade your character or unlock a new one. It’s a great incentive to do well since excelling on the more challenging stages nets you gigantic rewards in the form of not only gold, but also items and other pickups. Death is a punishment, but not one that deters progress since you can resume from the stage you died on with a new character. There aren’t any healing items, which forces you to think somewhat defensively at all times and avoid going in guns blazing. Doing so can be tempting, but is a surefire way to quickly die. 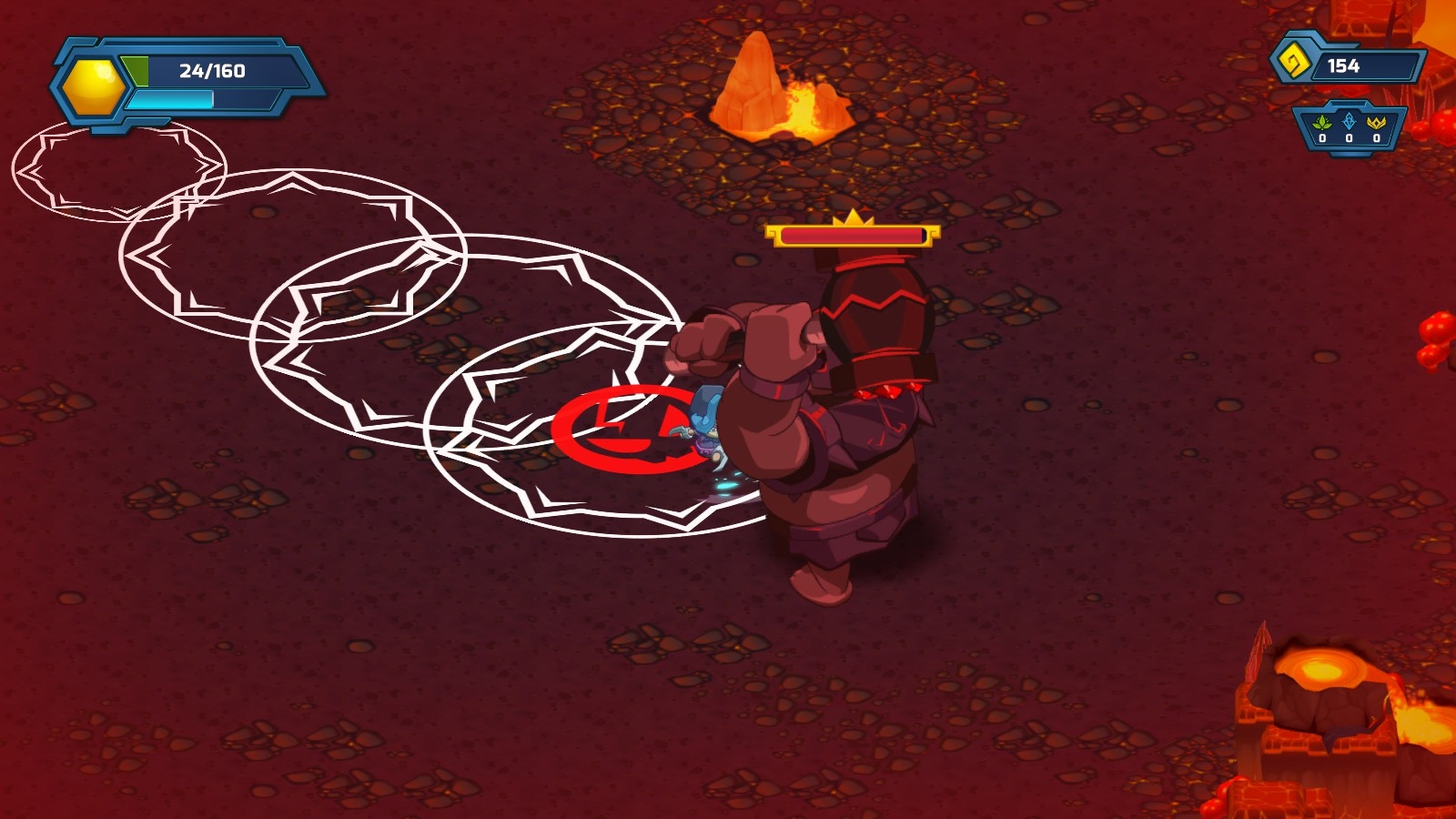 NUH isn’t a perfect experience, though. While it does control like a dream with an Xbox controller, we did experience a few crashes throughout the action. It never affected a major play session to the point of having to replay a stage, but did prevent the game from booting up — so be mindful that is in in early access and has some quirks. The graphical presentation is solid, with impressive character art and even a bit of voice work to start off a stage. It’s nothing amazing in that regard, but the fast-paced music keeps your blood pumping.

Next Up Hero is available now on Steam and even without it being as finely-tuned as it will become, it’s a definite recommendation for anyone who loves overhead action games. This holds more true for those partial to twin-stick action games as well since it brings a lot of what made games like Smash TV addictive, but with some additional challenges thanks to the wider variety of modes beyond just “kill everyone on-screen.” Digital Continue has a hit on their hands if this gets even a little bit better with bug fixes and is one of the relative few early access games that is worth jumping into right away.