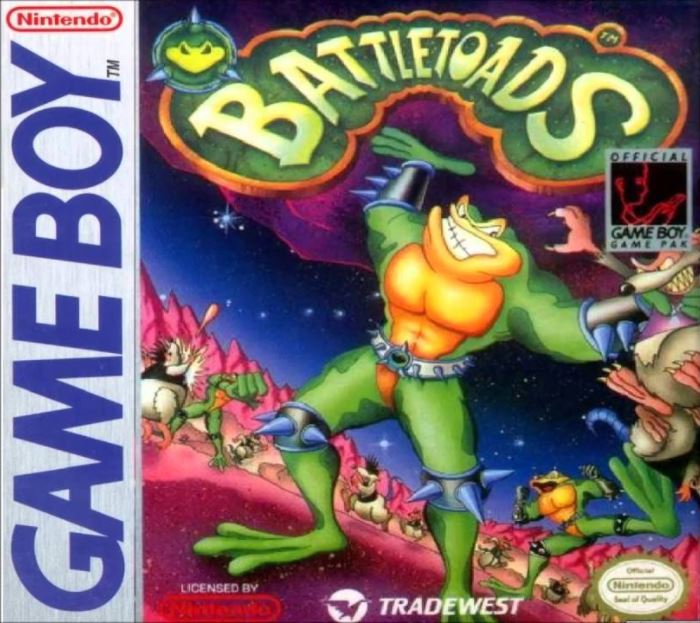 In 1991 four pizza scarfing testudine martial artists were ridiculously popular, which meant that other people wanted to jump on the anthropomorphic warrior cash cow and see how much milk they could get from it. Whether an homage, parody or simply a knock off, Battletoads was one creation trying to cash in on the trend, and while never branching out and taking over all media by storm, these androgen afflicted amphibians became a fairly popular game franchise. Zitz, Pimple and Rash, all named after skin conditions solely meant to perpetuate the myth that touching a toad causes warts, were led by their avian leader Professor T. Bird as they travel through space against their nemesis the Dark Queen.

Battletoads on the NES is known for its extreme difficulty, basically making it the Dark Souls of difficult game comparisons long before Dark Souls entered the gaming lexicon. Released in the later part of the same year as its NES counterpart, Battletoads for Game Boy has the same title and box art, but is a completely different game, though similar enough where if you like one you’ll like the other. While still challenging, the difficulty on the Game Boy Battletoads was rebalanced and scaled back enough where completing the game is much more within the realm of possibility. As in actually possible. I maintain the only two types of people who have beat the NES Battletoads are those that either used Game Genie or met the devil at the crossroads.

In this Battletoads adventure, the psoriasis squad is enjoying a vacation in the Lost Vega system because what happens in the Lost Vega system stays in the Lost Vega system. While they may be older than their half shelled hero contemporaries, they suffer from just as strong of a hormone induced impaired judgment when they are enthralled by the charms of an exotic dancer, who turns out to be the Dark Queen (Editor’s Note: Nintendo greenlit this?). One can’t really blame the horny toads, since the Dark Queen is smoking hot by 8-bit women standards, but had these amphibians had a proper sensei and been given a strong code of honor and discipline they may have been able to resist her feminine wiles. As a side note, since she doesn’t really succeed at being an intergalactic super villain, there’s no shame in considering dancing a fallback career. She already has a cool dancer name. As a result of interspecies lust, Rash and Pimple end up getting captured as Zitz makes a heroic retreat back to Professor T. Bird, who provides guidance in his quest to rescue the other toads while the Dark Queen and her minions use the same communication channel to taunt Zitz and the player. 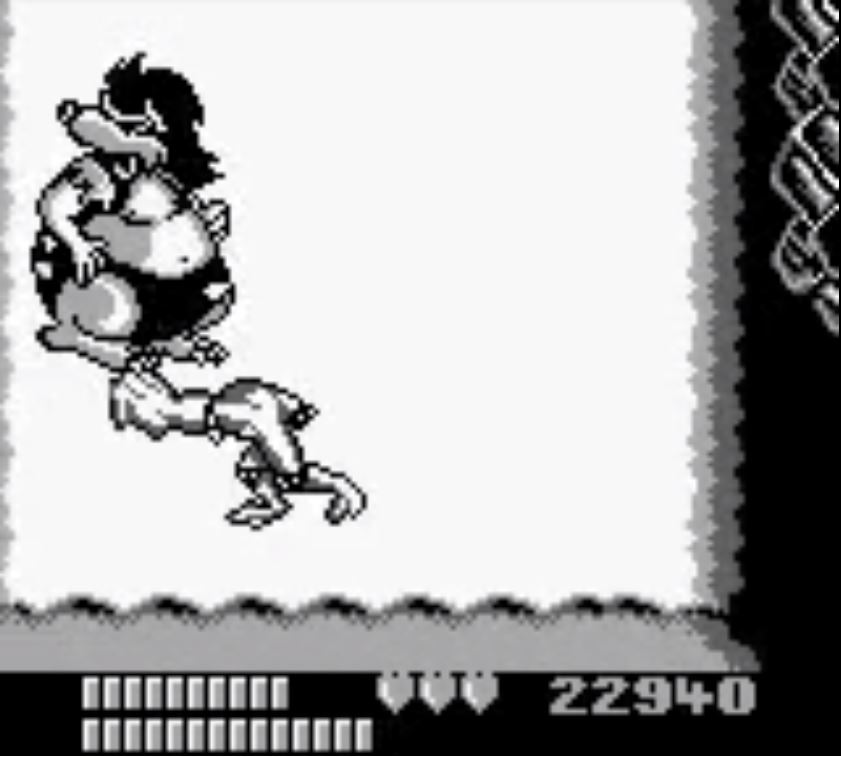 The game begins looking a lot like its big brother on the NES in the standard street brawler plain where Zitz can punch the porcine and rodent minions of the Dark Queen to death, typically finishing them off with an oversized cartoon fist or a size 47 EEE boot. The similarities with the NES counterpart don’t stop there, since the levels are a variety of beat ’em stages, vehicles and just cruel tests of reflexes like outrunning a giant rock in a maze or the really ax-cruciating with the spinning pillars. Familiar characters show up as boss battles and there is a level featuring the turbo cables, with one of the more morbid subweapons for its time. A raven attacks the descending toad, so the toad punches the raven and sends it falling to its death, but catches its beak to use as a sword. So messed up if you think about it.

Battletoads was an impressive title on the NES with its creative level design and variety, and while they had to scale back quite a bit to bring that type of experience to the monochromatic screen, they still created an original title that kept the spirit and overall feeling of the original. There are less levels and the game can probably be completed in about half the time of the NES version, assuming someone is able to play through both without dying a zillion times, but even with this being a shorter game they still crammed quite a bit of level variety and entertainment into the Game Boy cartridge. The graphics and sound quality are similar to the NES game, despite not having any color. The challenge is still present, in the second level for example dodging the spike walls requires speed and precision but that still isn’t as bad as the speed tunnel levels of the NES game. The challenge may have been scaled down due to suggestions from Rare’s legal department to prevent Game Boy systems from becoming involuntary homicide weapons when a frustrated player throws one at a wall but misses and hits an innocent bystander’s head. 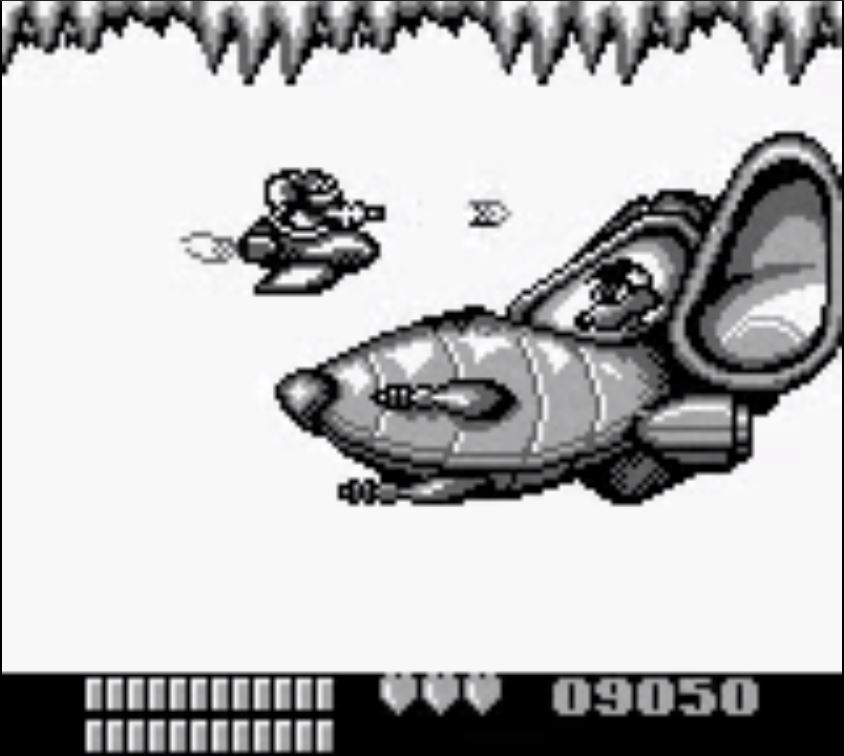 With modern handheld gaming allowed by platforms like the Vita, 3DS and now the Switch, going back to the glory days of two buttons and two colors can be difficult. This is understandable, as even back when the Game Boy was current, people accepted the monochrome graphics as a concession for the novelty of portability. That aside, Battletoads is a strong title that holds up quite well in spite of the tech limitations from when it was created. Instead of simply editing the NES game for a quick buck to the handheld, they created an original game that in the contemporary market would feel like a high end standalone DLC side story. Out of the thousand or so titles that exist for the original Game Boy, this is one that is worth dusting off the old Game Boy for if you happen to have one laying around.