Gal*Gun 2, sequel to the FPS about exorcising demons from lovestruck girls, is getting a special edition. This version of the game, dubbed the “Free Hugs” edition, should have just about everything a Gal*Gun fan could want. The special edition includes a copy of the game for either PS4 or Nintendo Switch, a collector’s box, the official art book, the official soundtrack CD, a Mr. Happiness plushie, a pin badge set and a double-sided gaming accessories pouch. 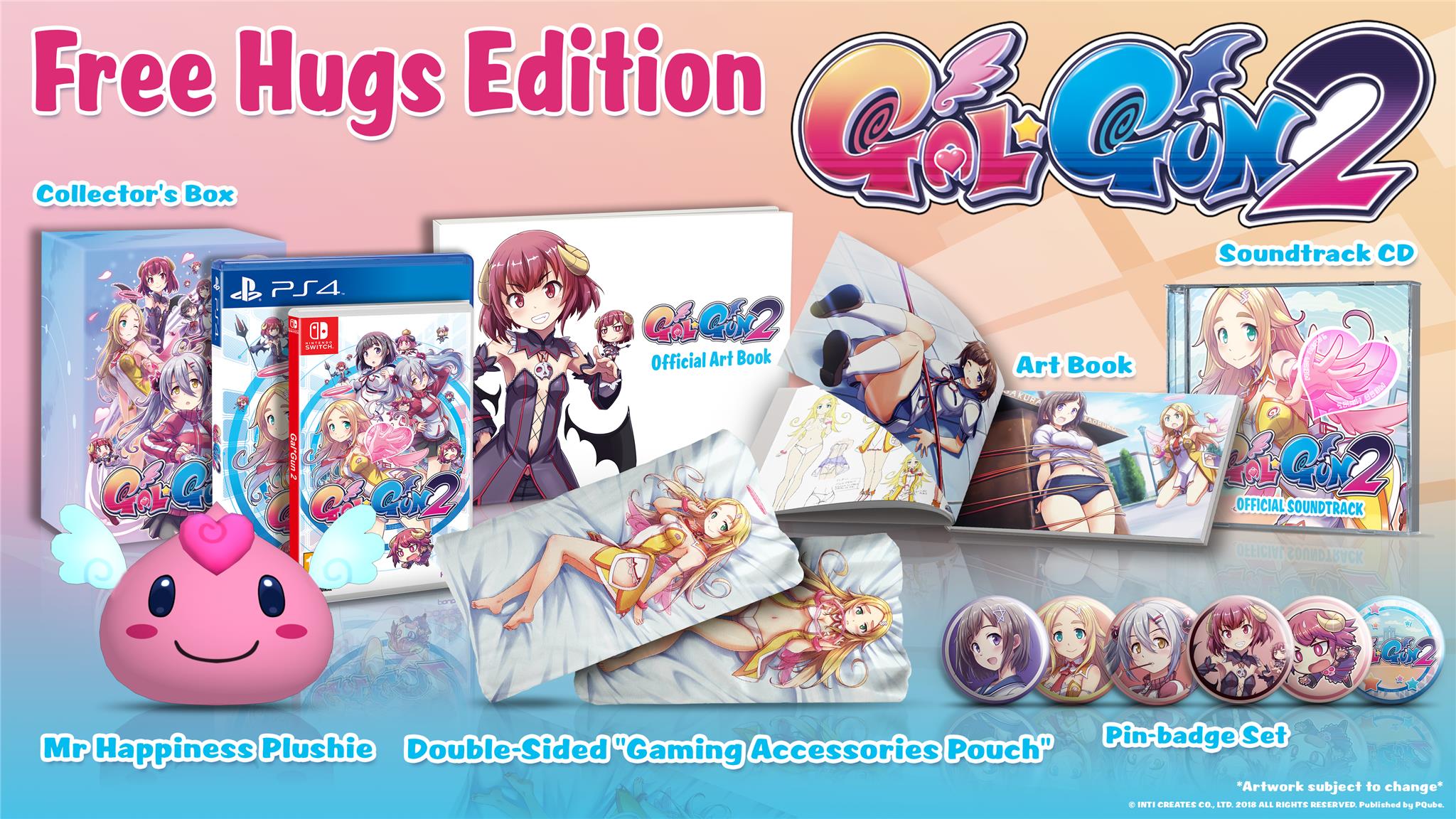 The Gal*Gun 2 “Free Hugs” Edition will launch alongside the standard editions for Switch and PS4 later this spring. However, it won’t be available anywhere. Fans who want this version of the game will need to order it from the official Rice Digital store. US and EU versions for both systems are being offered and all versions are selling for £79.99 (that’s about $110).