Hardcore Gamer was recently invited to a Koei Tecmo preview event in San Francisco, California in order to spend some time with a few of their upcoming games, Attack on Titan 2 being one of them. After having the opportunity to familiarize ourselves with the game, we were given the chance to speak to its producer, Hisashi Koinuma. We asked Koinuma-san about what to expect from this newest Attack on Titan game, the ways in which they set out to improve upon its predecessor and about the challenges of adding to the world of a popular series like Attack on Titan. Attack on Titan 2 will release in March for PS4, Xbox One, Nintendo Switch and PC.

To start things off, we talked about why he took on the task of translating Attack on Titan into a video game in the first place. Koinuma-san mentioned that there were several factors that motivated the game’s creation, the immense popularity of the manga at the time and his own interest in the comics being chief among them. “I was a reader of the comics too,” he said. “[At the time] I thought ‘this would be very interesting as a game.’ So I contacted the publisher, Kodansha, and requested the license to make a game.” He then went on to say that he’d felt that incorporating the omni-directional gear into the game was going to be key. 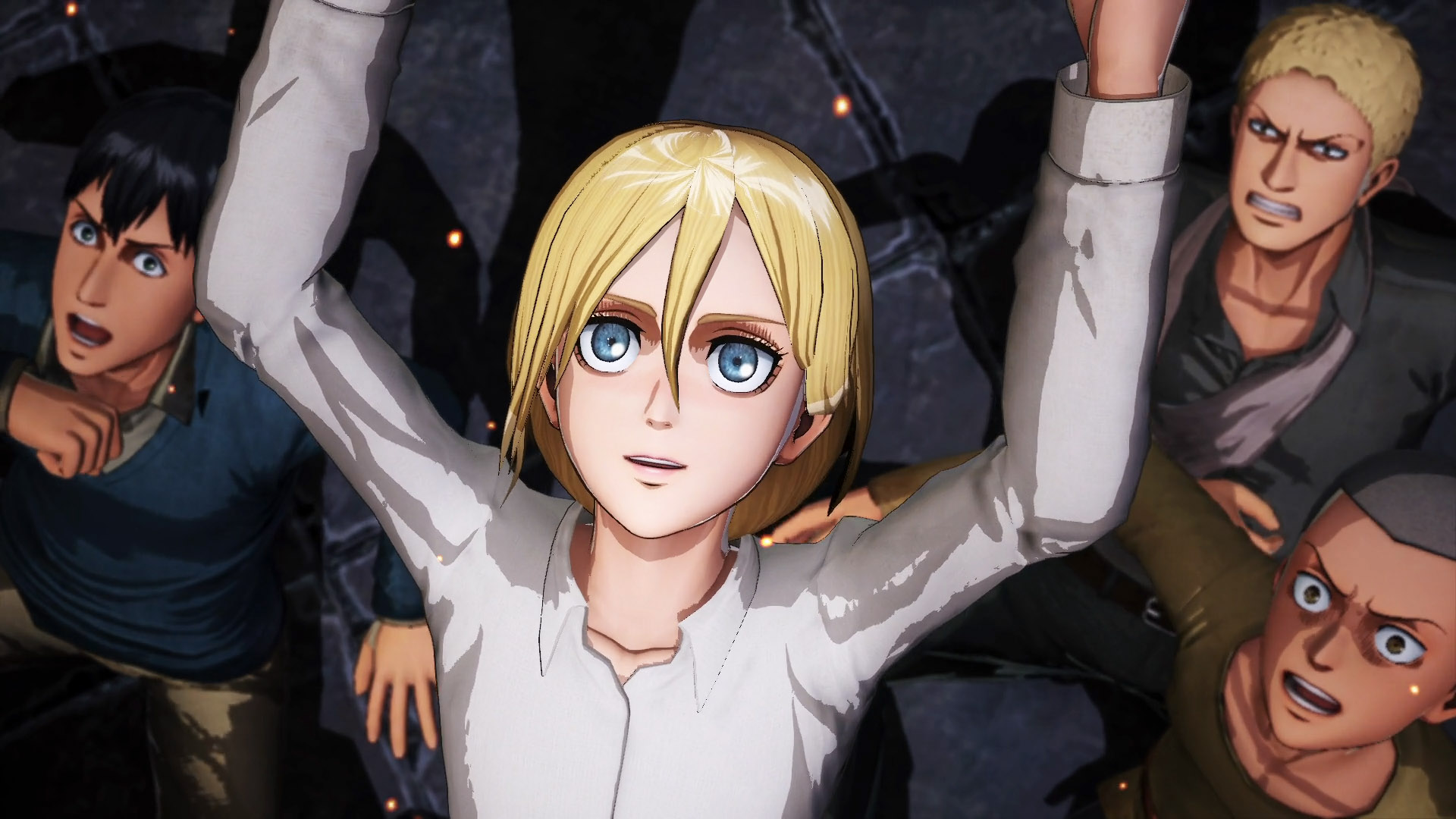 We then moved onto talking about Attack on Titan 2 in earnest, starting with what specifically he and his team set out to do in this game in order to improve upon the sequel. There were several smaller things that they wanted to do, but their main focus was in further improving the omni-directional movement introduced in the first game and especially in how players interacted with the Titans. “[In the first game] the terror of the Titans wasn’t adequately expressed. They weren’t scary enough so we wanted to address that in the sequel,” he said. Their focus on this did indeed show through too. The Titans came across as threatening during our hands-on session with the game.

After talking about the team’s own desires for the sequel, we touched on fan requests and how they factored into development. “There were many comments from players asking for more playable characters, so we increased that number from ten in the original game to more than thirty [in the sequel].” Beyond that, most of the feedback they received either requested unique in-game communications or complained about the game being too easy. So addressing those criticisms became development goals as well. 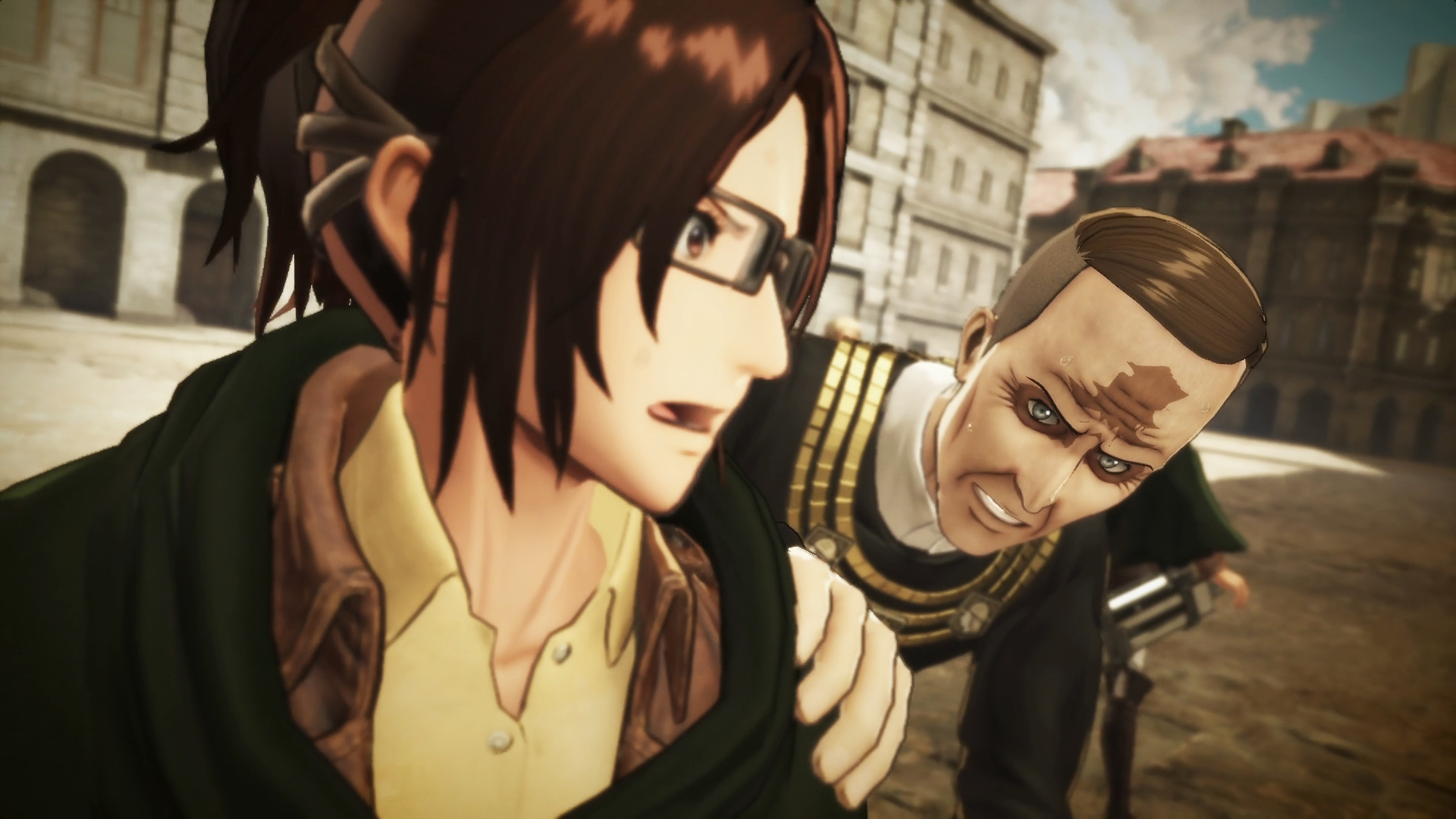 Attack on Titan 2 also introduces a new feature known as “Town Life,” which give players the opportunity to interact with their favorite characters and experience new scenarios, side stories and conversations. We asked Koinuma-san about the challenges that came with creating new content for the already well established world of Attack on Titan. According to Koinuma-san, it mostly came down to making sure everything was reviewed and approved by both Kodansha and the series’ original creator, Hajime Isayama. He said fans of the series can rest assured that everything in the game was indeed approved and consistent with the established world. This basically means that fans can indeed feel like they’re really getting to know the true versions characters better through their in-game interactions.

For our final question, we asked Koinuma-san what his favorite character is since he’s a fan of the series just like many of the people who will be playing this game. “Zoe Hange” he said, citing her overly-passionate personality as the main reason.

For further insight into what playing Attack on Titan 2 is like, check out our hands-on preview.