The next patch from Dragon Blaze is now available and it comes with a number of additions and improvements. For starters, there are two new Transcended allies available, but there’s also a Unified Ranking System for World Bosses, Arena, Tag Match and Revenge of Belphegor, and a Novice Guild System which will give Beginner Guilds various buffs and benefits.

The new allies will be the most attractive feature for some, as we get the Transcended version Hyperion. When Hyperion was first released, he was pretty good for PVP, but was far from the must-have character to have in your party. This Transcended version looks to change that as he’s going to do wonders in PVE modes such as World Bosses, provided your team is equipped for him, as he buffs them while doing immense damage in the process to bosses. 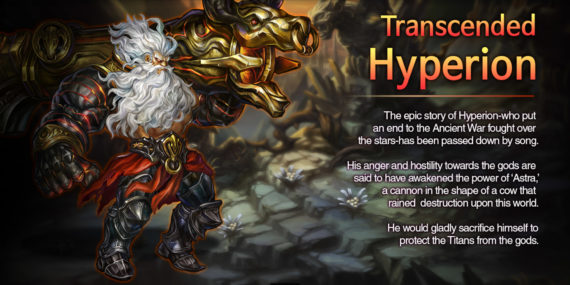 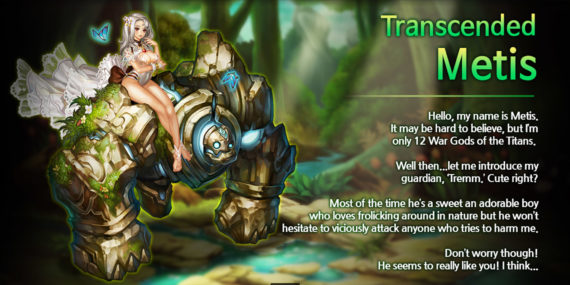 If you’re not speced into the physical attack builds, then maybe Metis might be more for you. While all of the Transcended allies thus far have been characters we’re all well acquainted with, Metis is the first ally in a long time that’s original, and even comes with a standard Hero. Unfortunately, you’ll still need the Prometheus key to create her, which might not be ideal for some. Like Transcended Prometheus, though, she is incredible powerful in World Bosses, buffing allies with stacks.

This is a very World Boss heavy release with both new allies aiding your party in physical or magical means. Dragon Blaze is available right now for iOS and Android devices.