Dissidia Final Fantasy NT pits Final Fantasy characters from the franchise’s thirty year history against one another. With twenty-eight characters at launch, NT should be a dream come true for Final Fantasy fans. That is until you realize that twenty-four of the characters are lifted wholesale from the previous games. With only four new characters, NT’s roster leaves out a lot of potential fighters. Considering there are so many characters in the Final Fantasy universe, the final roster is a bit disappointing.

We’ve scoured the mainline Final Fantasy titles in search of ten warriors (five heroes and five villains) that would make perfect additions to the Dissidia roster. A simple rule, no returning characters. The six characters who were unceremoniously cut from NT won’t be appearing on this list. Other than that, warriors from all games were eligible. Without further ado, let’s see who deserves a spot in Dissidia Final Fantasy. SPOILER ALERT for most Final Fantasy games, including the latest title, Final Fantasy XV. 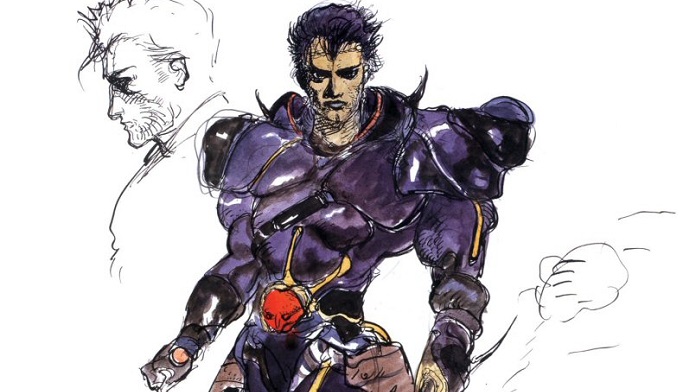 Brother to Maria and friend to Firion, Leon disappeared after an ambush only to resurface as the Emperor’s Dark Knight. Ambitious and cruel, Leon gave into Darkness’ temptation in pursuit of power. He would eventually rejoin his friend and sister in their fight against the Emperor, but what he had done continued to haunt him. Following the Emperor’s defeat, Leon parted ways to atone for his crimes.

Leon is a big brute and should come equipped with his Final Fantasy II starting weapons: a flame sword and poison axe. While he should be slower than Firion, he should make up for it in strength, just like how he joins the party in II far stronger than his allies. 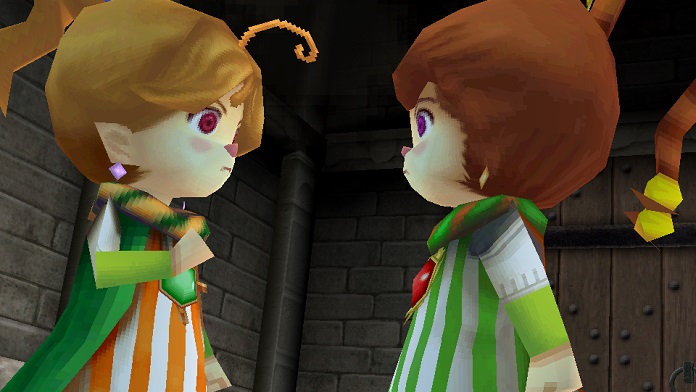 Twin mages who had been studying magic since early childhood, Palom and Porom found themselves aiding Cecil after he wanders into Mysidia. They end up joining the party and traveling to Baron Castle where they end up sacrificing themselves to save everyone. They would, however, later be saved by the Elder and would go on to appear in Final Fantasy IV: The After Years.

Palom, a black mage, and Porom, a white mage, would add a unique dynamic to Dissidia Final Fantasy NT. Players could swap between the twins, giving them access to two different playstyles on the whim. Palom would focus on dealing Bravery damage, and Porom would focus on healing Bravery and maybe a little HP. They then could team up to deliver devastating HP attacks. It would be an interesting way to incorporate two characters who bravely sacrificed themselves for their friends. 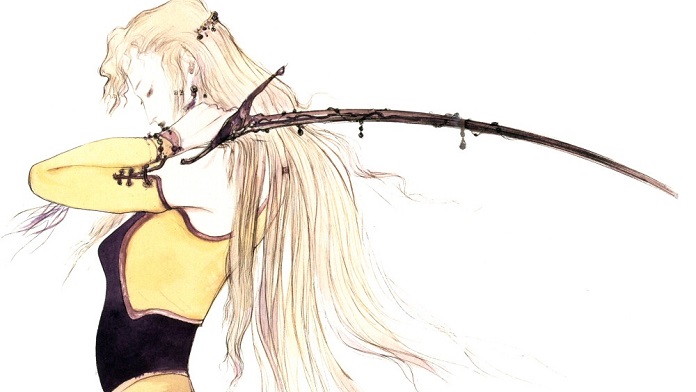 A genetically-enhanced Magitek Knight serving in the Empire’s army, Celes grew disillusioned with their brutal tactics and ultimately swapped sides. Facing hardships and emotional trauma during the fight against Kefka, Celes manages to overcome her obstacles and ultimately helps the team defeat the crazed clown.

Celes is a Rune Knight with physical and magical abilities and was originally conceived as a foil for Terra. While Terra focuses primarily on magic attacks with physical being secondary, it would be vice-versa for Celes. Square Enix could utilize her Runic ability as her EX-move, which negates magical attacks against her while providing a Bravery boost. Often overlooked in favor of Terra, it would be great for this fantastic character to get some spotlight. 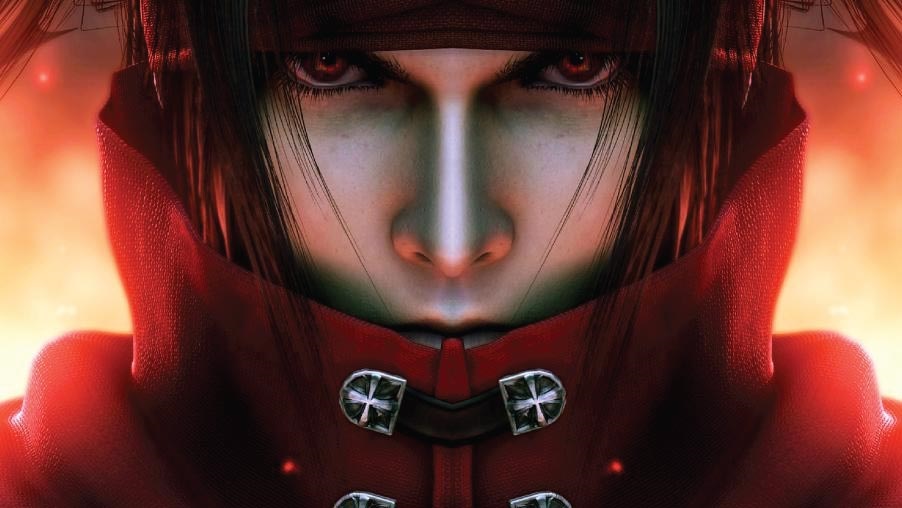 Vincent was originally a Turk in the employ of Shinra Electric Power Company where he supervised the Jenova Project. A conflict would ensue between him and Professor Hojo over the use of humans in experiments, which would end with Hojo shooting him and ironically use him in experiments. Placed in a state of dormancy for over twenty years, Cloud and company awake him and promise revenge against Hojo. Vincent joins the party and helps them take down Hojo, and later, Sephiroth.

Vincent is an up close and personal fighter utilizing fast-firing pistols in his right-hand and a gauntlet in his left. His attacks would be a mixture of gunshots and melee swipes, giving a unique style compared to the current roster. Due to the experiments performed on him by Hojo, Vincent gained the ability to shapeshift into horrifying creatures, which would make a cool EX move. 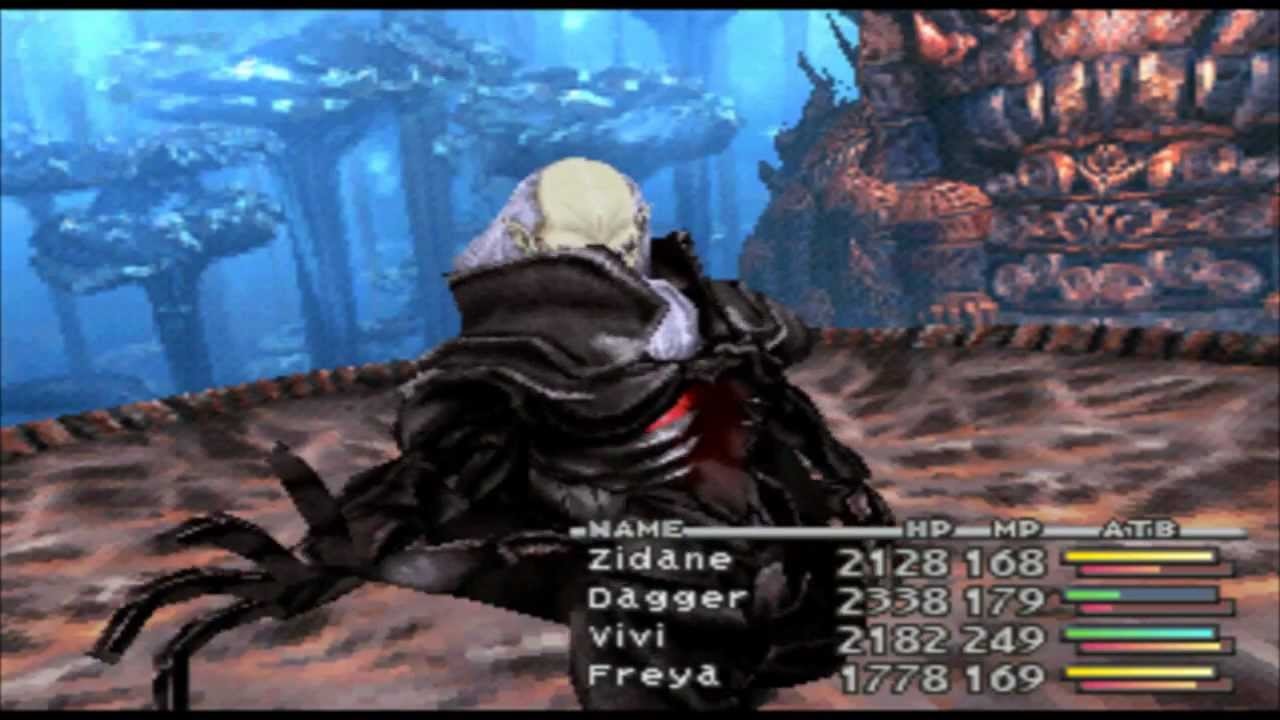 Garland was tasked by the Terrans to merge the dying Crystal of Terra with that of Gaia’s Crystal. Unfortunately, things went awry and the two worlds failed to merge successfully. Garland would need thousands of years for both worlds to heal before trying again. To help speed up the process, Garland would sow animosity between Gaia’s nations and would create Kuja and Zidane to do his bidding. Garland was eventually betrayed by Kuja, which led to his death.

Not to be confused with Garland from Final Fantasy, this Garland appears as an old mage covered in black robes. In many ways, this Garland resembles Darth Vader. Utilizing unnatural magic like Flare, Garland could be a frightening, but slow presence on the battlefield. 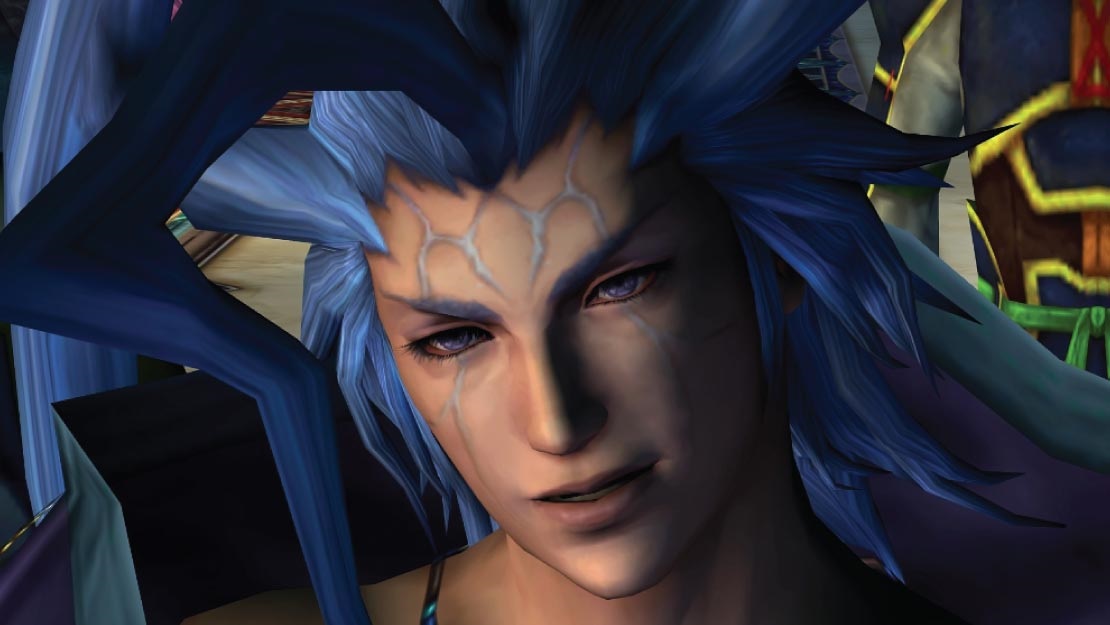 Born half-human, half-Guardo, Seymour grew up a victim. Bullied from adolescence in a world ravaged by Sin, Seymour’s mind was twisted until he believed that only death could end all suffering in Spira. He hatched a scheme that began with assassinating his father and would end with him becoming Sin. His plans would be foiled by the summoner Yuna who would send him to the Farplane and ultimately defeat Sin for good.

Seymour was almost in the original Dissidia but was ultimately replaced with Jecht as he didn’t have a strong connection to Tidus. A powerful mage and summoner, Seymour is excellent at overwhelming his foes with unnatural spells. He also showcased the ability to absorb the pyreflies around him to take on more powerful forms, which opens up unique playstyles. As the original owner of Anima, it would be nice to see her integrated into his moveset. 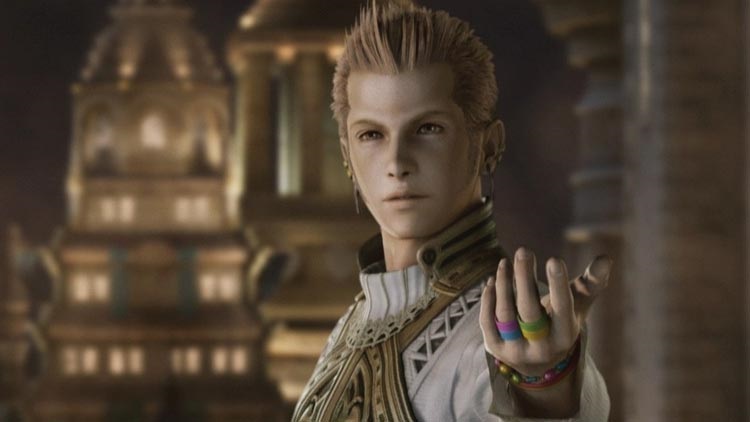 The wandering sky pirate of Ivalice is quite the charmer. Capable of nicking treasures from secured vaults, Balthier may have set his sights too high when he decided to plunder the vault in the Royal Palace of Rabanastre. There he would meet Vaan and get sucked into the political dealings of Ivalice. A valuable companion with high morals, Balthier knew how to play the leading man.

Much like Vaan, Balthier would likely fall under the Specialist class of fighters due to his ability to equip a wide assortment of weapons. For Dissidia purposes, however, Balthier’s primary weapon should be his iconic rifle. His fighting style should focus on range with limited close-range attacks. His HP attacks should be made up of his multiple Quickenings, like Vaan. 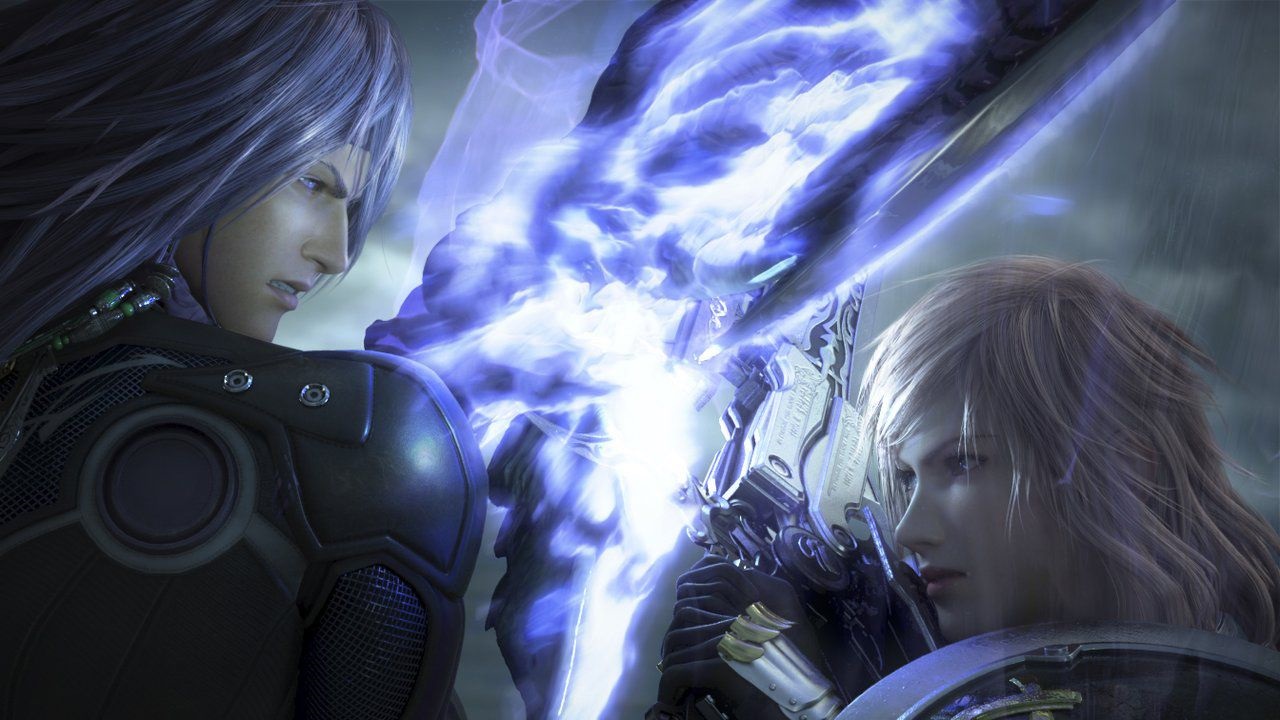 The guardian of the seeress, Yuel, Caius spent thousands of years guarding her. After witnessing her death hundreds of times, however, Caius snapped and vowed to destroy the goddess of death, Etro, in order to free Yeul from her fate. This put him in conflict with Lightning and her sister, Serah. He was ultimately successful in his plan but later redeemed himself during the events of Lightning Returns: Final Fantasy XIII.

Final Fantasy XIII needs villain representation, but the villains of XIII were remarkably lame. Thankfully, XIII-2 rectified this with Caius. As a warrior, Caius wields Chaos to deliver powerful melee and magical attacks. His giant sword may make him appear too similar to Jecht, but he can differentiate himself thanks to his magic. During the events of XIII-2, he also had the ability to turn into Chaos Bahamut, which would make for a neat EX move. 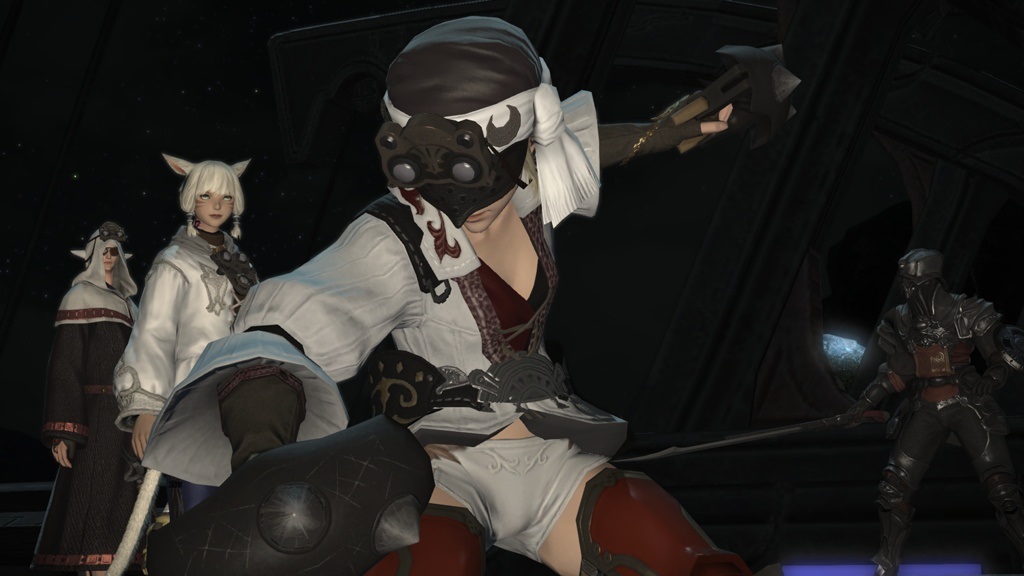 A Hyur Pugilist, Yda is a member of the Circle of Knowing and tasked with gathering intel against the Empire. She frequently travels with her friend and ally, Papalympo, and pops up time again to aid the Adventurer. Loyal to the end, she helps the Adventurer defeat Ultima Weapon and Gaius Van Baelsar.

It’s hard to believe, but Dissidia Final Fantasy NT doesn’t have a single monk-style character, as Tifa didn’t make the cut. That’s where Yda comes in, brandishing her fists and ready to pummel any foe. She’d add a playstyle sorely missing from the current game, especially since it doesn’t look Tifa is coming back. 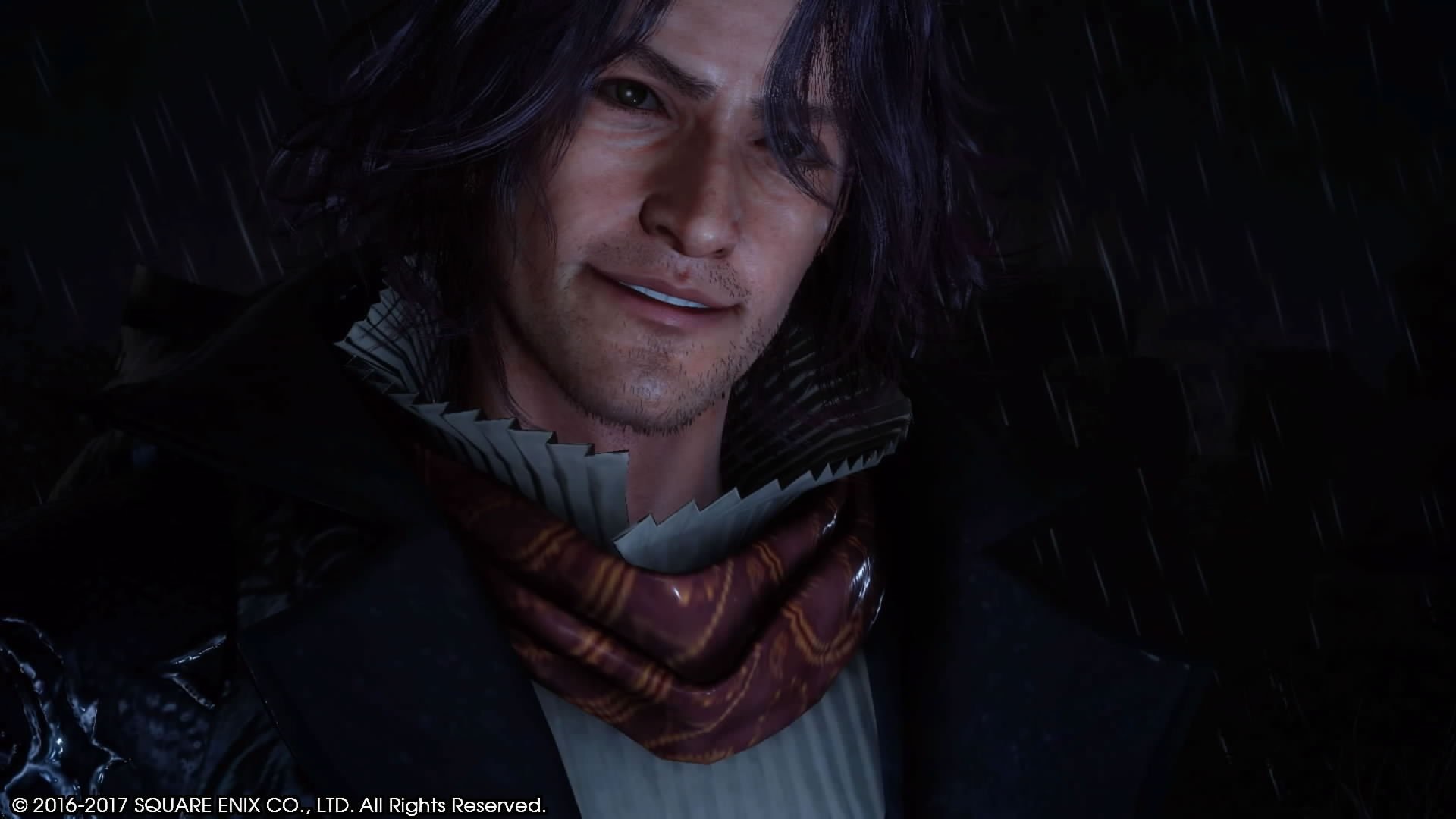 Ardyn Izunia is the mysterious Chancellor of Niflheim and was responsible for the expansion of the Empire’s Magitek army. A shrewd politician with a sense of humor, Ardyn led Noctis and his party on a wild chase during the events of XV. Seeking revenge for his betrayal 2000 years prior, Ardyn’s goal was to strengthen up Noctis so that he could strike him down on even footing. Despite plunging the world into darkness, Ardyn ultimately fell to Noctis.

It’s honestly surprising that Ardyn was not part of Dissidia Final Fantasy NT’s roster. Considering the emphasis placed on Noctis during his reveal, and the continued importance of Final Fantasy XV to Square Enix, it’s shocking we didn’t get at least one additional XV character. Ardyn would be the perfect balance to Noctis, giving the villains their own warping warrior. Due to his age and wisdom, Ardyn should be stronger than Noctis, but not as fast.

Dissidia Final Fantasy NT is available now on PS4. Be sure to check back soon for our full review of the game.