The Shadow of the Colossus remake is finally here, but there’s so much to do outside of slaying giant creatures. Fumito Ueda and his team at Team Ico have created an absolutely gorgeous world to explore, and Bluepoint Games only added to it with their own little Easter Eggs and optional collectibles. We have put together a couple of maps to get a better grasp of the world you’re going into.

We are still picking up the coins, so this guide is still a work-in-progress.

The shrines in Shadow of the Colossus serve two functions: saves and healing. Just press R2 next to the giant glowing tablet to active it. They’re great for checkpoints when you’re adventuring, as late game exploration can lead you into areas where you can’t get out. There are 25 in total and you can obtain a trophy for praying at all of them. 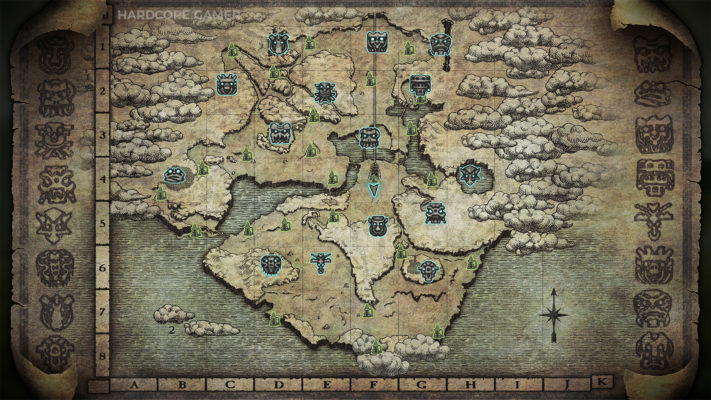 The world of Shadow of the Colossus may seem desolate, with the exception of the giant colossi walking around, but there are animals roaming around. Birds take flight, but the lizards scurry around, and if you see one with a glowing tail, you’re going to want to pluck it with an arrow. It allows you to slowly build up your stamina meter, giving you more time to hang on the 16 colossus. 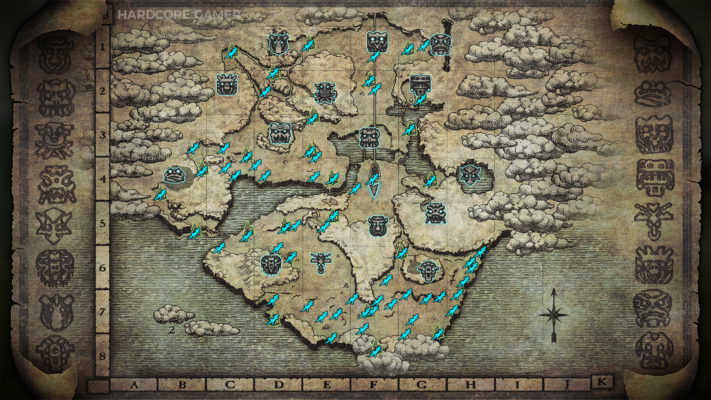 Your stamina isn’t the only bar that can increase as there are fruit trees scattered throughout the world that will better increase your health. Granted, the game isn’t particular difficult to begin with, with only a couple of colossi dealing meaningful damage, but if you want to increase your health bar, you’ll need to find the many trees found in the world. You can normally spot them as they’re thick trees with a back you generally climb. 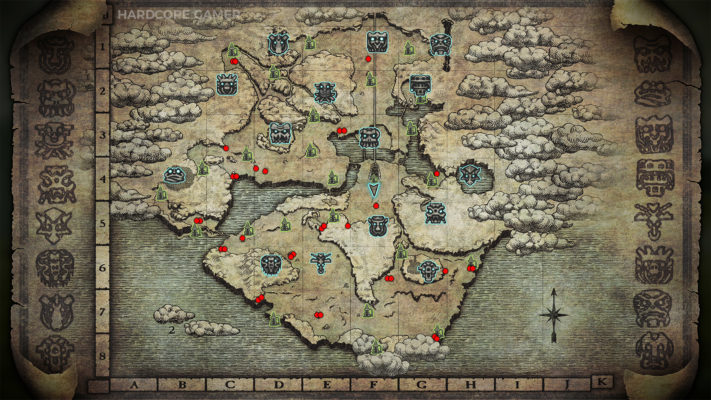 The mysterious coins added into the remake, there are 79 of these spread across the land which will be indicated by a ping from your controller. Your reward is a glorious, disturbing looking sword that takes a long time to get. Happy hunting! 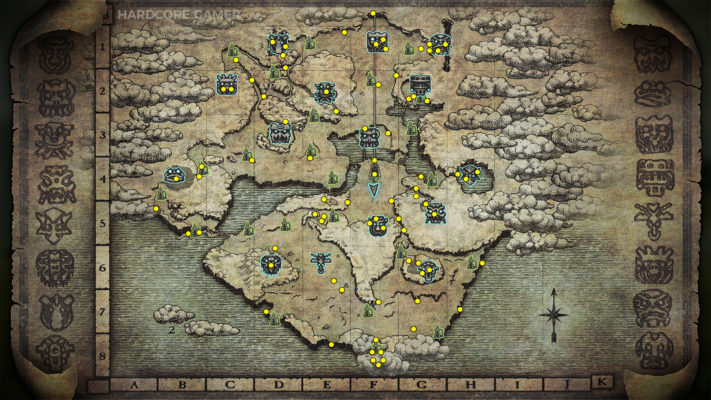