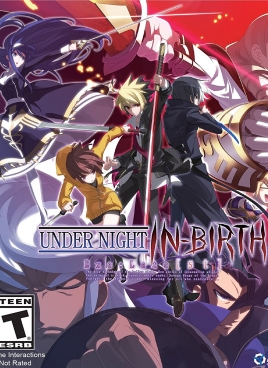 Under Night In-Birth Exe: Late was one of the PlayStation 3’s last great 2D fighters. That was an excellent era for sleeper hits of the genre, as the user base had fallen, but digital distribution was still an easy way to get high-quality games out to players. This particular version of the game was the definitive version of Under Night In-Birth released at the time and offered up a lot of fighting thrills. A surprisingly diverse cast joined the fray and brought with it some of the strangest character designs in quite some time. The series itself has been around since 2012, and now, the most recent version is available across North America a mere six months after the original release in Japan.

This version of the game offers up four new characters, additions to the core gameplay in the form of the cross cast veil off system, and a full story mode. This is a welcome change since the original console release’s story was only revealed in small text boxes before battles. It made the story tougher to figure out and didn’t do any favors for a first-time release in North America since there wasn’t much you could really tell from the game itself. Having to rely on external sources to gather information about a plot is never ideal, but was a sad reality for that release. Now, you have a far better explanation of the story and it makes the experience more fun as a result.

Having a deeper understanding of the roster provides context to the goings-on, and with a bizarre cast of characters, that really helps out. The chronicles mode is essentially a large visual novel. Due to that, it isn’t going to be for everyone as that genre really does require the player to be in the mindset to kick back and read. After spending a few hours in arcade mode and then enjoying some survival mode to test the skills learned in arcade mode, however, it’s a welcome change of pace. Going through and having the characters interact with one another in real-world settings is jarring at first, but does allow you to play the game later and view them as more fully fleshed-out characters with actual motivations behind them. 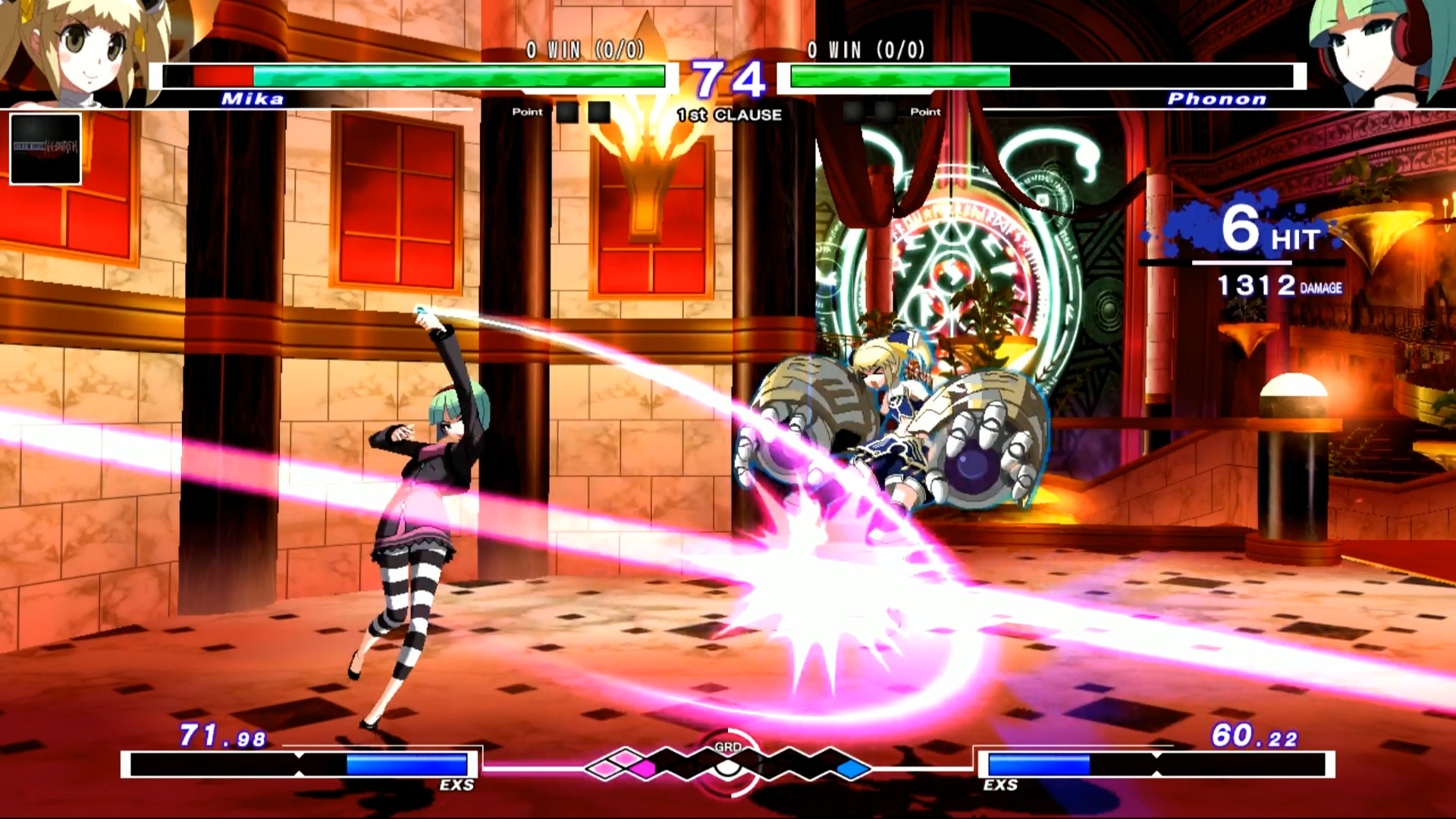 One of the biggest issues that fighting games have had since they began was characters seem a bit too one-note. That isn’t to say that everyone here winds up with a level of depth on par with a high-end drama, but you do figure out more about the characters. Mika for example is a tiny schoolgirl character and while elements of her being immature are in the core game, you don’t really see much depth to that. The chronicle mode shows most of her backgrounds in the style of a child drawing on a placement at a restaurant – full of crayon markings and coloring outside the lines. It plays into the pre-conceived notions players have about her character, but also flies in the face of someone who does battle with gigantic metal gauntlets affixed to her hands. You have 22 total character stories to play through and they all shed more light on the characters in way that few fighting games attempt.

Under Night offers up fast-paced four button fighting action with a fairly logical control scheme. X builds up your EXS gauge to do super moves, square executes your light attacks, triangle lands medium attacks and circle deals out strong style damage. It’s the same basic layout from the PS3 version, but the PS4 controller’s larger hand grips make things feel more comfortable. Moving around with either the d-pad or left analog stick works nicely. We found that using the d-pad worked better for movement while the analog stick was better for special attack motions. Anyone with analog stick extenders — like the SNPRs from Kontrolfreek — can look forward to having a more arcade-style approach since you can put your fingers in pretty much the same positions on that and get a similar grip and accuracy level.

Each character has their own little nuances and newcomers to the series will want to stick with Hyde to start with. He’s basically your everyman character – only instead of fireballs and dragon punches, he does similar attacks using swords and his main melee attacks involve that. Waldstein is the giant bruiser character and easily the most memorable one from afar. He’s a bulking mass of skin and thick white hair along with enormous claws that cover his upper body. He looks like something Rob Liefeld would have thrown into Image Comics in the mid ’90s — only instead of pounches and muscles, he’s a mass of claws and muscles. 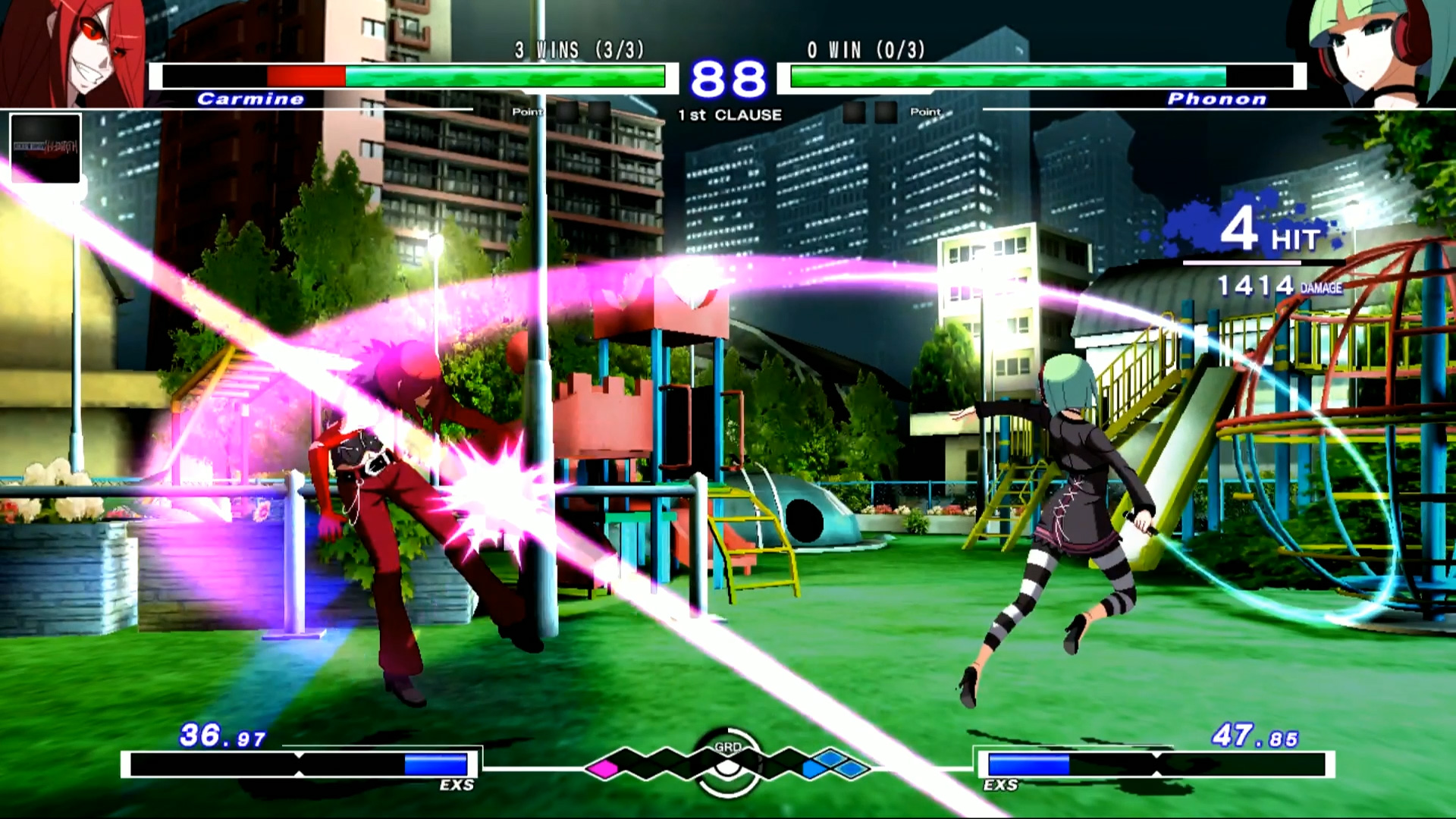 The character designs are all distinct and their animation is quite robust. While the Under Night series isn’t all that well-known, it doesn’t mean that the folks at French-Bread have skimped on visual charm. There is a lot of life to the characters simply due to their body language and that makes each character stand out when they’re moving — which does help prevent a sense of sameness with characters. One big peeve with a 2D fighter is everyone appearing different, but sharing walk cycles that result in characters moving in ways that they simply shouldn’t move.

In-Birth features an outstanding soundtrack with a mix of pop and rock that works well and gets the blood pumping too. Sound effects are powerful as well, with a hefty amount of force behind heavy attacks or just about attack by Waldstein. Similarly, smaller characters sound like a comparable fly on a windshield by comparison — but only when that should be the case, like with smaller attacks. Special moves usually sound more impactful, while your super attacks sound devastating at all times. The Japanese voice acting won’t be everyone’s cup of tea, but sounds fine and works thanks to English subtitles. 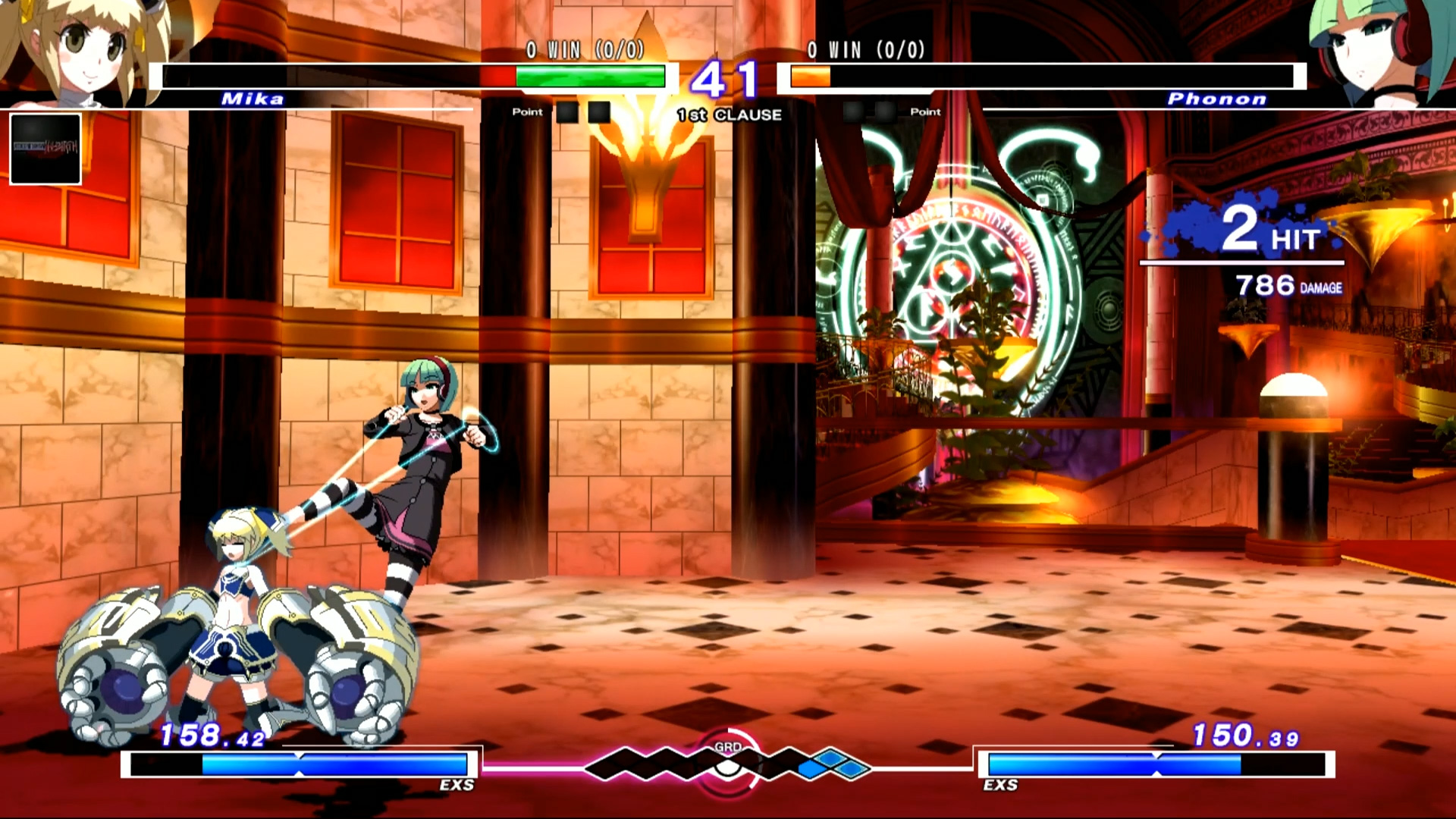 Under Night In-Birth Exe: Late[st] brings new additions to the table, but doesn’t offer massive improvements over the games that came before it. It’s very much a reminder of a bygone era where an incremental upgrade led to a “new” entry in a series, but this does at least include quality of life improvements thanks to the overhauled storyline presentation. Anyone who has a prior version of the game will know what they’re getting into here, while newcomers should have a blast if they enjoy a faster-paced Guilty Gear-style affair.