Fans of transportation and logistics tycoons such as Transport Tycoon or even OpenTTD have made do with few new games releasing in the genre lately. One of the more exciting up and comers is Rise of Industry (previously known as Project Automata). Developer Dapper Penguin Studios have completed a ton of development milestones so far, but still have more work to go before version 1.0 hits. In the meantime, fans have been getting their fill via alpha builds on itch.io.

This month marks the debut of Rise of Industry onto Steam and GOG as an Early Access title — and it has since been removed from sale on itch.io. It brings with it all the shiny new features of Alpha 5, while maintaining the core transportation-based gameplay that already hooked many. Unlike some Early Access releases which provide barely playable experiences, players get a totally cohesive package with this game. Just be prepared for a heck of a lot of micromanagement alongside a requirement to think somewhat strategically before making any move. 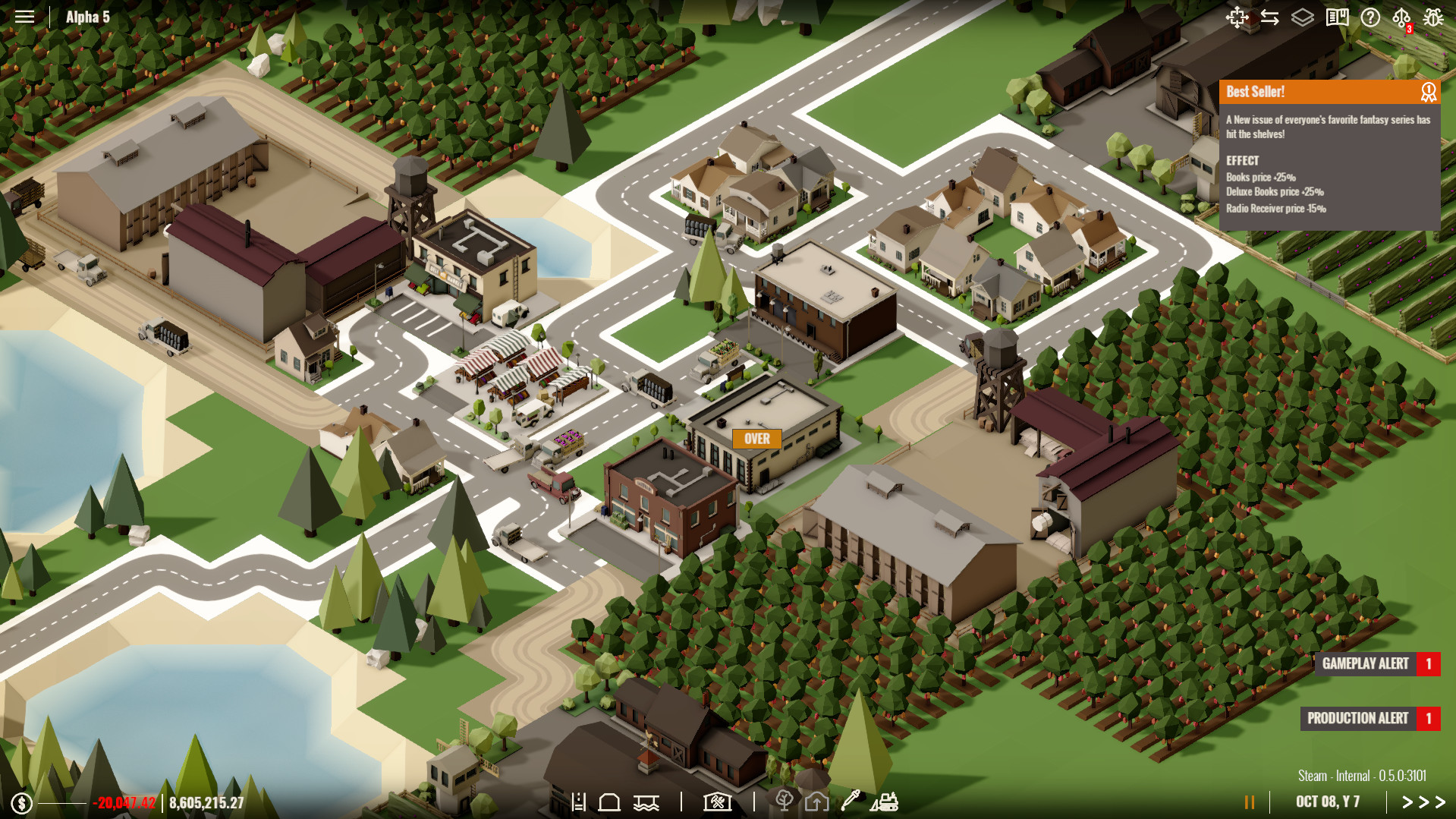 After a total info dump of a tutorial players are left to jump into the campaign or sandbox mode. While the latter mode doesn’t have a monetary constraint, enjoying either requires that players gain some understanding of the gameplay mechanics. This might take a bit of time to get down. First you must choose a main industry. At this point, your tech tree sets itself to that chosen industry. Sometimes, the earliest building unlocks for a given industry do not provide everything necessary to begin producing desired items. As such, it’s imperative to look over each tech tree to best strategize how to get going right out of the gate. Hint: The farming industry is a great way to get started thanks to its low barrier to entry.

Setting up your industry involves obvious stuff like placing buildings and laying down roadways to network your supplies and the town. However, that’s just the start. Using the farm as an example industry, you’ll need to determine what crop(s) specifically to grow as it relates to towns on the world map. Rounding up tons of apples when nobody is willing to spend a dime on them won’t work! Simply overwhelming a county with an undesired crop such as wheat also isn’t a surefire way to make big bucks. As you flood the market, demand (and selling price) decrease accordingly. Sometimes it’s better to offer less so demand remains high. This economics lesson is key to succeeding at Rise of Industry. 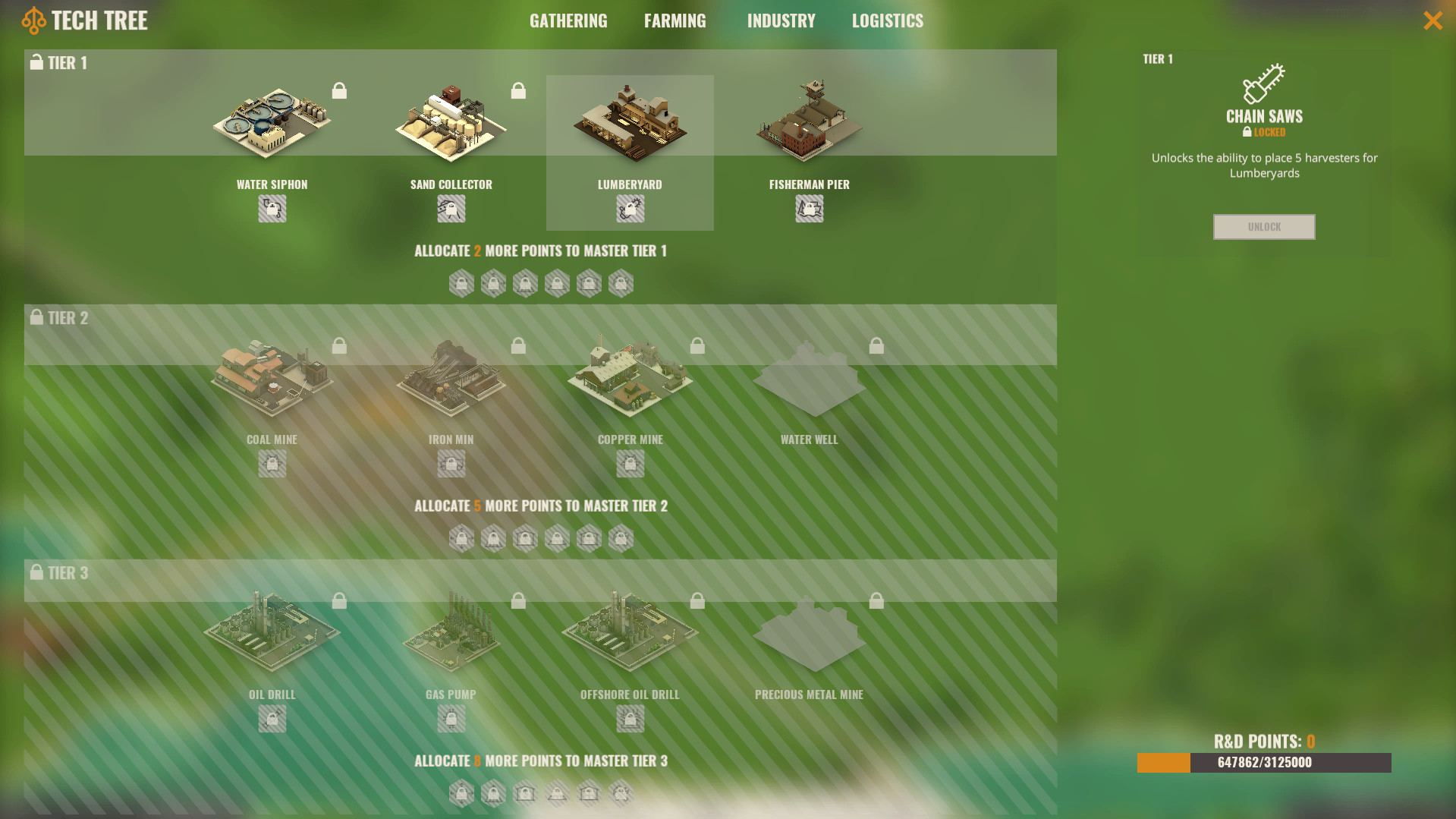 Then there’s the whole matter of logistics in Rise of Industry. Simply lining up roads between your items and towns does not cut it. Instead, players need to specify what depots their trucks loaded with goods should go to. They must also then choose how much product is shipped out to a specific town. Given that the world map tends to contain over five cities spread across wide areas, your goal is to eventually become the top producer throughout. Doing so requires a great deal of pre-planning and skilled execution. NPCs also build while you build, but they don’t tend to think strategically at all on easier difficulties. Fortunately, multiplayer is planned which will make for a much greater challenge for those who need it.

Aside from the UI which could still use some work to scale with different resolutions, the visuals are already a high point for the whole experience. The game has a sort of low poly look in the landscapes, but not completely. Looking at any of the buildings or vehicles up close actually reveals a surprising amount of detail on each object. Look even closer and you’ll find that each truck is different depending on the cargo it holds. Little touches like this make a big difference, even if most players won’t normally be inspecting the graphics that closely. Overall the visuals and soundtrack create a pleasant atmosphere against the backdrop of a complex game. 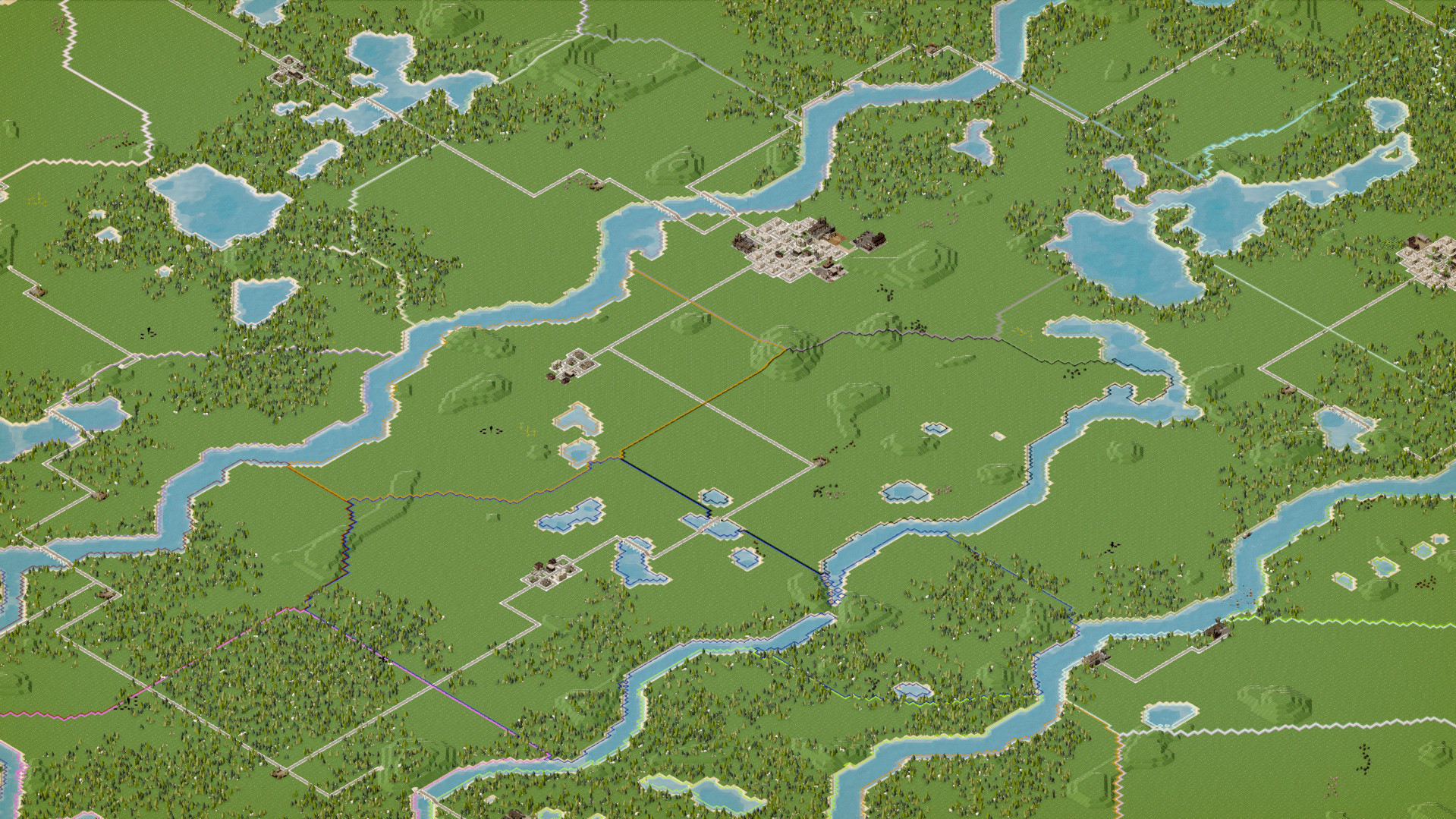 One great thing about Dapper Penguin Studios is their total openness to their community. Not only do they maintain an active Discord chat, but they also show off the game’s roadmap via a public Trello. Here anyone can view what their plans are for the future of Rise of Industry. Of course, they’ve also demonstrated a great willingness to listen to player feedback. Already since launch they’ve improved the tutorial to combat issues folks reported. This is exactly how an Early Access release should be handled. We’re looking forward to how Rise of Industry evolves on its journey from alpha to full release.