At D23 Expo 2018 in Japan, Square-Enix and DeNA announced that Kingdom Hearts Union χ [Cross] and Final Fantasy Record Keeper will be holding limited-time crossover events to both games over the next several weeks. Kingdom Hearts Union χ [Cross] will feature four separate events and offer new costumes for players to collect over the course of the crossover period. These events include: 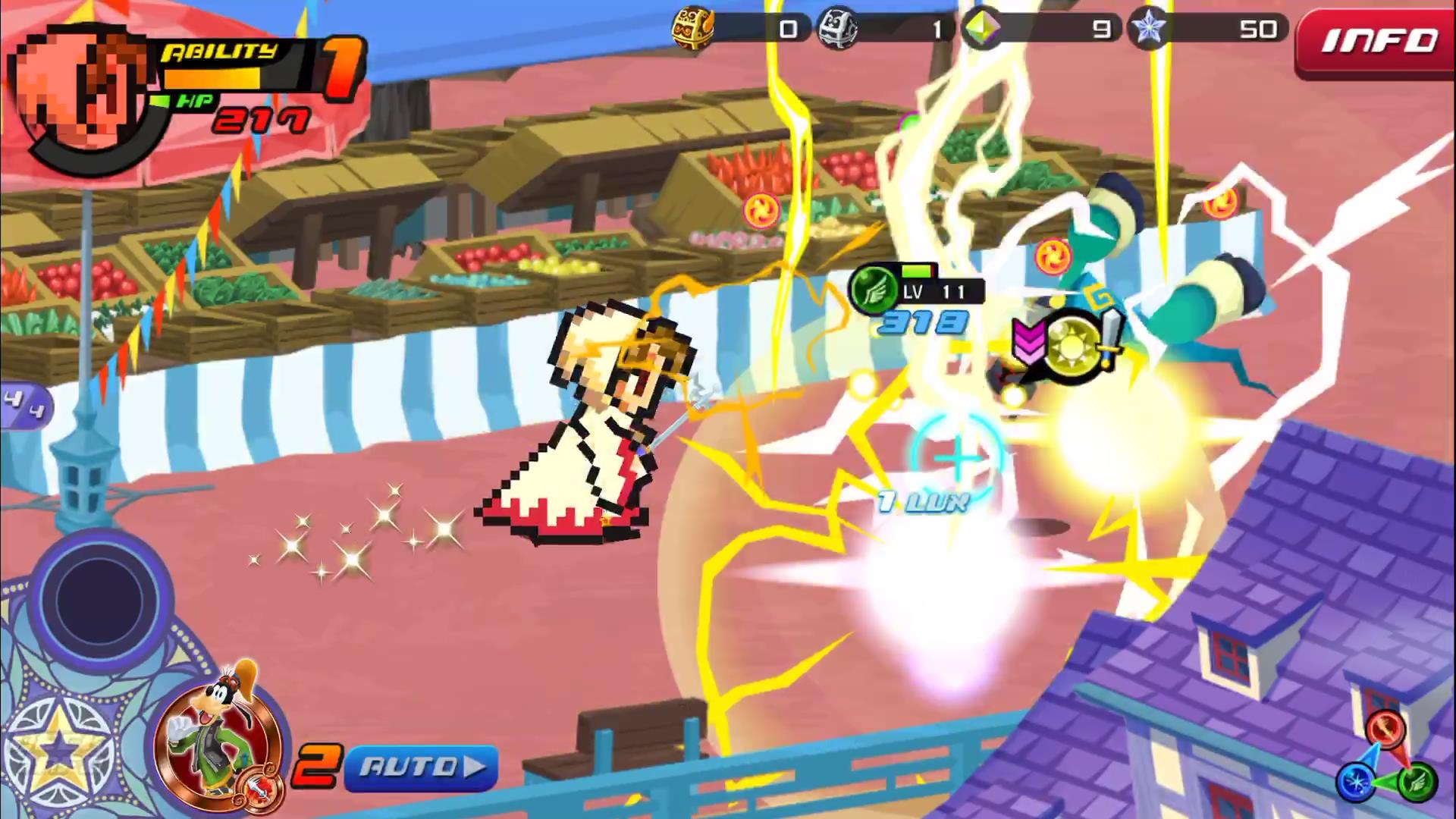 Final Fantasy Record Keeper will only be hosting one Kingdom Hearts-themed event called “Key to Another World.” Running from February 22 to March 8, this event will give players access to several new dungeons and the following rewards:

Fans of these games also have a chance to prepare for these events by playing a Gummi Ship minigame on a website made specifically for this event. In this simple bullet-hell shooter game, players drag their gummi ship across the screen shooting Heartless ships for points and pick-ups. There are global point milestones that will award all players of both mobile games with login rewards if reached. At the time of this writing, all milestones have indeed been achieved and players of these games can look forward to rewards ranging from simple consumables to “Moogle Medals” and “Mythril.” The trailer for these events can be seen below: