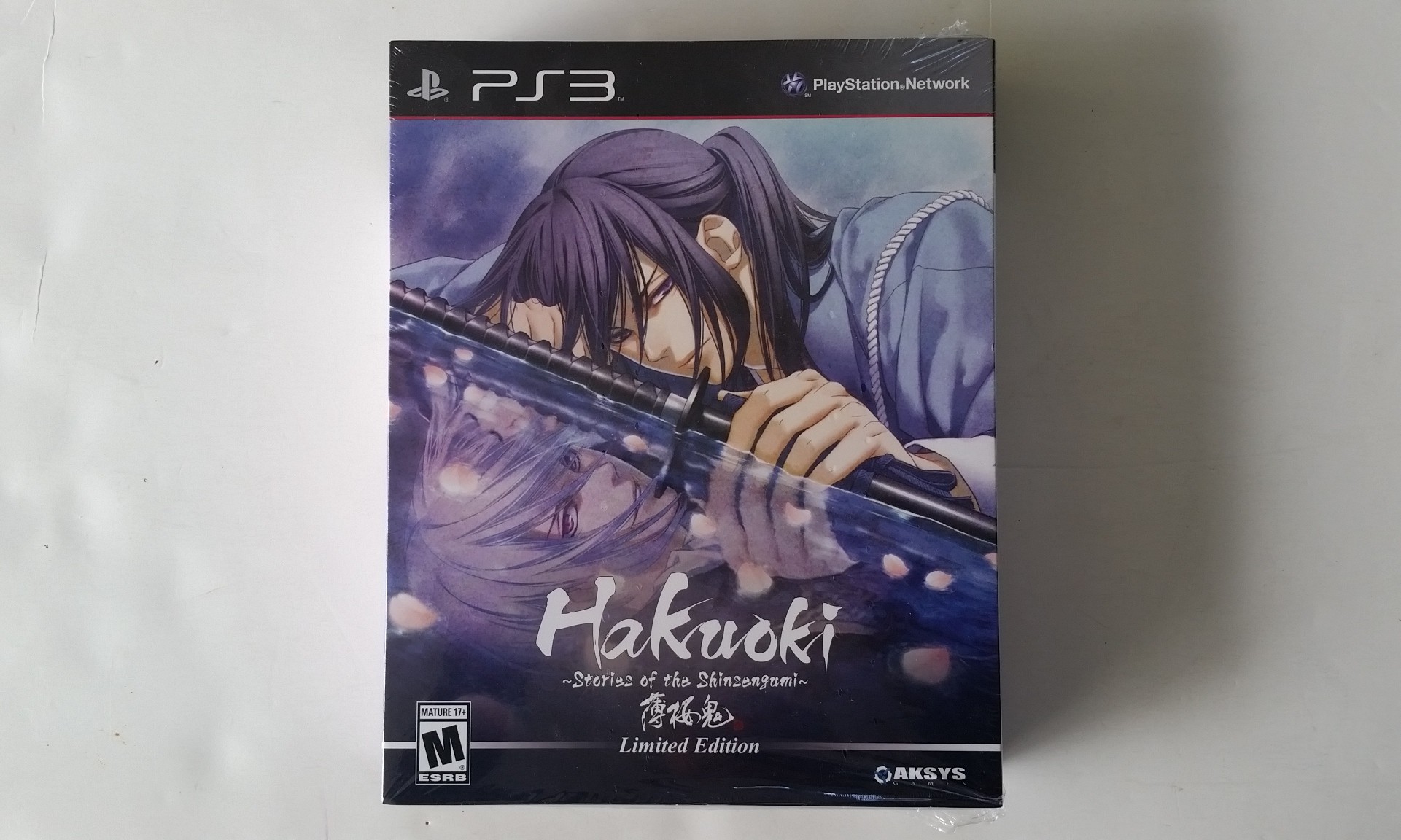 Hakuoki was one of the first otome visual novels to receive an official English release in North America and Europe. It turned out to be a great move as, just like in Japan, English-speaking fans quickly fell in love with the cast of hunky warriors. Since then, we’ve seen multiple iterations of the game arrive on a bevy of platforms – often with a special edition in tow. Today we’re examining the Hakuoki: Stories of the Shinsengumi Limited Edition, which was originally released for the PS3 in 2014.

One of the most exciting moments in a special edition collector’s life is when unique products are offered in a set. Aksys Games brought something different to fans with this limited edition for sure. Instead of obvious choices like an artbook or soundtrack CD, Hakuoki: Stories of the Shinsengumi comes with goods inspired by the era and region that the Hakuoki series is set in. This retro Japanese styling starts off with a faux lacquer box which holds all the contents tidily within it. The “faux” aspect is important, however, as it ends up feeling a lot like a shoebox rather than something fancy or expensive. 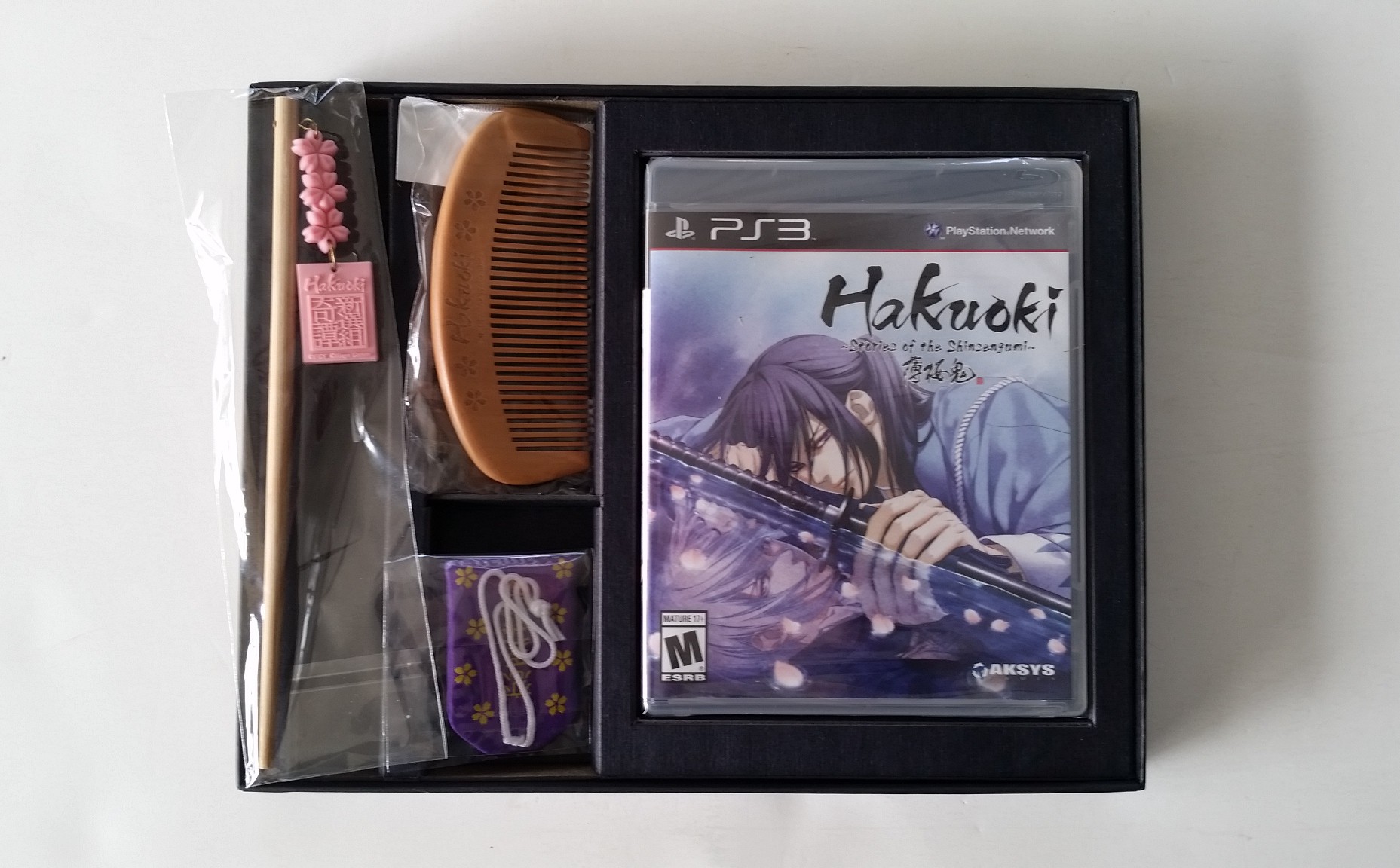 Once opened up, you can see every component of the limited edition. This includes a copy of Hakuoki: Stories of the Shinsengumi for PS3, of course, alongside a comb, hairpin and an omamori. First off, what is an omamori? For those unfamiliar with the term, it’s basically a “love charm” which totally makes sense given this is a romantic title (between all the sword-swinging action). On the backside is an embroidered Shinsengumi logo. It’s a cute addition but only the start of the interesting goodies.

Next up is the comb. What does a comb have to do with anything? Aksys Games shared that this item was inspired by scenes when Chizuru combs Hijikata’s hair with her comb. So there you go. The Hakuouki logo is emblazoned on it in a bit of a garish way. In any case, it’s the type of collectible that hasn’t been duplicated by other collector’s editions out there in the west. The same holds true of the next item which continues on with the grooming and accessory train. 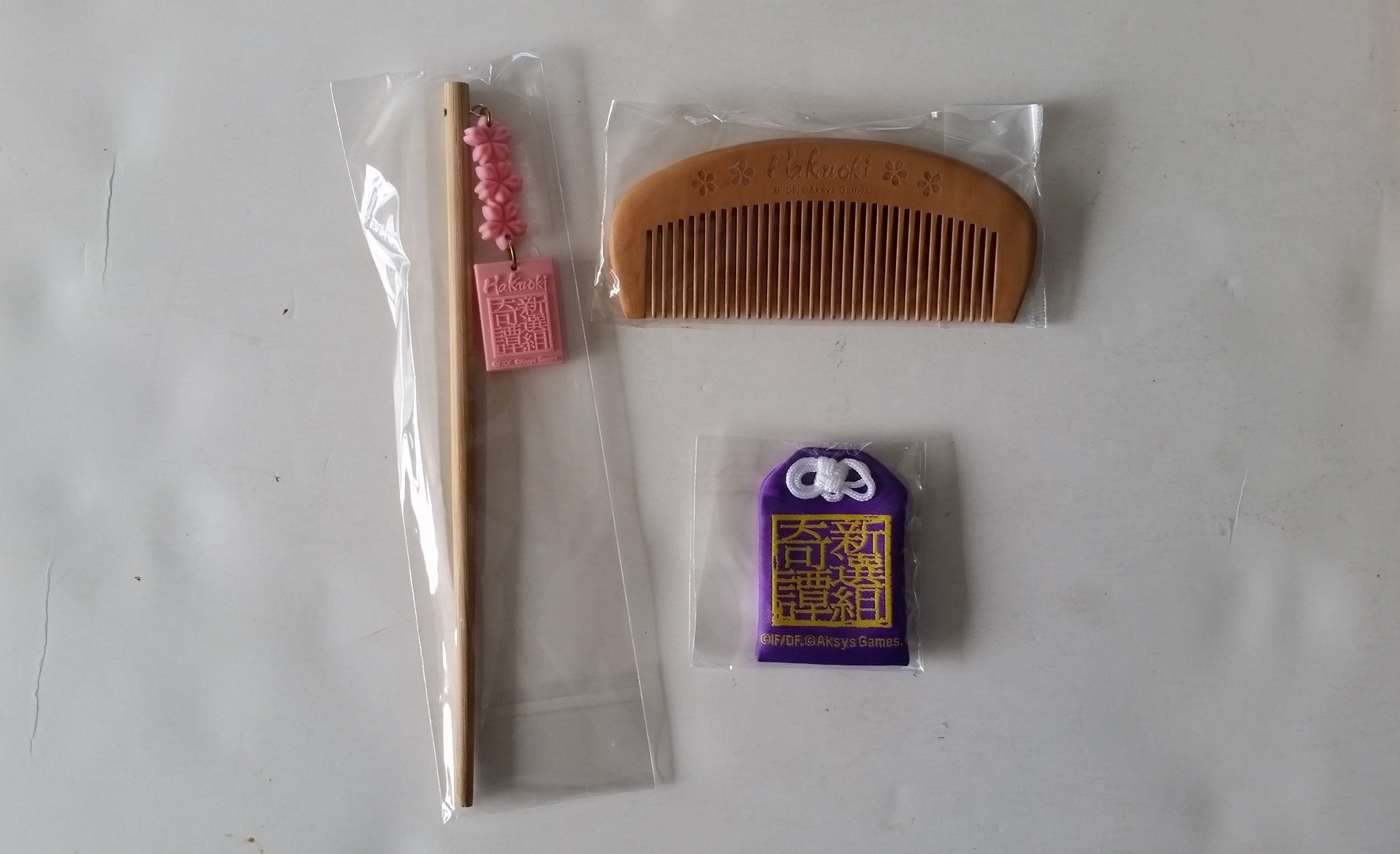 The “Kanzashi” hairpin is the final part of the Hakuoki: Stories of the Shinsengumi Limited Edition and it also follows along with the hair theme established thus far. It may look large and dangerous, but it’ll also probably look fantastic in some Hakuoki fan’s hair. The sizable plastic pink charm on the end might not be to everyone’s taste, but it’s also the only way to tell that this is a hairpin related to a visual novel and not just any random Japanese-style hairpin.

All in all, the Hakuoki: Stories of the Shinsengumi Limited Edition is quite unique and worth it for Hakuoki fans out there. There are also still copies floating around being sold at the $50-$70 range, which fortunately isn’t far from the original retail price. More recently, Idea Factory International released another stand out limited edition for Hakuoki: Kyoto Winds that included a bento box. Be sure to check that out as well if you’re hankering for more Hakuoki-themed goods in your life.