Often times officially-licensed merchandise of popular Japanese series can be hard to come by. Fortunately for fans of Monster Hunter, it appears as though Kinetiquettes will be supplying them with high quality figurines. They were proud to reveal the first of their Monster Hunter statue on twitter featuring one fan favorite monster, Zinogre.

The main draw of the figurine is Zinogre himself being fully charged and quite shocking to look at. In addition to the fanged beast, the figure includes a male and female hunter in full Zinogre armor. The female hunter is equipped with Zinogre’s Switch Axe, while the male is using its sword and shield. Those who order this figure through Kinetiquettes website will also receive a limited Palico figurine, like the others, in Zinogre gear.

Kinetiquettes has not yet listed an official price for the figurine yet but has stated that pre-orders will be coming soon for those interested. Those wanting to keep an eye out can check on their official website here and be sure to take a look at the preview shots for the Zinogre figurine below: 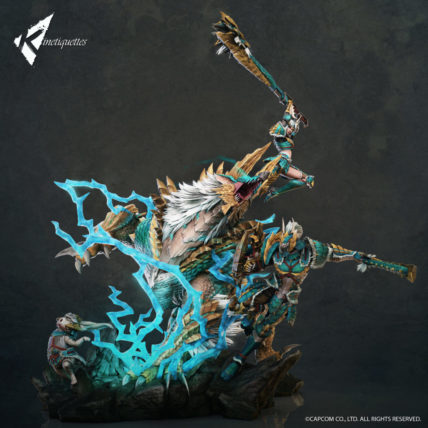 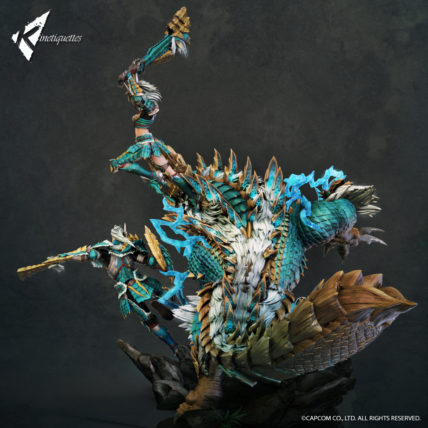 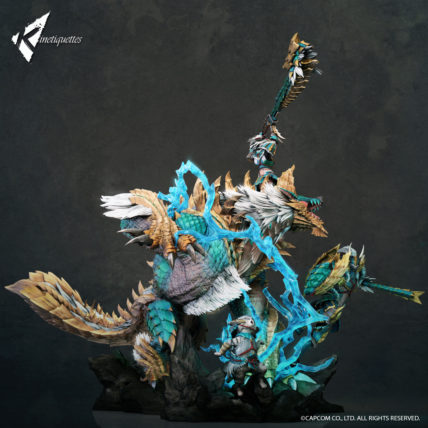 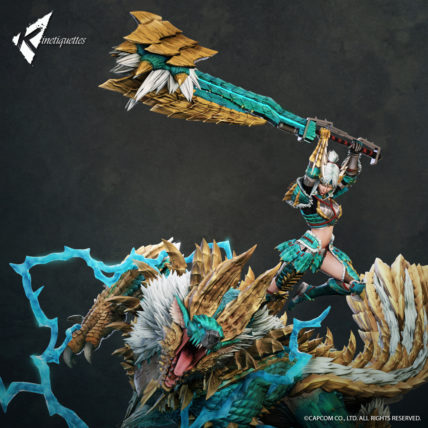 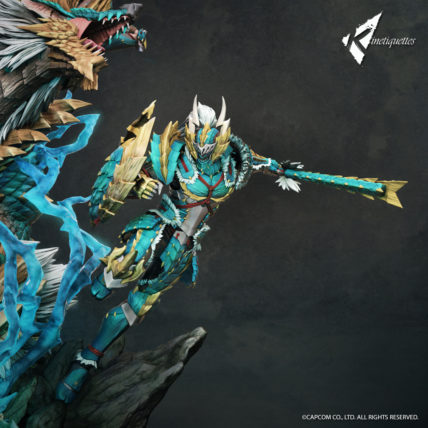 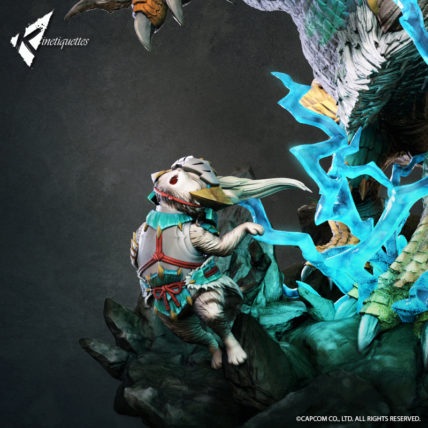