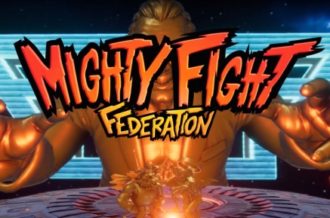 A new report is out showing that a vast majority of consumers find cosmetic-only microtransactions acceptable, but they still aren’t fans of them.

A new report from the data-led platform Qutee has shed new light on industry practices and the future of the industry. Titled Gaming Today, the report received over 10,000 poll responses across a multitude of questions. One of those questions concerns microtransactions and the growing monetization of games.

According to the report, 69% of respondents found cosmetic-only microtransaction as an acceptable form of monetization. This is a good sign for games like Call of Duty: WWII, which chose to monetize cosmetics rather than new weapons like Black Ops III and Modern Warfare Remastered. The caveat to this is that only 1.3% of respondents were fans of microtransactions. So, while there is a clear preference for cosmetics-only, consumers are still very against the practice in general.

Pay-to-Win models, however, were disliked by 22% of the respondents with some going as far to call this type of monetization ‘sickening’ and ‘toxic.’ Middle-earth: Shadow of War and Star Wars Battlefront II faced intense backlash for including microtransactions that gave paying players an advantage. So, while cosmetics-only are acceptable, Pay-to-Win models remain unacceptable.

The debate over microtransactions and Loot Boxes has reached a critical-level over the past few months. Countries worldwide are investigating if Loot Boxes count as gambling, Hawaii and numerous States are looking at legislation regarding Loot Boxes, and a sitting senator has asked the ESRB to consider making changes to its rating systems.