My very first hands-on experience with the PlayStation 2 was on a demo disc at a local Funcoland which had recently changed its name to GameStop. On this disc was a game called Dynasty Warriors 2, which I was fairly impressed with. The graphics, while not mind blowing, were a noticeable step up from the original PlayStation, but what stuck out was how much fun I had with the demo, since this was also before 23.7 percent of all games developed were Warriors spin offs or sequels. It was basically old fashioned arcade action that felt contemporary and Dynasty Warriors 2 was the first PlayStation 2 game I purchased. I had fun playing through the story a couple times, but its repetitive nature didn’t hold my attention as long as I thought it would. The initial excitement I felt with the demo wore off quickly and I kept thinking this would be so much better if it had a co-op mode.

A year later Dynasty Warriors 3 was released, which was basically the same game with some minor upgrades and one major upgrade: the two player split screen co-op mode. This was a game changer. As a strictly solo outing, Dynasty Warriors 2 was quickly forgotten after only a couple playthroughs. The co-op mode in Dynasty Warriors 3 resulted in whittling away several days of playtime over several months with friends. The mindless and repetitive nature didn’t last long by itself, but for a co-op venture it was a great way to kill time on those days when you just didn’t want to deal with the outside world or utilize higher brain functions. 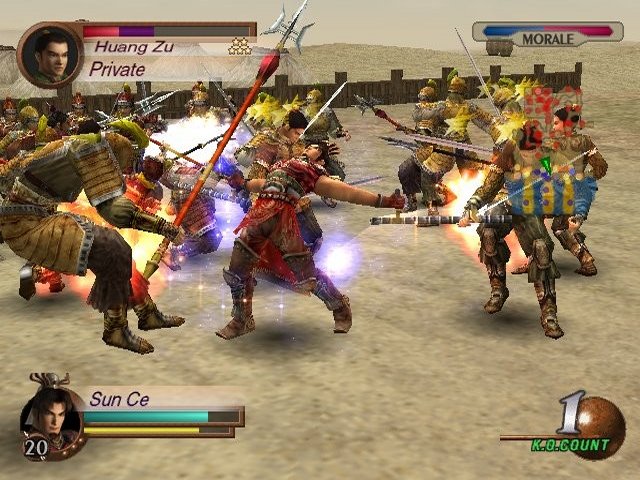 Dynasty Warriors 3 was one of several games that used the Romance of the Three Kingdoms as source material, with the earliest example of a game that got into the Three Kingdoms was the RPG Destiny of an Emperor on the NES, at least from personal experience. The game obviously took some liberties with the source material since the The Kingdoms tome is well over 2000 pages, but the main points were represented. Their numbers have increased in later Dynasty Warriors titles, but there were a few formidable female warriors in Dynasty Warriors 3 who were present in the books but generally stayed off the battlefield. A lot of the conflict narrative between Wu, Wei and Shu was simplified for the game and some characters didn’t receive the most accurate depictions. This is purely speculation, but I don’t recall the books describing all the important officers as wearing fancy battle armor that was either red, blue or green while everyone else just got the same generic clothing.

Dynasty Warriors was a fun title but not exactly AAA material. The large number of enemies on screen often resulted in slowdown that hasn’t been experienced since the 8-bit era. On top of this enemy draw distance was a constant issue, especially in the beloved co-op mode, and a dense fog often covered the Chinese battlegrounds. The music was solid, upbeat guitar driven rock that somehow fit the game perfectly despite electric guitars not being invented until several centuries after the events of the game occurred. The English voice acting was atrocious, which is a Dynasty Warriors tradition that has continued through the most recent Dynasty Warriors 9. Xu Zhu spoke like a rotund cartoon dimwit, and there was always disappointment when he didn’t repeatedly ask “which way did he go George?” Zhang He’s flamboyancy made Jack McFarland look like Ron Swanson. Something else with Zhang He was he was obsessed with his own beauty and he fought with a hand claw, much like the narcissistic claw-wielding Vega from Street Fighter II, so maybe there’s a legendary ancient Chinese claw of self-absorbed narcissism that was lost sometime after the Three Kingdoms period ended and found its way into the hand of a lanky Spanish matador. Out of all the bad voice acting that was crammed into this title, none of it could top Zhang Bao’s ultimate moment of frustration when he screamed “you flaming idiots!” 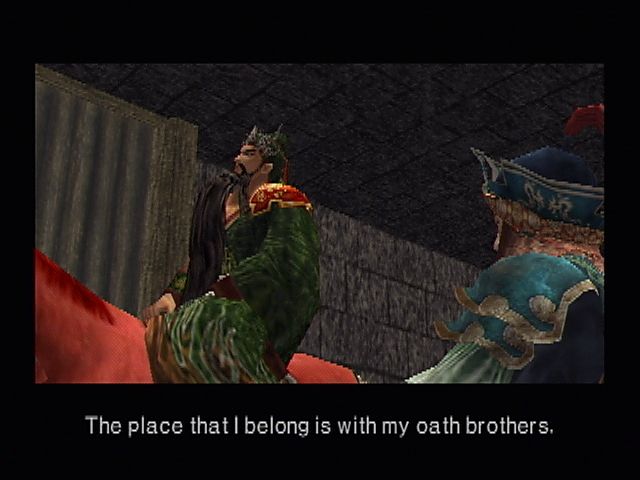 After wasting countless hours of my life on this title, the first console expansion pack I remember purchasing came out which was Dynasty Warriors 3 Xtreme Legends. As a general rule, calling something extreme for a marketing tactic is just stupid and spelling extreme like Xtreme is aiming for a target demographic whose IQ score is the same as their waist measurement. Needless to say this was also a day one purchase for myself.

Dynasty Warriors 3 Xtreme Legends could be played by itself or combined save data from regular Dynasty Warriors 3, which was done by inserting one of the game disc’s into the PlayStation 2 and swapping in the other disc after the loading was complete. The main addition the Xtreme Legends brought to the party was a musou mode (i.e. story mode) for characters like Dong Zhuo, Meng Huo, Zhang Jiao and the legendary Lu Bu, who was not nearly as overpowered when a player got to take control of him. The musou modes for these characters offered a bit of a “what if?” alternative history take on their stories which was mildly interesting at the time. 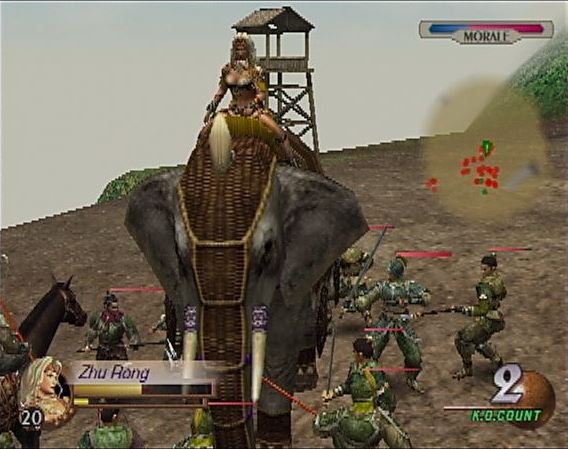 Despite its issues, I have many fond memories of Dynasty Warriors 3. It’s far from perfect and people who aren’t into the series are quick to criticize its simple and repetitive nature and how Dynasty Warriors and the subsequent Samurai Warriors retell the same story repeatedly without making major changes to the core gameplay, and honestly their criticisms aren’t wrong. For fans of Dynasty Warriors, or any of the octillion spin-offs that exist, the simple and repetitive gameplay can be enjoyable the same way a dumb explosion-heavy action movie can be. Dynasty Warriors 3 is where Omega Force hit their stride with this formula and for better or worse have been milking it for all it’s worth. But sometimes the best way to pass the time is just to spend some time doing an activity with a friend that requires virtually no brain activity and these games fit that order perfectly.