Thank the video game powers that be that 2018 is already proving a better pace than 2017 for game releases. With bigger titles spread out between each quarter, with some readjustment, 2018 is looking to be smooth sailing for gaming. Having fewer big titles crammed together means more time with the ones that grab our attention, and chances are if reading this, one of those titles being played is Monster Hunter: World. Aside from Capcom breaking a record for themselves, Monster Hunter: World is proving to be great for one other thing: getting in the mindset to return to Dark Souls. I along with what can only be assumed to be most of the Dark Souls fandom will return to the land of cursed undead this May and Monster Hunter is an excellent coach for getting in shape. Having seen a few articles make the rounds initially when Monster Hunter: World released, many compared it to something akin of Dark Souls meets Jurassic Park, which it is not.

I know what you’re thinking: “wait, how are you going to write about Monster Hunter: World being like Dark Souls and then say it isn’t Dark Souls?”

Monster Hunter: World isn’t Dark Souls. They don’t have similar systems, they’re core values are different and they’re not even the same genre. What Monster Hunter: World does share with Dark Souls is a deep complexity of rules in place that allow for player growth through natural progression of learning. Both games have baked in systems that are up to the player to learn, with help from the respective community. The one thing Monster Hunter: World might do better is that it explains its systems through many (many) tutorial prompts. Monster Hunter: World’s systems might seem like nuisances, but they go lengths when understanding the complexities of these systems interacting with one another, in turn to interact with the player and vice-versa. 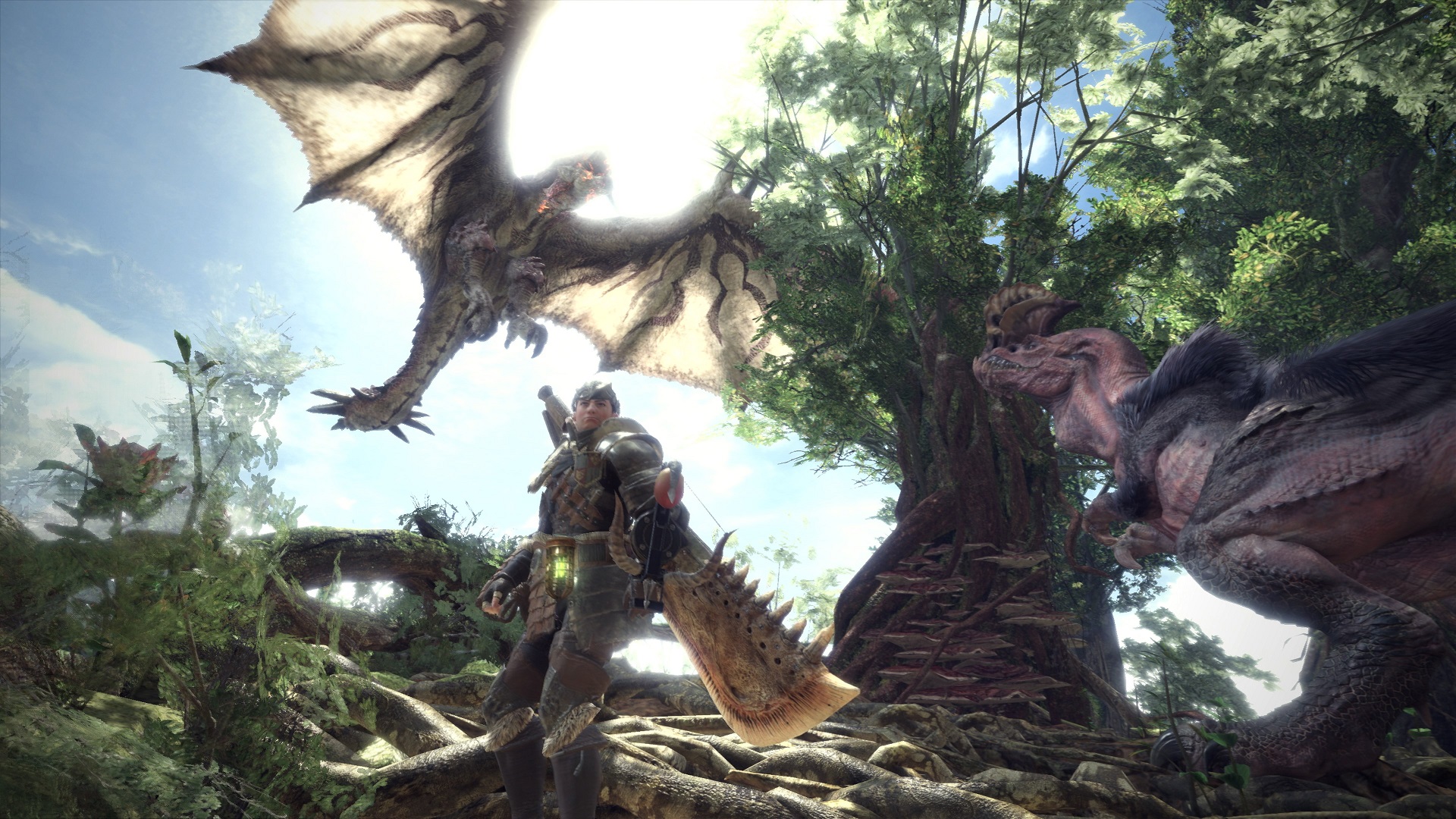 At the same time, many of these systems are left up to player research. Much like the varied scientific community that makes up Monster Hunter: World, the player must learn from experimentation and their personal studies. Personal studies referring to the use of outside sources such as the Adopt-A-Hunter program, which will ease the overwhelming amount of information crammed into MHW. This is almost a step-by-step method of how most newcomers to Dark Souls approach the series. Cautious at first, because either having heard or seen what the game is like in action, and if willing to commit to the learning required, will be rewarded with mastery of play. Therefore, Monster Hunter: World is the perfect tutor for getting back in shape when Dark Souls makes its return in May.

One of the more noticeable comparisons that can be made between Monster Hunter: World and Dark Souls are the enemies. Both titles host enemies that require the player to learn about them through direct action. By not giving away what each enemy can do, the player is forced into combat to learn more about an enemy type. Reading animations of enemies becomes key in both games in which knowledge gained can be applied to all battles in the foreseeable future. Learning an enemies’ specific weaknesses, however, usually ends up in a trip to outside sources. 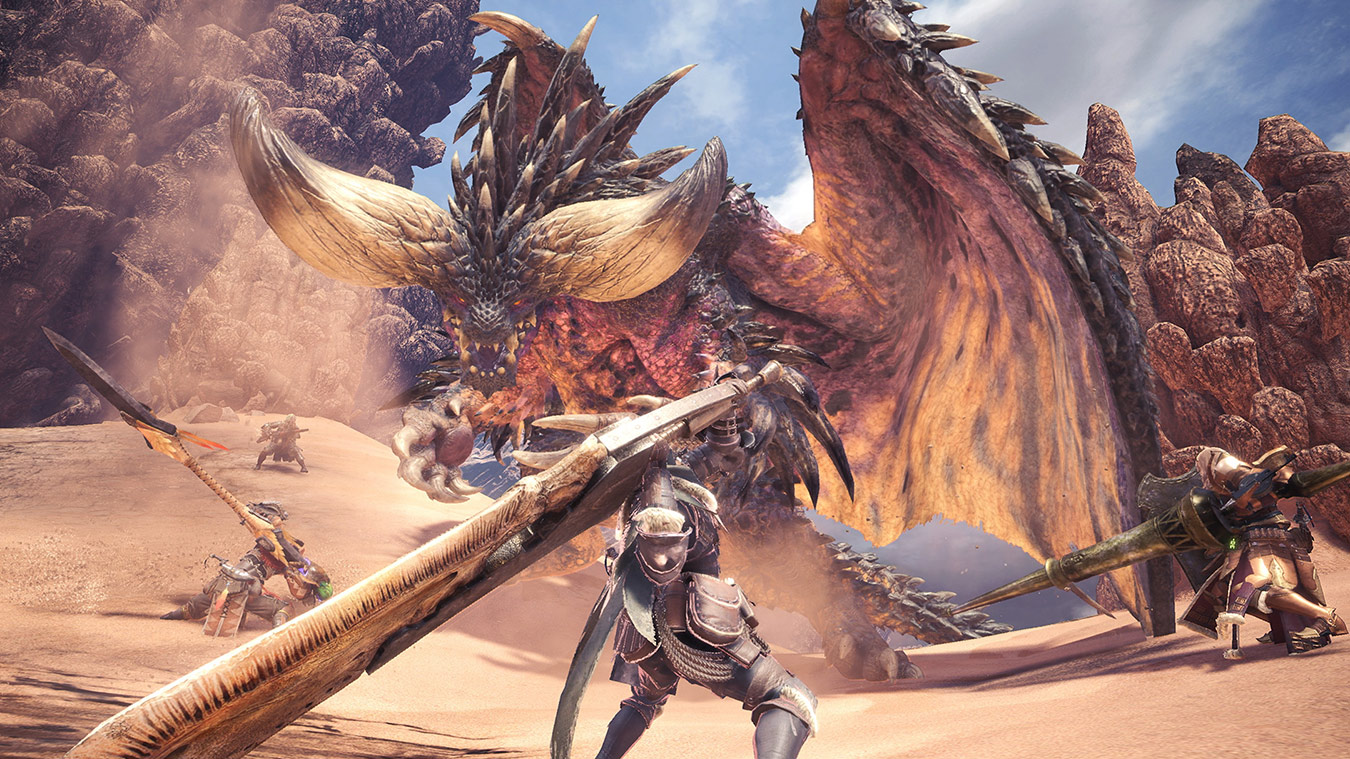 Forums for titles such as MHW and DS are tools to be eagerly used; people love discussing every little detail, especially when helping newcomers along their journey. The various forums, sub-reddits and other platforms for information show a community that is just as large as the monsters that inhabit Monster Hunter and Dark Souls. Being able to turn towards these spaces when hitting a specific wall in either game is a sigh of relief. While MHW does do a better job explaining its enemies, it’s still vague, meaning it’s imperative to turn elsewhere for help if looking to have mastery of the game. This will prove especially important for those coming to Dark Souls for the first time with the Remaster.

Monster Hunter: World and Dark Souls are patient with the player. What may come off as uninformative at first is the other way around. These titles don’t come with time constraints or challenges, just the work that the player puts in. The toolbox is ready for use; it’s how one uses the tools that becomes important to how those tools can be applied to the machine. This is all rather metaphor heavy, but it goes to explaining why people flock to Monster Hunter: World and Dark Souls. Even more reason if not having played Dark Souls and coming from Monster Hunter World that Dark Souls Remastered will have an air of familiarity. 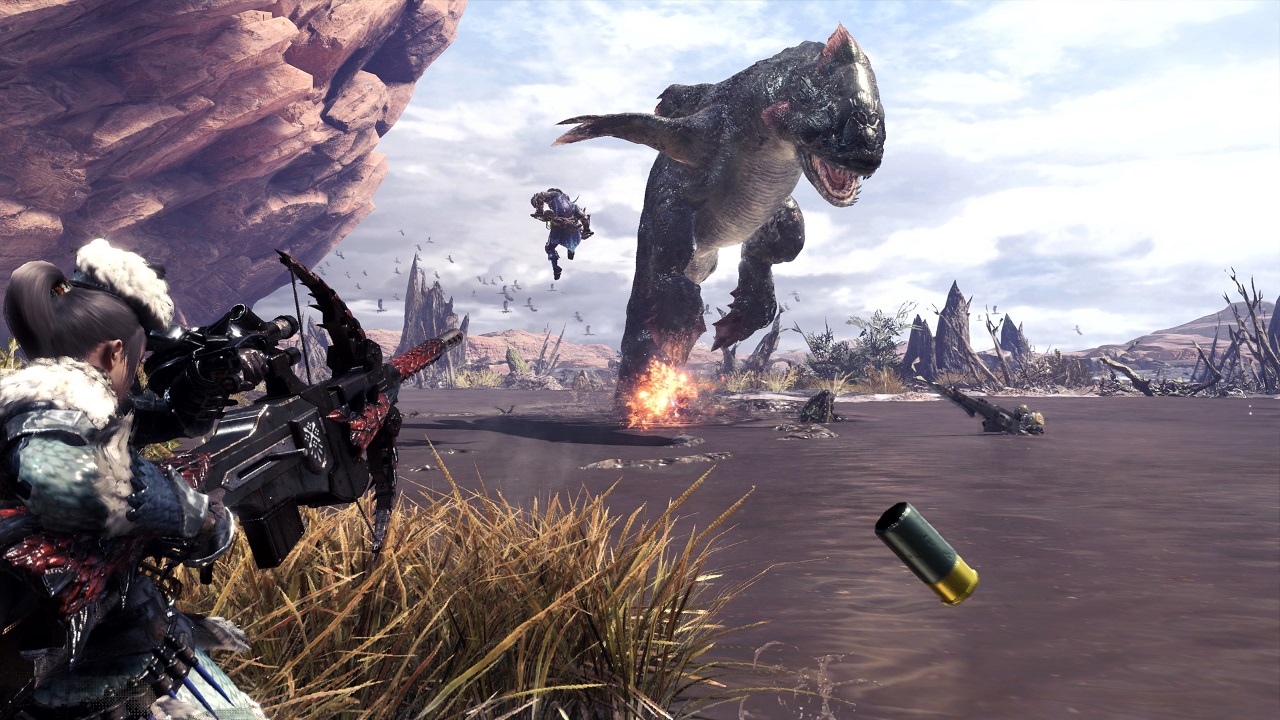 Monster Hunter: World and Dark Souls share a steady rhythm in their playstyle. Both can draw the player in through a repetition of try and repeat. Each one offering up challenges that are larger than life and will take a certain level of knowledge to tackle. These games aren’t mean, they’re just asking the player to put in the work to get the reward, which will make it even more worth it. That feeling of slaying Diablos for the first time is the same feeling put off by slaying Ornstein and Smog. Monster Hunter: World and Dark Souls offer up challenges that when putting in the investment become worth the player’s time.