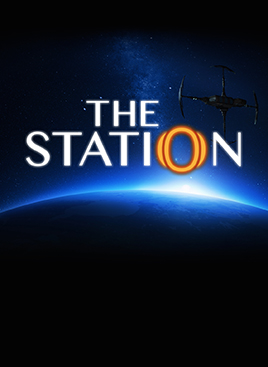 Tired of walking simulators? Tired of sci-fi settings with conflictingly perilous premises? What about walking simulators revolving around a sci-fi setting encompassing a conflictingly perilous premise? In another time, another place, the titular developers — also called The Station bizarrely enough — should have delivered on the not-so-whacky pitch that ventures into outer space didn’t have to be confined to the same oppressive aesthetic of grungy, industrial machinery or otherwise callous corporatism. Not that we haven’t already been dished some more alternate takes on the space station setting; last year’s rendition of Prey with its influences of art deco and futurism in its environments stood out as intriguing if not fully wholesome.

But to elaborate on the previous point: there’s nothing inherently wrong with confining one’s self to one or the other opposite end of the space station setting spectrum, providing that the desired tone and aesthetic is matched by an enticing gameplay experience. If games like Alien: Isolation and even smaller titles like The Turing Test can prove even the more retro-inspired, sci-fi settings can instill a sense of accomplishment, should that come as a surprise when [the game] The Station follows along similar routes visually, if not tonally? Perhaps not; it’s refreshing to find a game that looks to the distant future with a sense of optimism if not without some level of caution that just may bubble over into something more precarious.

That’s the principle The Station establishes, or at least tries to, in its opening reel of exposition regarding the plot. In the future, discovery of a highly-sentient race on a distant exoplanet has led the world’s council to send a team to orbit the planet so as to observe their society under the convenience of stealth. Upon all manner of contact being lost with the station (not to mention, crucially, the ship’s stealth capabilities), you — the faceless player-character — are sent as a one-man (or woman; it’s never really confirmed which gender you’re in control of) rescue operation to investigate the fate of the crew. Which, by sci-fi trope’s standards, is once again restricted to the “serious leader one,” the “not-so-serious, joking-around” one and the “does he have his own secret agenda he’s not talking about” one. Fortunately, hidden logs and audio recordings aside — which make up the more blunt means of establishing past events prior to your arrival — The Station doesn’t let the more upfront storytelling get in the way of its environments. Unfortunately the environments, as a result, are anything but enticing. 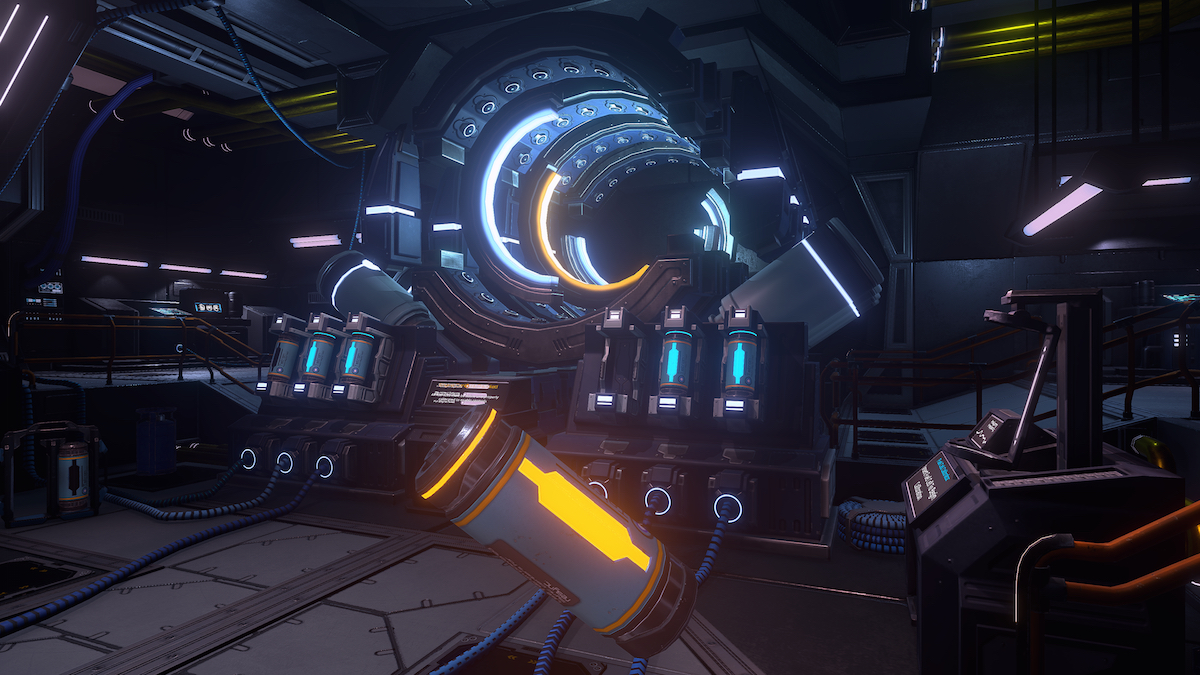 Nevertheless, while not entirely imperative to the player’s most basic of progression, The Station sets its sights regardless on guiding the player forward through its environments. This does expand promisingly (thankfully) into the puzzles which take a more off-hands (or in this case, dialogue-lite) approach to telling players what to do and how to do it. Requiring you to in fact survey your surroundings; working out which devices function with what machine which in turn help power particularly crucial devices. It’s here, in its puzzle-solving, where the show-don’t-tell approach works wonderfully. Even when the puzzle-solving is confined solely to following power lines to a particular device that gives you an access code or such, the game never tells you directly of these work-arounds and is all the better for it. But this, sadly, is the only instance where the setting encompassing The Station is at its richest.

So as you slowly start piecing the plot together through logs and environmental storytelling and your first hour of run-time slowly begins to tick past, The Station tosses up the occasional would-be shock — culminating in a forcibly mad-dash attempt to reach your next objective. And just as you think the chapter is about to close and the mystery will only deepen or otherwise twist itself into more strange encounters…it ends. Literally. The credits roll — flashing the end game’s sudden plot twist in your face — and that’s it. Had you forgotten to manually save your progress along your fifty-or-so minute journey through the station, it’s a fresh new game for you. Not in a NieR: Automata kind of way, but a very real way: that’s it, that’s the game, over and done with.

While it would be unfair to spoil the story’s actual twist (which, admittedly, isn’t so much bad in its material, rather it’s just laughably under-utilized and flung so hard in the player’s face to be just-as-quickly discarded in time for the credit roll), if you can read between the lines and decipher carefully even the wording in this review, chances are you can work out the twist with little difficulty. But it’s the hurriedly-fitted climax to the game — a game which, indeed, will likely take up but one solitary hour of your time, if that — is just the cusp of why The Station ultimately is such a deflated affair all-round. Given especially what it gets right with its flair of puzzles and the way they integrate themselves into the world it tries to paint. 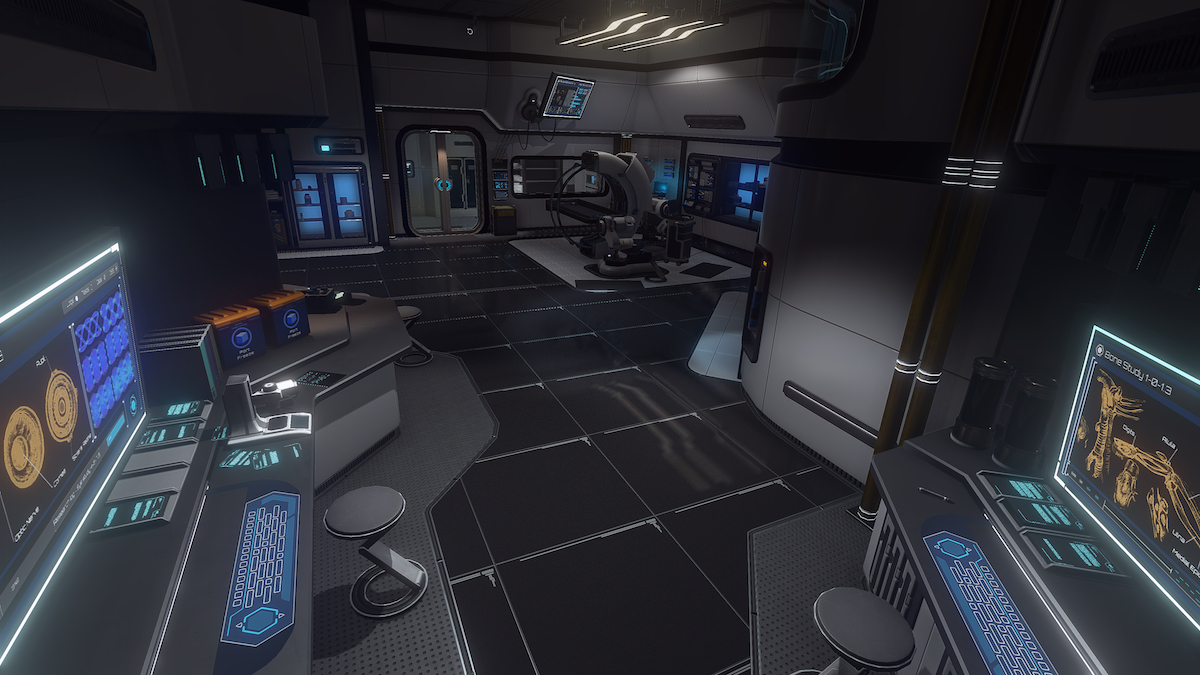 Least a world that feels more and more afar from the remainder of the environment which comes off far too sterile, and put bluntly, too basic even for its own aesthetic good. Whether it’s objects and items repeating themselves in rooms or just the often bare, skeletal spaciousness at points — feeling more like something early in development rather than the finished package — that is absent entirely of sound design aside from the often-repeated door opening/closing effect, The Station can’t even rustle up the effort to pass itself off as a vertical slice of an otherwise more complete and wholesome experience.

The issue expands beyond its length or indeed the somewhat (if not entirely) subversive nature of its storytelling, though. As titles like Pony Island have brilliantly demonstrated, even some “shorter” games can still carve out a whole swathe of gripping ideas and mechanics, all while delivering an interesting tale that keeps you engaged from start to finish. The problem with The Station is that it stakes all its chips on the world-building and environmental storytelling that for it all to end so abruptly with a set-piece that is so forcefully placed on the player — and offers little degree of tension or purpose outside of the need for the credits to start rolling — all it does is amplify the once minor irks into far more woeful issues that further undermine the experience. The occasionally indulgent dialogue that is regularly delivered with incoherent emotion; the nonsensical use of would-be jump-scares; the pitifully basic design of the map/inventory/objective interface that is neither elegant nor minimalist; the questionable mapping of actions when using a controller, be it on PC or consoles alike. 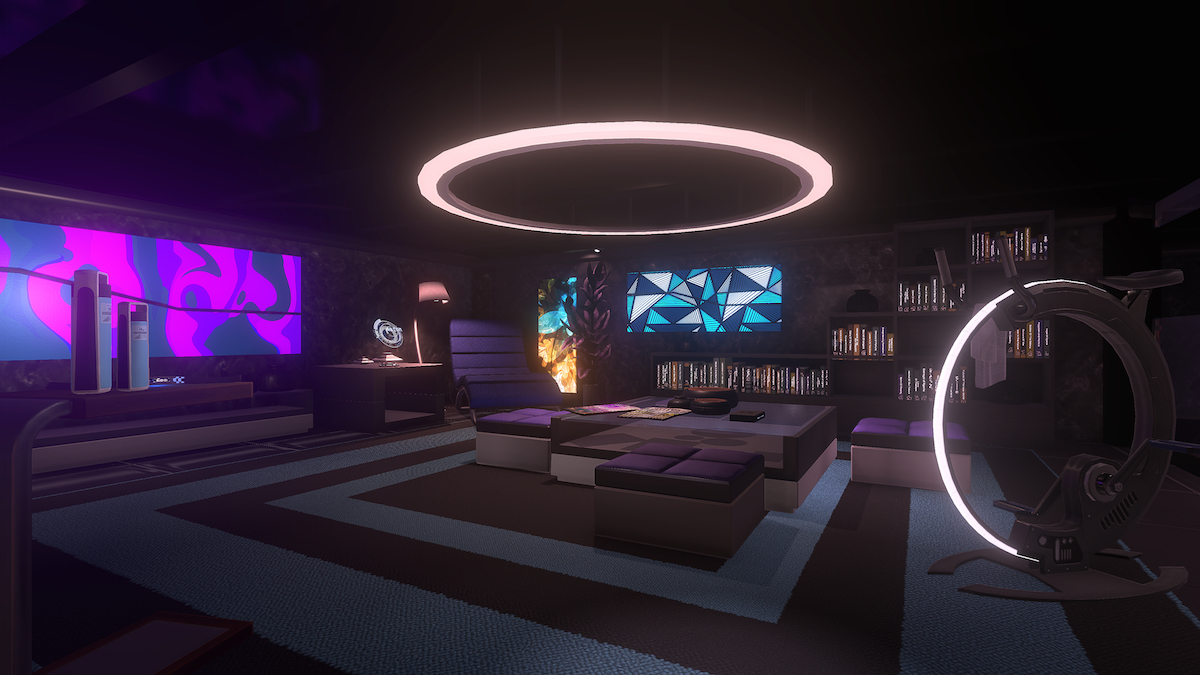 Disappointed would be the wrong — and likely more forgiving — term to describe one’s feelings coming out of The Station. Disheartened is a more fitting definition; worse than its length or the severe lack of effort put into its environments that expand beyond the puzzle-solving (easily the game’s best and only salvation of a plus-point) is the otherwise safe and stale retreading of a formula that has been repeated many times in sci-fi themed games and executed much better in ways more thematically interesting. The worst part of all this, though, is the sense that The Station feels so wholly smug and proud of itself — so confident in its would-be subversion (that isn’t even built up well) via its [anti] climactic plot twist or abundance of audio/text logs — that it comes across like it hasn’t even wanted to try. That it’s not even required the offer of a good vertical slice, let alone something more a kin to the opening chapter to a grander, unfolding tale. There are far better ways to spend even the shorter spells of time on a complete package. The Station, sadly, is light-years away from being one of them.