Physical gaming was on its way out in 2015.  The new-release shelves at the local gaming store were being dominated more and more by the usual suspects: Activision, EA, Ubisoft, plus a few holdouts in smaller press publishing like Atlus, NISA, Rising Star Games and Sodesco.  Nintendo, Sony and Microsoft were printing up their games too, but other than that, the idea of owning a game rather than purchasing a digital license was fading out.  It was a good time to push back and Limited Run Games lucked into being the ones to capture lightning in a bottle.  Print a set number of copies based on what was estimated to be a guaranteed sell-out, do it once, walk away.  As the realization slowly sunk in that this was going to work, the print runs rose from the 2,500 range to 5,000 or more, and while there were growing pains (lots of them), everything still sells out even today.  Video games are like any industry, though, and that means success breeds imitation.

It started off fairly slowly, because setting up publishing deals takes time.  Eastasiasoft printed international editions, Signature Edition Games had both regular retail editions as well as online-only semi-deluxe versions, Special Reserve Games was set up by Devolver Digital to publish their games, etc.  Each publisher approached the collector’s market in a slightly different way, but they all led with small print runs available only as long as supplies last.  Which is fine, up to a point. 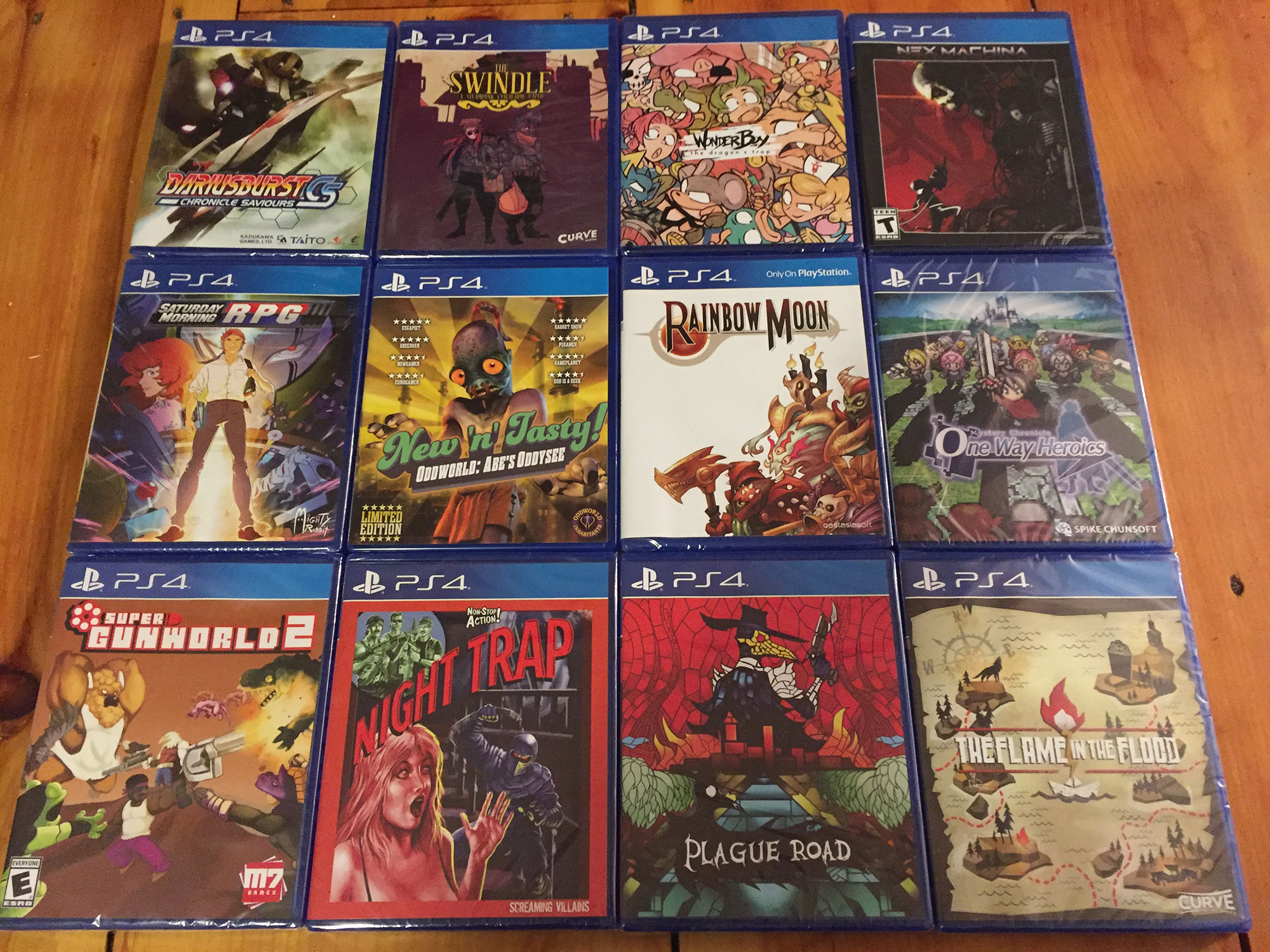 Uncommon to scarce, may be rare someday but not for a good while yet.

Once upon a time there was Guitar Hero, Rock Band, DJ Hero, Rocksmith, etc.  The success of Guitar Hero spawned a million imitators, and while the quality was high (let’s ignore Rock Revolution), there was simply too much of it and the market moved on.  A niche can only be fed off so long before it gets fed up and decides “No, this stops now.”  The entire section of the market dies off, taking down the good and the bad all at once.  And now here we are getting close to the same point with small press gaming and maybe it doesn’t need to be like this.

Anyone can start a company to create whatever they want, within reason.  Some thrive, some die, some find a niche and cater to it.  Small press gaming is a niche and if you can persuade the developer of Popular Indie Game to sign on you can create your own label to publish however you’d like.  The collector’s market has been over-catered to in the last year, though, so leading with “Only 5,000 copies ever!” isn’t the selling point that it used to be, especially seeing a that’s actually a decent amount.  Not helping any is that the new publishers are all beginning to run together in a way that makes them feel like cheap knock-offs.  Strictly Limited Games, Super Rare Games, All Our Titles Increase In Value Games.  Only one of those is made up.  It’s getting out of hand and needs to stop now. 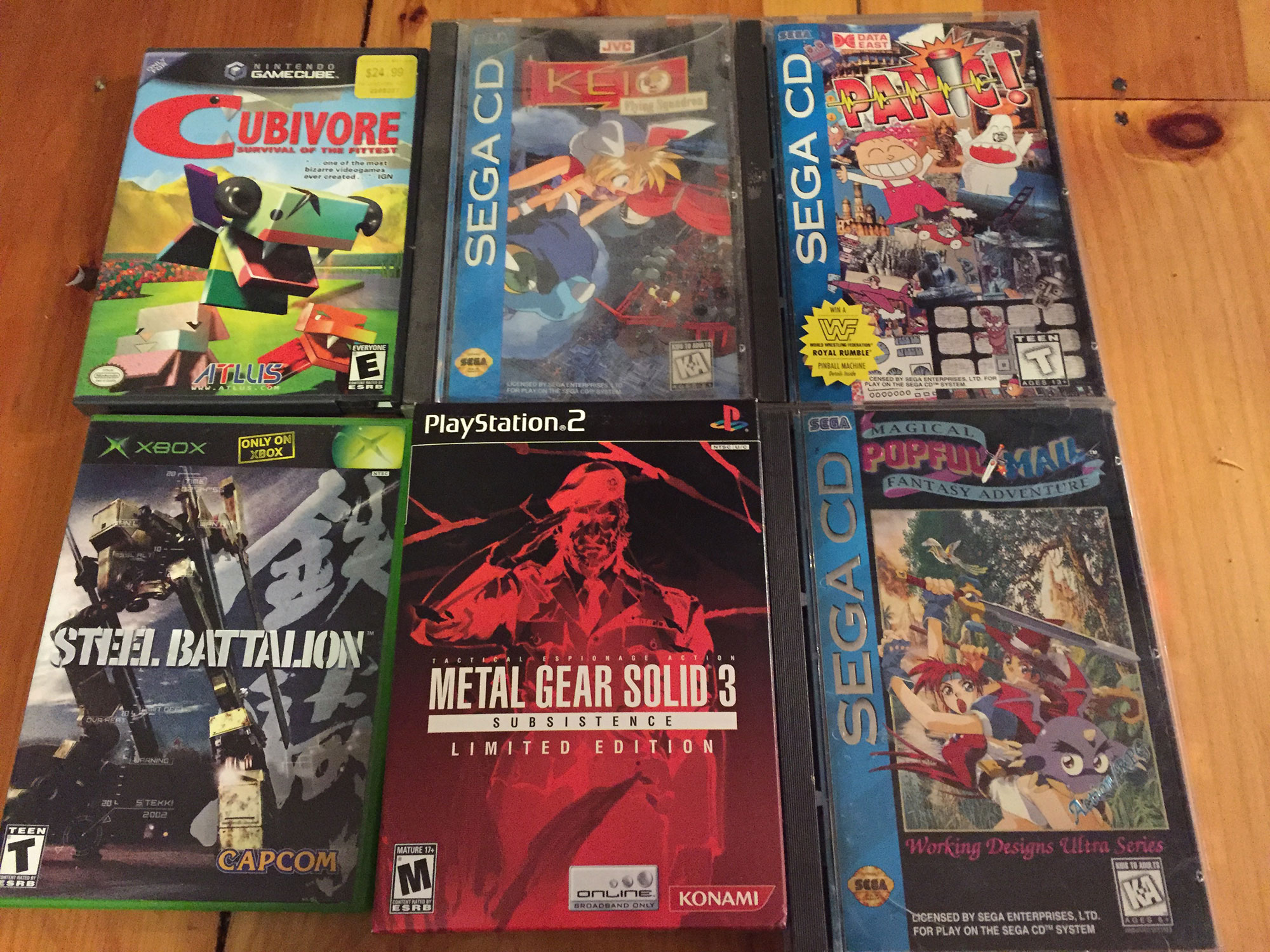 Various degrees of rarity, some of which could stand a dusting.

There’s a need for small-press publishing to create demand, but the rare collectible bandwagon is starting to run down.  It’s still healthy, just somewhat fatigued and in need of a bit of a rest.  With new small press publishers popping up that doesn’t seem likely, though, and naming the company after how few copies are printed has the whiff of bull about it when the collectors they’re catering to can see how many units are available and know there’s no issue with supply.  It’s gotten to the point where the companies are feeling manipulative rather than clever and there’s going to be a backlash if it continues.  Sales have slowed down noticeably since 2015, going from “sold out in minutes” to “sold out in days/weeks” and honestly that’s not a bad place to be from either a publisher or consumer perspective.  If the market isn’t treated carefully, though, then it will continue downward, with print runs getting smaller as the sales get slower until eventually games that would have benefited from physical preservation last only as long as the console’s digital storefront is up.  Leaning on collectors only works so long, as anyone with a pile of rare Beanie Babies can attest, and it’s time to ease up before the market decides it’s had enough.