In the latest blog post from PlayerUnknown himself, the road-map the company is looking at for the upcoming year has been detailed. The goals include everything from game modes and maps, to weapons, vehicles and emotes.

First, though, he mentioned updates. The team is committing to more frequent updates, with big content delivery coming every two months, and smaller updates coming more frequently. The big ones will make changes to systems or drop content, where smaller updates will focus on bugs. Aesthetics will be updated now and again as well. Bluehole will also launch an Experimental Test Server to help get feedback from players on future content.

The new and much smaller 4×4 km island map will be released on the test server in April. It is meant to give a shorter, more intense experience with the same number of players. An 8×8 km map is also on the way to the test servers. 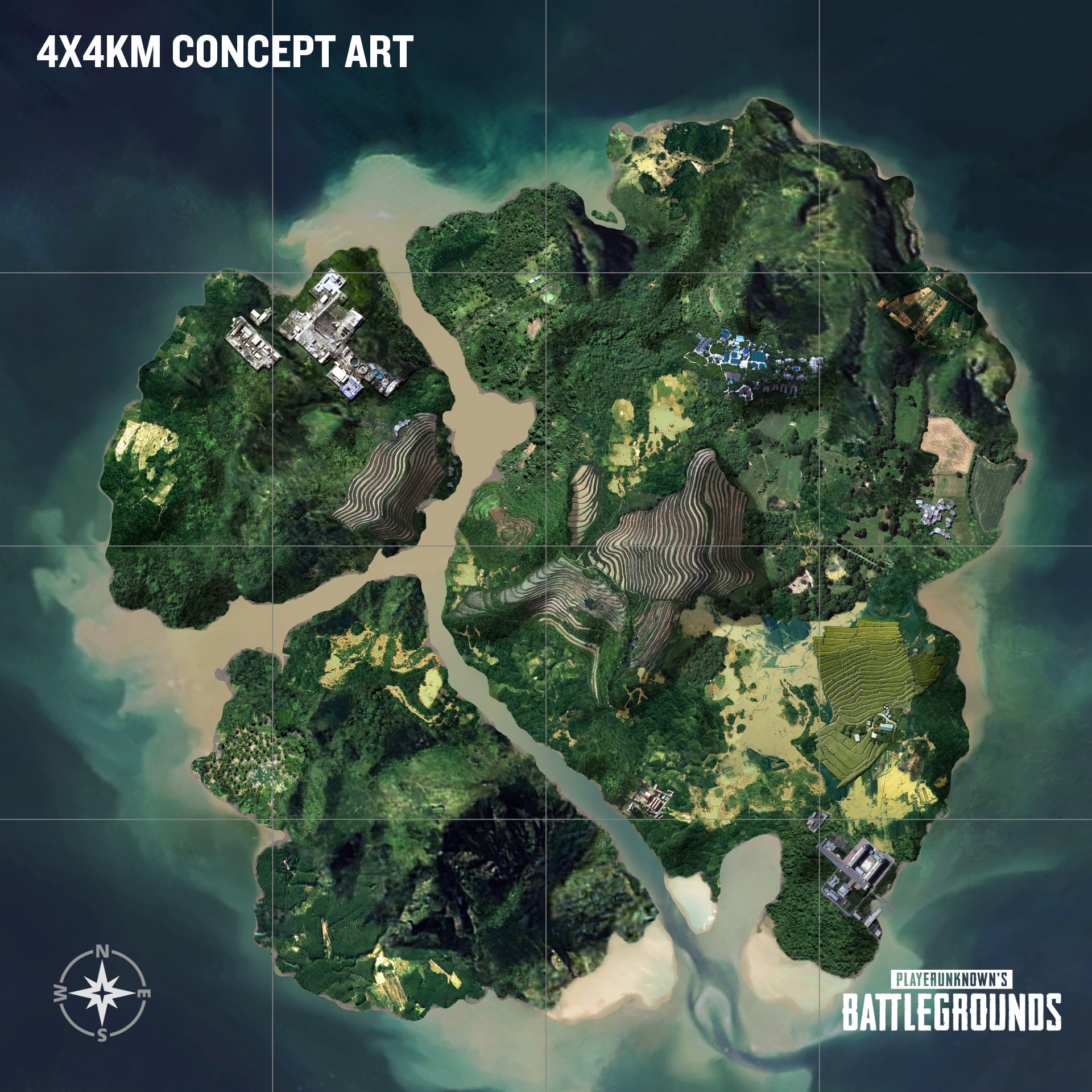 Emotes are on their way too, with a emote wheel similar to the one in Fortnite. They will be added to the test servers “very soon.”

PlayerUnknown also mentioned some quality of life items that they are planning to add. Achievements, in-game friends lists and squad voice chat in the main menu are all in the works.

The test servers will be home to a lot of tweaks to gameplay as well. Bullets don’t currently penetrate through limbs or vehicles, but this mechanic will be tested out soon. This in an attempt to add depth to the ballistic system and to make the game feel more realistic. He reassures players that they will be listening especially closely to player feedback on that one.

2018 will bring new looks and sounds to Battlegrounds as well. They’ll be working on overhauling their animation systems, which will make things look smoother and more realistic. Some buildings, plant life and other environmental assets will be reworked, and customizable parachutes and weapon skins are also on the docket. In terms of sound, the focus will be on greater detail when it comes to vehicles and on-foot movement. Driving will sound more realistic with suspension and skidding sounds, as well as environmental differences like weather and road conditions that will change how the wheels sounds against the ground. While on foot, they want to make it so that your movement noises will sound different depending on what you’re carrying. They’re also planning to change the way guns sound depending on your POV and changing how your character’s breath sounds depending on whether you are running, aiming or holding your breath.

They are planning on adding to the custom game system, insofar as saving presets for rules and distributing access to more players so that there are more custom games available for everyone.

PlayerUnknown also wants to get Battlegrounds onto the eSports scene, but isn’t ready yet. They are in the process of developing systems for broadcasters to use for better match coverage and want to work on it more before letting people use it. The data analytics team at Bluehole is working to improve the ranking and player performance data to make sure they are ready to get into the eSports world as well.

And finally, for you developers out there, Bluehole is working on a PUBG Developer Portal and API that will allow developers to create “compelling resources for players.” The API will include match data at the match-level, season-level and lifetime-level, allowing developers to create custom games within PUBG itself. This in hopes that it will help eSports groups create and manage games for broadcast.

It seems like a lot for one year, but with the amount of people still playing PUBG and the boom that is happening right now in the battle royale scene, PlayerUnknown and the team at Bluehole are in for some stiff competition and they’ll have to work hard if they want to keep up.