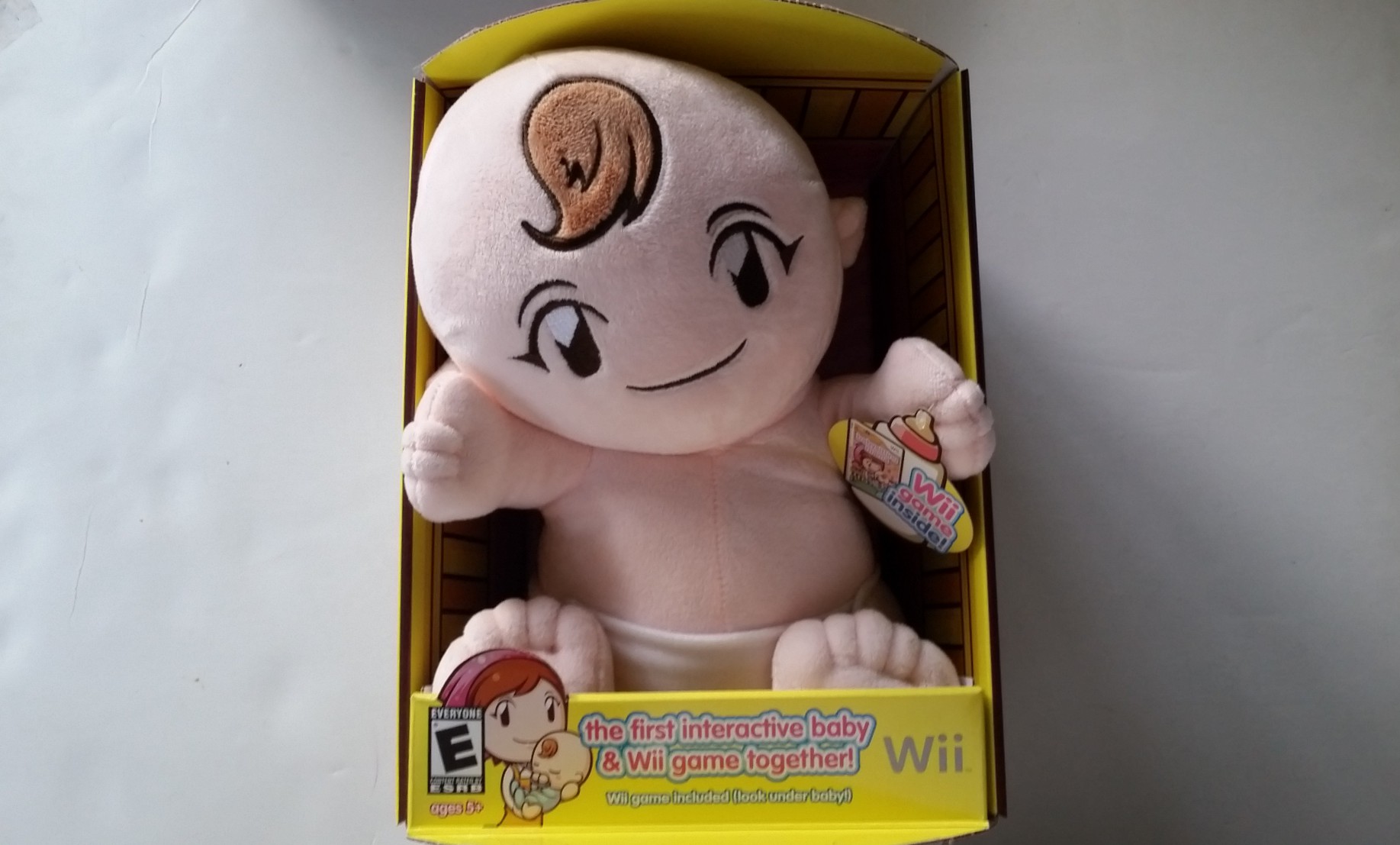 If there’s one thing Nintendo (and its innumerable fans) love, it’s bringing back classic franchises on newer platforms. Despite seeing all manner of sequels, remakes and the like, there are still some titles that get left in the dust. One that many have already forgotten is the “Mama” series of games. It all started with Cooking Mama on Nintendo DS back in 2006 and the game made perfect sense on Nintendo’s then-new style of handheld. With all manner of touch-focused minigames, players could really get a feel for what the DS was capable of from a gameplay perspective.

Since then, the world of Cooking Mama expanded onto 3DS, Wii and iOS before disappearing into the ether. Along the way a surprising amount of spin-offs also took shape. These included the likes of Gardening Mama, Crafting Mama, Camping Mama and perhaps the best known, Babysitting Mama. Babysitting Mama is unique primarily due to its choice of controller peripheral. All retail copies of the game came in a large cardboard crib containing the Wii disc alongside a large plush baby front and center. 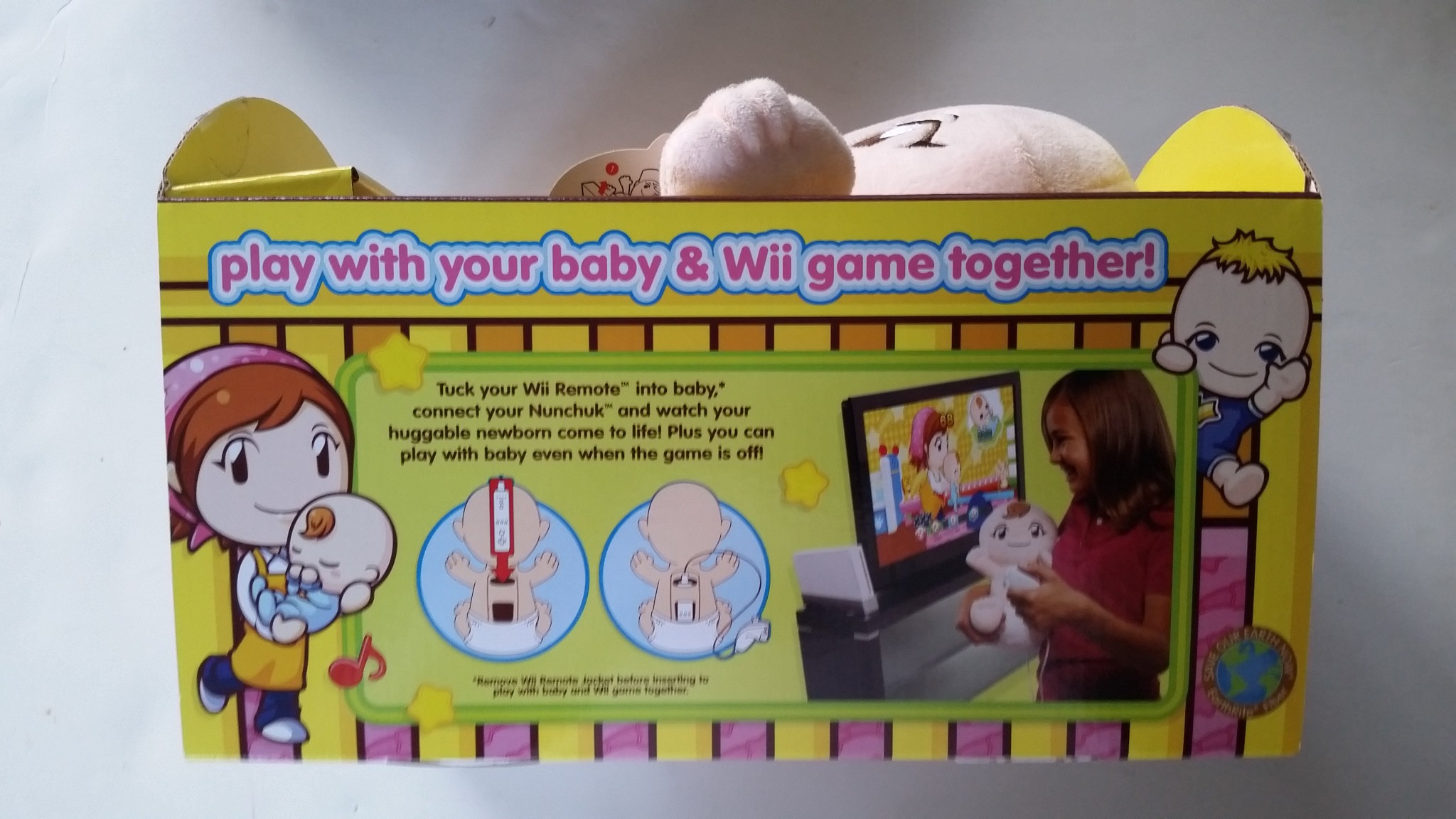 Due to an oversaturation of Mama games, not to mention the unwieldy baby, the game sat on shelves with its $50 price tag before being quickly discounted. Babysitting Mama stands out as one of the few (if not only) video games to come packed with a plush baby for any reason. Just checkout the tagline on the box: “The first interactive baby & Wii game together!” The design goal is clear — jazz up Wii Remote gameplay in a similar fashion to the Wii Zapper or Steering Wheel attachment. Except, instead of all that stuff, it’s a plush toy with a hole in the back where you’re supposed to stick the Wii Remote.

There are six different babies in the game with varying skin tones, but the only baby plush included with all copies of the game is blonde baby, Yuto. Once housed in its plush cave, players can interact with a collection of fifty different minigames in a strange new way. Examples of minigames include things like rocking the baby back and forth, entertaining or washing the child. It also includes fairly important messages such as chiding users who “shake” Yuto at any point during gameplay. 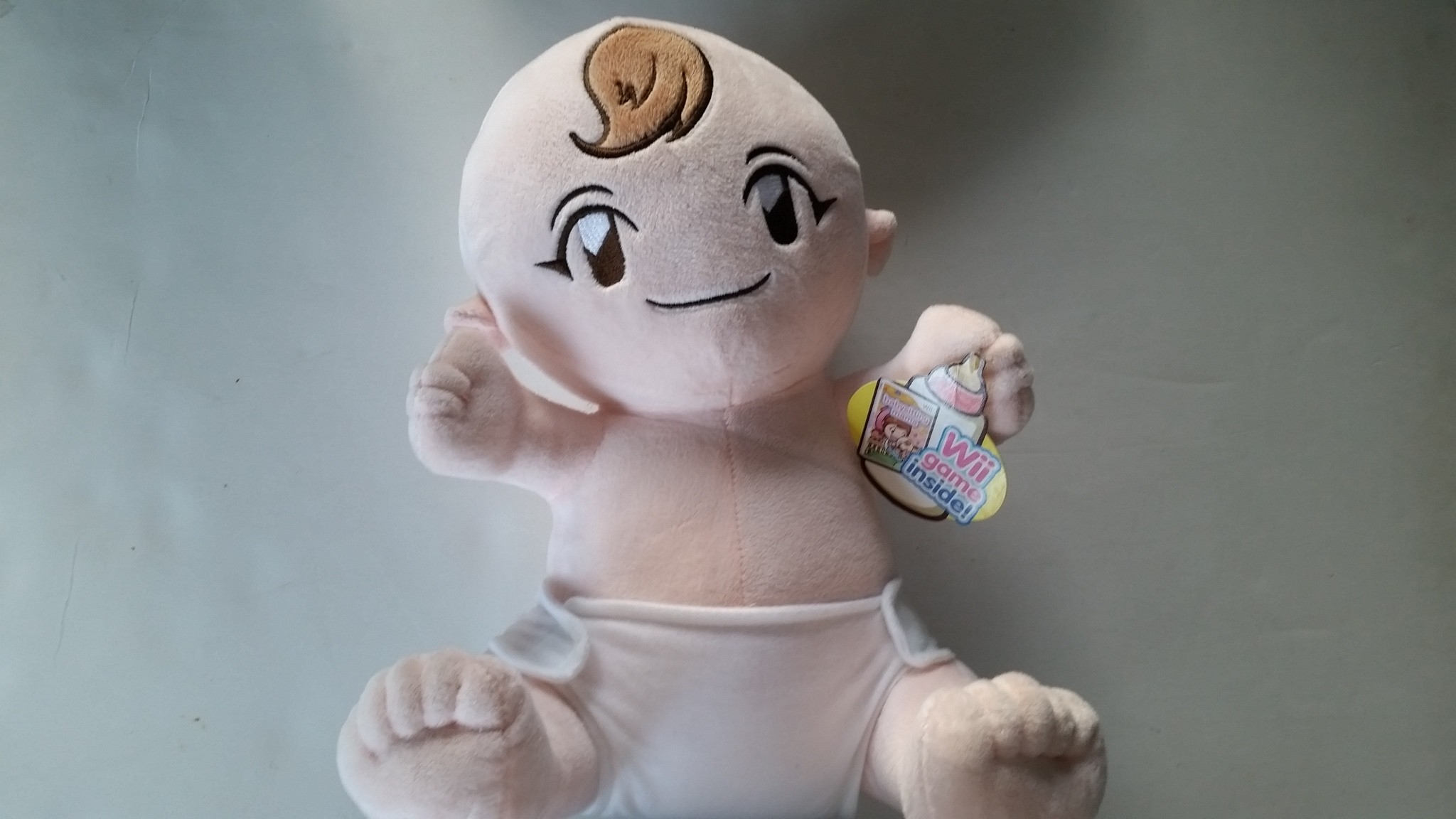 There is one neat bonus to the whole plush baby thing. Young gamers can easily opt to simply play with the toy by itself rather than needing to launch Babysitting Mama to get any enjoyment out of the peripheral. Unfortunately for collectors, Babysitting Mama takes up a surprising amount of room. The baby doll is over a foot tall and the box/cradle itself is also wide. Even so, it’s an odd piece which draws conversation from gamers and non gamers alike.

With how Nintendo has revisited series’ such as WarioWare lately, there may still be hope for another “Mama” game in the future. While the likes of Cooking Mama saw ample releases, however, it’s far less likely we’ll be seeing any of the spin-offs get similar treatment. Unless Nintendo decides to get really weird then it seems that Babysitting Mama will remain as a curiosity that spawned a truly unique controller peripheral in the Wii era.