Hardcore Gamer had the opportunity to go hands on with Minit at this year’s GDC and chat with one half of its development team: JW and Kitty. Jan Willem Nijman co-founded Dutch indie studio Vlambeer while Kitty Calis acted as a Producer on last year’s critically acclaimed Horizon: Zero Dawn and appeared on Forbes’ 30 Under 30 list in the game’s industry. In fact, the other half of the team, Jukio Kallio and Dominik Johann, are seasoned industry veterans as well, creating a bit of a super-group to work on this single game. Together they’ve achieved total creative ownership over Minit with the help of publisher Devolver Digital, and in under two weeks, this deceptively simple game by JW, Kitty, Jukio and Dom will show the world just how much joy and depth gamers can experience in a Minit.

Minit works on a relatively simple gameplay loop: upon waking up, the player has sixty seconds to achieve as much as they can before dying and starting over. This may seem wholly restrictive and even frustrating, but the developers have designed the game around being able to make progress with each loop. The player may pick up a cursed sword one minute (what could go wrong) and bring it with them into subsequent loops, or they could opt to keep a watering can handy to solve puzzles – once obtained, the two objects can be switched out at the player’s home base instead of backtracking to their original locations to obtain them again. Sword in hand, the player can take down enough enemies for an NPC to give them a necessary item, or just use it to cut down trees and find secrets by parsing through the environment. The ways in which the game progresses is various and almost always surprising. 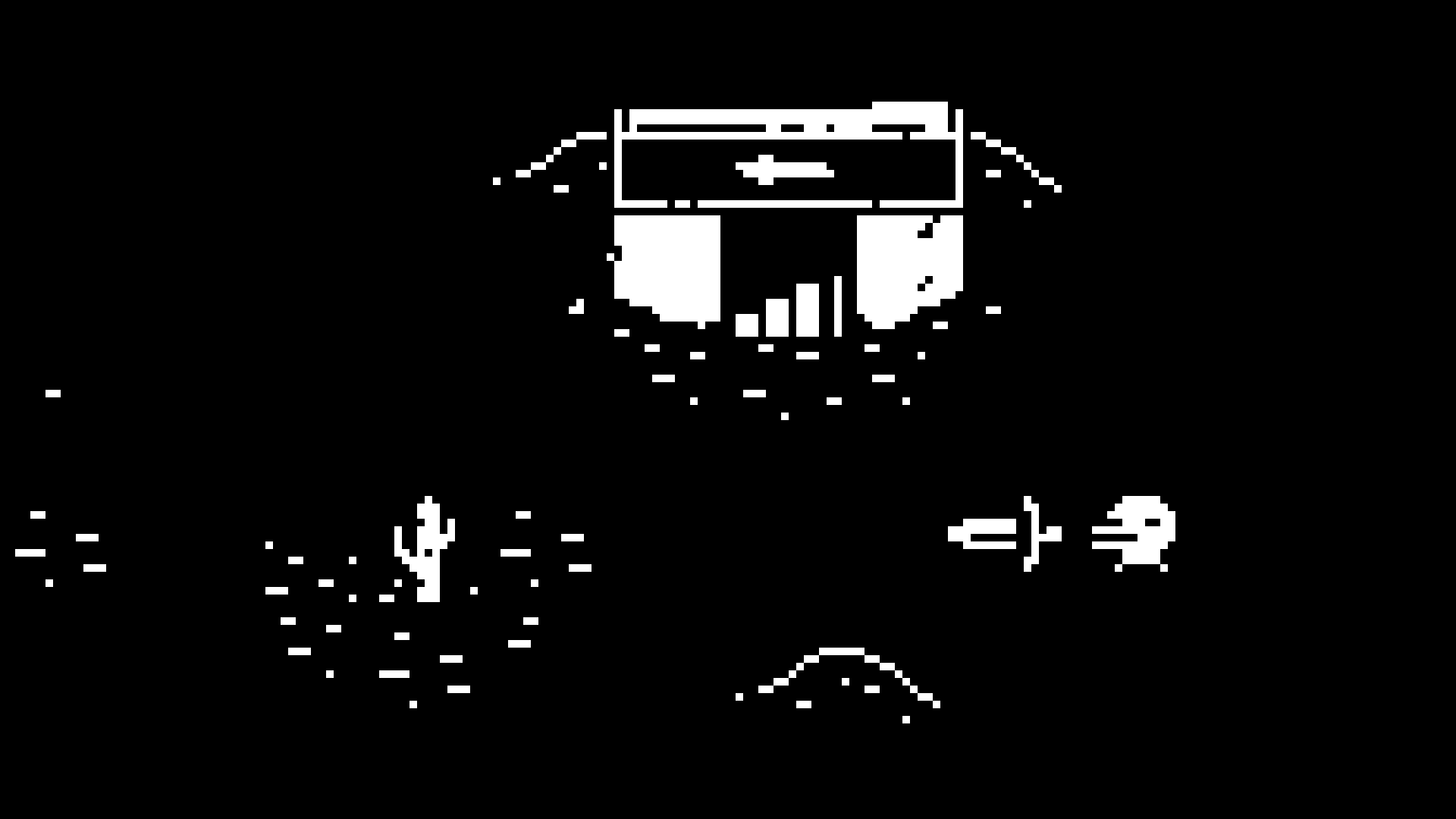 Every screen of Minit holds at least one secret, scratching an itch left by the original Legend of Zelda. Though it’s graphically simple, running on a simple square screen in black and white, its visuals charm and its environments are surprisingly interactive – use the watering can on a clothesline, and the socks will become dripping wet, use it on a person and they’ll become annoyed. Most every NPC the player comes into contact with has something ridiculous to say, whether it’s a beached fish that doesn’t want water, or an old man that speaks frustratingly slowly, the game oozes personality.

Though the gameplay loop necessitates already brief play sessions, the development team has designed each item, enemy, secret or otherwise to be reachable in just 40-seconds. After beating the initial game, a hardcore mode can be played that cuts down available gameplay time accordingly, adding far more challenge than a simple increase in difficulty. Though challenges are designed to radiate around the initial home base, once the player reaches other accommodations, they can spawn there during the next gameplay loop. Whether it be a beach shack or a broken-down trailer, this radiated design will begin again, allowing players to start their searches one shot at a time from a new location. It’s a design that’s both fresh and addicting, playable in short bursts or in a single drawn-out session. 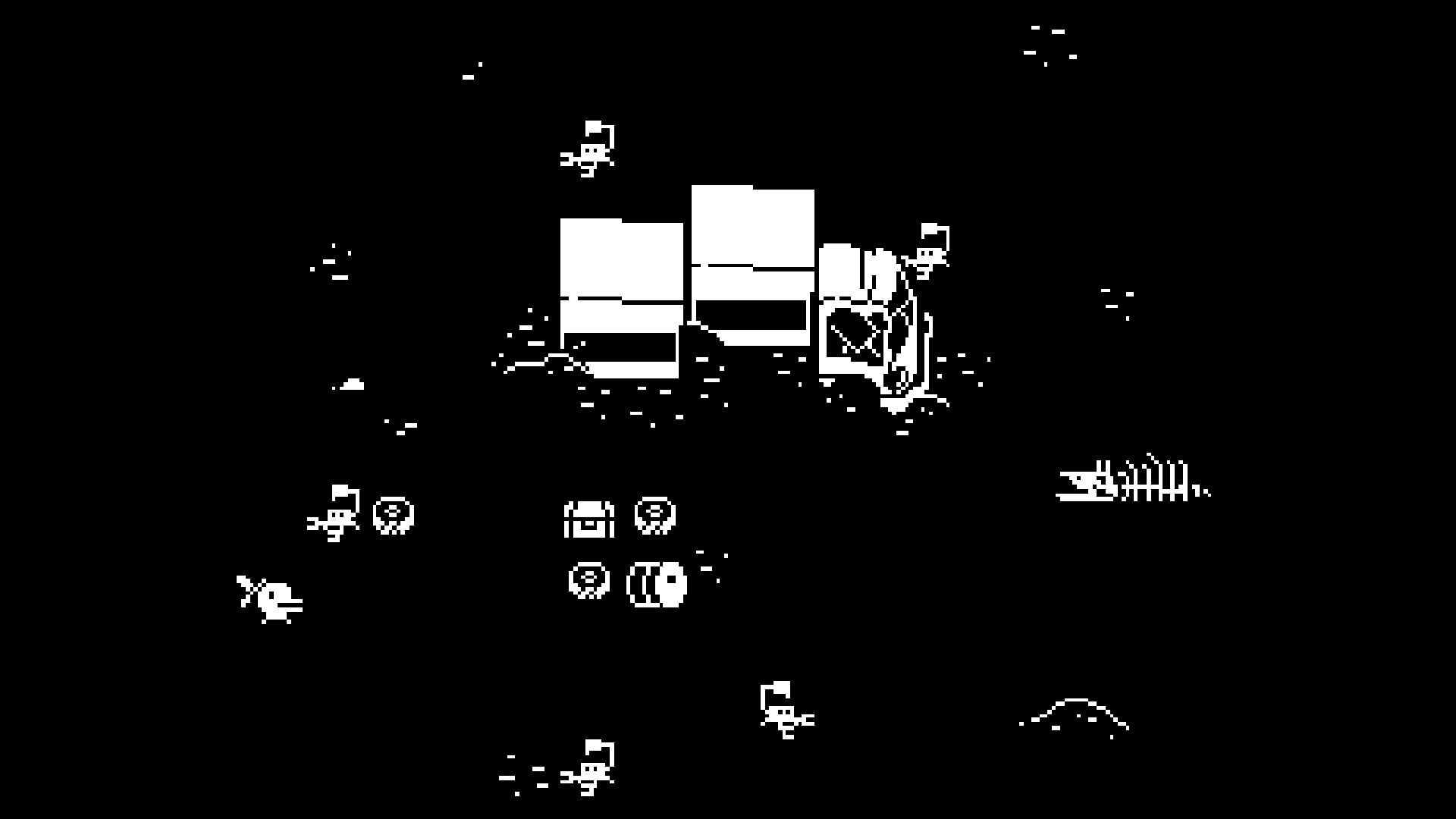 The developers believe it will take most people 2-3 hours to reach the end of Minit, but it’s possible to beat the game in just a handful of loops if the player is cunning enough. The game also has surprising longevity through its various secrets and collectables. The player initially starts with three hearts, but extras can help keep them alive when going up against considerable threats, and optional weapons and items prove to be wholly useful as well. Coins can be found throughout the game and can be used to purchase things like running shoes, which allow players to reach further lands and traverse vast and otherwise insurmountable deserts with ease.

Minit’s story is simple, and though it’s not the focus of the game, it’s a fun little tale filled with mysterious factories and bizarre quirks for any players willing to parse together exactly what’s going on in this strange world. NPCs and signs lay out a basic narrative blueprint, but the environment helps unfurl the underlying tale at hand. If players don’t care for its story, then it’s not a problem – they can barrel through the game with only the vaguest idea of what’s actually going on.

JW, Kitty, Jukio and Dom have managed to craft a shockingly deep little game in just over a year’s time. With all the experience under their belts, Minit is indicative of their creativity, skill and passion. The team is excited to have the game out in the wild and see player reactions unfold to this adventure, told one minute at a time. Minit is coming to the PlayStation 4, Xbox One and Steam on April 3, and will be worth every minute of your time.