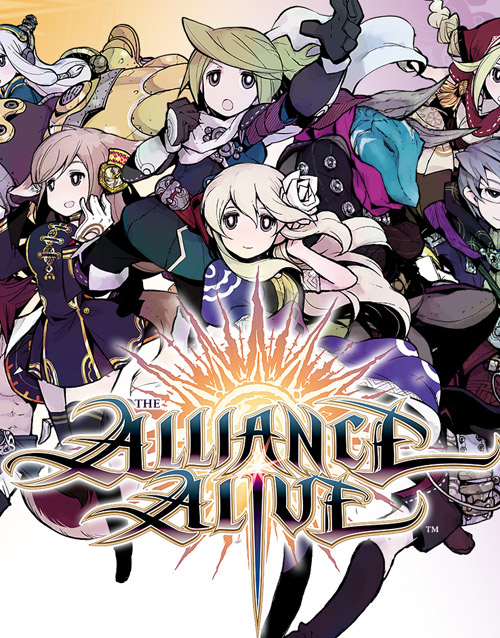 Although it’s easy to consider the 3DS is on its last legs, it’s still actively seeing support from both first and third parties, especially in the way of RPGs. The Alliance Alive is the spiritual successor to the previous 3DS title, The Legend of Legacy, which released back in 2015. While Legend of Legacy had some bumps along the way, the general goal of the Alliance Alive was to improve upon many complaints players had with its predecessor, while keeping general ideas and goals in tact by adding a more engaging story.

The story begins by explaining the history of the world. Many years ago, humanoid-like creatures known as daemons segregated the world into many parts, with barriers surrounding each one. This left humans unable to travel from where they made residence and clouded the sky seemingly forever. The beginning follows Galil and Azura, who are following a rumor of a painting that depicts the uncovered blue sky. Before long, however, the story switches and begins following another pair of characters and who they end up meeting along the way. The main cast swaps a few times during the beginning hours, slowly showing how this crew of misfits ends up meeting one another and increasing the party size over time in a well-paced story. This eventually leads to a good mixed group of characters, whose goals manage to combine in to trying to restore the world and discover why the daemons made it this way to begin with.

At first The Alliance Alive may appear as a traditional RPG, but has some very unique twists to its play style. There are no traditional level ups or experience for characters to gain, and the main stat increases will come from armor or weapons. Meanwhile the other stat increases such as HP, SP used for certain abilities and special attacks are all rewarded nearly at random. The only exception to this is that attack increases happen when using that certain attack, but there is no way to tell when the increase will occur. Given that the beginning won’t waste time shoving the characters’ faces into the mud if their HP is just a little too low, this leads to some very early grinding. There’s no key way to judge how everyone is progressing besides the occasional random stat increase but besides some very early on boss fights, it remains fairly balanced with an average amount of fighting enemies. 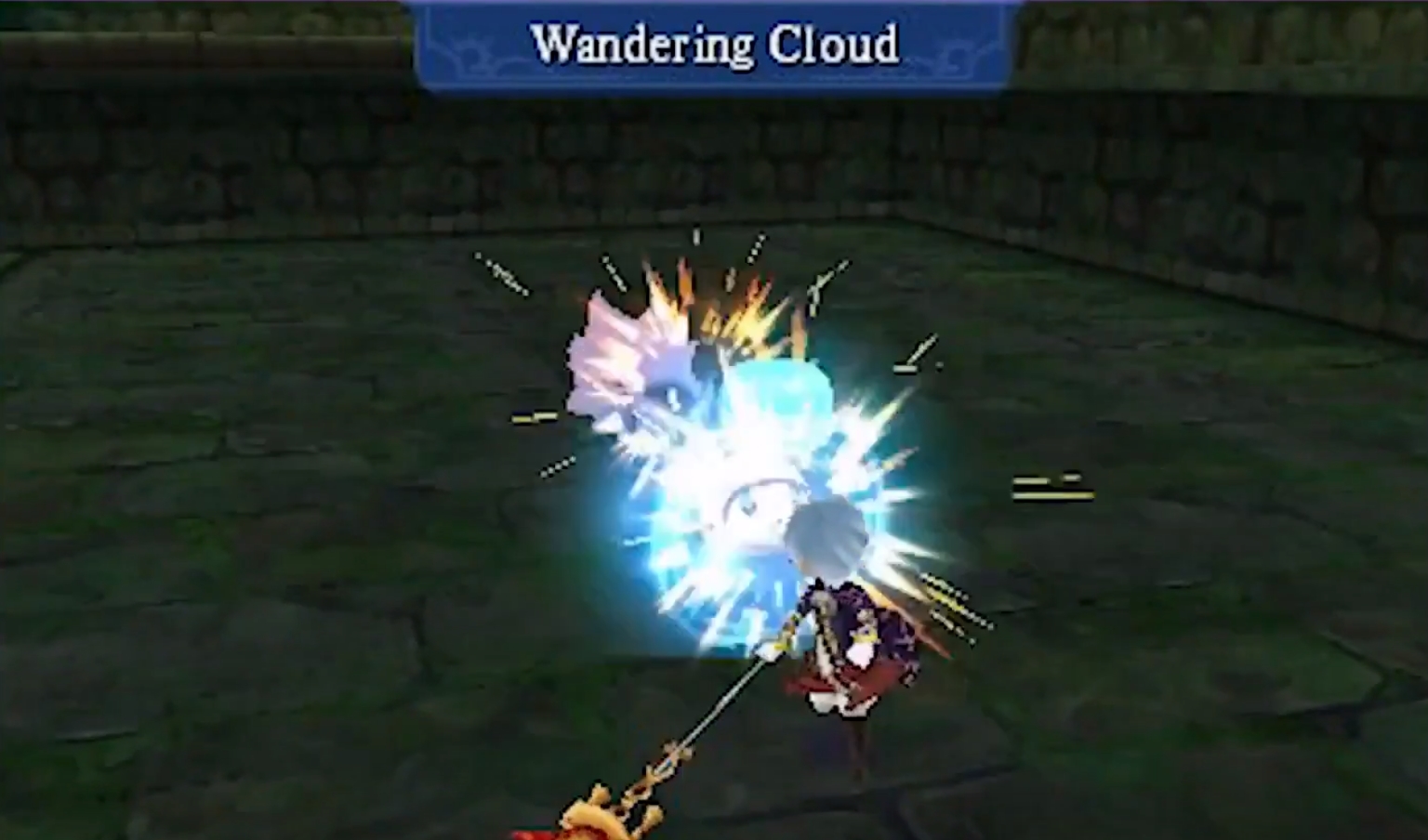 In actual combat each character can take on one of three positions; attack, defend or support. Attackers receive a strength boost, defenders get increased defense and support gains a bonus to their speed and healing. Almost every character is able to use all weapons types, with the exception of one who is restricted to gun-type weapons. This makes mixing a team up quite enjoyable, although some have a higher affinity with certain weapons than others. Enemies are all weak to certain types of attacks, such as slashing or stabbing, which is the main way to get a leg up on tougher opponents. Instead of learning spells through natural progression, they instead must be purchased for each character and also have an item with magic attributes equipped in order to use them in combat. Characters can also not freely use healing or food items while engaged in battle from the item pouch, and must have these healing items equipped as an accessory instead which ends up taking up a spot that could otherwise be used for stat increases. For the most part, however, this is only necessary if no party member knows a healing spell or wishes to use a different special item.

While exploring the world and various islands, various towers will appear along the way. Once inside, these towers will aid in battles with information on enemies or attack opponents if the characters are within range. Once free roaming the entire world has been unlocked, certain areas also gain the ability to build additional towers to help when traveling in that zone. Talking to the right npcs can allow them to be recruited and then aid one of the many towers, thus improving their overall capabilities and available wares to sell. The amount of towers that can be built is limited to how many special NPCs a character recruits, so they will have to think wisely about where to put each one in order to best suit their needs. 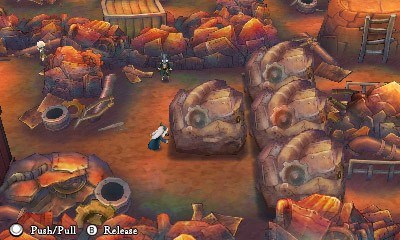 One of the biggest issues early on is the lack of explanations. There are little to no tutorials to ease players in to combat, and instead they must seek out all the information in menus with a small question mark in the bottom corner to even begin to explain how things work. Puzzles are uninspired, with the characters often spelling out how to complete them or occasional NPCs offering to solve them. None of the wide cast of characters are particularly interesting, and it’s hard to get invested in what they’re doing when they’re so flat personality-wise. The player does at least have the choice of changing their name at any time if they want an extra level of immersion, but this is an easily overlooked feature.

If there’s one particularly wonderful thing to speak of on The Alliance Alive, it’s the soundtrack. Each piece captures the area characters are in, and don’t get repetitive while listening but instead are fun to stop and listen to. While there won’t always be battle specific music, as it usually just borrows from the area the characters are in, when it does kick on it’s an incredibly great piece. There are a couple areas which have weird sounds in the background, but are exceptions to the otherwise great soundtrack. The visuals look great on 3ds, with each town location feeling lively with people and outside areas fairly enjoyable to explore. While it doesn’t take full advantage of the 3D functionality, some areas do use it such as zoomed out towns and status screens. The character designs are also nice to look at, with the exception of individual faces. Sullen looking eyes makes them appear unenthusiastic throughout the entire story, and lack of any sort of voices makes even the most dramatic animated cutscenes feel empty. 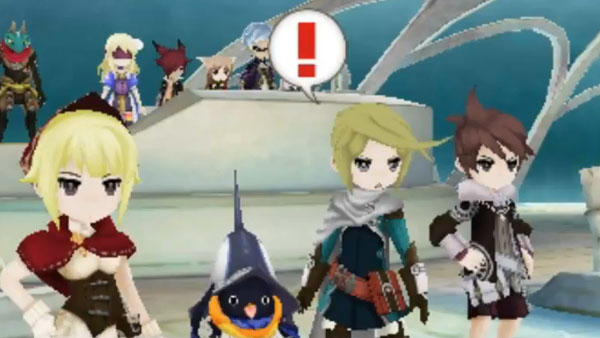 While it may not stand out as an individual title, The Alliance Alive gets by with somewhat unique ideas and a memorable soundtrack. The varied cast doesn’t leave much impression and the combat gets too easy late-game with minimal grinding which makes it a chore more than anything. There are some great ideas here that fail to work together in a way that makes for an overall fun time. Those looking for a different kind of RPG might find it interesting, but it lacks anything to make it stand out as something remarkable among the wide amount of varied RPGs for 3DS.