Video games — the popular ones — can be explosive. Whether literal or metaphorical, games can pack more than a few punches during a playthrough. They are loud, bombastic, eye-catching and action packed and Burnout Paradise Remastered fits into this category perfectly. From the sound of each engine to the unending jukebox that not only has the OG soundtrack, but the rest of Criterion’s collection of tunes fitting perfectly in place. Burnout Paradise is meant to be in your face, surrounding the player in a cacophony of speed, sound and ripping metal, which is why it’s a great example for a safe space in mayhem.

Most games with action have players gunning [insert enemy here], paired with epic scenes meant to take the players breath away, only to fumble at the last minute during a button prompt, barely catching it in time. Enter Burnout Paradise Remastered, a game from ten years back kicking the modern digital door in to say “hey, remember when racers were edge of the seat gripping?” Burnout Paradise doesn’t have guns, just cars and enough open road to burn the rubber down on more than a few tires. It’s a reminder of when racers weren’t going for realism, so much as putting out some of the best crashes seen in gaming. This can be seen in two other titles from around the same time RalliSport Challenge and RalliSport Challenge 2. Both games obviously were going for a more realistic approach to racing, but even then, the crashes remained a spectacle, something to watch during replays. 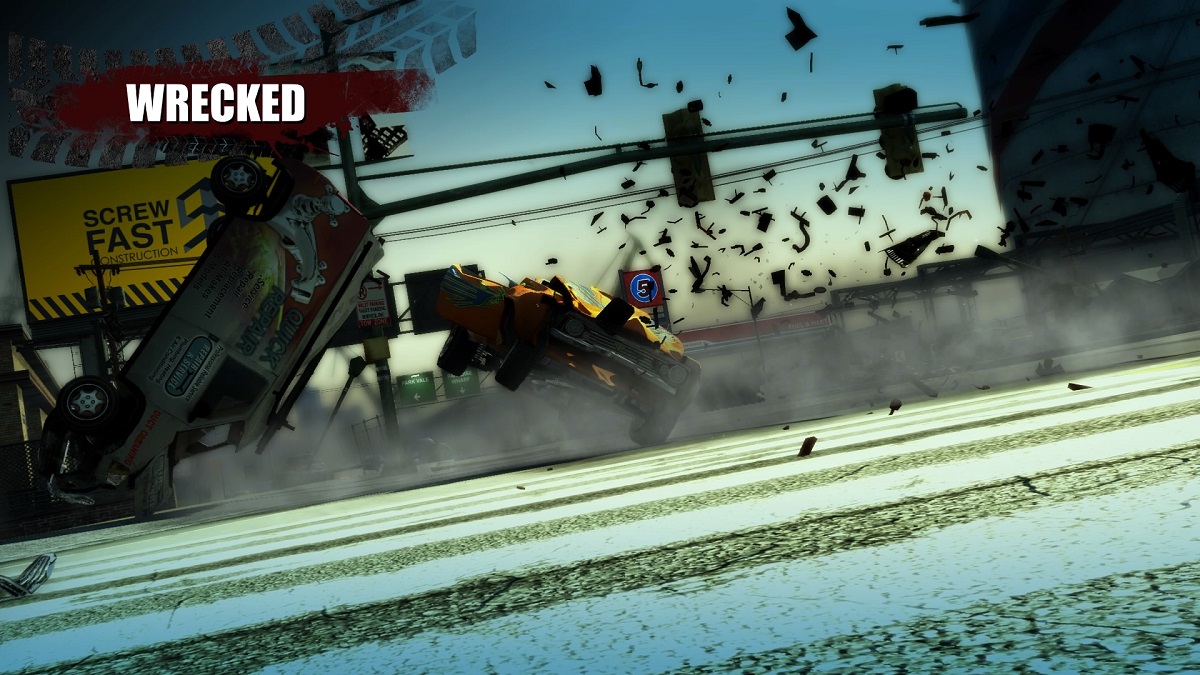 No matter the crash, it always looks good.

While racers have only gotten more realistic, they’ve left a certain feeling in the rearview mirror, and sometimes, players just want to smash the hell out of beautiful fast cars; especially when the graphics make the crunching metal look that gorgeous. It’s freeing to know that all Burnout Paradise wants from the player is to go fast and break apart, being set and ready to go again in a second’s time. Where crashes can be considered frustrating in other racers Burnout is saying see what happens, you’re going the speed of lightening, fingers crossed your reflexes are quick enough, if not; at least there’s gorgeous destruction for the viewing pleasure. 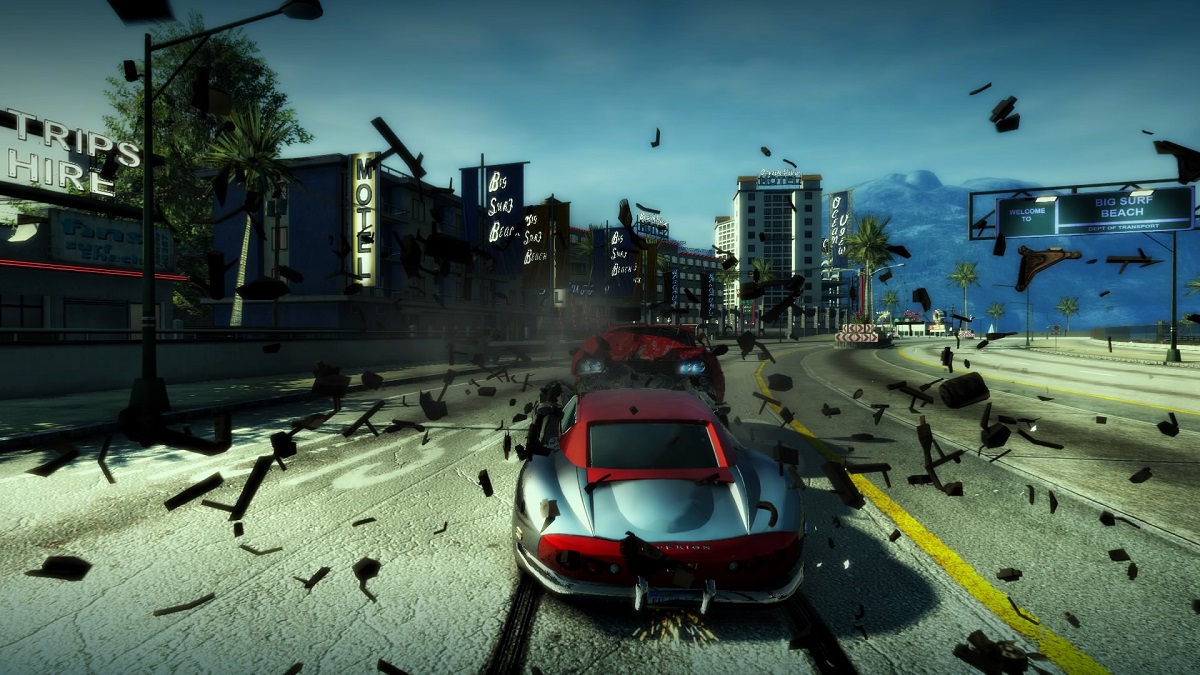 No one was injured during this head on collusion, because no one was driving.

Being reminded that not all games have to be serious — especially of the AAA a variety — is refreshing. Big Budget video games seem to only have gotten more serious as hardware advancements have been made. The time of games being partially ridiculous due to limitations has passed, and with it, something that made games special in a certain way that other media couldn’t and still can’t touch. Games were goofy because it’s all they could do with what they had. It didn’t mean developers weren’t putting out the best work they could, just that they were working with what they had. In a way, Burnout Paradise Remastered is a lesson from the past with unexpected teachings. 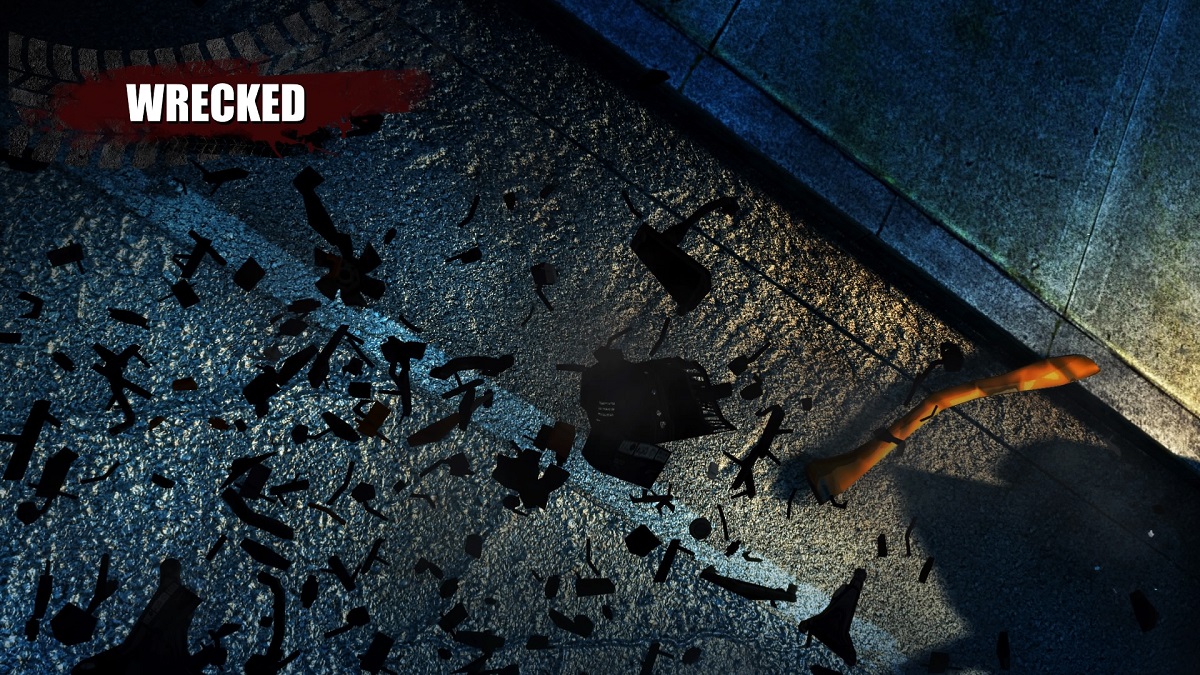 Smeared out of frame.

As for a recent example that takes this mayhem to heart, that would fall to a game like Rocket League. Rocket League excels at setting the player loose on a chaotic path that is sure to be satisfying as is fun. Unfortunately Rocket League is also cartoonish in a way that is baked into the aesthetic, which works, but let’s get a modern slick looking racer meant to tear through the streets as much as the cars tear apart. And just like a Rocket League or Burnout Paradise, leave the drivers in the garage, having the player avatar strictly glued to the car means less consequence and certain players maybe feeling weird with human avatars behind the wheel. When it’s just metal, rubber and gas the player is free to cause as much mayhem possible to their hearts content.

Here’s to you Burnout Paradise Remastered for showing 2018 that an old dog still has tricks and a thing or two to teach. For being a bold unexpected game to come tearing through the hearts of fans old and new everywhere. Burnout Paradise, you’re a racer from a different time, yet you fit right in. A memory that is crystal clear of nights spent from past finding the choicest jumps, competing against friends and the most gorgeous twisting of metal memory can serve (speaking of twisted metal…) Burnout Paradise, thank you for reminding us what racers can be: pure adrenaline-fueled fun.