Techland’s zombie survival game continues to astound nearly three years after launch. Dying Light, which graced PS4, Xbox One and PC back in 2015, continues to draw millions of players to the infected streets of Harran. While fans have been requesting a sequel for some time now, they’ve also been vocal about seeing some form of Battle Royale mode. While we may have to wait a little while longer for a proper sequel, Techland is prepared to offer players a Battle Royale experience.

Dying Light: Bad Blood aims to scratch that Battle Royale itch. Bad Blood drops six players into a small section of Harran with two objectives: survive and collect blood samples. A helicopter will only return once a player accumulates enough blood samples and there’s only one seat available. As such, it becomes a mad dash to collect the samples, level up and survive.

After landing unceremoniously in a pile of trash, players are set loose to scavenge weapons, upgrades and medkits that will help them survive long enough to collect enough blood samples. In Bad Blood, zombies have congregated together to form Zombie Hives, which are always led by a hulking boss. While every zombie drops blood samples, it’s the boss creatures that are going to drop the most, so be prepared for the fight of your life. 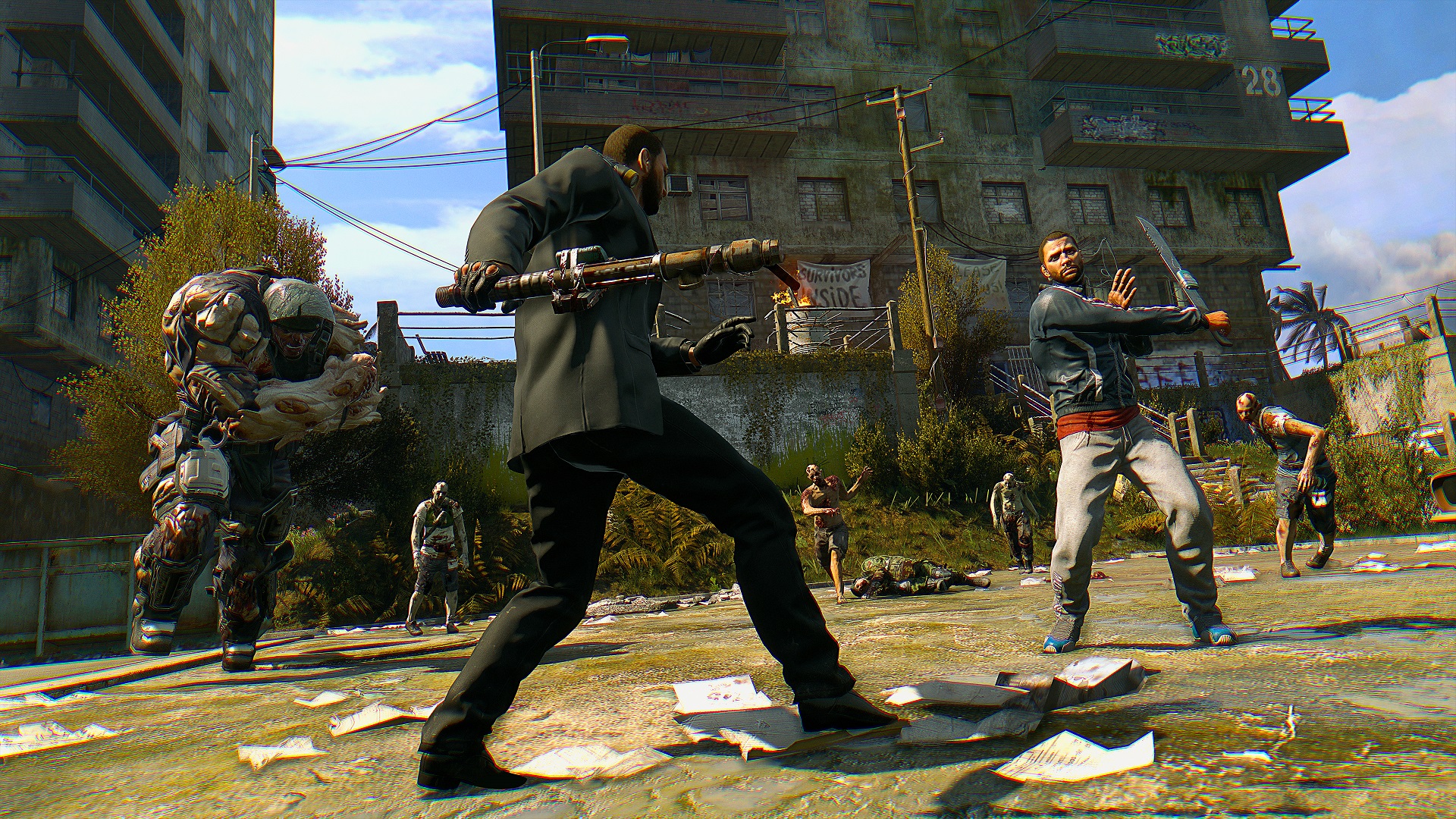 A total of 1500 blood samples are required to trigger extraction, but they also serve another purpose. The more samples you collect, the higher you level up, which increases your health, strength, and stamina. Of course, you’ll lose it all if a zombie or player manages to kill you. PvP is at its most intense during extraction as surviving players make a last-ditch attempt to kill the top player and claim the blood samples and the only seat on the helicopter.

While Techland is pushing Bad Blood as a Battle Royale game, it ends up feeling more like an expanded Free-For-All mode. With only six human players and a tiny map, Bad Blood lacks the massive battles that define the genre. There are, however, advantages to going the smaller route. Smaller maps mean more engagement and fewer players means matches don’t take as long. In twenty minutes, we were able to play two full matches of Bad Blood, something that isn’t possible in a 100-player game of Fortnite. 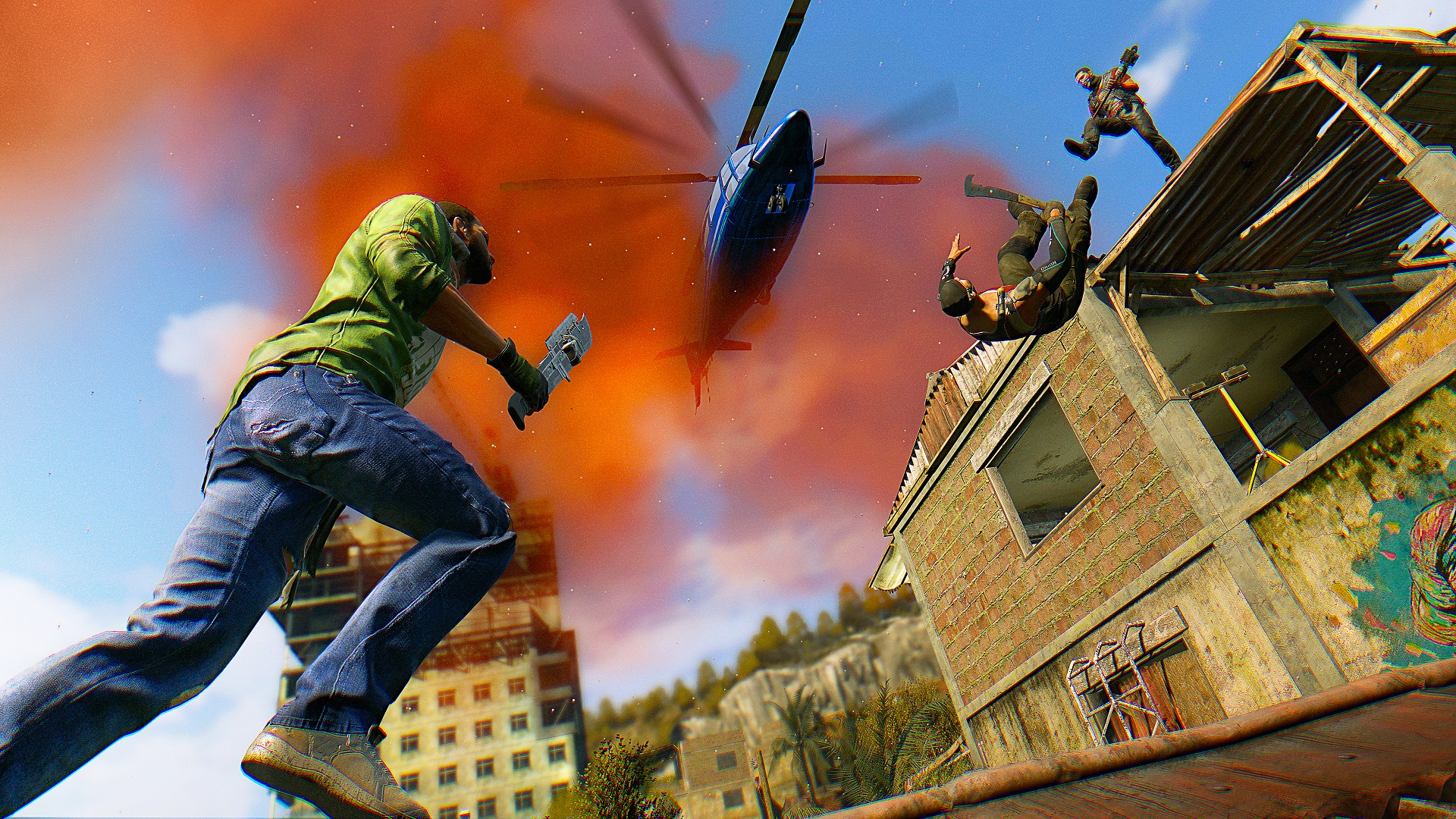 Everything that made Dying Light such a treat three years ago returns. The melee weapons and crafting materials that allowed players to create zany weapon combinations are available to be scavenged. The first-person parkour that made zipping around the rooftops of Harran remains intact. This also means that many of the original game’s imperfections also return. If you ever found the melee combat to be clunky or the control layout to be unintuitive, then Bad Blood likely isn’t going to change your mind.

Dying Light: Bad Blood appears to have a balancing issue when it comes to firearms. While the overarching presence of melee weapons and zombie bosses create much of the game’s tension, firearms ruin it. They’re too powerful and appear always to give the lucky player who finds one an automatic victory. There isn’t much a defending player can do with a knife when an enemy is twenty feet away with an assault rifle. It ruins the match when someone goes through the work of collecting all 1500 blood samples and then is mowed down by a player who luckily found any firearm. 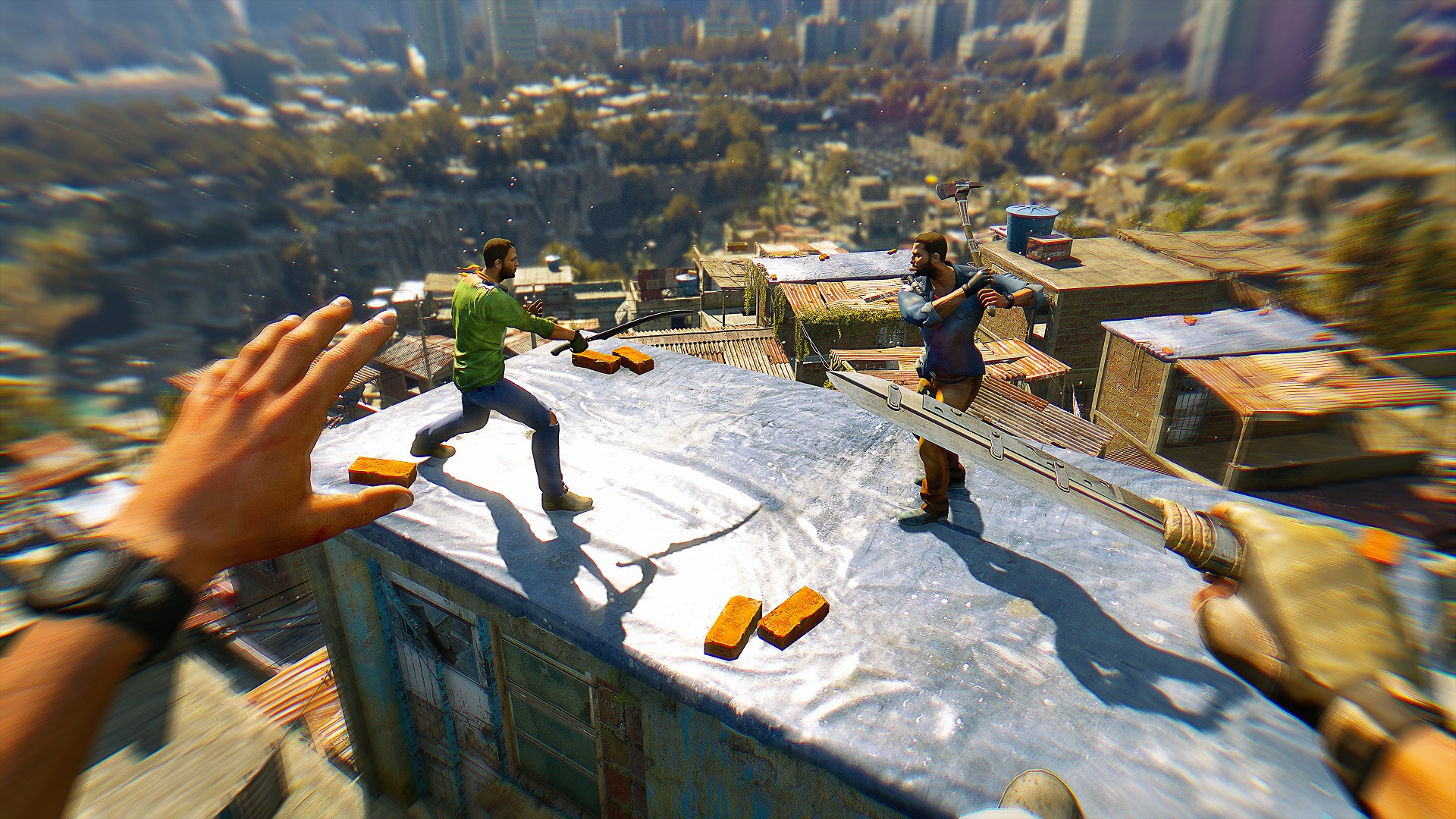 Dying Light: Bad Blood is shaping up to be a fun PvP extension of the original game. The core that made the game such a delight back in 2015 remains and is buoyed by tension-filled matches between six survivors. Issues that popped up in the original game are still here, and balancing is a bit off, but hopefully, Techland can address these issues before launch. We yet don’t know how many maps Bad Blood will launch with or if there are any other objectives besides collecting blood samples, but what’s been shown so far is intriguing and fun.

Dying Light: Bad Blood is out in 2018 as a standalone release on PS4, Xbox One and PC.