The recent Tomb Raider movie has been out for a couple of weeks now and unfortunately isn’t the long-awaited redemption of video game movies gamers have been hoping for. The film has been received as nothing more or less than an average cinematic experience. It isn’t bad, but there’s nothing particularly great about it, either. While it isn’t the film that will send Hollywood scrambling to see which video games will make the best movies, it is the film that proves video games can make for decent source material. The are still plenty of movies based on video games coming in the future and they could all stand to learn a couple of things from what might just be the best video game-based film to date, as average and flawed as it is.

Tomb Raider doesn’t do a whole lot to stand out from the crowd, but it does have a few qualities worth praising. The first is Lara Croft herself. Alicia Vikander probably won’t win any awards for her performance in this movie, but she is absolutely believable as the young tomb raider. Her version of the character has all of the confidence, recklessness, competence and intelligence one would expect of an exceptional young person who has only just entered the dangerous world of gun toting mercenaries and long lost treasures. The source of her abilities is shown to the audience, and her motivations for doing are clearly established (mostly). The character of Lara is the strongest part of this movie and does a lot to keep it afloat. Beyond her, the film also sports interesting locations and at least a couple of cool visual sequences to keep audiences invested. The inspiration from the 2013 Tomb Raider reboot is also made clear from time to time. Lara’s main outfit is a dead ringer for the one in the game, the  “I’m not that kind of Croft” line is used a couple of times and her now signature climbing axe even makes an appearance. There are also two tense sequences that were more or less taken straight from the game.  The film has received some knocks for doing this, but they were incorporated in such a way that they made sense to the established setting and story. 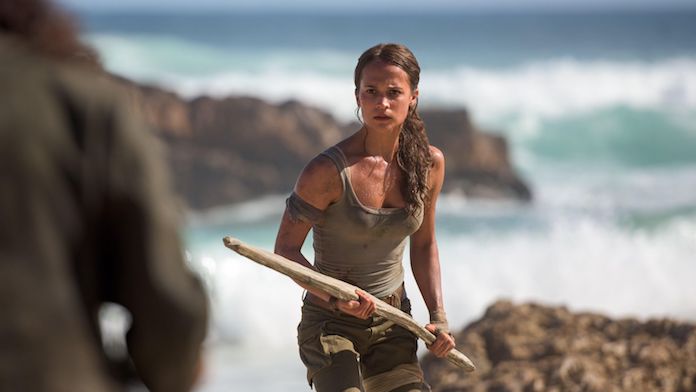 Tomb Raider wouldn’t be getting middling reviews if it did everything right though, and indeed it does have a few glaring issues that cannot be ignored. The movie’s pacing is chief among these. It’s a two-hour film, but it has the pacing of a movie half that length. Rather than use its first half-hour or so to fully establish Lara and the characters who will be important throughout the rest of the movie, Tomb Raider instead spends all this time on either defining Lara or introducing things that ultimately don’t matter. Lara’s character benefits from this, but not as much as she could have. Everything else might as well have been thrown away. There’s a bicycle chase in the beginning that exists solely to land Lara in a police station so that she can exposit on why she’s eking-out a living rather than accepting the inheritance left to her by her presumed-dead father. That bicycle sequence took up at least fifteen minutes, time that could have been spent either better defining Lara or introducing one of the movies other important characters. Even after Lara gets to the lost island of Yamatai, the pacing problems continue to persist. Decisions are made way too quickly, proper time isn’t afforded to what should be surprising or at least emotional developments, and the film’s villains make forcibly rash choice in order to make more generically evil. Speaking of villains, they’re probably the biggest problem in this movie after the lighting-fast pacing.

Matthias Vogel could have been a half-way decent antagonist if he’d actually been given the chance. He actually shows promise in his first meeting with Lara. He has an air of being somewhat sympathetic while also being very dangerous; the kind of person who seems alright at first, but something about their tone and word choice puts those around them on edge. He doesn’t outright interrogate Lara, but is obviously probing her for information. He’s dangerous, but also has an air of an intelligent person who’s more interested in finally leaving Yamatai and going home to his wife and two daughters than he is in whatever his employer plans on doing with the treasure he’s been sent to uncover. Unfortunately, it’s all down hill from there. Matthias is almost immediately turned into the same homicidal and half-crazed villain movie viewers have been seeing for decades. All his intelligence, motivation and threatening aura go right out the window the moment Lara steps out into his camp. It was a real waste of someone who could have presented Lara with a real challenge to overcome. 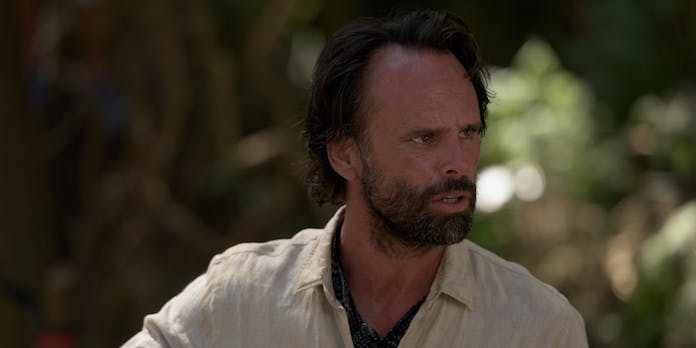 Aside from Lara as a character, some cool locations, a couple of interesting visuals and at least one decent twist, Tomb Raider isn’t that great of a movie. It isn’t bad either, though, and that’s because it does something few, if any, video game-based movies have done before: actually attempted to adapt a video game for the silver screen. This movie is based on the 2013 Tomb Raider game and it shows. Contrary to what most reviews say though, this is a good thing. Taking story, characters, lines and scenes from one’s source material and bringing them to life onscreen is exactly what a film adaptation is supposed to do. It’s supposed to take them, rework them into something that makes sense as a movie and then present for a new audience to enjoy.

Lara’s costume, attitude, equipment and capabilities are all present in a mostly believable form, as are the game’s plot, location, villain, survival and out-of-control sliding sequences. This is Tomb Raider (2013) in film form. The only reason it’s not succeeding is that it just wasn’t developed enough to deal with the issues mentioned above. This is what the video game movies of the future need to do: adapt their games as if they were adapting books. If they do that and give their adaptation proper development, then perhaps gamers will at long last get the video game movie they’ve been waiting for.