Every saga must come to an end and the upcoming third entry will set The Banner Saga ablaze as it sails to Valhalla. The Banner Saga 3 is a direct continuation of the previous entry. Over the previous two entries of this viking inspired series, humans and Varls have been battling an army of Dredge and things aren’t progressing quite as well as they would have liked. This is further complicated as some mysterious force known as the Darkness is enveloping the land, twisting and corrupting everything within. Bolverk’s Ravens have teamed up with Iver’s Caravan, which the demo indicates this isn’t exactly the best of friends traveling together. During the portion that was shown in the demo, the two factions always came to blows against each other. Nevertheless, the warriors venture forward to put an end to the Darkness.

The turn-based combat in The Banner Saga 3 has a certain sense of urgency to it. There is a counter keeping track of the turns in battle and should it happen to reach zero before all the Dredge is defeated, the second wave will arrive without giving the player any time to prep for their arrival. Upon eliminating a wave of enemies the player will be given an option to retreat if they simply want to keep progressing the story or they will have the option to continue fighting the next wave of Dredge for an increased reward at the battle’s conclusion. 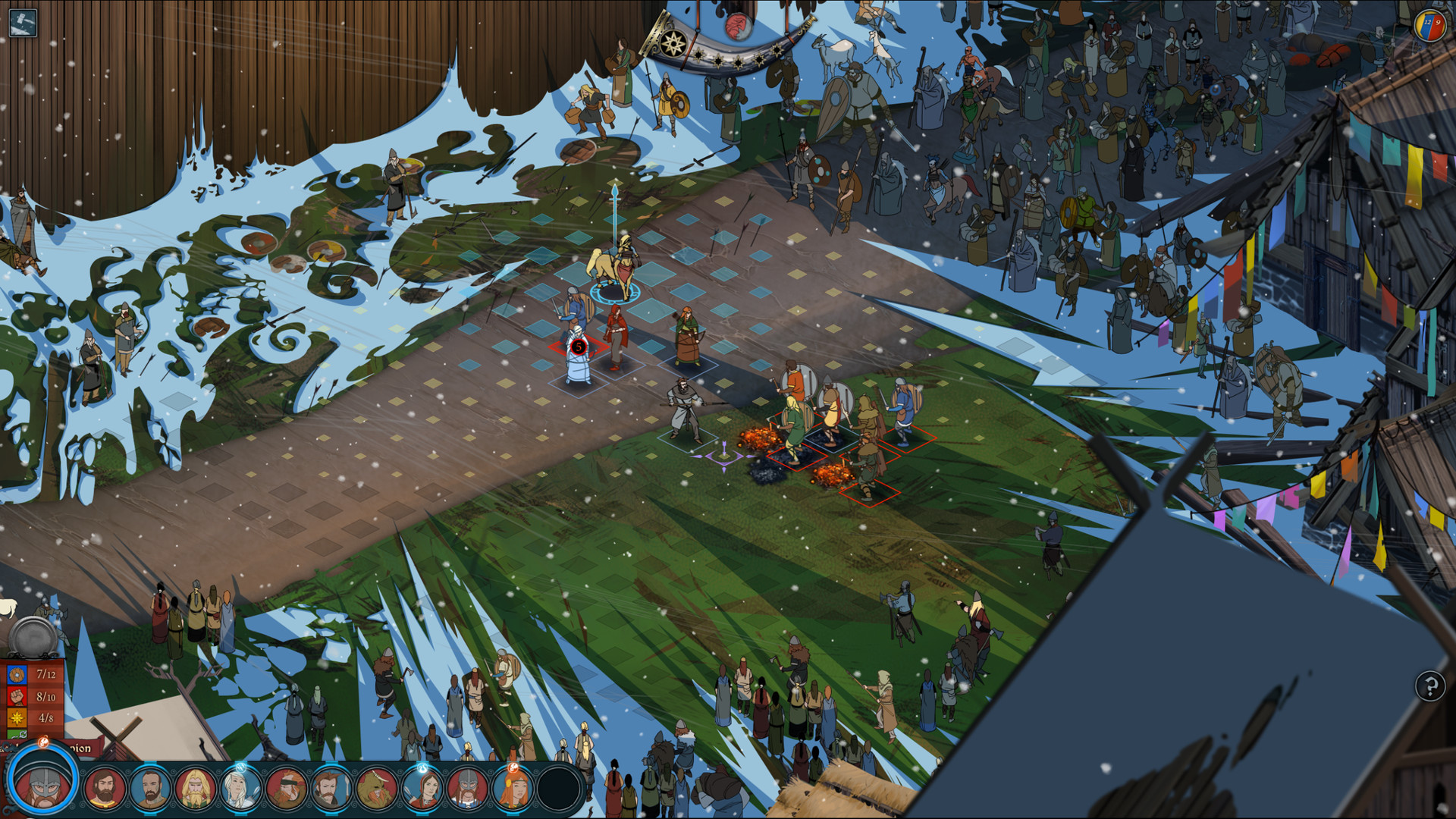 There are over forty playable heroes, and there are some unique new additions to the party. Juno is playable for the first time, and she is cursed with the ability where she doesn’t necessarily die if she falls in combat. She is able to enter an ethereal state, and travel across the board collecting power ups that aren’t available in the corporeal world. The catch to this is she has to return to her body before the battle ends. Players will also have the option to play as Bulwark the Dredge, who will not be powered down when he joins the player’s party which is great because there is nothing worse than gaining a powerful adversary as an ally and having their power level scaled down. Because this is the final showdown, characters that reach a certain level will be awarded with the option to choose a unique title, such as Bloodletter, Monster Killer or The Hopeful. Adding The Hopeful as a title to a brutally power warrior sounds ridiculous, which is exactly what this writer intends to do. Once a title is given to a character no other character may claim it, and in addition to being a cool name certain attributes come with certain titles.

The Banner Saga series has always had player choices impact the game, and as a continuation of the story told by the previous entries there are several different ways the game plays out. Choices made in the earlier games that determine character relationships and whether or not certain characters survive all carry over to The Banner Saga 3 if a save file is imported, which accounts for all possible outcomes and variables that players could have encountered in previous titles. The approach to variable storytelling will continue with this ending, leading to a multitude of possible endings that show the choices that player makes actually matters as opposed to having all branching paths lead to the same destination. In this entry, no hero is immune from death. 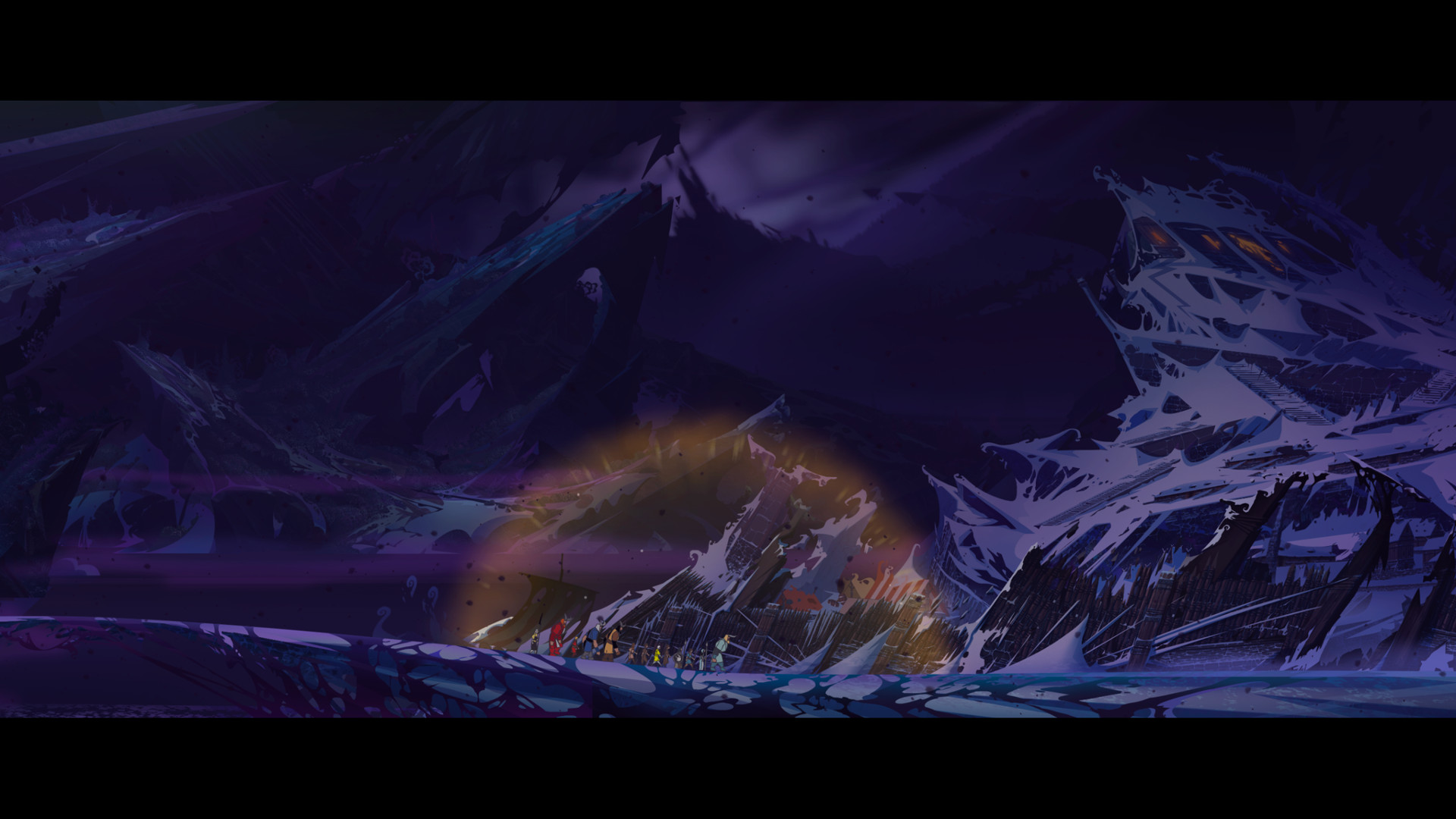 The Last Stand against the Dredge will take place at Arberrang. This is the stage of the game where the caravan’s journeying comes to an end and they must fight the Dredge to the very end. This is where all the decisions the player makes during the game will come to a head as the Dredge will try to lay waste to everything the player has been fighting to protect. During this battle the landscape of the city will be visibly changed as the fate of the world is decided. The Darkness may be dispatched, every hero may perish or any number of outcomes that lie in between either extreme are possible. The Banner Saga 3 is expected to be out this summer for PlayStation 4, Switch, PC and Xbox One.