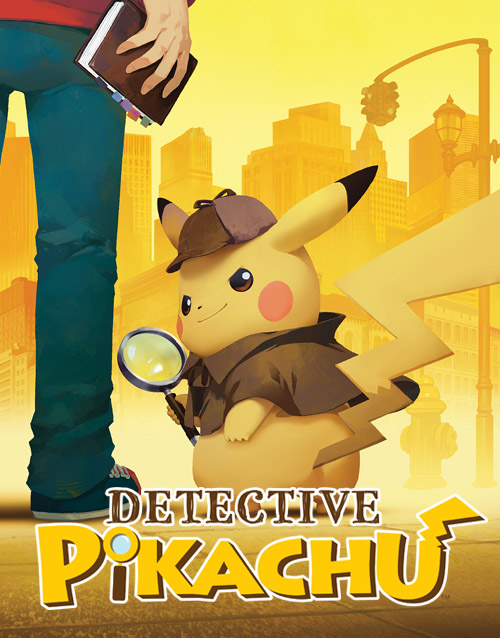 It’s been over two years since Detective Pikachu was first revealed to the world, more specifically for its Japanese audience. At the time there were no plans for localization and the version Japan got was considered incomplete. After a long wait it’s finally here delivering to fans the deep-voiced Pikachu everyone was waiting for. There are mysterious crimes going on in the city and it seems this time Pikachu is the only one who can put all the pieces together with a bolt of brilliance.

Things begin with Pikachu having a dream of his past, remembering a car crash he was apparently involved with. Although he has no memory before waking up after the crash, he’s on the case to discover where is partner Harry disappeared to. Fortunately for him, he runs into the son of Harry by the name of Tim who is also on the search for his missing father. As it turns out, Tim is the only one capable of understanding Pikachu’s human speech despite not understanding what other Pokémon can say. The two then decide their best way forward is to work together in order to investigate both with Pokémon and humans to discover the truth behind what Harry was investigating and where exactly he disappeared to.

Detective Pikachu plays exactly like one might think for an investigative title. Tim and Pikachu roam through a given area looking for clues and talking to anyone, human or Pokémon alike, who might have insight into the current investigation. Anything found is recorded in the case list to check at any time, and after enough information has been gathered, Tim is able to connect the dots in the case notes with Pikachu’s assistance. During the times when freely investigating, Pikachu will call to Tim which initiates a short scene known as a Pika Prompt. Sometimes these are informative, giving Tim some ideas on where to look next, and other times simply include Pikachu doing something funny or having a cute moment with one of the other nearby Pokémon. Anyone unfamiliar with the long-running series can easily enjoy being a sleuth too, as most puzzles requiring familiarity with Pokémon have easy access to information on them within the area. 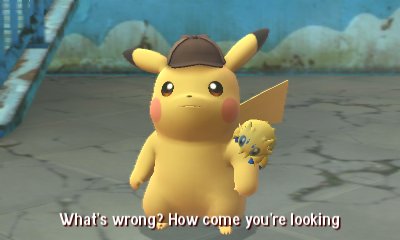 There are a grand total of nine cases in Detective Pikachu, making it a bit on the short side but with a lot of creativity put into it. Aside from talking to people there will occasionally be quick time events that require simply button presses at the right time to proceed. These aren’t terribly difficult, usually allowing a good amount of time before the button needs to be pressed, but do mix up the gameplay here and there. While most of the puzzles are straight forward, there are a few instances of clever environment puzzles that are fun to figure out and it would have been nice if these were more frequent. Despite it having an emphasis on easier gameplay, there are a few dark themes in Detective Pikachu that make for a great story anyone can truly enjoy.

Seeing a truly modern setting without an emphasis on Pokémon battles is a first for the series and a brand new take on what fans know. Instead of a world with an emphasis on training and battling, most humans have one or two Pokémon partners that simply travel with them and enjoy day to day activities. While talking to a human might not get the results needed, Pikachu is able to speak their partners in order to get the information necessary to progress through each case with Tim. Pikachu is also an incredibly likable character, and while at first might seem a bit odd, is actually quite lovable like one might think for the mascot of the franchise. Tim is a little bit more on the bland side as a character, and is easily out shined by most of the cast, but as a character meant to more likely represent the player does a great job assisting Pikachu. 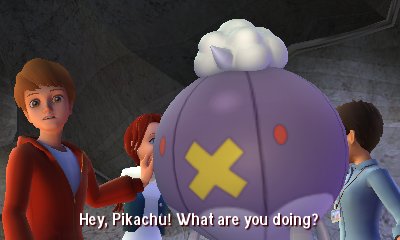 There’s a lot of titles for 3DS that take advantage of what the system can do and Detective Pikachu does a wonderful job of pushing it to its limit with a wonderful cartoon style. Not only do the Pokémon look great, but all the humans are delightfully animated with no two key character looking alike. While exploring, each human and Pokémon even has their own set of movements or talking they’ll do to one another, simply adding to the lively world. Athough there is no 3D functionality, given how fabulous the visuals are already, it’s unlikely it would have enhanced it much more. The music, while enjoyable, might not be quite as memorable as a main line Pokémon title, but still manages to hit tones at the right time that makes it a thrilling ride.

The only big issue with Detective Pikachu is how easy it is. Getting an answer wrong or missing a quick time event yields no consequences. When incorrect, Pikachu will tell Tim that it isn’t right and let him choose again until he has picked correctly. There is also no way to miss evidence before continuing, as Pikachu will not allow Tim to go to the next area until he has gathered everything he needs. While this may be nice for younger players, it would have been nice if there was an alternative difficulty option that relied on close attention to all the details rather than Pikachu’s constant guidance to answer questions. 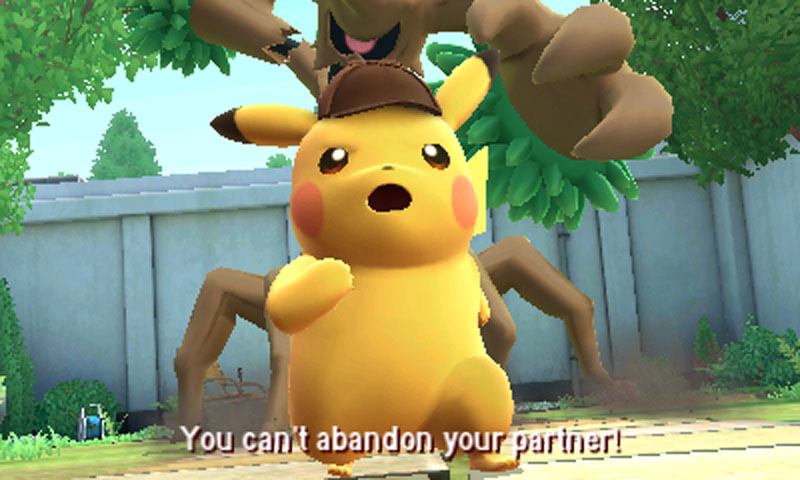 While it’s an odd idea for a spin-off, Detective Pikachu manages to create something never seen in the series that works better than anyone might have expected. The only thing it’s missing is a way to make things more challenging, as even younger players would likely feel as though their hand was being held a bit too much. As there are still left some questions unanswered, it seems likely that even more could come from this idea down the road. Detective Pikachu is simply a delightful time and shows that there is a lot that can be done with the Pokémon world outside of training to be the very best.