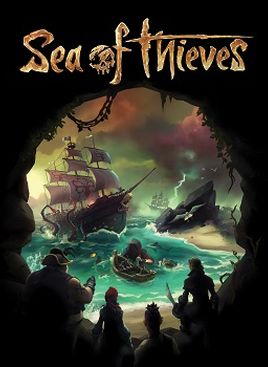 Sea of Thieves has been boggling us for the past few months leading up to its release. After all, this pirate-themed MMO title is meant to be one of the year’s biggest games, but yet little of us here at HG showed any real enthusiasm for it. And it’s not that it didn’t look fun, with its swashbuckling adventures, naval combat and even the ability to even shoot yourself out of a cannon. But there was just always something that always seemed to be holding it back. And after having spent some time with the game, it’s not hard to see what that something is, because while there is fun to be had, this game feels a bit more like a pond than a sea.

The setup for Sea of Thieves is that you wake up as a pirate in a tavern on an outpost in the middle of the titular sea, head to your ship, and then…um…basically proceed to just do pirate things. Because…pirates. Yeah, needless to say, a lack of detailed world-building already sticks out as one of the most notable flaws. There’s no real driving force behind everything other than “go be a pirate.” Sure, there are hints of something bigger in the various tribal markings and shrines you find, but they’re as bare as possible and don’t contribute a lot. You do have various trading companies to work for, ghost ships to sail on when you die, a vicious kraken, salty buccaneers that sell you goods…but they don’t necessarily blend into a cohesive world. It feels more like someone just spread out a bunch of standard pirate cliches and just decided to roll with it.

Going back to the trading companies, though, the three of them basically dish out the game’s main quests from various outposts. There’s the Order of Souls, a group of mystics that ask you to hunt down various undead pirate captains and bring back their skulls, the Merchant Alliance, a group of professional businessmen who task you with gathering and delivering various items and animals, and the Gold Hoarders, a somewhat raggedy bunch of gold lovers who request you to find various buried treasure chests through maps and clues. Or to sum up their respective gameplay and missions, “Kill all the things,” “Fetch all the things,” and “Do things actually directly related to being a frigging pirate.” 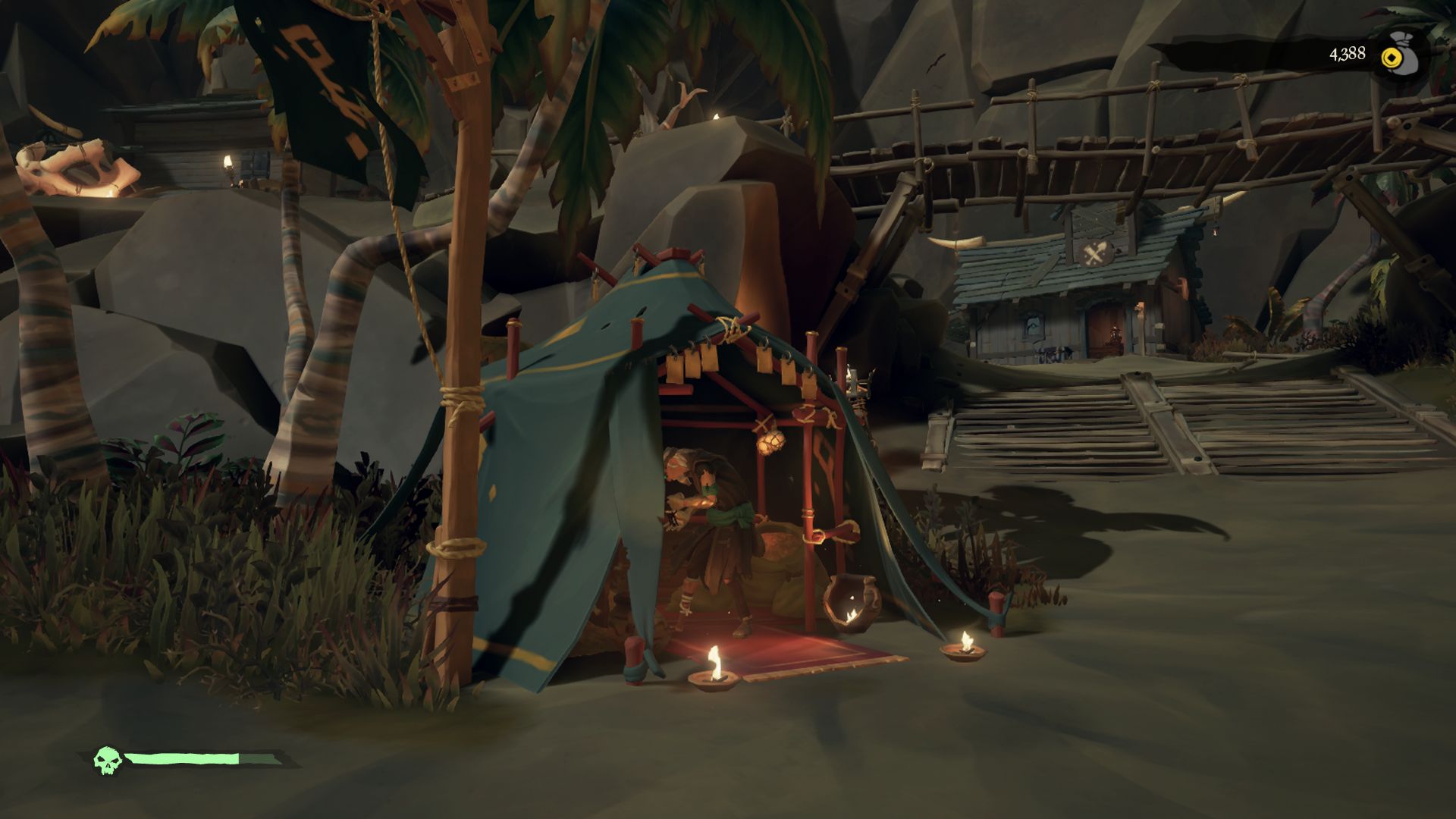 Yes, there’s a reason why the first crew I joined told me that everybody basically just does the Gold Hoarders’ quests.

It isn’t just process of elimination, though. The other two trading companies and their quests aren’t bad, sure, with decent first-person combat, exploration and general gameplay mechanics, but it’s the treasure hunts where Sea of Thieves gets to show off the parts where the most work was put into it. You have to analyze the maps given to you, track down the location on the map, set a course there, arrive preferably without any damage to your ship. Then depending on your map, you either decipher a series of riddles and find landmarks on each island or analyze the geography of the land in order to find the spot marked by a red X, per tradition, then finally dig it up and battle the cursed skeleton horde that appears.

It works because a lot care and detail was clearly placed into crafting each island, from every cave drawing, statue, and wreck to the wildlife and foliage. The graphics in Sea of Thieves are amazing in general, nicely blending lush tropical landscapes with Rare’s traditional, cartoonish style. The water in general looks astounding, with crashing waves spilling onto your ship as they tilt towards the side and physics are astonishing, with every hit from the ocean delivering a grand impact that you can feel. It almost gets to the point where just simply sailing around is a treat for the eyes. 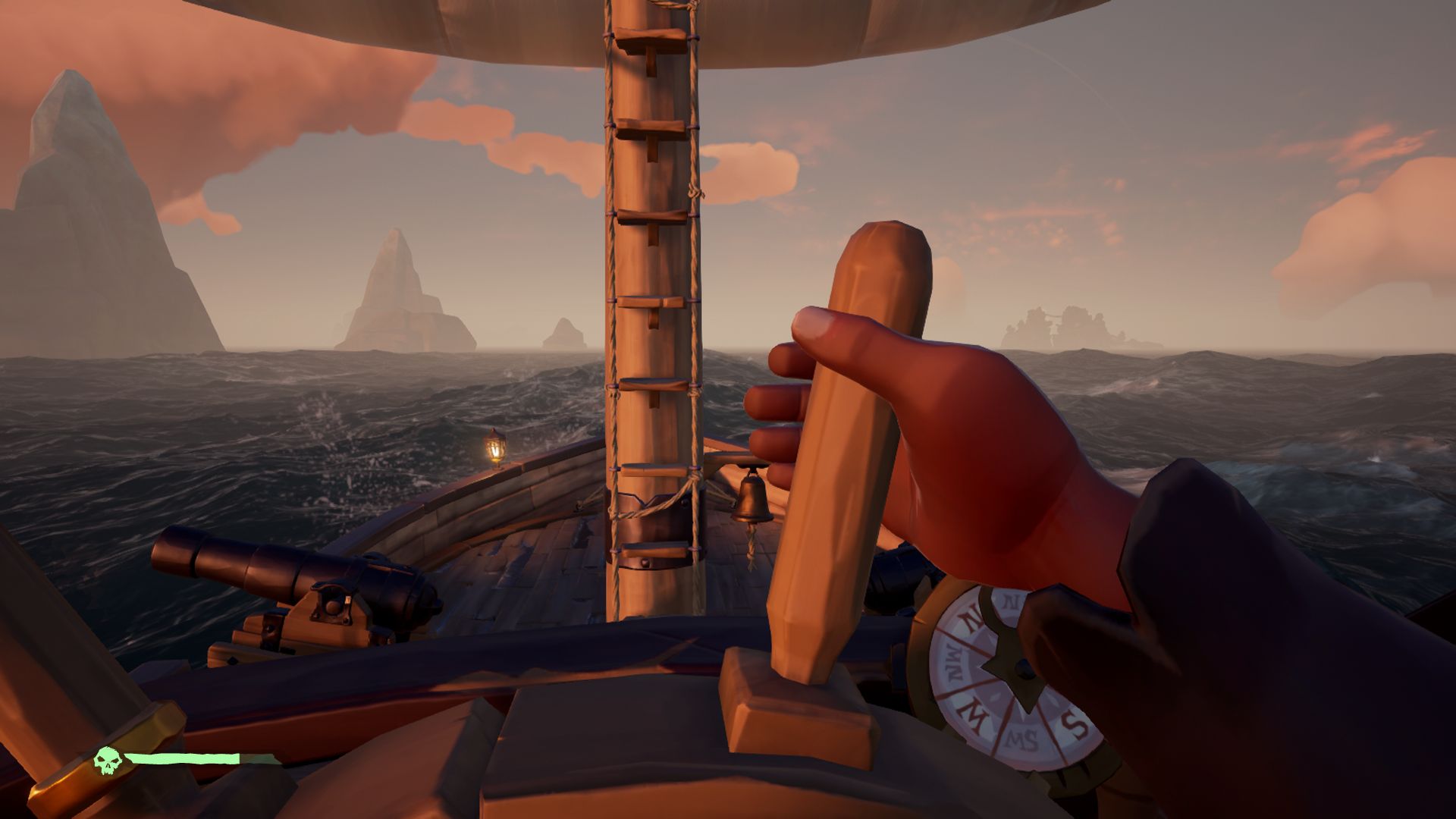 Of course, if you are sailing about, it’s best to do it with friends or other players in general, because playing alone is a massive chore. It wouldn’t be that bad if you had a simpler vessel to get between islands, but even the smallest ships are still clearly built around having a crew to manage the sails, map, steering, anchor, cannons and more all at one. Unsurprisingly, trying to manage all of that at once just gets frustrating quickly and will lead to more than a few crashes the first time around. Heck, even if you are with other players, the game is based around being able to easily communicate with each other, so you had best all be on the same page if none of you want to get left behind.

Now, when you can get a good-sized crew that can all communicate? That’s when Sea of Thieves truly comes alive. This is a game that can master the art of camaraderie as you help each other out by telling the player at the wheel what’s past the sails in their view, keeping an eye out for shipwrecks with potential loot, splitting up to search an island and swap clues and findings, or even firing flintlocks at sharks from the ship to help save players making a swim for the ladder while carrying the treasure you found. Heck, even just playing around with the musical instruments or getting drunk on grog during a quieter moment provides some laughs and levity as a group. Working as a crew is just as fun and rewarding, and is clearly the game’s biggest strength.

It’s a good thing that journeying as a group is rewarding, though, because the actual rewards are lacking. You can bring back various loot to the trading companies to earn gold and gold can be used to purchase various items and clothing. But Rare’s decision to make all of the items purely cosmetic is a bit of a double-edged sword. On one hand, it means that you won’t ever run into any ships with pirates whose levels are in high double digits that blow you out of the water, ensuring that everyone remains on equal footing. But without any items that enhance the experience behind minor appearances, there’s not a whole lot to shoot for here. This also means that one easily gets the feeling that you can receive the whole experience within the first few hours, as little evolves (combat pretty much involving only two or three weapons). Needless to say, if Sea of Thieves is ever going to thrive, it’s going to need to step up its game when it comes to new additions and content in the future. 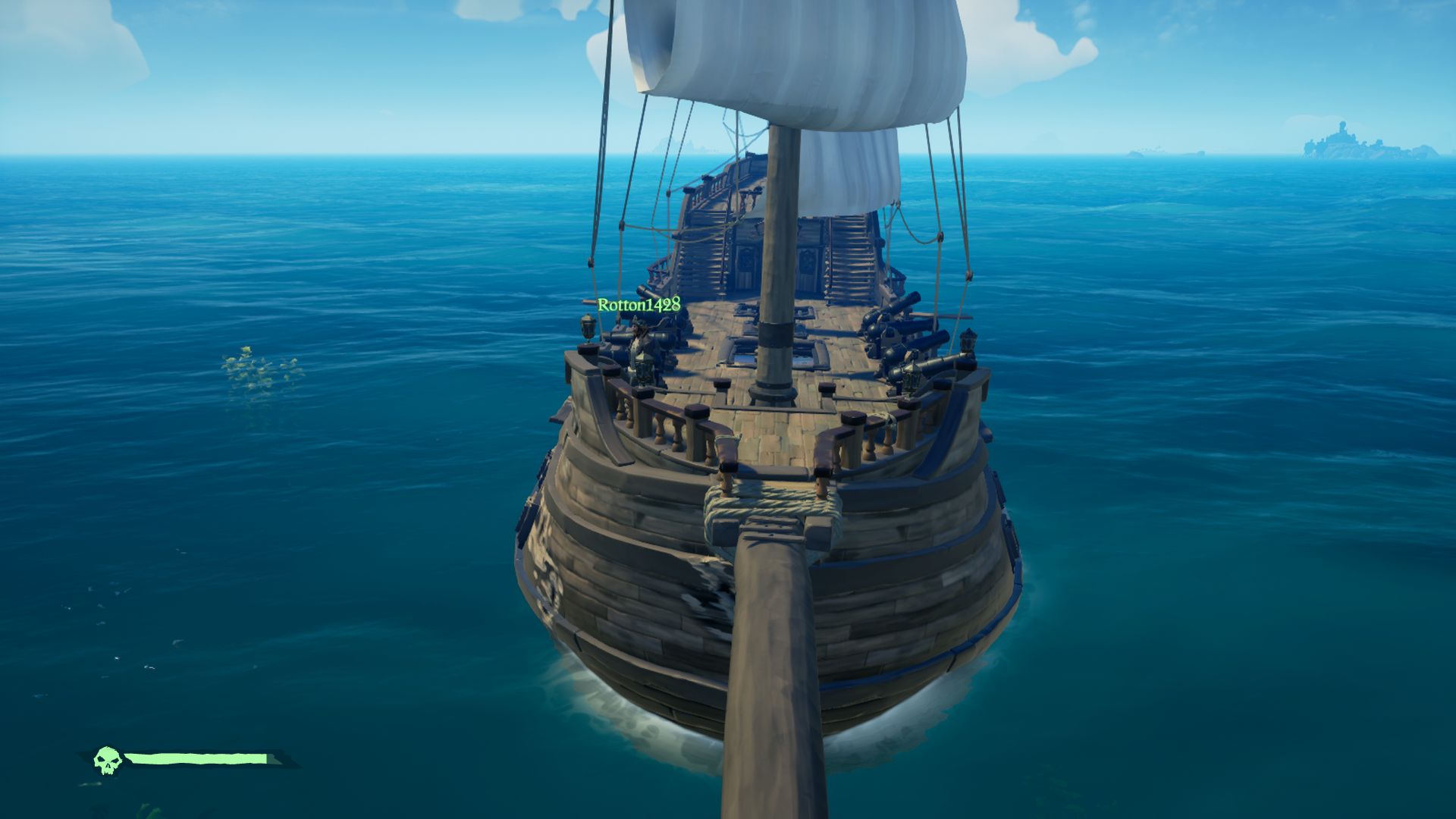 When Sea of Thieves clicks, most likely because you have a full galleon of fellow pirates to work with, it can create a rousing, fun experience whether completing a long voyage for the Gold Hoarders or even just sailing around, looking for any hidden secrets or loot. But remove that and becomes clear that you have a game with little in the way or content or variety. It’s still decent, of course, but it’s nothing to write home about without a group. There are probably several more depth-related puns to be made, but let’s just say that to get the most out of things, you had best work out something with some friends or fellow players to create a devoted crew, lest things get shallow quickly.