If someone were to ask six people to state their favorite Final Fantasy title, it’s likely there will be six different answers. Regardless of which title a fan of the series holds most dear to them, Final Fantasy VII is a contender for being the single most important entry in regards to the massive worldwide popularity of the franchise. It’s not without its imperfections, but its emotionally compelling story, memorable characters and phenomenal soundtrack make it easy to see why this title had the impact it did. While none of The Compilation of Final Fantasy VII spin off titles were able to recreate the grandeur of the original, some of them are quite good in their own right and their very existence is a testament to impact Final Fantasy VII had on gaming culture and why its remake is so anticipated.

Third Editions recently released their English translation of The Legend of Final Fantasy VII, which is a book that is a companion piece worthy of the game it is written about. The Legend of Final Fantasy VII delves into the lore and history of the world, Shinra’s parallels to fascism, the characters and almost any facet you could ask for. The development of the game is discussed, along with a multitude of secrets and the method of what made a certain death so meaningful. The Compilation of Final Fantasy VII titles are discussed and analyzed, and some of the details of Advent Children actually make a modicum of sense when examined in this text.

To give an example of some of what is discussed in The Legend of Final Fantasy VII, there is a brief overview on mythological references in the naming of aspects of the game world, which ties into just about every Final Fantasy game. Many of these are well known, but the influences of Jenova and Sephiroth aren’t quite common knowledge. These names are derived from Hebrew influence, with Jenova being similar to Jehovah, and Sephiroth comes Sephirot, which in the Kabbalah represent the emanations from the process of creation. Viewing these names in that light, Sephiroth is one of the emanations of Jenova which actually makes a lot of sense in the context of Final Fantasy VII. 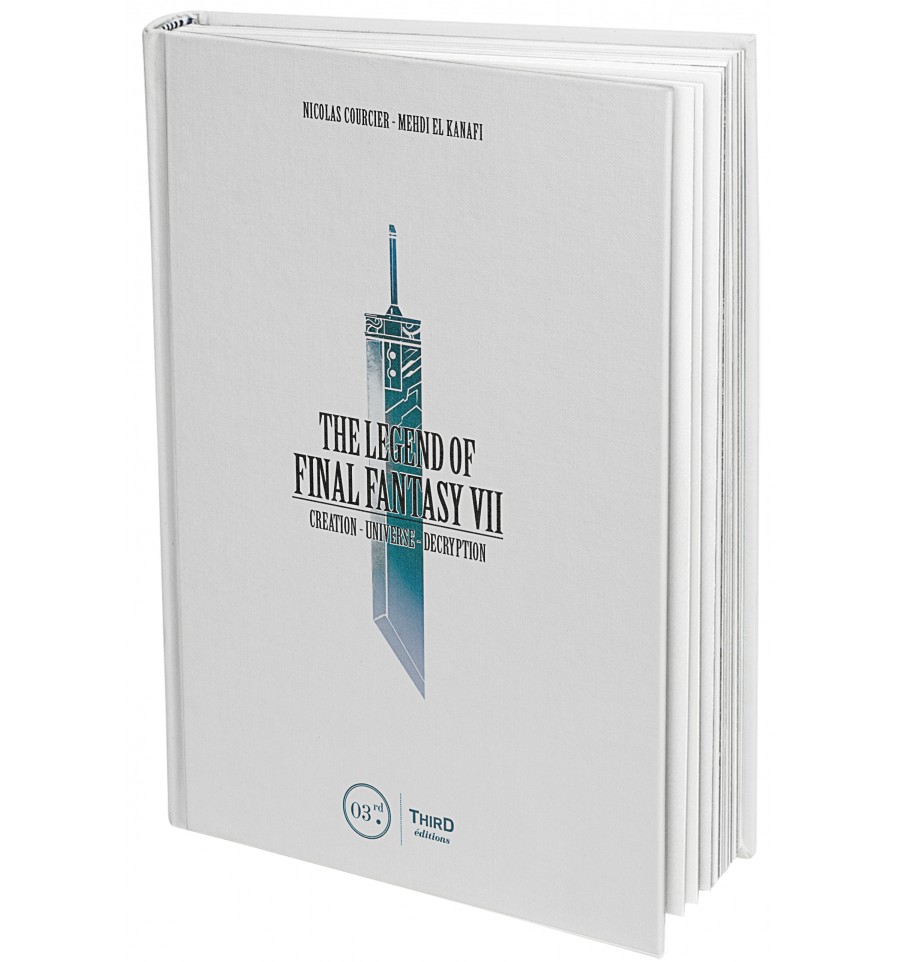 Getting into the game development, there is a brief discussion about how certain aspects of the story came together as a result of collaborative discussions, which resulted in the Final Fantasy VII we know and love to be quite different than how it was originally designed. It’s mentioned that back before everything had to be voice acted and recorded to sync up with CGI cinematics there was greater freedom to make changes like this on the fly, which could have also played a role in other memorable stories in Squaresoft’s catalog.

This is only a small portion of what is contained in The Legend of Final Fantasy VII. Third Editions books might be excessive for casual fans of a game, but when they publish a book on one of your favorite titles it’s a wonderful feeling to have access to such a wealth of knowledge. Hardcore Gamer recently covered their book about BioShock and intend to continue to provide coverage on their other titles. Third Editions currently is running a Kickstarter campaign that has reached the initial funding goal so English translations for books on Final Fantasy VIII and the second volumes for The Legend of Zelda and Dark Souls will be published in the near future, but there are some stretch goals remaining, the current one being a book on the works of Yoko Taro, the genius behind NieR and Drakengard.