With the vast multitudes of games that are released every year, it’s imperative that the developers find a hook to separate themselves from the competition. This is even more true when it comes to indie games, as for every massively popular game like Axiom Verge there are hundreds of other titles that go largely unnoticed by the gaming community. Mundaun is a horror game mixed with a walking simulator, which given how walking simulators are actually a genre now and there are enough horror games everyday can be Halloween, that pitch by itself won’t get too much attention. The adage a picture is worth a thousand words applies here, as what put Mundaun on our radar was its greyscale hand-drawn pencil sketches that were used as the basis for the graphics.

In Mundaun the player assumes the role of a fellow named Curdin who recently learned that his grandfather died in a fire. Something about this event seemed mysterious, so in order to investigate this occurrence, Curdin travels to Mundaun mountain in the Alps to try to make sense of what has happened. Given that this is a horror game, it’s not long before he discovers that some diabolical force is present and haunting any remaining inhabitants that chose to remain in this area. To unravel this mystery, Curdin must ascend Mundaun and reach the desolate snow-covered peak. 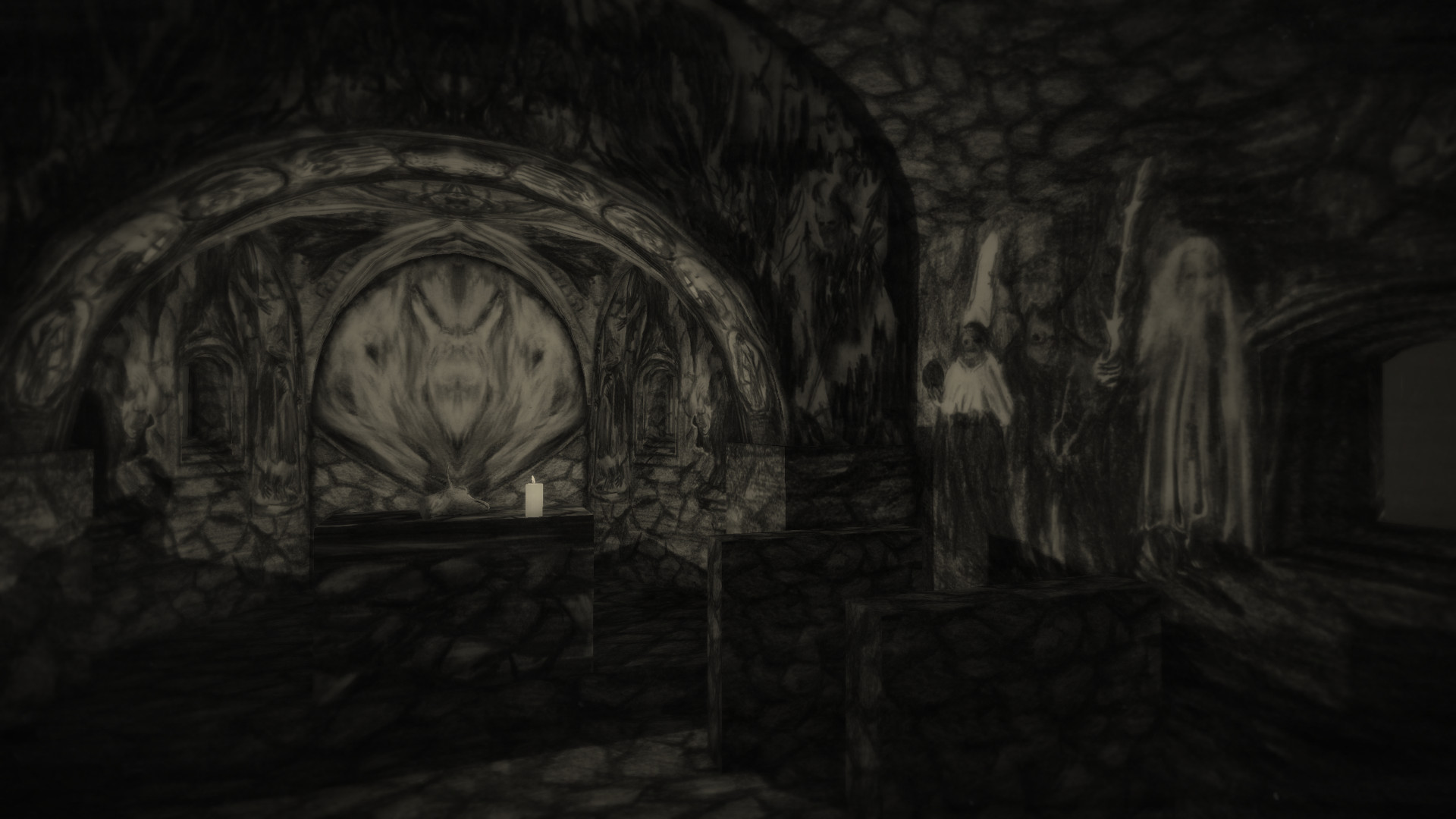 The alpine setting sets the backdrop for this unsettling adventure. Creator Michael Ziegler has been fascinated by dark and mythical folklore for most of his life, and as a result the world we find in Mundaun blends the lines of reality and myth. As the player ascends the foreboding mountain they will encounter things that will remind them of this. Grassy meadows, trees and mountainous rock formations will decorate the landscape and vehicles such as hay loaders and sleighs will be available, which wouldn’t seem out of place at all in this landscape. But because of the artistic direction, none of this natural scenery will be seen in vibrant, natural colors; just various degrees of grey that remind the player of how bleak this area is.

This mountain is teaming with bizarre creatures roaming the landscape, who are as horrifying in appearance as they may be intriguing. The humans that remain on the mountain can be best described as eccentric, having gone mad by the diabolic forces at play or perhaps they have even become possessed. There is no hope to befriend the other people as they have abandoned the common tongue in favor of speaking an obscure language of origins unknown. The alps are traditionally thought of as being a beautiful tourist attraction, but in Mundaun they’ve been transferred into a waking nightmare that the player willingly enters. 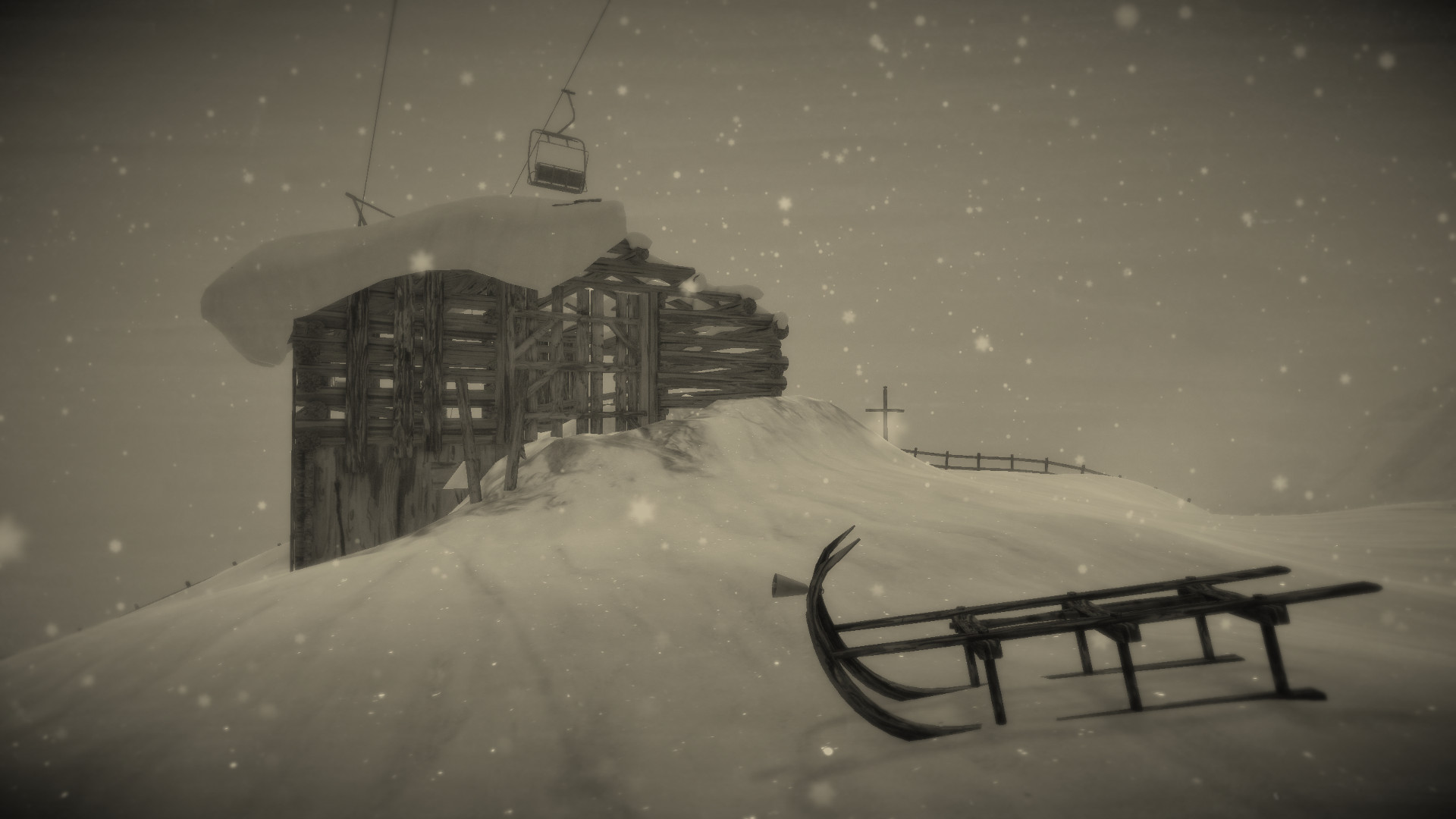 Mundaun appears to combine puzzle solving and combat with the general free to explore the world at your pace feel of a walking similar. While the tone is entirely different, Lifeless Planet comes to mind as a comparable experience, though we’ll see if that comparison holds up upon release. Mundaun is currently targeted for a Fall release in 2018 for PC, Mac and Xbox One.