At this year’s GDC, Hardcore Gamer had the chance to check out Vandals, a turn-based puzzle game where players control the titular vandal as he sneaks around police, guard dogs, security cameras and more in order to spray-paint art onto buildings and get away in the nick of time. It’s designed much like Hitman Go, except with various different gameplay wrinkles that set it apart from the pack. Here, players visit five distinct places and periods in time where tagging was prominent, including Paris, New York, Berlin, Tokyo and Sao Paulo.

The gameplay is simple but effective: players must dart around security in order to reach a tag-able wall. They can do this by whistling to attract the guard’s attention and then quickly scurrying around them as they’re distracted. Players can slip through holes in fences, teleport using sewer grates and more. Once the player reaches the wall, they can draw their own creation using their phone’s touch screen or their computer’s mouse. Stencils are also available for those who are less artistically inclined. 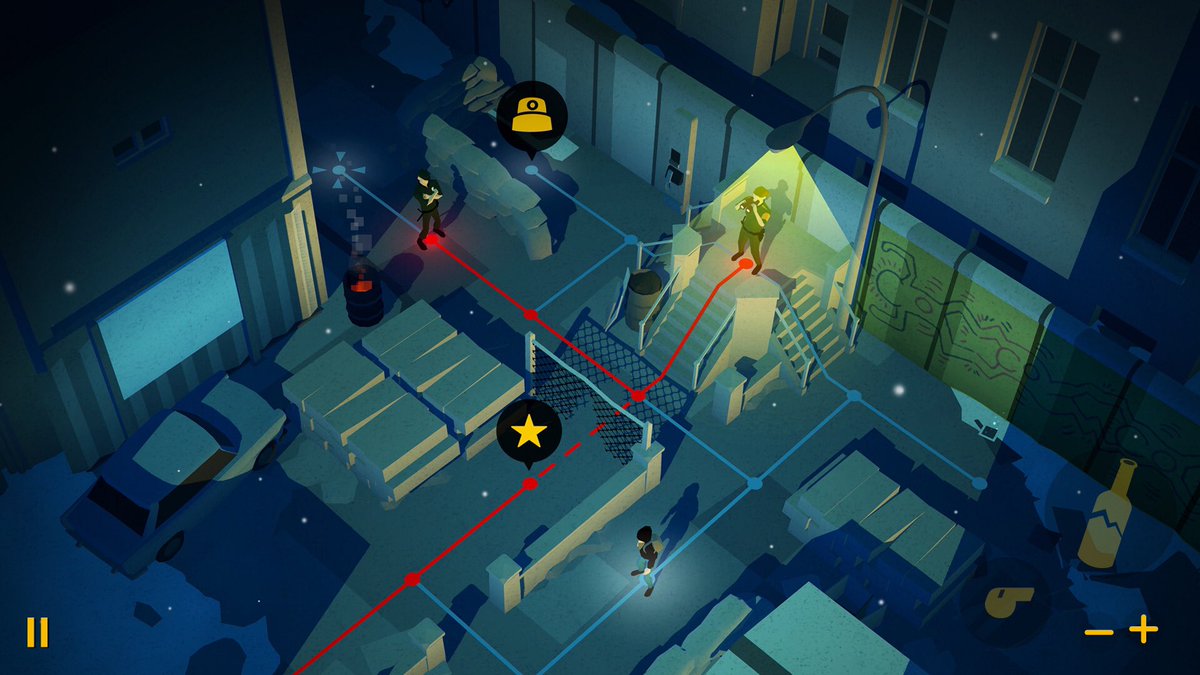 Though the spray painting may be finished, the player isn’t done yet. It’s time to get out of the area before the authorities find you – this can often be the hardest part of the level. With all those turns you spent carefully maneuvering your way to the wall, it’s important to plan a getaway strategy as well, knowing the heat will be right on your tail afterwards. There will be a final marked spot you must reach after the wall, using the same tools at your disposal. To increase the challenge, each level has at least one space containing an optional collectable marked by a star. Getting this will increase your ranking in that level.

One of the most interesting aspects of Vandals is its focus on art history. Upon completing levels and getting that hidden bonus, you’ll be treated to interesting tidbits pertaining to street art in the game’s five different cities, from early street art in Paris to the modern offerings in Japan. You’ll almost certainly learn a thing or two about this oft-neglected art form by the time you’ve finished Vandals. 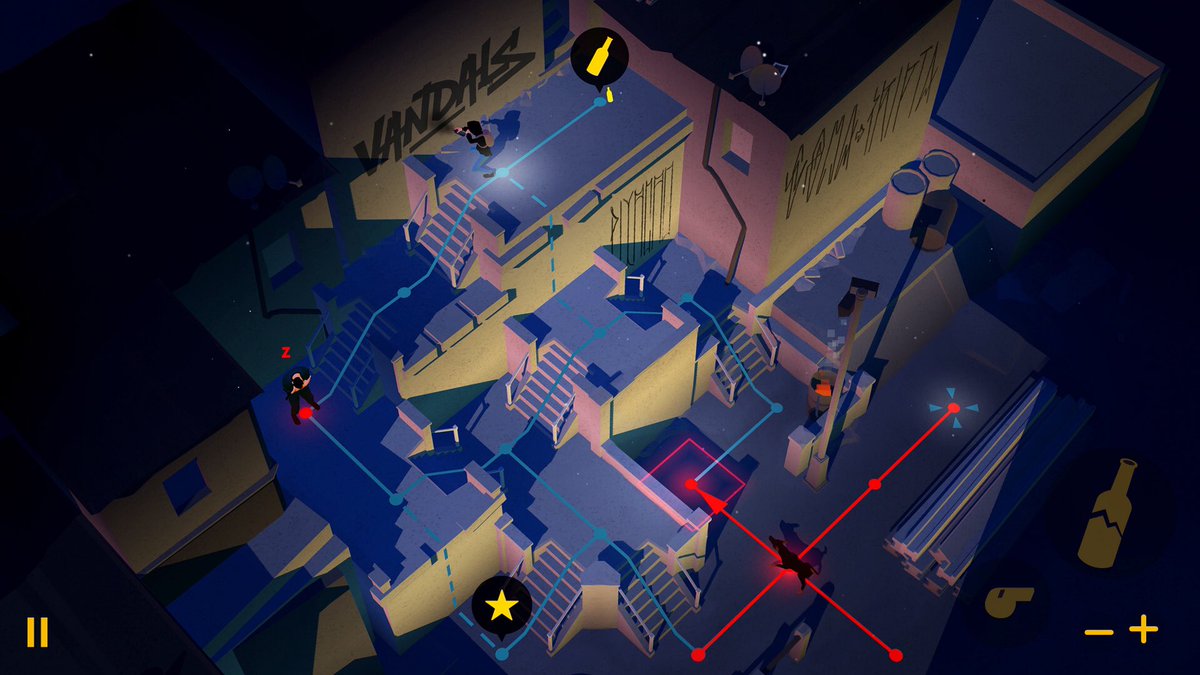 The art style is naturally compelling and fits the gameplay well. It’s simple, colorful (but subdued) and has an almost neon quality to it that’s hard to place a finger on. The art you create looks as detailed or simple as you want it to. The animations are smooth and consistently interesting, whether the vandal is scurrying beneath a chain-link fence or running away from the authorities.

Releasing in less than two weeks, Vandals is hitting Steam, Android and iOS devices on April 12. Costing $5.99 US on Steam and $5.49 US for mobile, it’s a solid deal for its 60 levels spanning five different locations and time periods. The publisher ARTE has become known for their simple yet decidedly intellectual output and the one-man developer Cosmografik has honed his craft on the font-influenced Type:Rider released in 2013. Keep an eye out for this unique experience if street art or turn-based strategy games tickle your fancy.