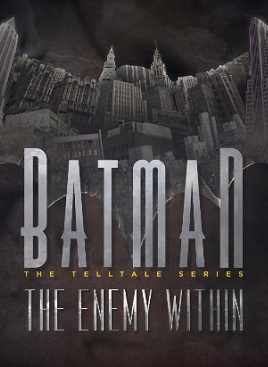 Of Telltale’s recent series over the last few years, their adaptation of the Batman franchise has proven to be one of the studio’s more prominent undertakings. With a national marketing focus and a largely positive reception, Telltale’s first season of their Batman tale was an easy sell for those looking for a well-constructed comic book-based video game with Rocksteady’s recent endeavors with the Dark Knight coming to an end the previous year. One of the adaptation’s most intriguing aspects was its unique approach to several classic Batman villains, including the Penguin and a brief look at Bruce Wayne’s ultimate nemesis, the Joker. For the second season, Telltale made it abundantly clear that the Clown Prince of Crime and the Dark Knight’s relationship would play a large role in the upcoming set of chapters that began in the second half of 2017. Nearly seven months later, Batman: The Enemy Within’s five episodes have come to a close, and thanks to a stellar crew of voice actors, engaging action sequences and some truly tough choices, the sophomore season of Telltale’s Batman series has turned out to be a memorable, if inconsistent, one.

This review will only address minor spoilers from the early sequences of the season. For more detailed looks at each of the individual episodes, check out our reviews of The Enigma, The Pact, Fractured Mask, What Ails You and Same Stitch.

The Enemy Within kicks off a year after the first season, as both Bruce Wayne and Gotham are recovering from the chaos caused by the Children of Arkham. Nothing really stays quiet in Gotham for long, as the return of one of the city’s original villains sparks a series of events that leads to the arrival of the Agency, a mysterious organization with the equally chilling Amanda Waller at its head. As the Agency’s true intentions start to become known, both new and returning villains and allies make their presence felt, as players must utilize the talents of both Bruce Wayne and Batman to save Gotham once again. While not every villain receives the same unique treatments that Telltale gave to the first season’s roster, each one plays an intriguing and prominent role throughout the season, often remaining the highlights even during the slower chapters. Bruce Wayne’s limited collection of allies are also well-developed, including the protagonist himself, with the majority of the voice cast providing some truly stellar performances that helps the occasionally erratic dialogue go above and beyond. Troy Baker as Bruce Wayne and Anthony Ingruber as John Doe deserve a special shoutout for making the Batman and Joker dynamic feel grounded despite the circumstances, and raising their sense of interconnection and drama to high levels as their relationship evolves alongside the player’s choices and actions. 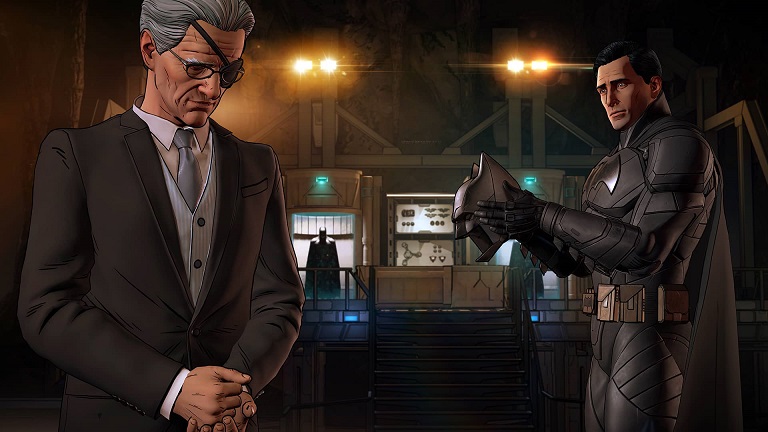 Just like in the previous season, The Enemy Within’s interactive gameplay outside of the dialogue relies on two key facets: detective work and skirmishes. The balance between the two slowly shifts throughout the season, as the investigation-filled first episodes are evened out by the combat-heavy final episodes. The investigation sequences play out largely the same to the original season’s counterparts, with fairly straight-forward puzzles that often serve more as filler than as any sort of significant plot progression or intriguing gameplay. Fortunately, the instances of combat tend to regularly amaze with their excellent camera-work and well-constructed QTE sequences, providing some legitimately jaw-dropping fights as Batman is pushed to his limits against a bevy of enemies. Throughout the ten hour adventure, the player is rarely left doing a similar type of activity for too along, as Telltale keeps the pace of the gameplay moving even when the story hits a few bumps.

The combat in The Enemy Within is not the only aspect to receive a presentation overhaul, as the camera-work throughout the game feels much more cinematic, adding a sense of gravitas to the on-screen proceedings. The soundtrack does a similarly strong job of keeping the tension high, with the main theme being a particular standout that is reminiscent of Rocksteady’s work with the Caped Crusader. While the graphical styling remains largely similar to the first season, there’s a greater sense of detail, particularly in the character design of Joker and some of the new villains that is easy to appreciate. The most notable technical improvement to The Enemy Within is the lack of crashes and stutters, as Telltale’s latest effort is a marked step-up from a stability standpoint compared to some of their other productions. While The Enemy Within can largely be played as a standalone tale thanks to a useful background-filling tool, the ways in which the story does incorporate choices from the first season range from subtle to largely noticeable in ways that would certainly justify a playthrough of the original season for those who have not yet done so. 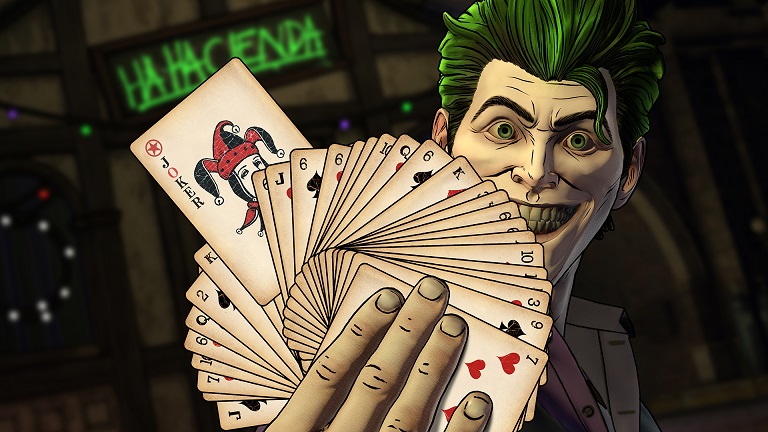 Batman: The Enemy Within is an improvement on the first season in nearly every way, with enhanced combat sequences, a strong presentation and voice cast and an engrossing relationship between Batman and the Joker that produces some memorable and heart-wrenching moments that feel well-justified by the player’s choices up to those moments. A few slower-paced sequences hold the story and gameplay back during the middle chapters, but the powerful opening and closing episodes end up creating a must-play for Batman fans, as well as a solid tale for adventure game players that will leave players eager for a third season.