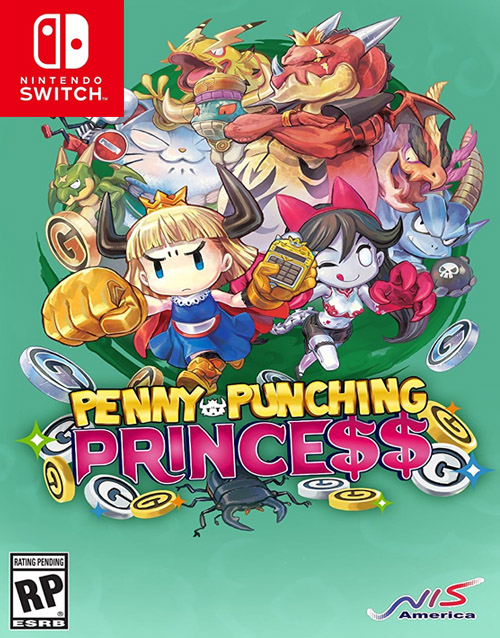 The Switch has played host to many strange RPGs since its launch in 2017. Penny-Punching Princess manages to find not only ways to stand out amongst the crowd, but also shine as one of the most ambitious on the platform. In theory, it’s an overhead action RPG with a touch of old-school Zelda action and a theme of money equaling power. In execution, it’s a game that blends action, comedy and RPG-style character growth together to form a unique experience. It’s a slightly-flawed, but thrilling game that rewards skillful play and encourages trying bold new things to succeed. Much like how financial rewards are often tied to great risk, the princess of our tale must sometimes take chances to survive a difficult battle.

RPG fans expecting a deep story are going to be a bit disappointed, but those seeking comedy won’t be. The princess lost her father many years ago and her money alongside him. Now she’s out to destroy the Dragoloan family that sent her own family down a path of financial ruin. Unable to trust people, the princess only trusts money and her calculator. She’s a bit bitter, while her bug servant puts up with her and tries to give her sound life advice. Much of that involves praising her for kicking tons of ass and that’s something the princess is quite good at. Thanks to her ability to punch enemies and also summon hidden skills, she has the brawl to battle the Dragoloan family and their underlings.

Perhaps her greatest gift is her calculator, which allows her to do all sorts of amazing things. High school math classes had the TI-83 and while that thing could play a basic version of Tetris and pass the time, it couldn’t summon gigantism spells or cause rocks to rain down from above — at least not without a firmware update. Beyond punching and magic attacks, the calculator is the go-to device for not only dealing out damage, but also saving your bacon in a time of need. Bringing it up is a bit clunky, as you have to hit ZL and then ZR for quick actions like a bribe for your nearest enemy — while more exact commands are done with the d-pad. This is fine in theory, but without the action being paused, it can lead to quite a bit of chaos. If you’re surrounded by enemies, you can easily wind up bribing the wrong bad guy and go from wanting a triple-decker cannon or giant dragon’s help to a tiny heart doling out a pittance of damage instead. 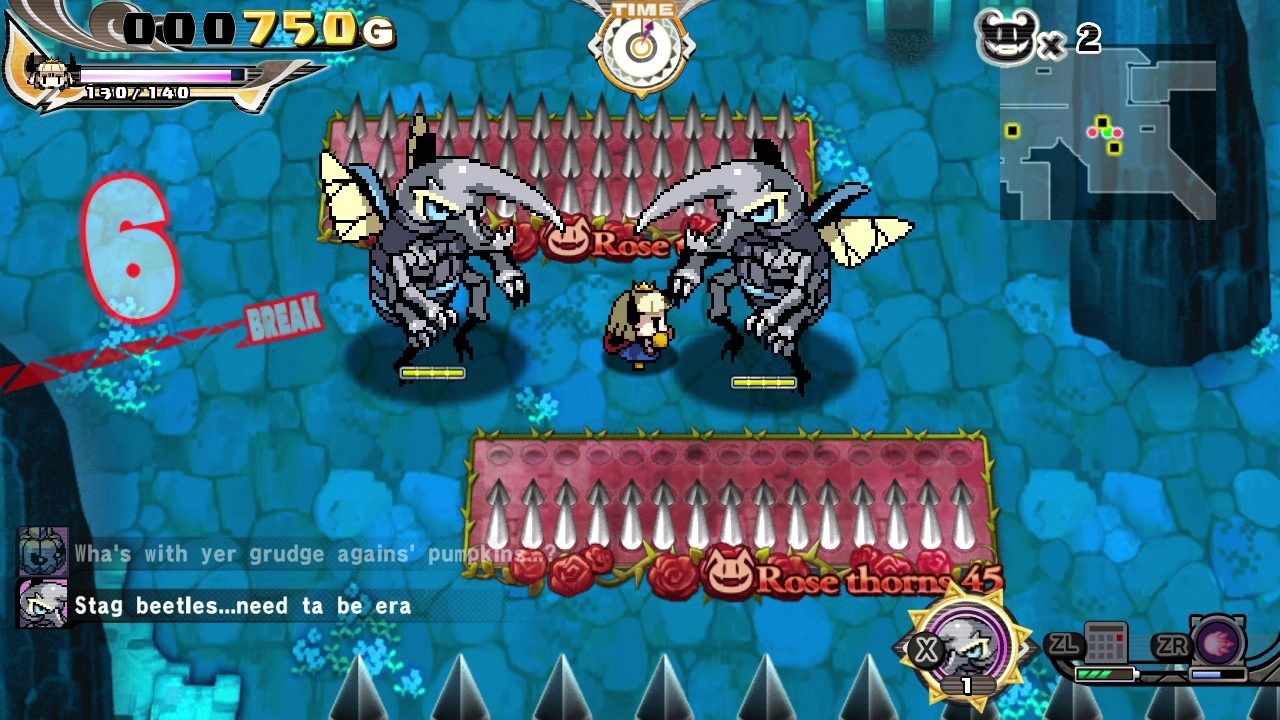 Fortunately, the interface does actually work — it just takes some getting used to and careful timing in battle to ensure things go smoothly. If things are frantic, kill a few enemies and suck more coins out of them by spinning the right stick around to build up cash reserves. Then, when you’ve got the calculator-summoning meter filled up by either doing that or waiting a bit, go to an empty part of the battlefield and do whatever you want. Using the God of Money essentially acts as a summon and can either heal you, damage enemies or increase your stature. In boss battles, always go for healing if you need it or damaging foes if the boss is near-death. Growing in size is fine for regular battles with a lot of enemies, but won’t do much good outside of that.

The calculator’s key use in the game is to bribe enemies and it can be a life-saver in busy battles. Beyond being able to summon a regular enemy, things like giant sawblades and the aforementioned giant cannons can be brought into battle as a result. The saw blade is the go-to for a carefully-laid trap and can kill a few enemies at a time or deal out massive damage to a single larger boss. The cannon’s spread fire allows several enemies to be knocked out at once, while regular enemies being recruited helps you not only clear the battlefield — but also add new armor to the mix as that can only be built with a certain amount of an enemy type being recruited to your side for research. New summons can be gained by gathering hidden coins during the dungeons, which offer up a surprising amount of flexibility.

You always have an opening and ending point, but you can also take several routes through them if you want. Some routes are more battle-filled and are a fine way to boost your money count — but every battle carries with it a risk of death. More hazard-filled areas test your platforming mettle by having you roll through them to avoid damage, but while that might preserve your health, it will also leave you with less money going into your next battle — so it’s a risk/reward scenario. If you’re willing to battle more, you’ll wind up with higher end-stage rankings and hopefully more money, but also run a greater risk of dying and restarting that area. Death thankfully only takes you back to the beginning of the floor on your current dungeon, which does eliminate a lot of wasted time. 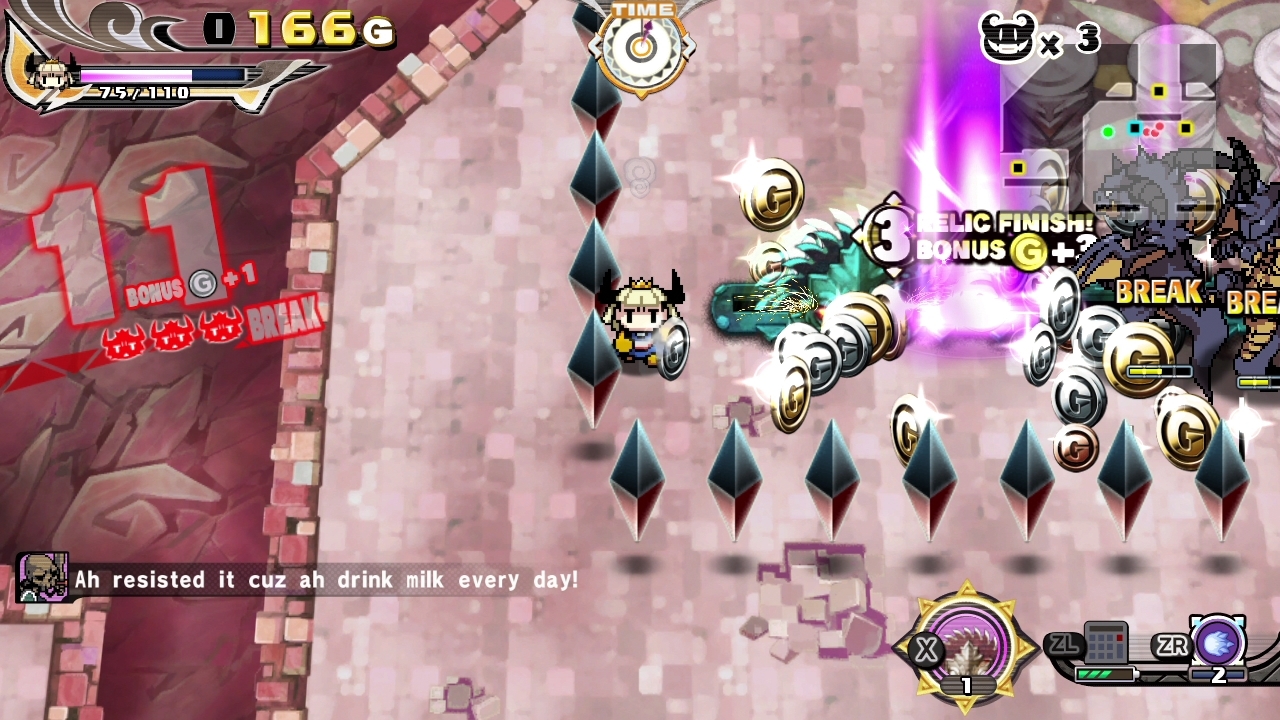 The action-heavy gameplay of Penny-Punching Princess is frustrating at times due to the calculator’s inclusion, but winds up being a lot of fun more often than not. Every part of the game offers up a fair challenge and while you will die a lot, you should also learn with every death. Usually, death is just a matter of rushing in and making mistakes that can be easily avoided with some foresight. Taking your time is the key to victory and allows the experience to be enjoyable even when the odds are against you. The control layout is excellent as well, with an intuitive layout that feels natural and that’s made better with responsive controls that do what you want when you want.

Visually Penny-Punching Princess uses a pixel art style that is somewhere between the mainstream 16 and 32-bit days. The characters and enemies have a sharp 16-bit style, while things like the environment and trap elements have a 32-bit level of color depth and detail. It’s an interesting contrast, but one that works surprisingly well. Characters are animated fairly well too, with just enough detail to look realistic, but not be so elaborate that attacks are laborious to sit through. Even the summon-esque God of Money spells are far more simplistic and don’t waste time. Musically, Penny-Punching Princess features a rock-heavy soundtrack that gets the blood pumping, but does suffer from the tracks being short and leading to repetition. The sound effect work is strong, though, with excellent effects for flames and a satisfying slice from a buzzsaw. 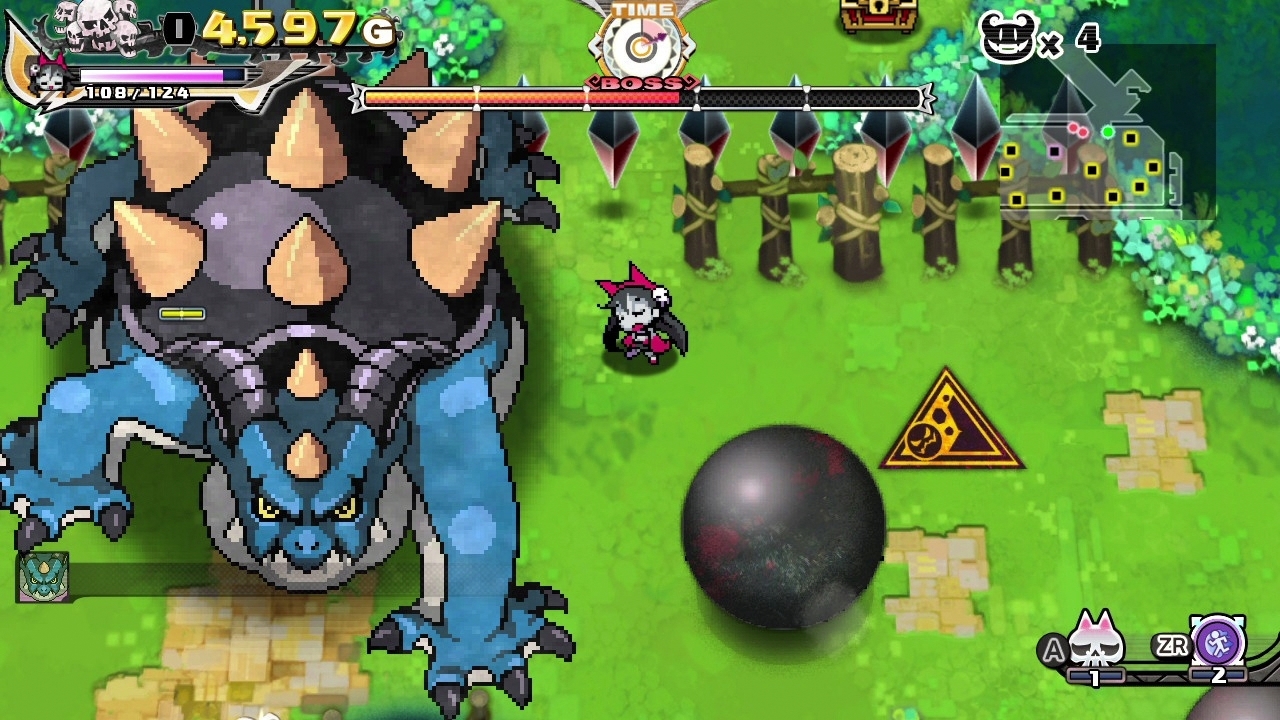 Penny-Punching Princess combines a lot of elements together and doesn’t quite form a completely-perfect cloth out of them. It controls nicely most of the time, but its on-screen calculator function gets in the way more than it should. The never-ending difficulty won’t be for everyone, but there’s a lot of fun to be had here for those willing to undertake a tough but fair challenge. It’s gorgeous with a killer soundtrack and impressive sound design as a whole. If you want something that blends overhead action RPG gaming with a faster-paced dungeon crawler motif, give Penny-Punching Princess a go.