Unlike The Lord of the Rings: The Card Game that is recommended to play with another person, Living Card Game is an entirely solo PvE experience where the player will always be going against Sauron’s forces in a story-driven adventure. Players will have a deck of three heroes of their choosing, with each hero bringing something different to the party. From what was apparent in the demo, Sauron’s forces are merciless and it will take attentive strategy and well thought out tactics to not end up in the trolls’ trough even with a well-balanced deck with powerful cards. 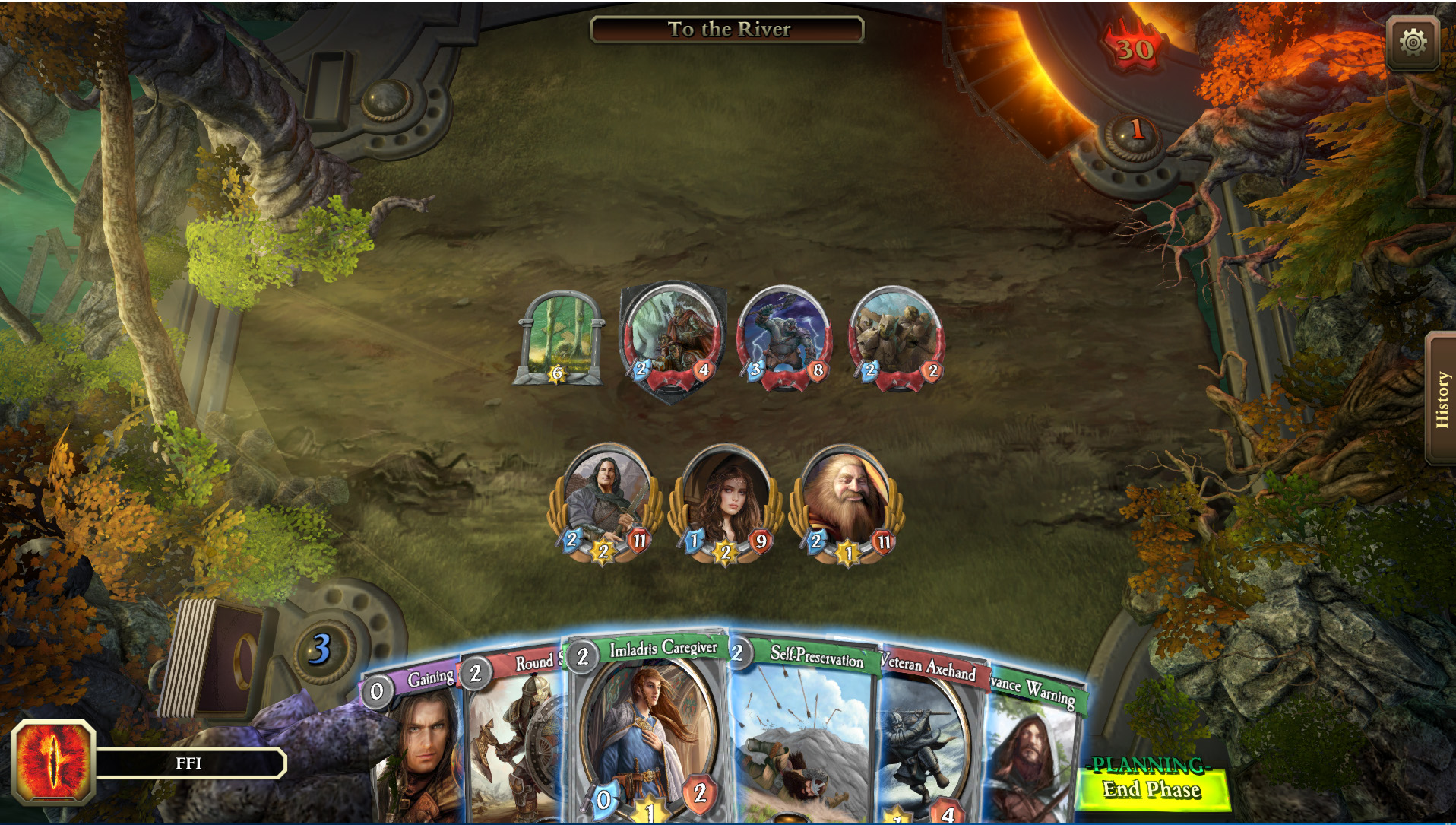 Part of the challenge stems from the threat meter. The game begins with a threat level at thirty, basically ten for each character. Leaving enemies alive can increase the threat as can powerful enemies showing up and bringing their own element of danger. If the threat meter reaches fifty, that’s game over for the fellowship. In addition to removing all the enemies from a level, there’s also a specific quest that needs to be completed, though this is usually something simple like opening a sealed gate. The player’s health is spread across all three heroes in play, which can make it tricky to keep everybody alive with stats carrying over from each battle, though this can add some excitement when choosing whether the player wishes to clear a level as quickly and safely as possible or take on riskier side quests.

One of the more appealing aspects of The Lord of the Rings: Living Card Game is its business model. Instead of having to buy multiple random packs with rarity levels in hopes of eventually getting the combination of cards the player wants, they’ll be able to purchase preset decks or individual cards. This ensures that the player will be getting exactly what they want. This does allow for more controlled experimentation with different deck builds as the player will already have an idea on what type of strategy they want to play around with and they will be able to build a deck based entirely on what they want to try. 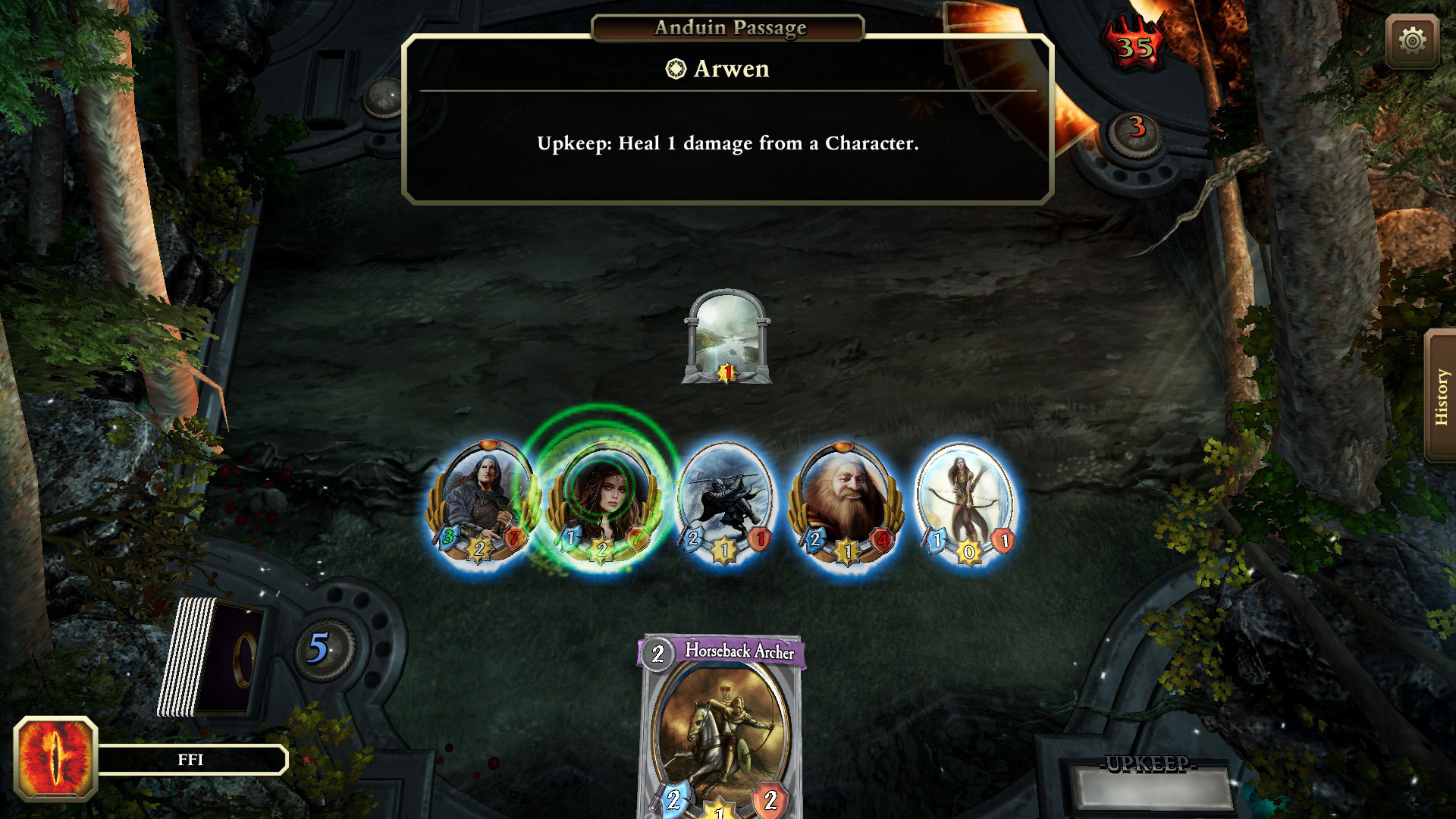 The Lord of the Rings: Living Card Game is published by Asmodee Digital and is currently on Steam in Early Access with five available quests. As is the case with every Early Access game, the goal is for the final product to offer a much more polished and complete experience but the current build is sufficient to get an idea on what the game is about. Based on the demo session, fans of the card collecting genre and Tolkien’s works should give this title a look. The Lord of the Rings: Living Card Game is free to play with the option to purchase the cards the player wants.